Ranbir Kapoor and Katrina Kaif are a classic example of exes can be friends. Recently, they shot for an ad together, but fans thought they did the shooting separately. Katrina clears the air. 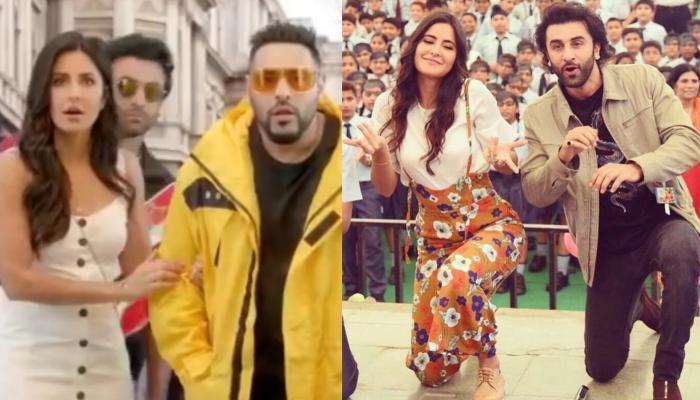 Can exes be friends? Well, well, well! While many would jump onto judging your friends who are cordial with their exes, but guys it is OKAY to be friends after you part ways. If you closely ponder over, there is actually nothing wrong in remaining pals in a healthy, mature, and respectable manner after a fallout. In fact, we have a couple of classic examples from the Tinseltown substantiating it. One amongst many are ex-flames, Ranbir Kapoor and Katrina Kaif.

No matter how much drama or discord Ranbir and Katrina’s breakup was filled with, today, the two are amicable with each other and even work together as and when required. It has been three years after this cutest couple had parted ways, but their friendly bond is still the same. In fact, a year after their relationship had gone kaput in 2017, Ranbir and Katrina had featured together in the film Jagga Jasoos, which they had even promoted until the day of its release. (You May Like: Sanaya Irani Turns A Year Older, Husband, Mohit Sehgal Shares A Cute Birthday Wish For Her)

Of late, Ranbir and Katrina again shook hands with each other on the professional front and did the new ad of OPPO Reno2. The advertisement also features famous Bollywood rapper, Badshah. In the first week of September 2019, Badshah had given many snippets on his social media handle, which had poked Katrina and Ranbir’s fans’ excitement. And finally, on September 16, 2019, Katrina took to her official Instagram handle and shared the video with a caption stating, "See More, See Clear with #OPPOReno2 #Quadcam with #20xZoom. Packed with 8GB RAM + 256GB ROM, Ultra Dark Mode and Bokeh Effect Video. Watch how I zoom in to the fun with OPPO Reno2 @oppomobileindia.” Their fans can’t stop swooning over their camaraderie in the ad. Without further ado, take a look here:

While many Rankat (as their fans love to call them) fans were over the top, seeing them together after a long time, there were a few who commented by saying that they have shot the ad separately. Reacting on the same and clearing the air, Katrina herself informed Mumbai Mirror, "Not true, we shot it together completely." And this puts all the rumours to rest! (Also Read: Sooraj Pancholi Opens Up On His Struggles And His Side Of The Story In Jiah Khan's Suicide Case)

Earlier, during an interaction with the Bombay Times, when Katrina was quizzed if she feels awkward in the presence of her ex, she had said, "I just don’t feel awkward and I don’t carry any heavy thoughts about it."

Sharing that she believes in lwtting bygones be bygones, Katrina had once told DNA, “I will tell you something important. A certain thing is already playing out in a certain manner. My reaction to it makes no difference. I can sit here and feel anger and bitterness. I can make myself unhappy. Or I can take into consideration that, how miserable I am makes no difference to anyone else. So, instead, I can lighten my own burden and say — let me be happy and at peace. And what is meant for me, will come my way.”

Katrina had also gone on to add, “I’m not trying to be Ms Goody Two Shoes. I’m not some extraterrestrial being. I do go through my own share of pain and angst. But I see no point in holding a grudge. Whoever it is (no names taken), I don’t see the point of holding on to anything unpleasant from the past. I would rather let bygones be bygones. I don’t think anyone is out there to hurt me. People are trying to do the best for you. But, sometimes, in trying to do the best for you, you get hurt. Too bad. However, I would rather have a friend than an enemy."

What do you guys have to say about Katrina and Ranbir's new ad shoot? Do let us know!