Ram Kapoor and Gautami Kapoor are married for almost 17 years and they still radiate #CouplGoals! Scroll down to see Ram Kapoor's hilarious take on his wife, Gautami with a funny video!

A marriage, whether arranged or love, is a 'work-in-progress'! From happy days to gloomy days, couples have to endure all weathers together by holding each other's hand. Although there are days when you don't understand each other but with every fight, you get more closer and develop an unbreakable bond. And television actor, Ram Kapoor shares an exactly similar bond with his wife, Gautami Kapoor. After so many years of living together, they still radiate #CoupleGoals! (Recommend Read: Anand Ahuja Goofs Around Wife, Sonam Kapoor While She Was Busy On A Call)

Before, we take you further into the story, let us take a look at Ram's extraordinary love story! It was in the 90's when Ram had first met his muse Gautami on the sets of a television show, Ghar Ek Mandir. While in the serial their chemistry had attracted the Indian audiences' heart. In reality, they had friend-zoned each other and never thought of dating. We remember how Gautami had shared that she was trying to play Cupid for him and in the process, they fell in love. The couple had tied the knot on February 13, 2003, and has made us believe in the power of love. 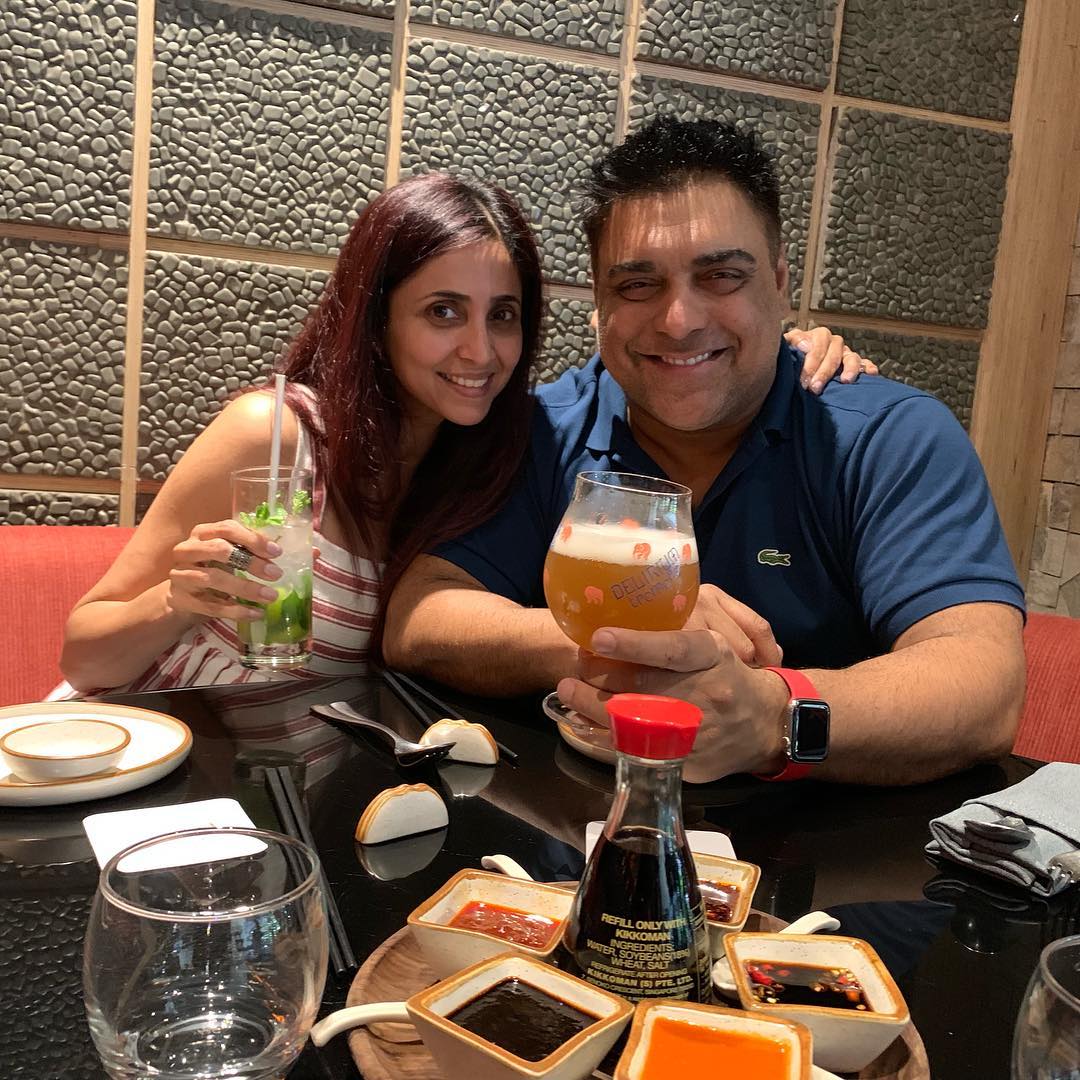 Ram and Gautami often share snippets of their 'happily ever after' on their respective Instagram handles. On April 19, 2020, Ram took to his Instagram handle and shared with the world how his wife, Gautami acts when she needs love. The actor posted a funny video of a baby hitting a man, who was busy in his phone and wasn't paying her any attention. Alongside it, Ram wrote, "My wife is a bit like this when she wants a kiss." Take a look at it below:

Well, Ram is a doting husband, who never shies away from expressing his emotions. A couple of weeks ago, he had gotten jealous of his own dog as his wife was feeding him from her hand. The actor was upset because his wife, Gautami has never ever given him this kind of love in their seventeen years of marriage. The actor had posted the video on his Instagram handle, and in the video, we could see Gautami feeding their pooch, Popeye. (Also Read: Taimur Ali Khan Resorts To Wall Painting With Father, Saif Ali Khan, While Mommy, Kareena Is Astound)

In a media interaction for his show, Zindagi Ke Crossroads, Ram had revealed how his 'darling wife', Gautami had helped him in shaping his career. He had said, "The reason why I am doing so well professionally is Gautami; it's only because of her. I am really lucky to have a wife from the industry who understands how it works here, who understands the pros and cons of the industry. She never asks me why am I working late night or travelling a lot. She just understands me so well. She has taken on the home front so well, she manages the kids so well and that lets me put my best in my career. I couldn't have done it without her." (Don't Miss: Salman Khan Sneaks Up On Rumored Girlfriend, Iulia Vantur's Live Session, Goofs Around Her)

Well, we love Ram's way of teasing his wife, Gautami! Ram Kapoor and his wife, Gautami Kapoor leave no stone unturned to take a dig at each other. We have often seen Ram complaining about not getting enough attention from Gautam, as she is mostly found pampering their furbaby. However, after getting trolled by her husband, Ram countless times, Gautami finally