Rakhi Sawant's husband,Â Ritesh stated that he hid his identity because he was selfish and he is willing to enter the show. Scroll down to know more!

The uncontested queen of controversies, Rakhi Sawant, has been in the headlines constantly ever since she has entered the ongoing season of Bigg Boss as a challenger. Rakhi Sawant had stunned everyone with the news of her marriage last year, and she also talked about her husband, who hasn't disclosed his identity yet, with other housemates. (Recommended Read: Hardik Pandya Gives A Glimpse Of His Mornings Which Includes Watching Cartoons With His Son, Agastya)

Rakhi Sawant had hinted that she might reveal the identity of her husband in the show and that it's high time he comes in front of everyone. Rakhi had also revealed a lot of secrets about her marriage and the reason why she had gotten married under which circumstances. Now, her husband, Ritesh has said that he's willing to enter the show and there is a reason he had hidden his identity. Scroll down to know more!

Rakhi Sawant Is Ready To Introduce Her Husband, Says Got Married Under Very Difficult Circumstances 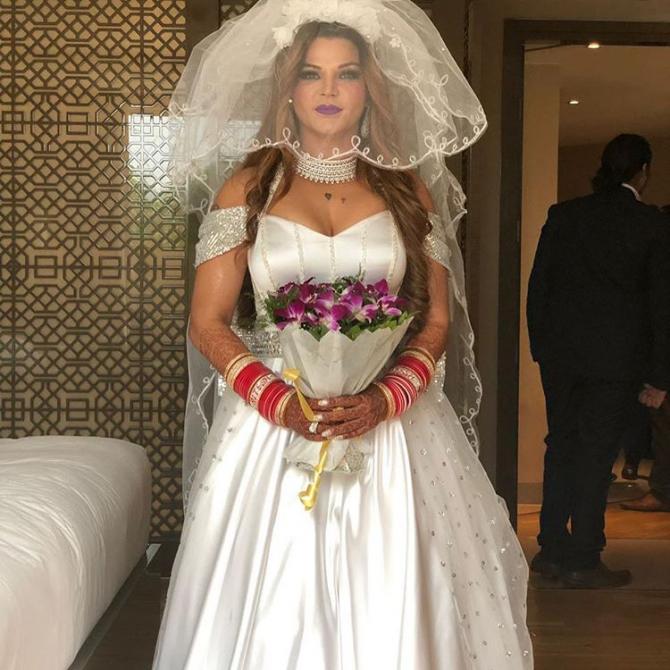 In an interview with ETimes, Rakhi Sawant's husband, Ritesh stated that he hid his identity because he was selfish. He expressed that he thought his business would suffer because of his marriage to Rakhi Sawant. However, he is not bothered with it anymore and is willing to come on Bigg Boss 14 too. He was quoted as saying, "I think it is totally my fault and mistake and my selfish nature that I kept my identity under wraps. I always had this fear that after revealing my relationship and identity in front of everyone because of bad humour, my shares can get affected. This was my selfish nature. But through this interview, I want to tell everyone that she has done a favour on me by coming into my life and marrying me. I or my family can never repay that thing. She has been really a true wife and companion." 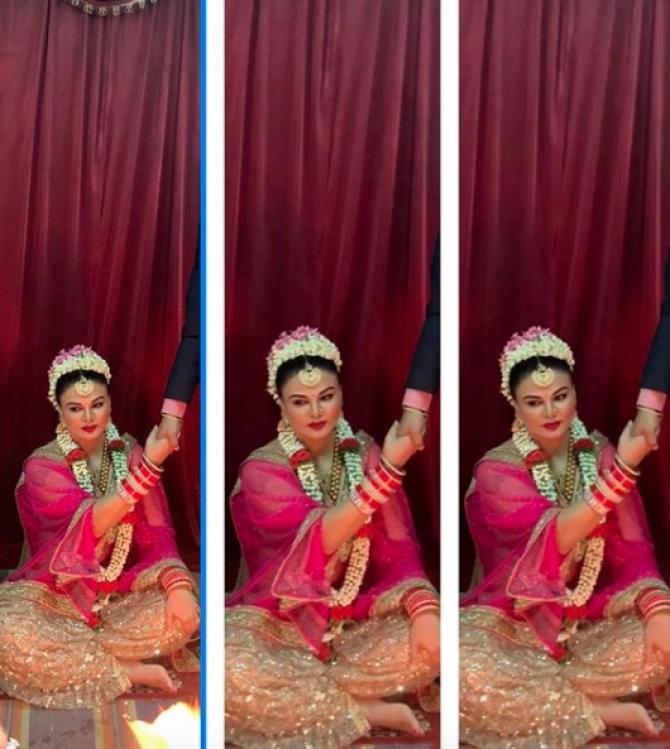 He further added, "I had two-three defence projects in the past and I could not reveal my identity. It would have hit me very badly. We got married all of a sudden, we met, liked each other and got married. We had not planned anything. Now, I am prepared and can openly tell the world that Rakhi Sawant is my wife. I feel nothing is more important to me than Rakhi at this point of time. Hence, I am ready to take this risk." 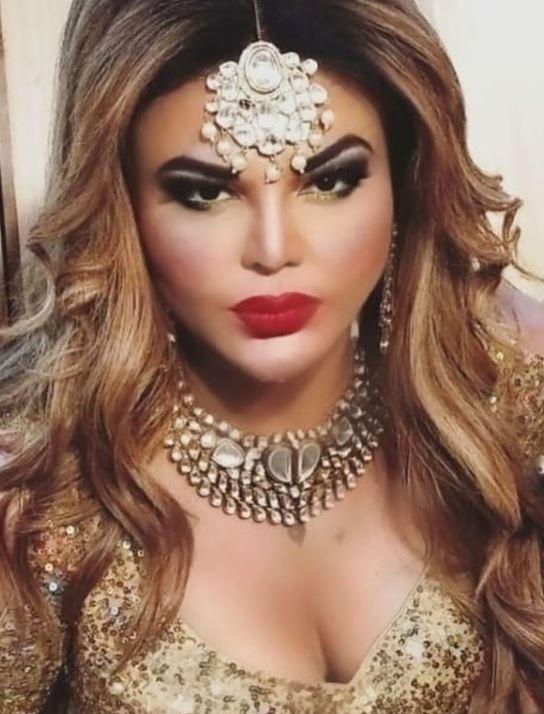 Earlier, in an interview with ETimes, Rakhi Sawant had revealed that she had gotten married under very difficult circumstances. Hence she couldn't reveal her husband's identity. She had also mentioned that she is now ready to change that as she will introduce her husband soon. She had said, "Agar mere pati ko thodi bhi sharm hogi vo public ke saamne aa jaayega. My husband doesn't want to come in front of the world. Its been more than a year he hasn't come here, he is in UK. My marriage has also turned into a big tragedy which I will tell the world inside the Bigg Boss house." When asked if her married life is going smooth, Rakhi had retorted, "Unfortunately not.. Meri zindagi ki dhajiya udne waali hai andar aur main taiyaar hoon uske liye." She had further added, "You don't know how much life has been rude to me. I made a mistake by getting married. I thought I will marry a rich person and come out of this struggle but my decision was wrong." (Also Read: Arjun Rampal Could Get Reportedly Arrested By NCB In Drug Probe If His Evidence Turns Out To Be Fake) 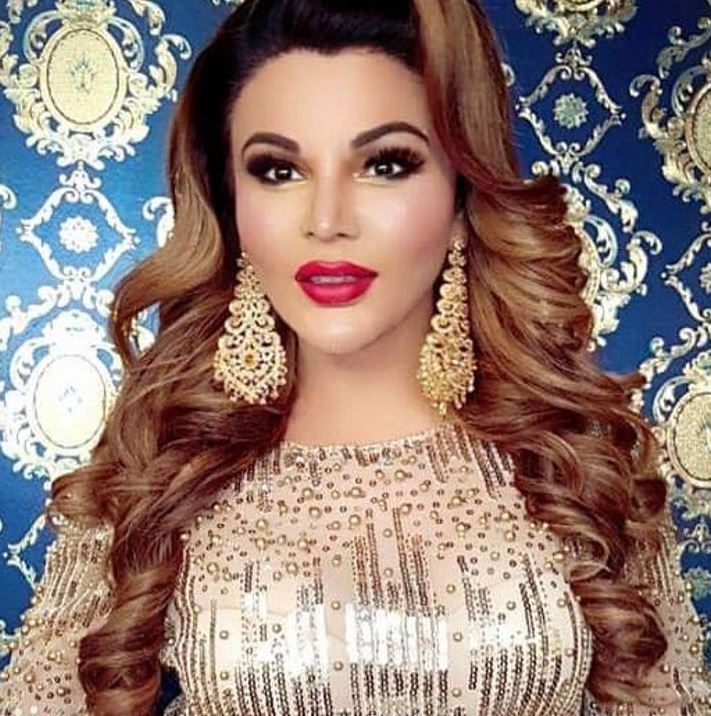 Rakhi had then revealed the reason for entering Bigg Boss 14 and had said, "No, I am entering the house as I am in need of money. Main bankrupt ho chuki hoon and I need money for my family and me. I am taking this as a second chance. I want to earn as logo ne mujhe barbad kar diya aur saare paise loot liye." She had then elaborated, "A person who is not in this world anymore. I am not an educated person so that person misused my one signature and took away all my money and property. I have nothing with me. In this condition, I am handling my ailing mother, widow sister and others. I am very thankful to God that this reality show was offered to me. I seriously need the winning amount." (Don't Miss: BB 14: Aly Goni Reveals Why He Will Leave Jasmin Bhasin, His Sister, Ilham Reacts To Their Relation)

What do you think about Rakhi Sawant's husband's statements? Share with us! 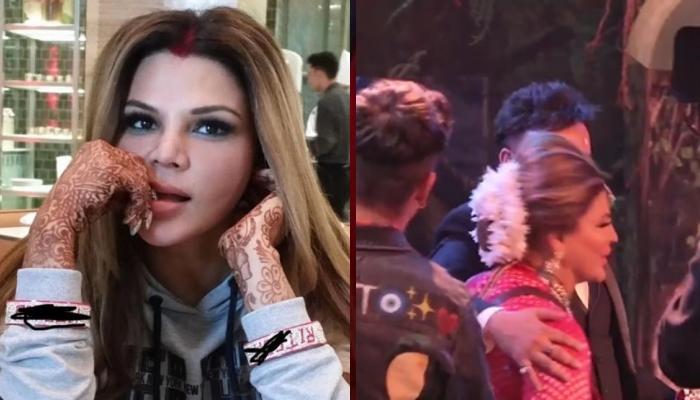 The most controversial reality show, Bigg Boss 15, saw some wild card contestants entering the house. However, the show became more masaledaar as all the eyes were on the controversy queen, Rakhi Sawant, who, along with Devoleena Bhattacharya and Rashami Desai, made a wild card entry with her husband, Riteish. The actress stunned

Rakhi Sawant Is Ready To Introduce Her Husband, Says Got Married Under Very Difficult Circumstances