The ‘Greek God’ of Bollywood, Hrithik Roshan is the ultimate heartthrob of the nation. Recently, his father, Rakesh Roshan revealed how Hrithik couldn’t handle the sudden stardom he received. 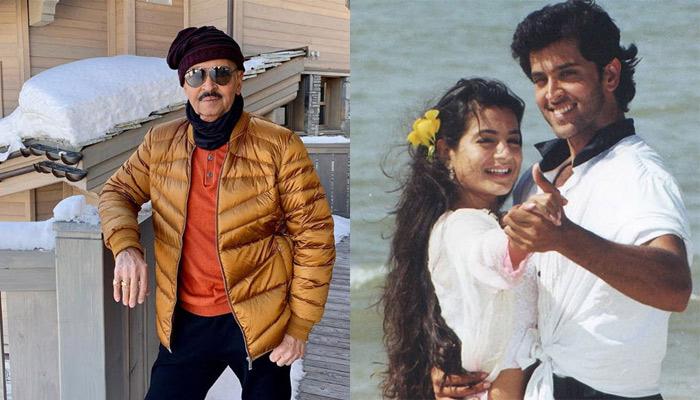 When you are born in the family of superstars and all you hear on a daily basis are scripts, details about the newcomer, existing actors, the filmy keeda starts to grow inside your head. You start to believe that all you want in life to do is to become an actor or somewhere related to the industry. The constant pressure on the star parents to announce the big debut of their child never lets the pressure settle down for the kid. In some cases, the celeb kids go on to become a huge superstar and in some, he/she is just left behind in the race of achieving success and fame like their parents. They sometimes lose their identity in the struggle to overpass their parent’s success and fame and get lost in the industry. It is a race in which the person with talent and hardworking skills will win and others will lose. (Recommended Read: Divyanka Tripathi Revealed How Vivek Dahiya Came As An Angel When She Was Struggling With Depression)

The love story of Sonia and Rohit in the movie, Kaho Naa Pyaar Hai had given us one of the most talented and hardworking actors of the industry, Hrithik Roshan. Born to Rakesh Roshan and Pinkie Roshan, Hrithik went on to become the ‘Greek God’ of the industry all thanks to his good looks and green eyes. He is loved, worshipped, praised, and adored by his fans and followers right from his debut film. He tasted success right from his first movie and his killer dance moves made him the ultimate dance king of Bollywood. Not only his acting skills and dance moves were praised but his talent and hard work was also appreciated by critics and his fans. Do you know, Hrithik, who is known for handling success wonderfully was once petrified with the sudden stardom he received? Yes, you heard that right, Hrithik’s father, Rakesh, recently revealed that Hrithik couldn’t handle the sudden stardom that he received after his first movie, Kaho Naa Pyaar Hai. 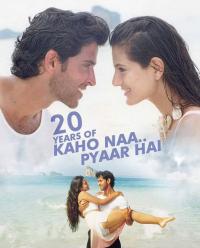 In an interview with The Quint, Rakesh Roshan revealed that one incident where he saw Hrithik Roshan crying in his room after his debut movie, Kaho Naa Pyaar Hai. Rakesh revealed, “Hrithik was like, ‘I can’t handle it. I can’t work, I can’t go to the studio. There are buses full of girls and boys coming to meet me. I’m not getting a chance to learn, to act, to concentrate on my work. Everybody wants to meet me.’ I then explained to him, ‘Suppose this situation never arose, then what would have happened? You should take this as a blessing, adjust to it and work. Don’t take it as a burden.’ And he understood.” Hrithik Roshan had received overnight stardom after his debut movie and he couldn’t handle it and had even contemplated quitting the industry. The fans were crazy for him and wanted to know more about him and would follow him wherever he would go. Rakesh Roshan revealed that all this had affected him and had also stated that there were constant phone calls, and anywhere he would go he would get mobbed. This sudden change in his life was like a shock to him. (Suggested Read: Kartik Aaryan Fulfills His Mother's Wish By Gifting Her A Swanky Latest Edition Car On Her Birthday)

Kaho Naa Pyaar Hai had released in the year 2000 and recently on the completion of 20 years of his debut movie, Hrithik Roshan had taken to his Instagram handle and had explained his journey. Sharing a snippet from his first movie and latest release Hrithik had written, “I think the 2 emotions which best describe my journey of the past 20 years since KNPH, is simply “Fear” and “Fearless” both existing simultaneously and never one devoid of the other. .On the face of it, Fearless is a David. Fear is more a Goliath. But no matter how many times you repeat the story or in how many different ways, David still always defeats Goliath. I feel terribly bad for fear. Cause it tries so hard. Fearless is a smart cookie, it only follows one rule. To keep going. Thanks, Fear. If not for 20 years of you, I’d never have lived my 20 years of Fearless. #20yearsofKNPH.”

Hrithik Roshan’s post had received well-wishes and congratulatory comments from everywhere, but the very first comment that the post had got was from his ex-wife, Sussanne Khan. Sussanne’s comment could be read as “What an amazing metamorphosis. You are only getting better and better, with wisdom and love being your two ‘best friends’.”

In a throwback 2012 interview with Filmfare, Rakesh ji had shared interesting details about his and Hrithik’s relationship. He had then revealed, “I wanted to give it [Kaho Naa... Pyaar Hai] the scale it deserved. The music of the film seemed promising. Hrithik and Ameesha Patel had done well. I knew the movie wouldn’t let me down. So, I didn’t hold myself back. Because Hrithik gives me the time I can tap new genres. No one would have made Koi... Mil Gaya (2003) after Kaho Naa... People said I was mad to make Hrithik play a mentally challenged character. I’m also proud of Kites (2010). We attempted something new – crossover cinema!”

Further speaking about his son’s diligence, Rakesh ji had stated, “Even when he assisted me, he took a keen interest in filmmaking. He never flaunted his status. He stayed with the unit and not in a five-star hotel with us. He has seen my failures. He knows that in the long run, it’s only hard work that pays. If you don’t attend a party it won’t matter, but if you don’t deliver it will. I got married at 22. My older daughter Sunaina was born when I was 23. I was 24 when Hrithik was born. I understand what he wishes to say from a mere glance.” (Must Read: 'Takht' Director, Karan Johar Reveals What His Son, Yash Calls Him, Twitterati Went ROFL)