Rajeev Sen's Birthday Wish For Charu Asopa, She Replies To Her 'Babie' And It's Too Adorable To Miss

Rajeev Sen's Birthday Wish For Charu Asopa, She Replies To Her 'Babie' And It's Too Adorable To Miss

Tinsel town is all about celeb relationships, affairs, marriages and divorces. Many of our favourite celebrities are either getting struck by Cupid or are getting married. And one such celebrity couple is Rajeev Sen and Charu Asopa. Rajeev Sen is a model, entrepreneur and is Sushmita Sen’s brother. Charu Asopra, on the other hand, is a TV actress who rose to fame with her role in the serial, Mere Angne Mein. (You May Like: Alia Bhatt And Ranbir Kapoor Enjoy Chainsmokers' Performance At Akash Ambani-Shloka Mehta's Sangeet)

Charu and Rajeev made their love Insta-official recently on January 11, 2019. The lovebirds shared the following picture on Instagram from their dinner date from the previous night and captioned the pics as, "Finally we met #fridaynightdinner #precious #cutest #dinnerdate."

Charu Asopa Twins In White With Hubby, Rajeev Sen As They Go Out For A Shopping Date 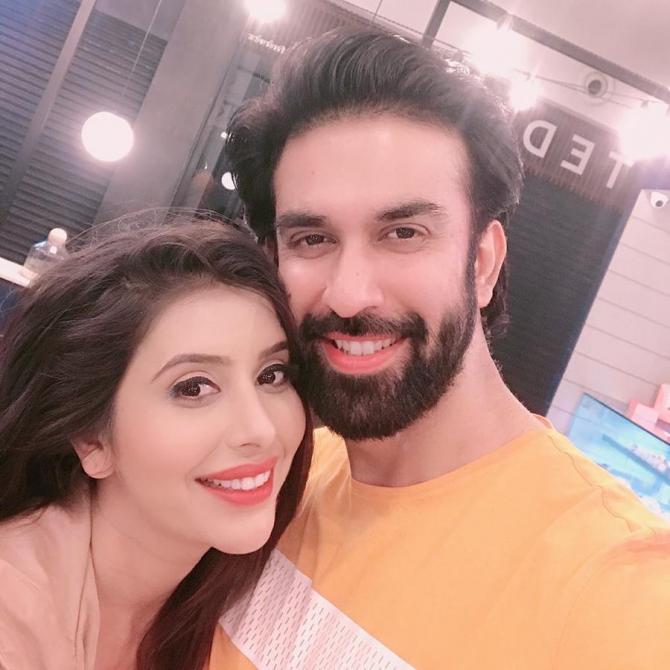 And it seems that Charu and Rajeev have decided not to shy away from social media PDAs and Rajeev’s latest Insta post is a proof of the same. It’s Charu Asopa’s birthday today (February 27, 2019) and her Prince Charming has the most adorable birthday wish for her. Sharing the following picture of his lady-love, Rajeev captioned it as, “Happy birthday to the most beautiful girl in my life. May all your dreams come true and may you have all the pancakes too. Love you #birthdaygirl #soulmate #precious #mybaby @asopacharu.” And guess what? Charu has an even more adorable reply to Rajeev’s birthday wish for her. Charu commented, “Hehehe, thank you babie. Love you too raja” along with heart emoticons. Take a look: 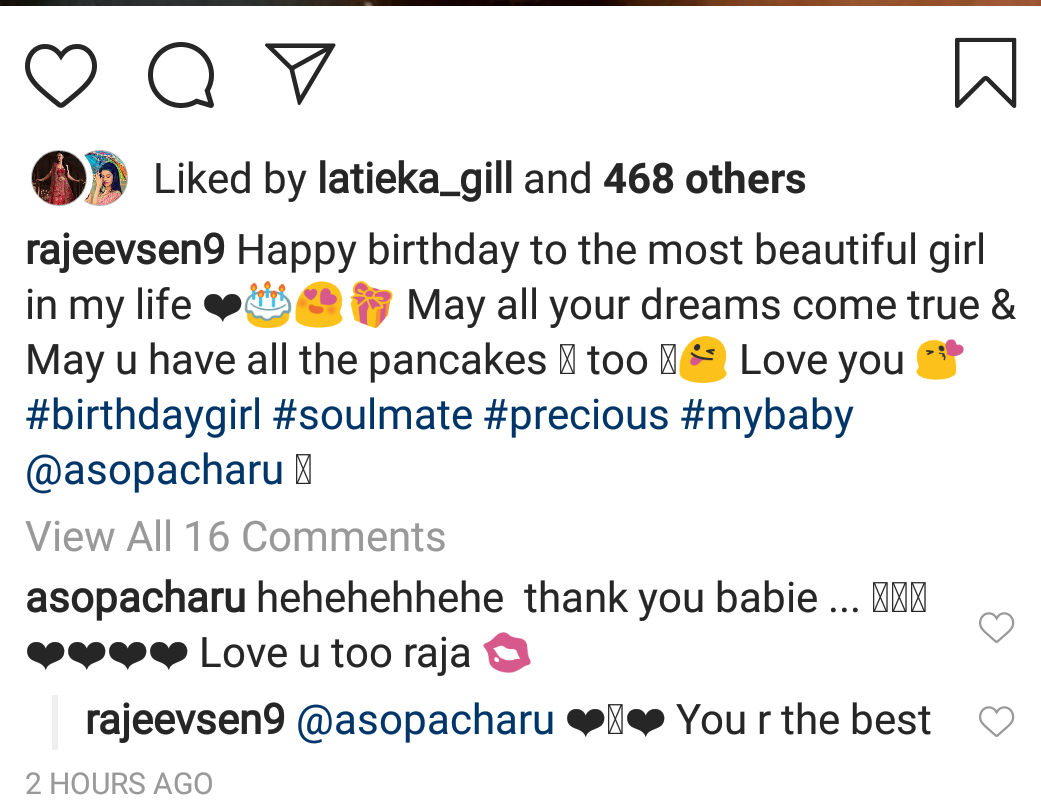 In a recent report in The Times Of India, it was confirmed that Charu and Rajeev are dating. The report had suggested "Yes, Charu and Rajeev are dating each other. Their relationship is very tender at this stage and it has just been a few days to their official relationship. Both of them are not ready to talk about their relationship in public as of now and are taking things slowly and steadily. They are really fond of each other. The two just bumped at a party and were seen getting on like a house on fire." (Don't Miss: Unseen Picture Of Isha Ambani Piramal Dancing While Hubby Anand Piramal Can't Take His Eyes Off Her) 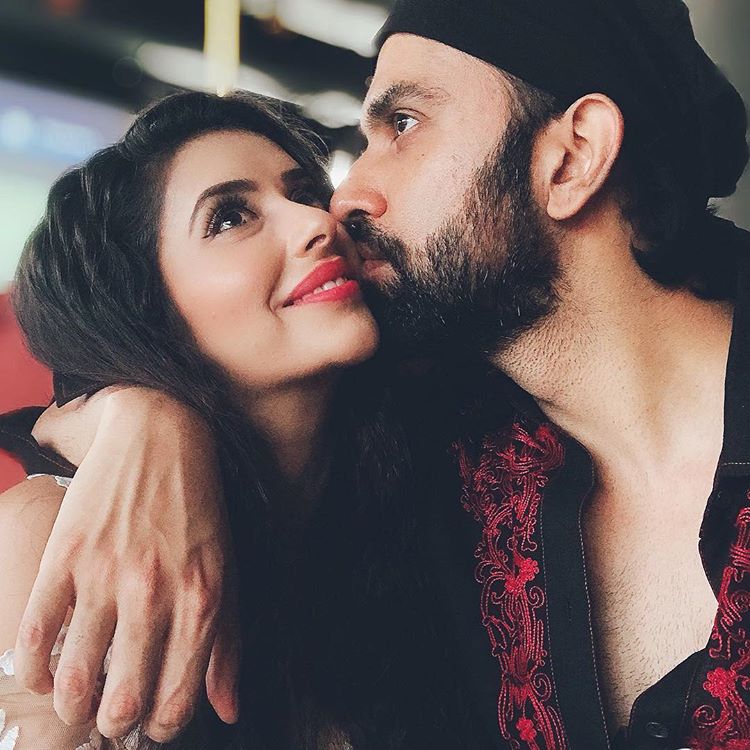 Charu Asopa, in an interview with a media portal candidly shared details about her first meeting with Rajeev Sen, and how love blossomed between them. She had stated, “After our first meeting, we had decided to catch up again over coffee, but I left for my hometown, Bikaner. I was on a much-needed break after my show, Jiji Maa, ended. In fact, I hadn’t decided when to return. However, as luck would have it, I was offered KarnSangini and had to report on the set the very next day." (Don't Miss: Esha Deol Flaunts Her Pregnancy Glow At Her Devar's Wedding, Posts An Adorable Family Picture ) She had further added, “I texted Rajeev from the set and told him that we could meet for coffee. I had assumed that the meeting would end in half an hour. However, we went on talking for hours until I told him that I had to leave as I had an early call time the next day. We started chatting, spending time together and the rest, as they say, is history. I don’t know if I can call it love at first sight, but it looks like that.” Revealing what they like about each other, Charu had remarked, “Rajeev is good-looking and honest. He is more romantic among the two of us. Also, he pampers me and takes care of me. He feels that I am real, simple and without any facade.” Charu further shared the best part about their relationship, “Both of us are looking at a relationship for keeps. The best aspect of our relationship is that we are transparent. We know about each other’s past and have never felt the need to hide anything from each other.” 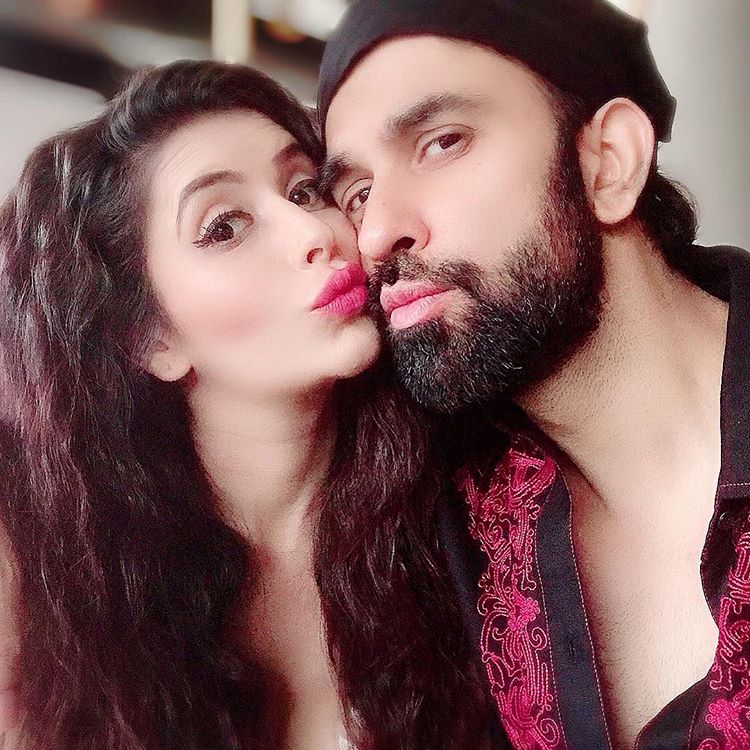 She had concluded by saying, “I feel proud of myself for the way I emerged from that break-up. And now, my life has taken a new turn. I had stopped thinking about love, but Rajeev entered my life like a breath of fresh air.” On being asked if they discuss anything about their marriage, Charu retorted, “Of course, we talk about it, but we are still exploring the relationship and learning new things about each other every day.” Charu Asopa was earlier dating Neeraj Malviya of Mere Angne Mein and in fact, Charu and Neeraj had also gotten engaged on February 17, 2016, in Bhopal. Reminiscing about her past with ex-fiancé Neeraj and how things didn’t work out between them, Charu had earlier told a media house, “Shaadi ki planning mein oopar-neeche hota hai. I feel that we could have been a bit patient and worked on our issues. While he was certain that it had ended, I kept hoping for things to work out. I even told everyone that the marriage would happen, but it wasn’t destined. Besides, I feel that he developed cold feet at the last minute and wanted to focus on his career. I was devastated for a year-and-a-half. Split ke baad jo mera haal hua hai woh main hi jaanti hoon. After all, I was all set to get married and had dreams for my big day. It was a struggle to get out of that mess. I travelled a lot to deviate my mind. I also underwent counselling and was on anti-anxiety pills. I had become directionless.” (Suggested Read: Kareena Kapoor Says She's Learnt The Art To Strike A Balance, Loves Spending Time With Taimur) Charu Asopa and Rajeev Sen together make a stunning couple, and we really hope that they tie the nuptial knot soon. Happy birthday Charu!