Raj Kundra is in awe of his multi-tasking wife, Shilpa Shetty Kundra and often takes to social media to express his love and admiration for her. This is yet another proof of it!

If you are hurt in love, worry not and think of it as God’s way of telling you that a Mr Perfect is soon on his way to enter your life. Similar is the story of one of these hottest actresses of the Tinseltown. She rose to fame with her terrific acting and dancing skills. Started getting offers from and with the big shots of Bollywood. Created her own niche in the glamour world. Won an international competition at the brink of her career. Had her heart, broken by an A-listed Bollywood actor. Lost faith in love and regained it later when someone else came her way. This is the story of Shilpa Shetty Kundra in a nutshell. (Do Read: Urvashi Dholakia Reveals If She And Anuj Hid Their Relation And Parted Ways Due To Societal Pressure)

It was on November 22, 2009, when a zillion hearts were broken when Shilpa Shetty married the love of her life, Raj Kundra. The duo will complete a decade of togetherness this year and they still can’t seem to have enough of each other! Shilpa and Raj’s day-to-day activities show us what ‘true love’ is made up of and how can one retain the same freshness in one’s love story even after so many years of marriage. Please do note that in spite of spending almost 10 years of marital togetherness with each other and being blessed with a boy, Viaan Raj Kundra, Shilpa and Raj still regard themselves as boyfriend and girlfriend. 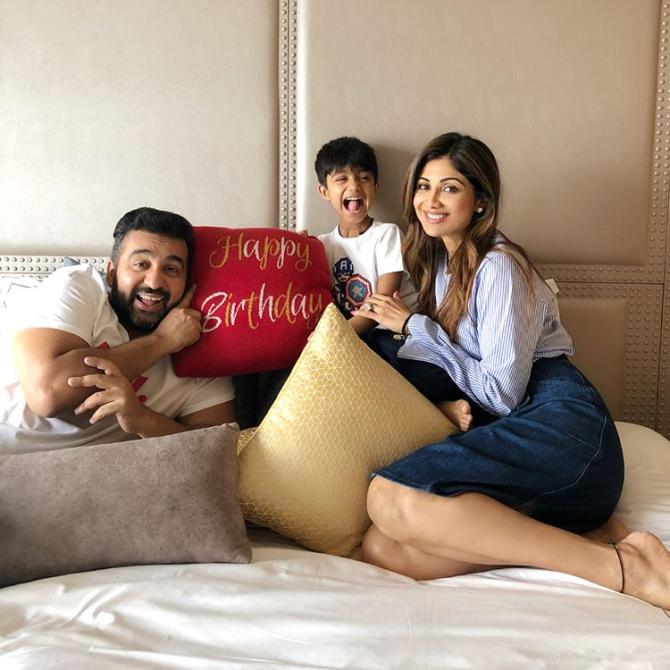 To suffice to the aforementioned sentence, we bring to you a proof of it, yet again! Raj Kundra is in awe of his multi-tasker wife, Shilpa Shetty Kundra and often takes to social media to express his love and admiration for her. And yet, once again, Raj took to Instagram and posting a picture with his wife, Shilpa, wrote a love-note for her. The same could be read as “My love for you is a journey starting at forever and ending at never...and If a hug represented how much I loved you, I would hold you in my arms forever!! #love #girlfriend #dream #queen #life #happiness #spain #wellness #angel #sha @shawellness.” Replying to this, Shilpa commented, “Awwwwwwwwwwwww @rajkundra9 love is an understatement for what I feel for you #boyfriendforlife.” Aren’t they adorable? We are not unaware of Shilpa Shetty Kundra’s passion for yoga. From bringing out her first-ever taped yoga CD to her latest app, Shilpa is doing her best to spread awareness for yoga. On International Yoga Day commemorated on June 21, 2019, Shilpa’s hubby, Raj had taken to Instagram and posting a video of his wife, had shared a heartfelt proud note. The same could be read as “Like Jackie Chan rightly says in this video. @theshilpashetty you are ‘Queen of Yoga’ you have created multiple Guinness book of records, you were the first to launch a celebrity yoga DVD and your last 15 years of yoga has made you the calm very cool and super fit yoga queen you are! So proud of you my darling.” To this, Shilpa replied, “Awwwwww Thankyou @rajkundra9... Can’t wait to get to you.” (Must Read: Ram Kapoor And Wife, Gautami Kapoor Had Rejected 'Nach Baliye' Four Times Due To A Valid Reason)

In a recent interview with the Bombay Times, Shilpa Shetty Kundra had talked about balancing work and married life and had also recalled the time when she had to choose between a film and her then-boyfriend, Raj Kundra. She had revealed, “I had been working since I was 17 and I got married at 32. I was ready for marriage. I wanted to have a baby, which is one of the key reasons to get married. I was eager to accept a new role in my life — that of a wife, a mother, and so on. I’m very middle-class in the way I function and think. I don’t regret the fact that I married at a time when I was doing really well in my career. Being a wife is a great role to play in life and I do that to the T, par mujhe apni pehchaan bhi chahiye thi. I didn’t want to be dependent on another person in any manner. I am a feminist in that sense, I want my space to make my choices. I remember I was shooting for a film called The Man with Sunny Deol. His dates were constantly getting shuffled. Raj (husband) gave me an ultimatum to get married or quit the relationship. I had to choose between The Man and my man.” And what did she choose? Shilpa Shetty Kundra had answered, “I chose the latter. And guess what? Sunny eventually shelved the movie. Imagine, if I had made a different choice back then, I would have been sitting at a salon colouring my greys without my man (laughs!). Sometimes, you have to make a decision at the moment. I don’t live in the past or the future. I live for now. I had a chance to headline Eastenders (British TV series) and settle in London, but I was keen to begin a new phase of my life. I wanted to go on holidays, enjoy my time and find peace. When Raj proposed to me, it all felt right. And trust me, I am not a conventional thinker. I was okay with the idea of being in a live-in relationship and having a baby out of wedlock, if my parents had permitted me to do it. But I made some conventional choices for the love of my mother and the respect that I have for the institution of marriage.” (Also Read: Aryan Khan's Cosy Dance With Mystery Girl, Fans Wonder If She's His Blogger GF Whom Gauri Approved) 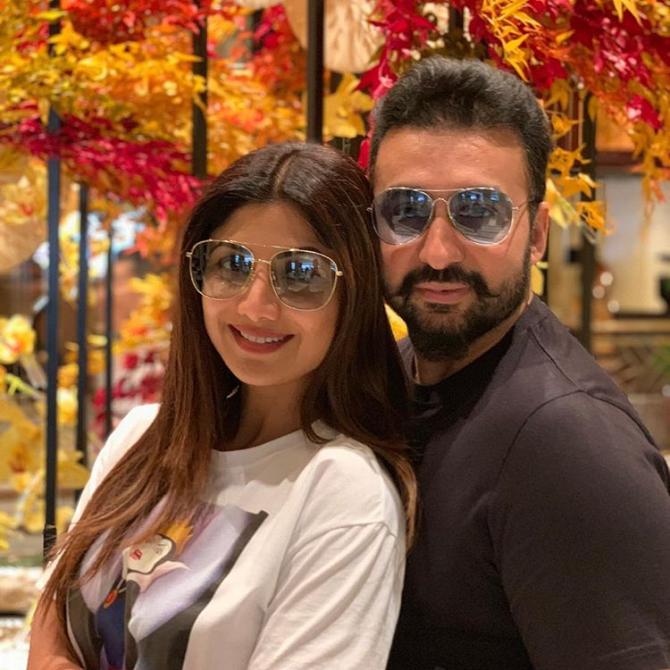 Don’t Shilpa and Raj give us some serious #LifeGoals? What is the best thing that you like about them? Keep us posted!