It's been 10-months to Priyanka Chopra and Nick Jonas' fairytale wedding and yet the craze surrounding it hasn't gotten over. Scroll down as she reveals about the gifts she got from the Ambanis!

We all crave for a relationship similar to a fairytale and a man, who treats us like a princess. Bollywood actress, Priyanka Chopra's isn't any different. And her wish came true when she met American singing sensation, Nick Jonas. He came as a prince with the shining armour in our desi girl's story. And as we say, 'Rest is all history'! (Recommend Read: Remo D'Souza Renews His Wedding Vows For The Third Time With Wife, Lizelle On Their 20th Anniversary)

Priyanka and Nick's exchanged wedding vows in a Christian ceremony (December 1, 2018) and later they tied the knot according to Hindu rituals (December 2). It's been almost ten months and their grand wedding is still considered as a royal affair. Our curiosity in her wedding hasn't gotten over yet and looks like the comedy king, Kapil Sharma is also star-struck by Peecee's intimate wedding. Recently, when Priyanka was invited on The Kapil Sharma Show, she was greeted with the burning question about the wedding gifts she received from the Ambanis. To which, Priyanka replied, "I only had around 180 guests at my wedding. Not many people were there. 120 of them were family members. I didn’t even get half of the envelopes. I received plenty of blessings and that’s what I needed the most." To, this, Kapil added, "I thought since they are super-rich, they might have their personal notes of Rs 25,000 or so and don’t carry Rs 2,000 notes." (Also Read: Amitabh, Jaya, Kajol And Rani Celebrate Durga Puja Together, Reminiscing K3G Moments) 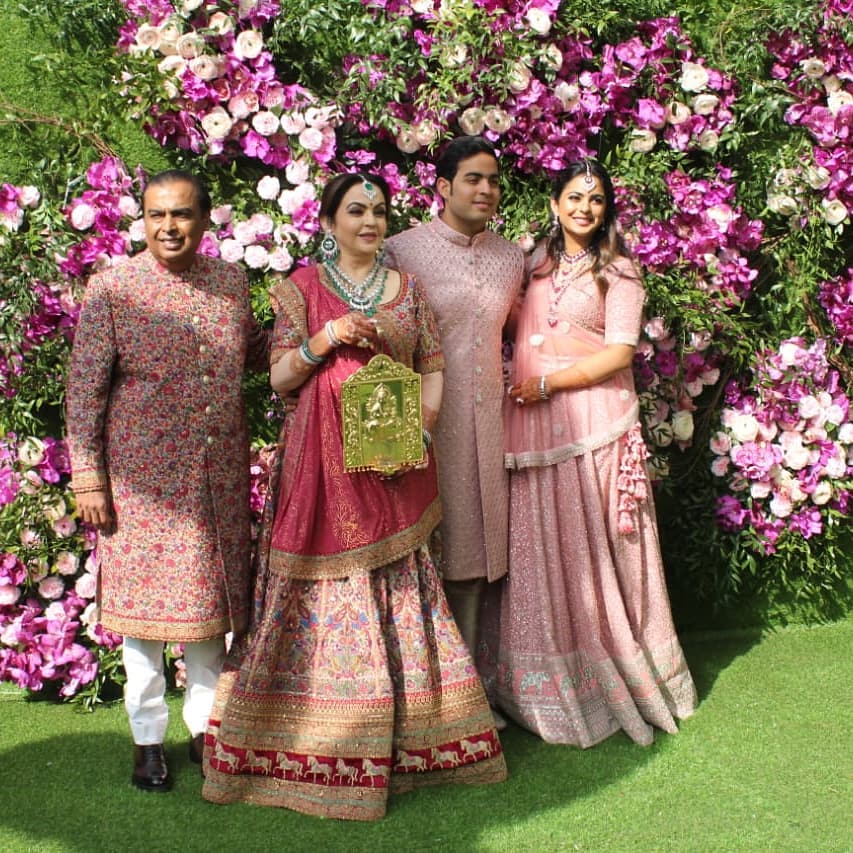 A couple of months ago, Priyanka Chopra's cousin, Parineeti Chopra had revealed about the gifts her jiju, Nick Jonas had given her in joota chupai rasam. She had shared, "I got a lot of money, I got dollars and rupees, in lakhs and we also got diamond rings. We also got bags, we got a lot of stuff. He was very generous." Parineeti had also revealed that Priyanka was a bridechilla, and she didn't have any bridezilla moment or the wedding jitters. She shared, "We honestly thought of it before the wedding happened but actually not at all. She (Priyanka) was just so happy and in fact, she was so excited like she was that bride who, when the baraat came she wanted to get ready early so that she can run and see the baraat in a filmy style. She was really happy. So no, bridezilla moment, not at all." (Don't Miss: Rhea Kapoor Wishes Boyfriend, Karan Boolani On His Birthday With Their Adorable Unseen Pictures)

Well, we are still in love with the starry wedding of Priyanka Chopra and Nick Jonas!