The whole of India celebrated International Women’s Day yesterday on March 08, 2019, and our Bollywood celebrities weren’t far behind in acknowledging and praising the women in their lives. And now, it’s March 08 in the US, and our desi girl, Priyanka Chopra Jonas, has all the reasons to blush and feel blissful for her newbie hubby, Nick Jonas has the sweetest Women’s Day wish for all the women out there and also for his wifey, Priyanka. (Don't Miss: Isn't Priyanka Chopra Jonas Looking Pregnant In The Pictures From Her Brother's Roka Ceremony?)

Sharing a stunning picture of Priyanka Chopra Jonas on his Instagram handle in which she is looking drop-dead gorgeous in her red dress, Nick Jonas has written, “Happy #internationalwomensday to all the amazing women out there. This incredible woman is a beacon of light and inspiration to so many all around the world. I love you @priyankachopra.”

Priyanka Chopra's Father-In-Law Is Proud Of Her, Excited To Watch Her Upcoming Film, The White Tiger 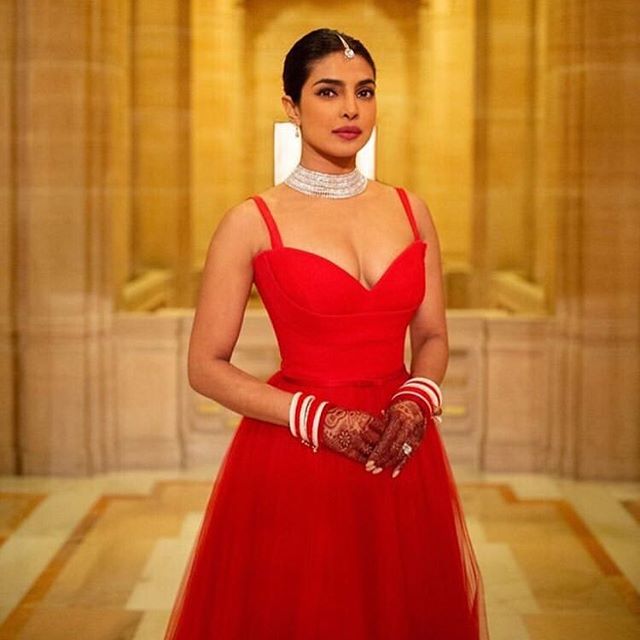 Guess what? Priyanka’s mother-in-law and Nick’s mother, Denise Jonas replied to her son’s post and it should make the Dil Dhadakne Do actress rise high in cloud nine. Denise Jonas has commented, “You are blessed man, my son.” Take a look: 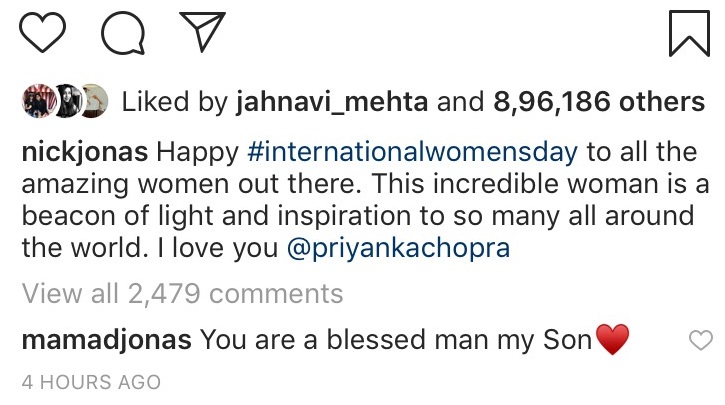 This is so beautiful, right? Recently, there have been many conjectures regarding Priyanka’s alleged pregnancy. However, Priyanka brushed all the rumours in an interview with People magazine. The 36-year-old actress had stated, “We both know that that’s something that needs to happen, but it’s not something I think about very much. We’re both very driven, we love our work, we’re married to our work, and we’re both very supportive of each other’s work. So I’m sure it will happen in an organic way. We definitely want kids, and when the time is right, it will happen.” (Also Read: Kareena Kapoor Khan Expresses Her Disappointment Over Fans Trolling Celebrities, Details Inside) Priyanka’s mother, Madhu Chopra also talked about Priyanka’s pregnancy rumours in an interview with Mid-Day. Madhu blamed it on the wrong camera angle, and had revealed, “It was a bad angle. The outfit was nice. She looked like that only in some pictures, the rest were fine. Blame it on the camera angle! When I spoke to Priyanka on the phone, she told me that she was tired and hence, had a slumped posture. I told her what people were saying, and she simply said: 'Mamma, give me a break!’” (Don't Miss: Taapsee Pannu Reveals One Thing Common Between Both Of Her Co-Stars, Amitabh And Abhishek Bachchan) Nick Jonas, in other interview earlier had mentioned he would definitely like to embrace fatherhood one day, “I definitely want to be a father someday. I think that’s a real dream, and I think I have had to grow up real quick. With that, you could look at it two ways, you could say that was unfair, or you could say it has given me some real perspective at an early age. And I have seen a lot of life at an early age and I hope to be able to share that with a kid of my own someday.” 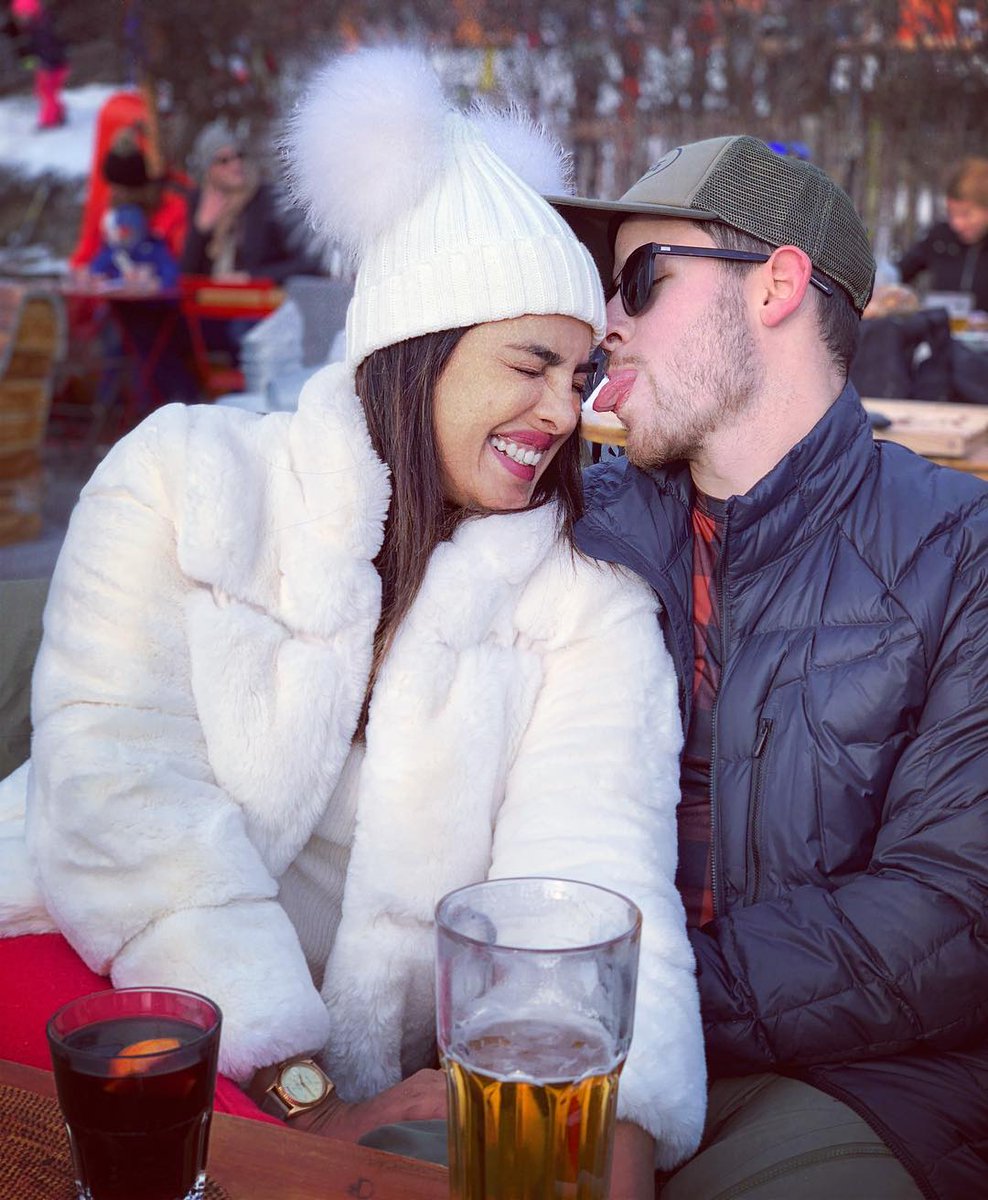 Nick has always been in the all-praises-mode when it comes to Priyanka. Before their marriage, when he was asked why he chose PeeCee as his life partner, he was quoted as saying, "So many things. I could go into all of it and get all mushy but, I think the thing that really connected both of us is our love for family and faith and the importance of being connected to those who are always going to be there for you. We found that in each other as well, which is a beautiful thing. I'm excited to start our life together." (You May Like: Sonali Bendre Had Only 30 Percent Chance of Surviving, Struggling To Accept Her Imperfections) 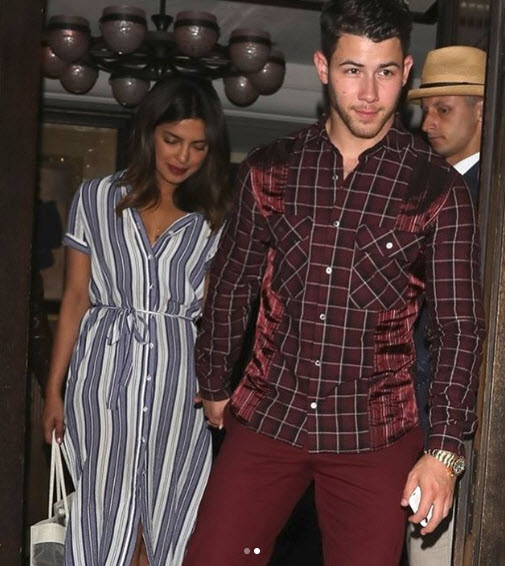 Nick Jonas says ‘I love you’ to Priyanka Chopra and then her saasu-maa reacts in the most adorable way! How beautiful, isn’t it? How do you like Nickyanka pair?