Bollywood actress, Priyanka Chopra Jonas' childhood friend shared a rare picture of the actress from her memoir, 'Unfinished' and her hubby, Nick Jonas reacted like this. See inside!

Bollywood actress, Priyanka Chopra Jonas has inspired everyone with her success in Hollywood. Along with that, the actress has made our nation proud many times by standing-up for underprivileged people worldwide. From being in the headlines for her incredible performances in movies and web series to being adored and respected for the way she is leading her marital life with her hubby, Nick Jonas, the actress is simply a power lady. (Recommended Read: 'Queen' Fame Lisa Haydon All Set To Embrace Motherhood For Third Time, Shares Pregnancy Announcement)

The stunning actress, Priyanka Chopra Jonas is in headlines as her much-awaited memoir, Unfinished is all set to release worldwide. The actress is hopeful that her book will delight her million fans with her childhood stories, journey to stardom in Bollywood, and rise to global recognition in Hollywood. On February 8, 2021, Priyanka Chopra Jonas' childhood friend, Divya Akhouri took to her Instagram handle and shared three pictures to give her a shoutout before the release of her much-awaited memoir, Unfinished. The first picture is a solo one of the actress in which she can be seen writing something on a paper and looked stunning like always in her printed shirt. The second one is a rare throwback picture from the time when she was just 15 where she was seen sitting with her friend, Divya reportedly on the shores of Mumbai. The young girls looked beautiful in their respective outfits and flowing hair in the frame. The third one is an announcement poster about Priyanka's virtual book tour. Soon, Priyanka's husband, Nick Jonas dropped a cutesy reaction to her wifey's teenage picture, as the famous singer dropped a lovestruck emoticon in the comment section. Take a look: 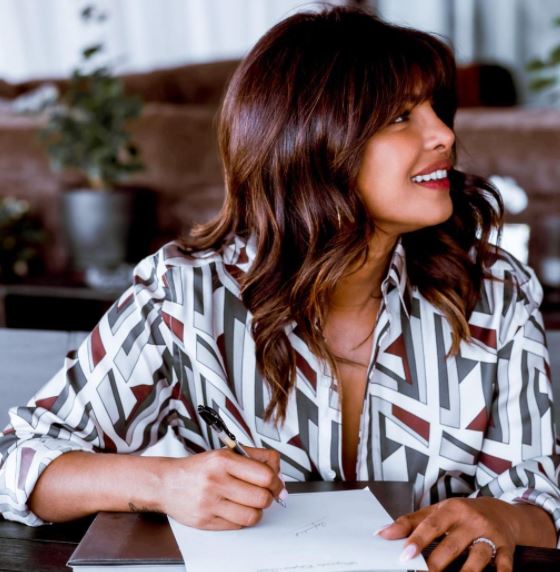 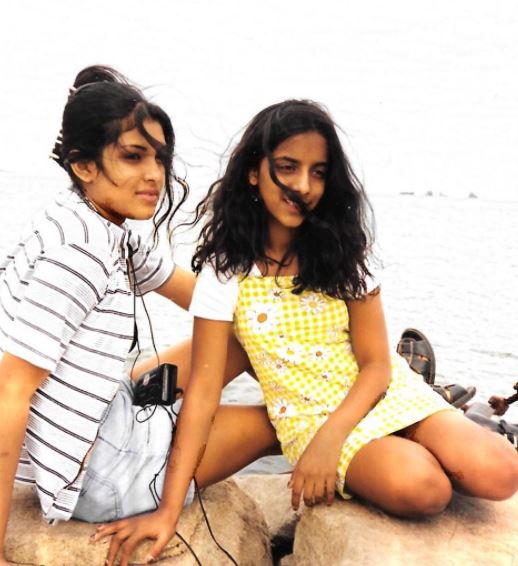 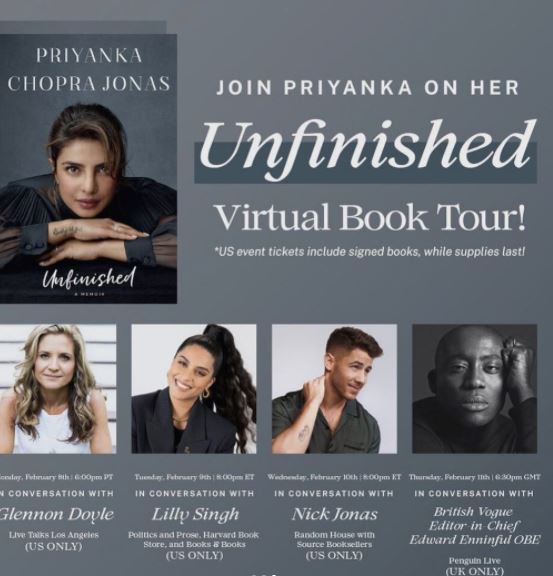 Priyanka Chopra Jonas' friend, Divya Akhouri wrote a caption along with the pictures, in which she revealed how excited she is for the release of her childhood friend's memoir. Divya heaped her immense praises on Priyanka and wrote, "Some people baked focaccia bread in quarantine, but @priyankachopra went and wrote a whole book. I'm so proud of my sis! She's done so much at such a young age that she has enough experiences for a freakin memoir. I can't wait for the world to find out a little bit more of the person that I know and love." Divya also added that she's excited for her book tour. She added, "It's a scary thing to put yourself completely out there and I am constantly in awe of how she does it. Always been learning from her. That second photo is from 1998 when I was 13 & she was 15 years old babiesss but as you can see, she's always had QUEEN energy Can't wait to see you do your thing on your book tour." (Don't Miss: Hardik Pandya Shares A Super Cute Picture Of Son, Agastya Donning An Elephant Robe) 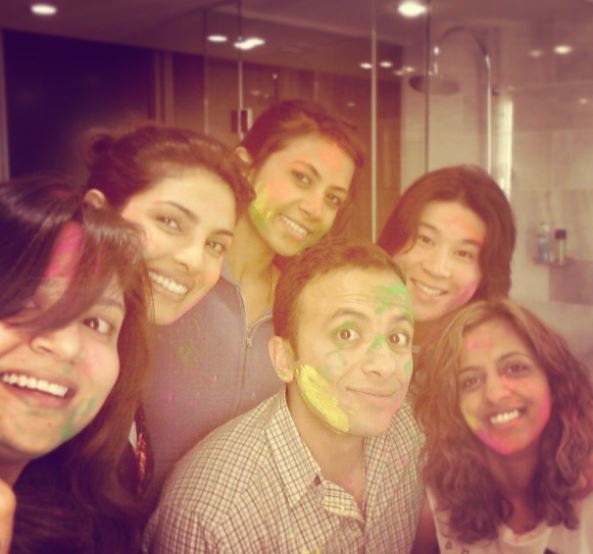 Talking about Nick Jonas, the doting hubby never skips a chance to show his full support to his wife, Priyanka Chopra Jonas in whatever she does. From appreciating her acting skills to expressing his love for his wife's style quotient, Nick is simply a hands-on husband. In Vanity's Awards Circuit podcast via Just Jared, Priyanka had revealed that her hubby is quite hopeful that she will be the first 'Jonas' from their family to win an Oscar. She had said, "He was like, 'You may be the first Jonas to win an Oscar." There's enough substance in Nick's comment as there's a huge buzz around Priyanka's film, The White Tiger and a lot of renowned critics of Hollywood have heaped heavy praises on the hard-hitting film. Now, with the release of her memoir, Unfinished on February 9, 2021, all the headlines will belong to Priyanka Chopra Jonas. (Also Read: From Dilip Kumar-Saira Banu To Richa Chadha-Ali Fazal, 6 Bollywood Proposal That Are All About Love) 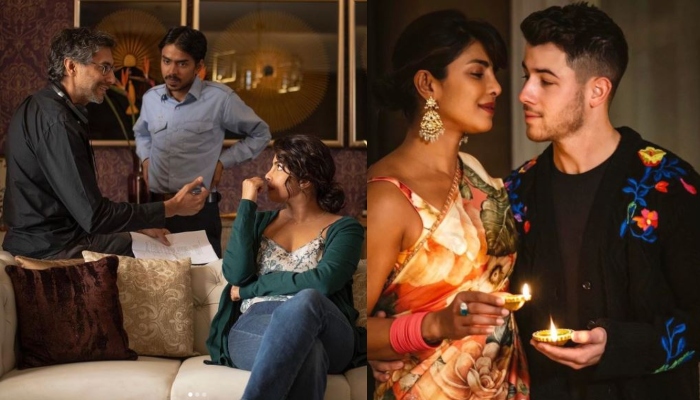 Did you like Priyanka and Divya's childhood picture? Let us know!