The desi girl of Bollywood, Priyanka Chopra got legally taken by the man of her dreams and international sensation, Nick Jonas, on December 1-2, 2018, in both Hindu wedding rituals and a white wedding rituals. It’s been more than a month already to their wedding, but some crazy fans of Priyanka still can’t gulp in the fact that she is a married woman. And trust us, PeeCee is one happily married woman in the tinsel town  (*touchwood*)! (You May Also Like: Priyanka Chopra's Rumoured Ex-BF Shahid Kapoor Has An Important Advice For Her Now Hubby, Nick Jonas)

Ever since their wedding, Priyanka and Nick have been riding high on love and giving some serious marital goals to other couples out there. Priyanka got featured in Vogue India’s January 2019 issue, where she was asked about her husband Nick Jonas. In a light-hearted chat, she also confessed that due to their tight-packed schedules, it becomes difficult for them to give time to each other. Priyanka had stated, "Yeah, good question. We don't! You have to accommodate and make time for each other, I think that's really important. We both are extremely hardworking people, we both love our jobs, we are extremely big workaholics but at the same, we know that we have to prioritise each other as well. As you have seen, we keep flying across the world, even if it's for a day just to meet each other. We do that, while also prioritising our jobs. I think both of us understand that about each other."

But what grabbed everyone's attention was the question when she was asked to describe Nick in three words. Our lovely desi girl gave an on-point answer and proudly stated, “Husband, calm, extremely loving”. We are surely impressed Priyanka! (Also Read: Deepika Padukone Wants To Play Queen Of Ranveer Singh's Heart After Playing Mastaani And Padmaavati) In an interview with People magazine, Priyanka shared about her wedding and had quoted, “It was all tears. All tears. I could not hold it in. I think I was nervous and scared. But as soon as the curtains opened, and I saw his face it was just like everything settled and I knew I was making the best decision of my life." 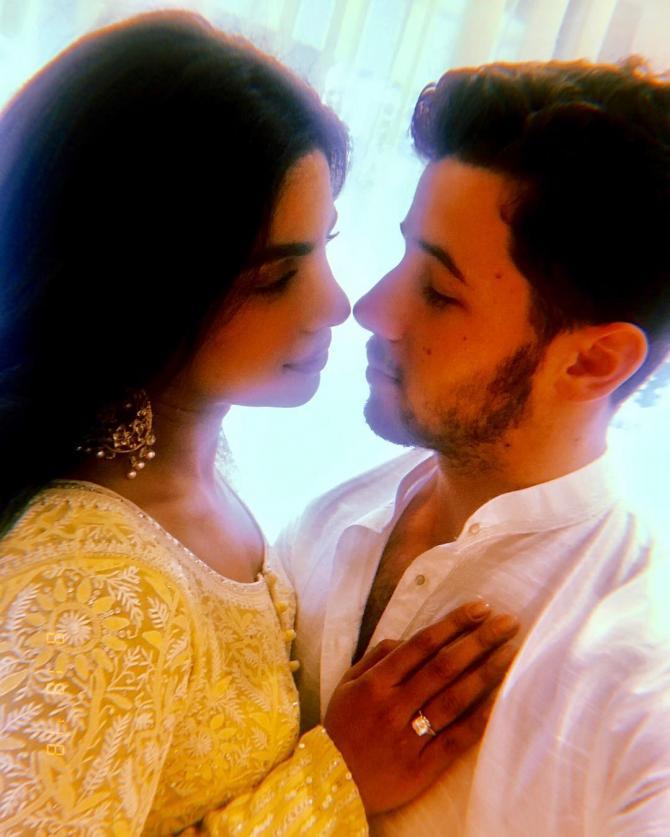 In a recent interaction with Entertainment Tonight, the Jealous star shared a lot about being a husband and life after marriage. He got candid on this note and shared some lovely details about the same. When he was asked how his life post-wedding is, the Quantico star was quoted as saying, “My life is very good right now, very excited, lots of good things coming up. It’s been a good year.” 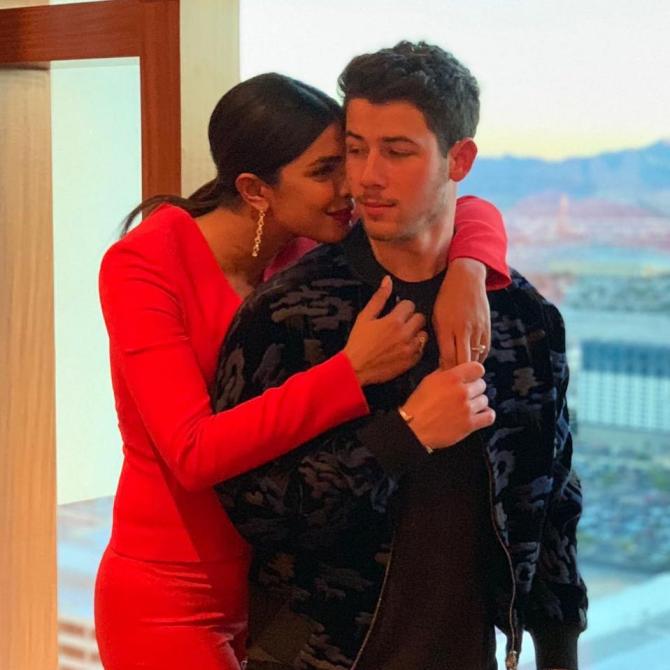 Further getting candid about PeeCee, he stated, “It was kind of an instant thing. I knew once we locked in together that I had a partner for life and a teammate... someone I could walk through the good times and the bad times with, and that was the key." Post which, a blushing-Nick added, “I am blushing now... thanks”. (Do Check: Priyanka Chopra Couldn't Control Her Tears Seeing An Emotional Nick Jonas On Their White Wedding) On the work front, Priyanka will soon resume shooting for her upcoming film, tentatively titled, The Sky is Pink. The movie also stars Farhan Akhtar and Zaira Wasim and is directed by Shonali Bose. Prior to this, she is all set to hit the silver screen for her supporting role in Hollywood film, Isn’t it Romantic, which is due to be on the theatres during Valentine’s Day 2019.

We wish all the happiness and success for Priyanka Chopra and Nick Jonas. Keep rocking the way you both do!