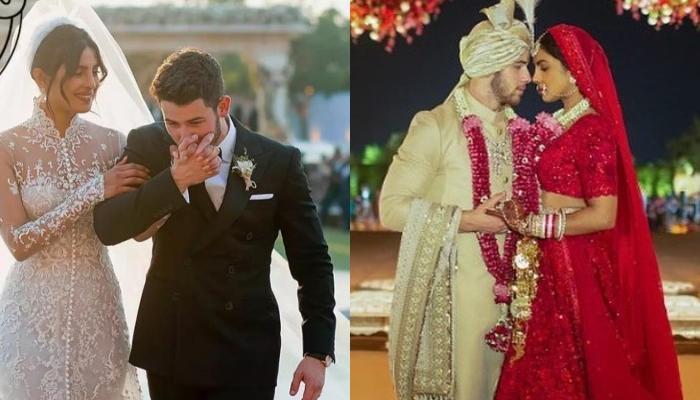 Priyanka Chopra and Nick Jonas became each other’s forever on December 1, 2018, and ever since then, we are finding it really difficult to contain our excitement to a get a glimpse of the bride and the groom from the Umaid Bhawan Palace, Jodhpur. After the fun-filled pre-wedding ceremonies they had lined up, their union was celebrated with the blessings of family and friends. (Also Read: Priyanka Chopra And Nick Jonas' First Look After Wedding, Newly Bride Glows In Sindoor And Chooda

Priyanka and Nick shared the glimpses of the rangeen mehendi ceremony on their official social media handles and captioned them as, “One of the most special things that our relationship has given us is a merging of families who love and respect each others faiths and cultures. And so planning our wedding with an amalgamation of both was so so amazing. An important part for the girl in an Indian wedding is the Mehendi. Once again we made it our own and it was afternoon that kicked of the celebrations in the way we both dreamed.”

On December 2, 2018, Priyanka shared a glimpse of the fun-filled sangeet ceremony, and wrote, "It all began as a fierce song and dance competition between the families but ended, as always, as a huge celebration of love. Nick and I were looking forward to the sangeet (musical evening), another pre wedding ritual.. and to see what each side had put together. And what a performance it was. Each family telling our stories through song and dance, filled with lots of laughter and love. We were both filled with gratitude for the effort, the love and the laughter and will carry the memories of this special evening for the rest of our lives. It is an amazing start to a lifetime of togetherness for our families and friends."

Priyanka and Nick have finally shared their wedding pictures and we just can’t take our eyes off the beautiful bride and dapper groom. For the white wedding, Priyanka looks gorgeous in a white gown and Nick looks dapper in a black suit. For the Hindu wedding, the bride looks beautiful in the red lehenga, and the groom is winning our hearts in a sherwani. 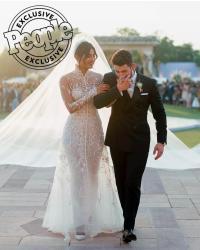 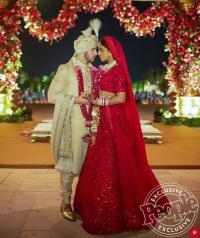 Priyanka and Nick exchanged their wedding vows on December 1, 2018, and the groom’s father, Paul Kevin Jonas Sr., officiated the Christian ceremony. The wedding took place at the back lawn of the hotel and the couple exchanged wedding bands by famed jeweller Chopard. Then the following day, Priyanka and Nick took the saat pheres as per Hindu rituals on December 2, 2018. (Also Read: Priyanka Chopra's First Look Revealed From Her Wedding While Going Towards 'Mandap' With Bridesmaids) 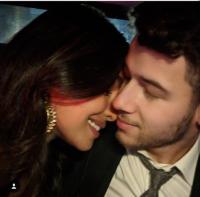 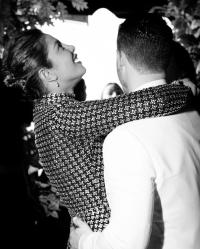 According to the Priyanka and Nick’s Vogue interview, it was in 2016 when they officially met for a drink at the Carlyle Hotel, New York. After their meeting, Priyanka invited Nick to her apartment where her mother, Madhu Chopra was watching Law & Order in her nightgown. It was the first time when Madhu Chopra met her future son-in-law, Nick Jonas. Priyanka shared, “We hung out for a couple of hours. He patted my back before he left.” Nick interrupted Priyanka and said, “There was no kiss. There was nothing.” Recalling that night, Nick added, “She’s still upset about that. Your mom was in the house! I thought it was a respectful first night.” Priyanka concluded by replying, “It was too respectful if you ask me.” 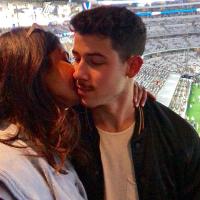 When Nick featured on America’s popular talk show, The Tonight Show Starring Jimmy Fallon, the host Jimmy Fallon pointed out to one of their roka pictures with the beautiful ‘NP’ logo in the backdrop and asked Priyanka, who was sitting in the audience, if she had a suitable couple nickname in mind. To which she laughingly replied, “Prick”! (Also Read: Priyanka Chopra And Nick Jonas' Sangeet Pictures And Videos Are Out, It Was A Filmy Celebration)

Aren’t these pictures gorgeous and you can’t stop going through them again and again?