Owing to their professional commitments, soon-to-be-married-couple, Priyanka Chopra and Nick Jonas have not been able to oversee their wedding preparations themselves. Priyanka’s mother, Madhu Chopra, is the supervisor it seems as she was recently spotted at the wedding venue, Umaid Bhawan Palace, Jodhpur where PeeCee and her long-time beau, Nick will get married on December 02, 2018. (Suggested Read: Srishty Rode's Fiance Manish Lashes Back At Dipika Kakar's Hubby Shoaib, Defends Her Comment)

The paps stationed outside the venue asked Madhu Chopra about the venue and preparations, and she replied, “Mera bahut pasandida shehar hai. Saari duniya chhodkar hum yahaan aaye hain. (This city is my favourite. We left aside the whole world to come to this place).” Sharing the wedding preparations, she added, “Ab shaadi dekh lena. Abhi se kya bataaun. Jab ho jaaye, tab baat karenge (You will see it when it happens. What do I say about it now? We will talk when it happens) (sic).” 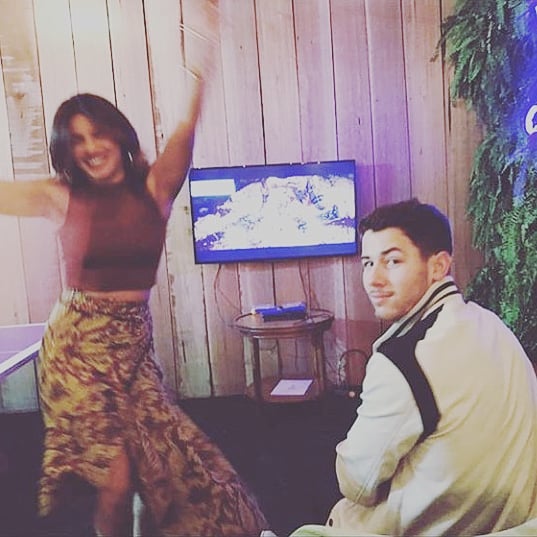 Now, as per the latest reports, Priyanka Chopra and Nick Jonas will also get married on December 03, 2018 as per the Christian rituals. Yes, on December 02, the Quantico star and her American singer boyfriend will take the plunge as per Hindu rituals, and the following day will witness a white Christian wedding. Both the weddings will take place at the same venue. 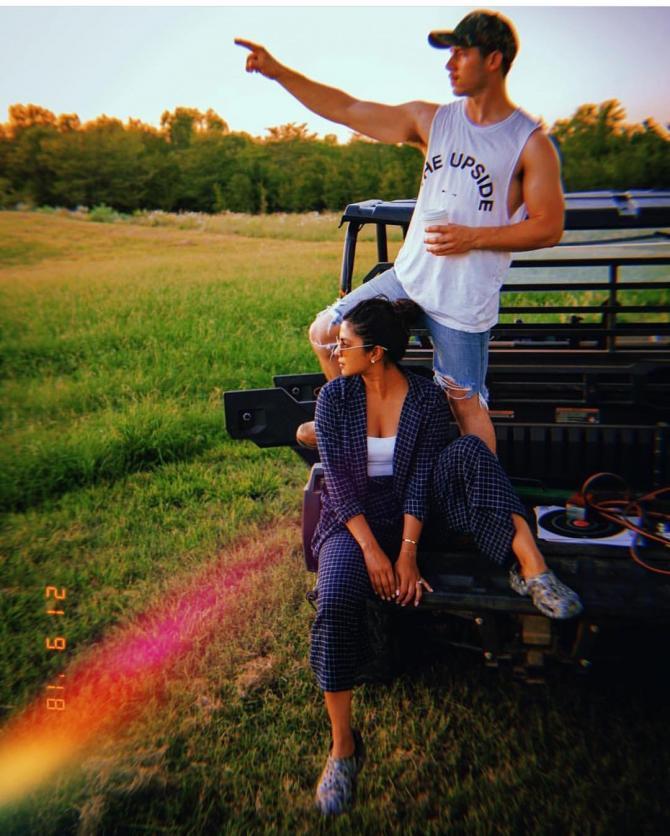 A source informed Mid-Day about Priyanka’s wedding outfits and said, “While the bridal trousseau will be an Abu Jani-Sandeep Khosla creation, she will sport a Ralph Lauren ensemble for the Christian wedding. The couple will exchange Tiffany wedding bands.” The source also added that in the guest list, many Hollywood names are expected, “Though Prince Harry and Meghan, the Duchess of Sussex, may not make it, many Hollywood names are expected. Since it will be their first brush with an Indian wedding, Priyanka wants to make it special.” Reportedly, Priyanka is going to wrap up the shooting of her next film, The Sky is Pink by November 25-26, and Nick is going to land in Jodhpur on November 28. He is also all set to perform at the sangeet ceremony. A report earlier claimed, “Nick will be performing with his troupe at the sangeet. It is tentatively a 45 mins performance where he will be singing some love songs for PeeCee. The event organizers have already been told about this special act that will be a part of their sangeet.” (You May Like: Ranbir Kapoor Accompanies Alia Bhatt To A Hospital After Minor Injury On The Sets Of Brahmastra) 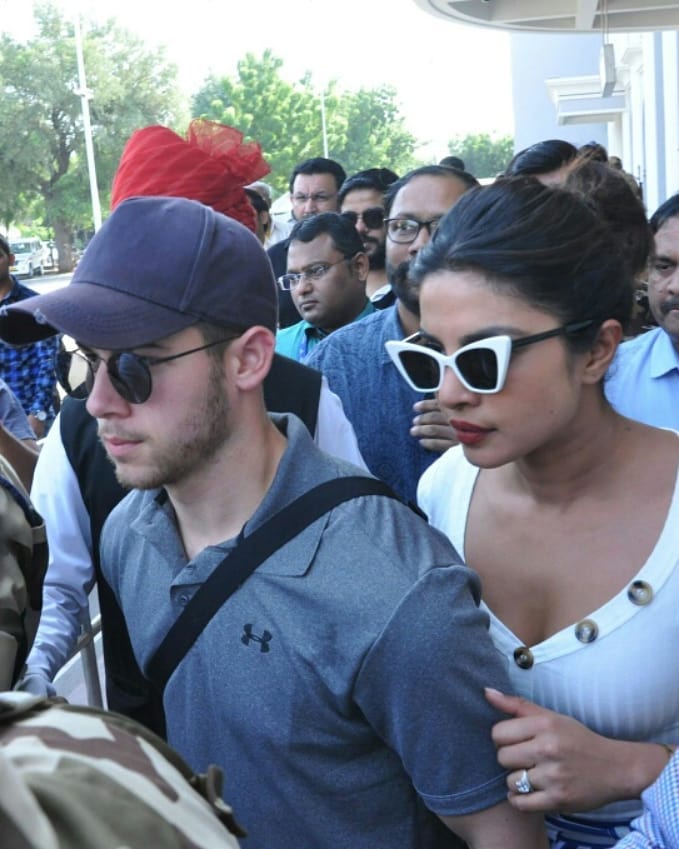 Earlier, confirming the wedding venue as Umaid Bhawan, an online tabloid reported, “Nick and Priyanka were recently in India and had even gone to Jodhpur. That was when they decided the gorgeous Umaid Bhawan to be their dream wedding venue. They will have a limited guest list of 200 people with only their close friends and family in attendance. Since lot of their Hollywood friends are settled in New York, PC is quite excited to have her bridal shower there followed by a grand wedding in Jodhpur.” 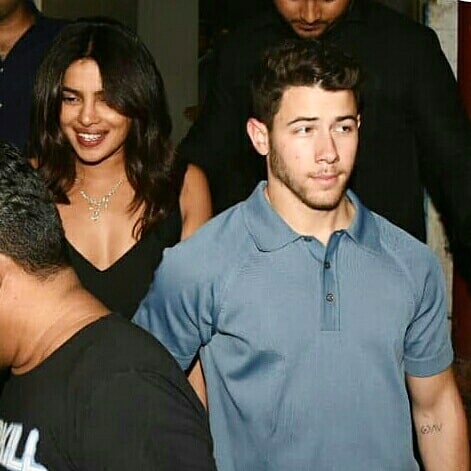 A recent social media anecdote related to Nickyanka won everybody’s heart. Nick shared with his fans that he was diagnosed with diabetes when he was just 13. Elaborating further and opening up about his struggles, Nick wrote on Instagram, “13 years ago today I was diagnosed with type 1 diabetes. The picture on the left is me a few weeks after my diagnosis. Barely 100 pounds after having lost so much weight from my blood sugar being so high before going to the doctor where I would find out I was diabetic. On the right is me now. Happy and healthy. Prioritizing my physical health, working out and eating healthy and keeping my blood sugar in check.” He worded his post further, “I have full control of my day to day life with this disease, and I’m so grateful to my family and loved ones who have helped me every step of the way. Never let anything hold you back from living your best life. Thank you to all my fans for your kind words and support. Means more than you know. Love you all. #grateful #diabetes #livebeyond #fbf.” And his wife-to-be, Priyanka Chopra commented on his post, and it’s every couple goal ever. She commented, “Everything about you is special, with or without diabetes,” followed by a kiss emoji. This is such an adorable comment, isn’t it? 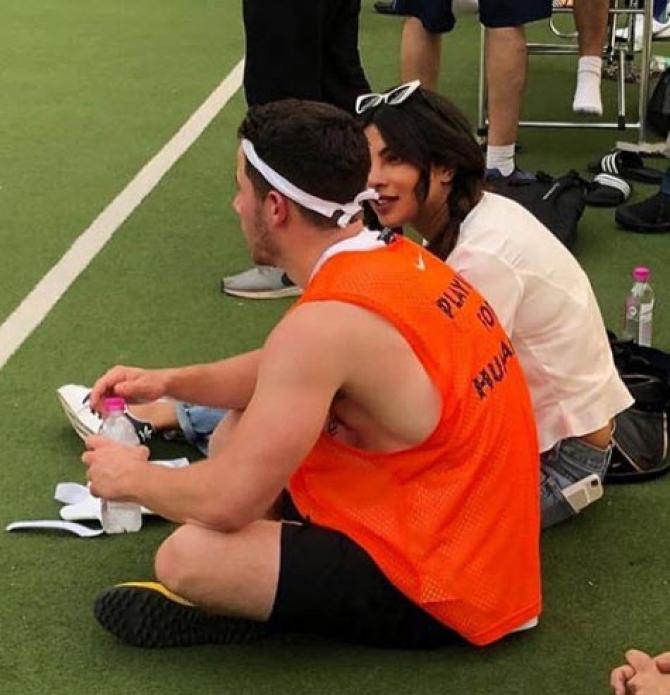 In an interview that Nick did a while ago, he revealed what made him fall for Priyanka and said, “So many things. I could go into all of it and get all mushy but, I think the thing that really connected both of us is our love for family and faith and the importance of being connected to those who are always going to be there for you. We found that in each other as well, which is a beautiful thing. I'm excited to start our life together.” (Don't Miss: Deepika Padukone's Konkani Saree Was Bought From A Store In Bengaluru, Not Designed By Sabyasachi)

Our excitement is now on a super-high level on learning that Priyanka and Nick will also have a Christian wedding after taking the vows as per Hindi rituals. 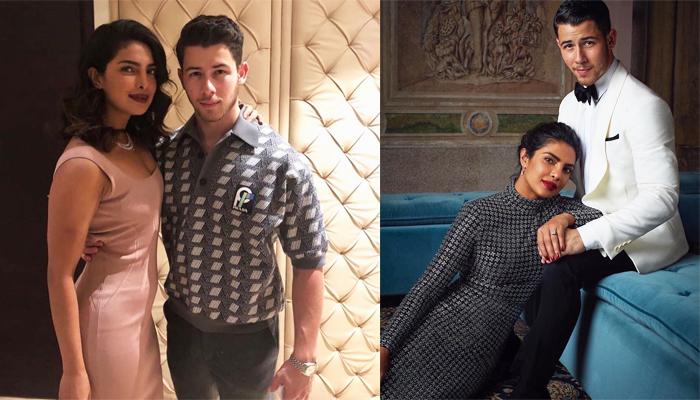 Priyanka Chopra and Nick Jonas are soon going to pronounced wife and husband on December 02, 2018. The couple fills our morning, evening and midnight voids with their incessant news these days. From our prior understanding and their statements, we all know that Priyanka and Nick are head-over-heels in love