Benafsha Soonawalla is making her singing debut and her rumoured beau, Priyanka Sharma can't keep calm! Read on his heartfelt encouraging letter for her.

Every year, Endemol productions bring about the most controversial Indian reality show, Bigg Boss with new contestants and newer twists and turns. With varied formats, cosy ‘under the blanket’ romance, lovey-dovey glances at one another, ultimately ending up with a thought to almost murder each other, Bigg Boss has a lot of interesting stuff at its end to offer to its loyalists. No wonder all BB fanatics eagerly wait for the last quarter of the year! One of the most interesting seasons in the history of Bigg Boss, was its season 11 when revelations were made, friendships were formed, heartbreaks happened, enemies emerged and not to mention, love too, blossomed. (Do Read: Deepika Padukone Fell Down While Working Out, Hubby Ranveer Singh Replies Naughtily To Her)

To give you all a recap, remember when Priyank Sharma’s then Splitsvilla partner and his now estranged lover, Divya Agarwal had come inside the house to pay the former a visit? She had verbally bashed him blue and ended their relationship by breaking up with him on national television. Courtesy, his closeness with co-inmate, Benafsha Soonawalla. But looks like fate had other plans for the now ex-couple, and Divya Agarwal is now happily dating Benafsha’s ex-beau, Varun Sood and Benafsha Soonawalla is rumoured to be dating Divya’s ex, Priyanka Sharma. Quite a topsy-turvy story it is! Though Priyank Sharma and Benafsha Soonawalla have never admitted their relationship, their PDA game and hangouts with each other reveals the obvious. After making her smashing entry into the world of entertainment with Suyyash Rai’s Bob Marley, Benafsha is soon making her singing debut. She shared a video of herself recording the famous Parineeta song, Kaisi Paheli Zindgani on her Instagram handle with a note to all her fans. Sharing a video from the recording, the 23-year-old star millennial wrote, “SURPRISE SURPRISE!! My first attempt at making music for y’all in the way I could, as promised. Y’all motivated me in those polls to go for it so here we go! There are very very very few people that know this side of me, but because y’all have been so supportive and loving even through my downs, I love you all so much and think y’all deserve to know this side of me too.”

Benafsha Soonawalla’s note further continued, “PLEASE HEAR TILL THE END and please forgive flaws if found and let me know any future song suggestions if y’all like? (god this is the first time in YEARS that I’m nervous) Special thanks and mention to @yazdidamania_26, you have been so kind, patient and understanding, my friend since so many years and one of the most talented people I know, we tried pulling this off without any technical, special effects etc and it obviously wouldn’t have been possible without you. Enjoy my husky little voice and Yazdi’s guitar skills. If y’all enjoy this I’ll make more music and come up with better and better things each time. Here’s our little Sweet and simple jam on ‘kaisi paheli zindagani’ from the movie ‘Parineeta’ for all you beautiful people.” 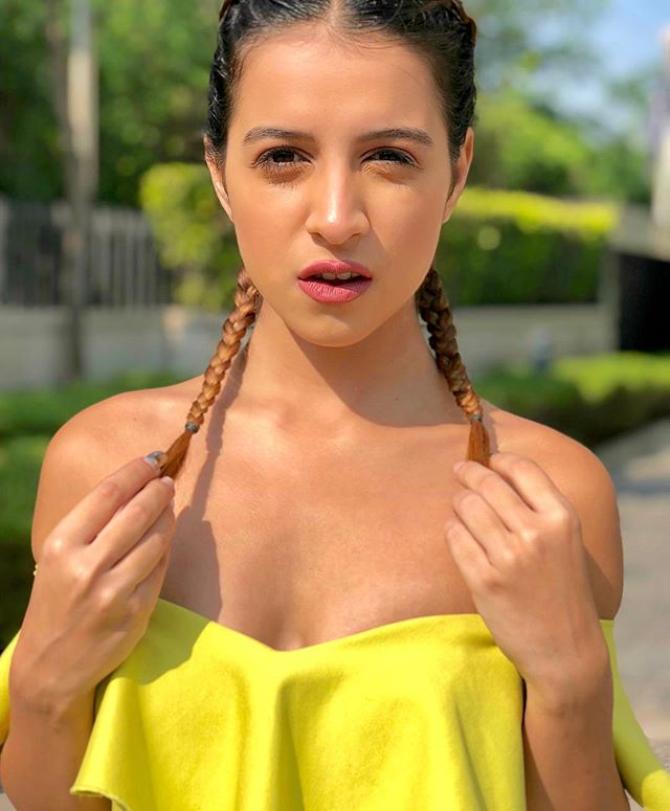 While we were still awww-ing over Benafsha Soonawalla’s talent, her rumoured boyfriend, Priyank Sharma took to Instagram and reposting her singing debut’s video, revealed how proud he is, of her! Priyank wrote, “Alright, 95 percent of you people don’t even know HOW I AM FEELING ABOUT THIS RIGHT NOW! No, you guys don’t know it. I AM SO DAMN PROUD OF YOU TODAY benny. FINALLY! Finally, you started this @benafshasoonawalla. I had no clue that you will release it. I can tell you guys one thing this is not even her best yet. SHE IS HOLDING IT IN RIGHT NOW. I have no clue why, but yes she is. COS I HAVE HEARD IT AND I AM WAITING FOR THE ANOTHER ONE BEN! THE BEST OF YOU! #artist.” Benafsha couldn’t stop posting a heartfelt comment on the same and wrote, “Oh godd you didn’t have to do this! But thank you soooo sooo soooo much and yes this was just the start, the world will see my best soon.” (Must Read: Anita Hassanandani-Rohit Reddy Burn The Dance Floor With Off-Beat Dancing And Lip Lock [VIDEO]) After a lot of dirty linen being washed in public was happening between Benafsha Soonawalla, Priyank Sharma, Divya Agarwal and Varun Sood, Benafsha had taken to Instagram and posted a long note and a couple of adorable pictures with Priyank, praising him to the core. It read, “Good lord. Alright people. I hear you. Here we go. Priyank Sharma, childish, sometimes rude to the people he loves, drama king. Priyank Sharma, also the most loving, emotional, sentimental and forgiving person to have ever stepped on earth. Priyank Sharma, the one who has broken quite a few phones when he’s angry, and priyank sharma, the same guy that’ll pick someone’s call who is in need with the same broken phone. Priyank Sharma, I assure you he will sleep off while watching a movie with you, but he’ll try to keep his eyes open just so you’re happy.” Benafsha Soonawalla’s note for Priyank Sharma could be further read as, “The one who will just not start eating until the person next to him has had the first bite. The one who’ll kill me for this post coz he thinks he’s the only one that can praise people, the one who will run on one leg to be there for his parents, his friends, the one who will fly from one country or city to another on one call. Priyank Sharma, the one I cried to right now because he knows we had a fight and HUGE misunderstanding, and he also knows I trust people easily. Because he does the same. All he said .. “sleep cheeks you were shooting all night” Words hurt, everybody’s words hurt. Tell me a time you guys haven’t hurt somebody with your words out of sheer anger and don’t even try to lie.” Benafsha Soonawalla’s note concluded with, “You could break a thousand phones, have a dozen fights, and we could say a million hurtful things to each other, and also sometimes have HUGE HUGE ‘MISUNDERSTANDINGS’ and bitch and gossip about each other to people who are or who we considered our friends but you are stuck with me forever. I’m aware a lot of people have a good laugh over our bond because it’s often misunderstood. But it’s funny how I get the last laugh, because never in many years will anybody ever find a bond as ours. Lastly, Priyank, you’re sometimes misunderstood, cause you talk too much, emote and express too much. But you know, you be you. Because the ones who know you will never let go. you’re crazy, childish at times, emotional mess, angry monster, but you’re also SO loving, respectful, forgiving, kind and someone who melts with a little hug. Priyank Sharma, Ben’s favourite boy, and she wouldn’t have him any other way. #mywholeteam.” (Also Read: Navina Bole Of 'Ishqbaaaz' Fame And Her Hubby Karran Jeet Blessed With Their First Child [Details]) 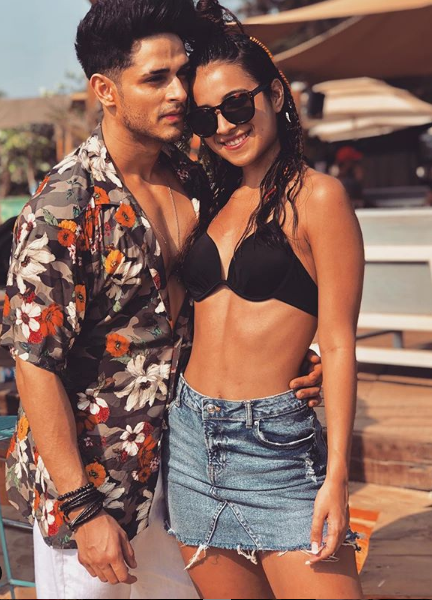 While no explanation is needed after such a heartfelt note, do you think Benafsha Soonawalla and Priyanka Sharma should make it official soon? Keep us posted!