South Indian superstar, Prithviraj Sukumaran informed his fans about a fake Instagram account which is named after his little daughter, Alankrita. Find out!

South Indian actor, Prithviraj Sukumaran is one of the biggest names in the history of South Indian film industry because of his incredible acting and humble nature. However, not a lot of people are aware of the fact that he's a family person and prefers to spend time with his family instead of attending parties and events. On June 21, 2020, Prithviraj had taken to his Instagram handle and had shared a picture of a little note written by his daughter for him on the special occasion of Father's Day. (Recommended Read: Neha Kakkar's Comment On Hubby, Rohanpreet's Latest Music Video, 'Ex-Calling' Is Every Wife Ever)

The actor had uploaded the note with huge pride and had written, "She's been seeing me low for a few days and said she was waiting for Father's Day to make me a "present". PS: Watch out. Her English is way better than mine was at 5!" in the caption. However, this time around the doting father is utterly disappointed by some people, who have created a fake IG handle of his little daughter. Scroll down to see his reaction! 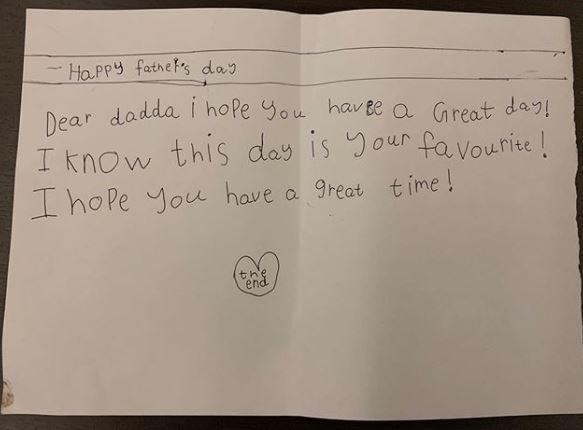 On November 9, 2020, South Indian superstar, Prithviraj Sukumaran took to his Instagram handle and shared a screenshot of an Instagram handle that has his daughter, Alankrita's photo as its display picture. The doting father informed his huge fanbase that this is a fake account and isn't created by him or his wife, Supriya Menon Prithviraj. The actor also stated in his long note in the caption that once his daughter is old enough, she can decide whether she wants to be on social media or not. His caption can be read as "Just wanted to bring your attention to this fake handle. This is not a page managed by us, and neither do we see the need for our 6-year-old to have a social media presence. Once she's older, she can decide for herself about the same. So please don't fall prey to this! #FakeHandle #Shameful #LetKidsBeKids #ReportThisHandle." Prithviraj's wife also reposted the same photo and caption on her IG handle too. Take a look: 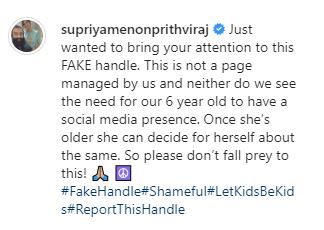 On September 8, 2020, South superstar, Prithviraj Sukumaran had taken to his Instagram handle and had posted an adorable picture of his daughter, Alankrita on her 6th birthday. In the photo, we could see the birthday girl posing for the camera with her brightest smile as she was looking beautiful in her floral dress. Along with the photo, her doting dad had penned an emotional note for her in the caption, and it could be read as "Happy birthday sunshine! You will forever be Daada's and Mamma's biggest joy and brightest light. A part of me wishes you wouldn't grow up so soon, but another part of me is so much in awe of the person you're growing up to be! I hope you continue to be full of surprises and never stop loving the world the way you do! I love you baby girl! PS: Thank you all for the love and wishes." (Don't Miss: Shehnaaz Gill's Father, Santokh Singh Sukh Pledges Not To Speak To His Daughter Again And Here's Why) On the other hand, Prithviraj's wife, Supriya Menon had also taken to her IG handle and had reshared the same picture on her account along with a beautiful note. The doting mother had talked about the kind of person her daughter is becoming as she is growing up really fast. In her caption, Supriya had written, "Happy birthday to our lil girl who's turning 6 today! Ally, you are growing up so fast that sometimes I wish I could turn back time! But I am so happy to see the kind of person you are turning out to be; Caring, Loving, Feisty, Independent. We wish you a world of happiness! I love you my baby! Happy Birthday Kutta!" The doting mommy had also posted a beautiful collage in another post and had thanked everyone for their warm wishes. She had written, "Thank you all for your wishes, love and blessings!" (Also Read: Kangana Ranaut Dines Out With Family In 'Dhaba', Her Nephew, Prithvi's Expressions Are Priceless) 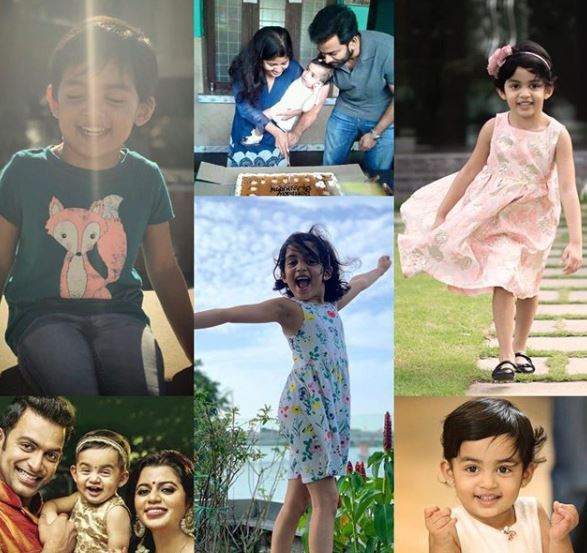