South Indian actor, Prakash Raj had once talked about his late son, Sidhu's demise, the reason behind divorcing his first wife, Lalitha Kumari, and getting married to Pony Verma. Details inside!

Legendary actor, Prakash Raj is one name that needs no introduction. The actor, director and producer has made a name for himself in Bollywood and South Indian film industry. The winner of three National Awards, Prakash Raj, has written his name with a golden pen in the history of cinema. However, on the personal front, Prakash Raj got married to Tamil film actress, Lalitha Kumari in 1994.

Together they had welcomed three children, two daughters, Meghna and Pooja and a son, Sidhu. Happiness encircled the family until one gloomy day when their five-year-old son, Sidhu, fell from the table and had struggled for a month before his injuries took him away from his family. Soon after which, Prakash and Lalitha also parted ways with each other. Once in an interview, the actor had recalled the tragedy and had revealed everything about the same!

Despite Having An Age Gap Of 12 Years, Prakash Raj Married Again At 45 And Became Father At 50

When Boney Revealed How He Fell For Sridevi In This Old Interview, Would've Built Taj Mahal For Her

Recommended Read: Shah Rukh Khan, Karan Johar And 4 Other Celebrities, Who Had Premature Babies, Surviving In The NICU 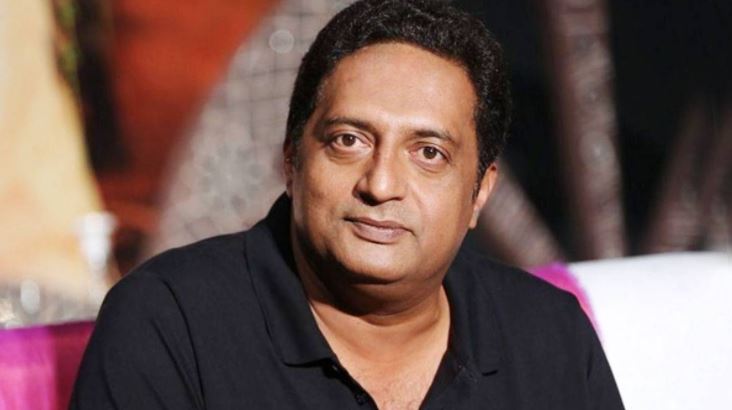 In an interview with ETimes, Prakash Raj had talked about his late son, Sidhu, who had passed away back in March 2004, after losing his battle with complications which he had suffered after he had a fall while flying a kite in January 2004. The inconsolable loss had devastated Prakash and his then-wife, Lalitha Kumari. When the doting father was asked whether he misses his son badly or the time has repaired the wound a bit, answering this, Prakash had stated that he had already removed every photo frame of his late son from his house to fight against the brutal reality that Sidhu is no more. However, Prakash had said:

"I can't forget him, even though I have removed all photographs of his."

Prakash Raj buried his son in his own farm 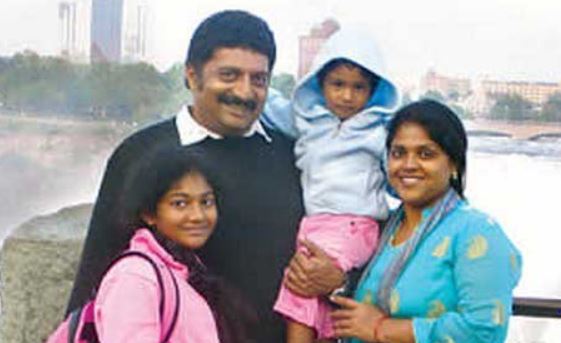 In his interview, Prakash Raj was asked why he had buried his 5-year-old son, Sidhu, in his own farm instead of burying him in a cemetery. Answering the same, Prakash had given an answer that would surely make your eyes wet. He had revealed:

"I am a non-believer and wanted to bury him in my farm. I just go, sit there many times. He is the one who made me realise how helpless I am and how unpredictable life is and how small it is and how weak you are in front of nature."

Also Read: 10 South Indian Celebs Who Prefer A King-Sized Life And Took A Step Further By Owning A Private Jet 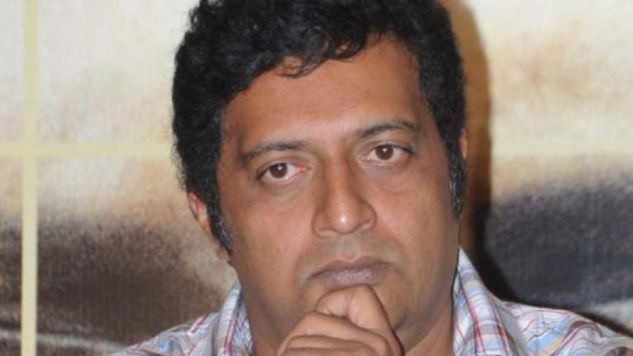 In the same interview, Prakash Raj also recalled the tragic day when his late son, Sidhu, had met with the accident that took away his life, slowly and steadily. The devastated father had stated that his son had fallen off from just a one-foot-high table and the injuries he had sustained were life-threatening right from the beginning. Although Prakash had clearly stated that he loves his two daughters and it's just that he cannot forget his late son ever. He had explained:

"I love my daughters, but just miss my child even though it's been nine years since he died. He was just five when, while flying a kite from a one-foot-high table, he fell on the ground." 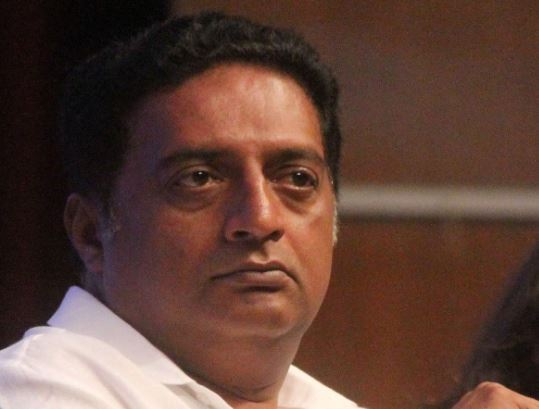 "For a few months after that, he would have fits, after which he died. Nobody could understand what was the reason. His death was more than any other sorrow for me."

However, Prakash Raj had also revealed the lesson he had learnt from his son, Sidhu's demise. He had stated:

"I don't take life for granted anymore and live in the moment."

Prakash Raj on why he wanted to divorce his first wife, Lalitha Kumari 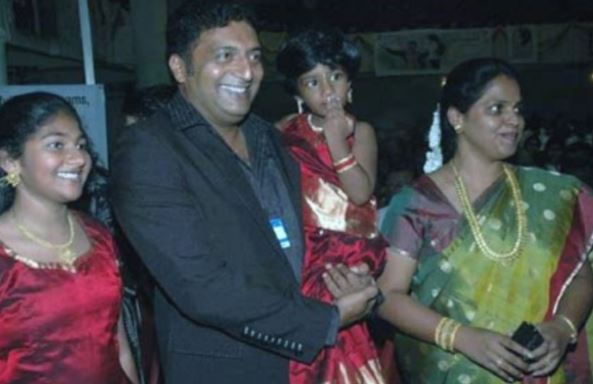 Going further in the same interview, Prakash Raj was asked to reveal how he had informed his daughters, Meghna and Pooja, about his decision to divorce their mother against her wish. The actor had explained the complex situation in much detail and revealed the things that had happened at that time. He had explained:

"I live life the way I am and I didn't want to lie so I sat my daughters down and explained to them why I wanted to divorce even though Lata did not want to let me go." 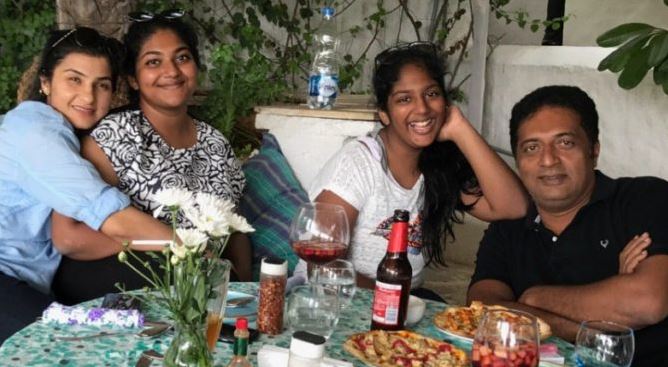 Before getting married for the second time, he made his first wife, Lalitha Kumari and his daughters, Meghna and Pooja, meet his then-to-be-second wife, Pony Verma. Prakash had explained how he had arranged a meeting between them. He had said:

"She (Pony Verma) met Lata (Lalitha) and my daughters, who said, 'Cool dad, please go ahead'. Then I went to meet her father and told them that I was divorced. They were shocked initially, but then blessed us. I was going to shoot in Australia for 15 days. She took her father and I took my mother to spend time together, post which we decided to get married."

Prakash Raj on age-difference of 12 years between him and his second wife, Pony Verma When Prakash Raj was asked to comment on the huge age difference of 12 years between him and his second wife, Pony Verma, the actor had stated that Pony has entered in his life like a breath of fresh air and had admitted that everyone needs a partner in their lives and in his case, he is just too lucky to have a wife, who is 12 years younger than him. In his words:

"She has been such a breath of fresh air in the family. I love her energy. I got married to her at 45. Suddenly, you feel younger and there is so much joy in my life. Otherwise, I would have been a senior actor and like some other senior actors would have turned into a tharki. Being alone, you need a woman in your life. And then you have a woman who is 12 years younger to you, who is mature, who hugs you, who makes you feel like going back home." At the end of his interview, Prakash Raj had also revealed that his second wife, Pony Verma, share a beautiful bond with his daughters, Meghna and Pooja. He had also added that he feels delighted and joyous to see them coming together like a family, leaving all the discords aside. 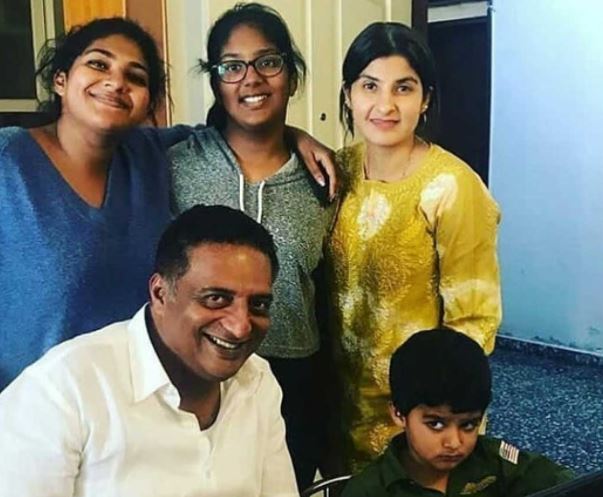 On the professional front, Prakash Raj will be seen next in the films, K.G.F. Chapter 2, Annaatthe, Ponniyin Selvan, Pushpa, and Enemy.