One of the greatest music directors in the history of this nation, Rahul Dev Burman a.k.a. RD Burman had composed musical scores for almost 331 films in his illustrious career. Whether we talk about his exceptional work with wife, Asha Bhosle and legend, Kishore Kumar or his personal life, the man was simply the biggest headline maker of his generation. RD Burman is also nicknamed as ‘Pancham da’ and will always be one of the biggest names in the history of music in this country. Right from the beginning, people knew that he was going to be a successful name in the business of music. But no one would’ve thought that he’ll go on to surpass his father and legendary composer, Sachin Dev Burman. (Recommended Read: Sushant Singh Rajput's Family Is Not Happy With The Digital Release Of His Last Film, 'Dil Bechara')

Now on his 81st birth anniversary his wife, Asha Bhosale has shared some unseen pictures with her late husband and also wrote a few heart-melting words for him. Scroll down to see the beautiful pictures! 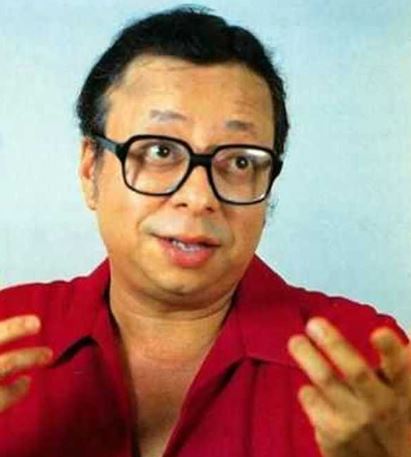 On June 27, 2020, legendary singer, Asha Bhosale took to her Instagram handle and shared two posts for her late husband and iconic singer, RD Burman on his 81st birth anniversary. In the first post, Asha Bhosale posted a beautiful monochrome picture with him as the two can be seen posing for the camera with their scintillating smiles. Along with the picture, the doting wife wrote a small note that can be read as “27th June is Shri Rahul Dev Burmans 81st birth anniversary and in his memory and as a tribute to his musical genius, I shall speak about one of the most iconic songs that have made him eternal.” The second post was also a monochrome picture and the couple had looked perfect while posing for the camera. Along with this picture, Asha Bhosale informed her fans about the premiere of her show that is going to be live on YouTube today, where she will talk about her married life with RD Burman and it can be read as “Come and join me https://youtu.be/o_Uq7J-miHk for the Premier of the first episode Asha Bhosle - Moments in Time today at 11 AM on YouTube.” Take a look. For the uninitiated, in 1960, Ganpatrao Bhosle, who was Asha’s first husband had decided to show Asha and their three kids the exit door after a lot of arguments. He didn't allow Asha to take anything with her and had left all of them all alone by themselves. But that had proved out to be a turning point for Asha as she had worked harder than ever before to make it to the top and was solely focused on her career. Soon her hard work and patience had rewarded with her back-to-back hits in big movies, after which, her career had reached new heights. She had also sung for movies like Gumrah, Waqt, Aadmi aur Insaan and Hamraaz. Her fan following was huge and amongst them was Rahul Dev Burman a.k.a. R.D. Burman, who would often accompany his father to his studio and it was that this thin college boy with big black glasses had seen Asha Bhosle for the first time. He was completely in awe of the lady and had even asked for her autograph. 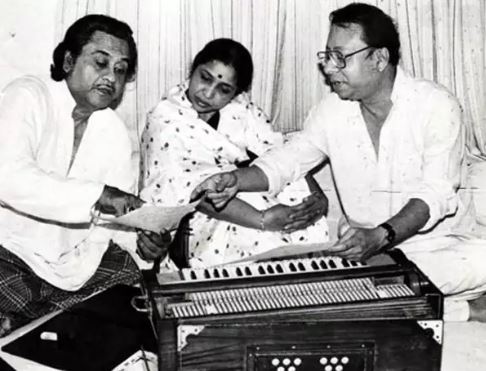 In 1966, Burman had married Rita Patel but had gotten divorced in 1971. He had collaborated with Asha on various occasions too. Burman was a trendsetter and so was Asha. Their love for music had brought them closer to each other. Finally, Burman, who was six years younger than Asha had proposed her. Asha was still haunted by the memories of her past and couldn't accept his proposal, but this did not dishearten Burman. After a lot of persuasions, Asha had agreed to marry him, and the couple had tied the knot in the 1980s. (Don’t Miss: After Nawazuddin Siddiqui's Legal Reply, His Estranged Wife, Aaliya Warns Him For Her Next Big Move) Asha and Burman were ruling the music industry as its first couple and also Asha's second marriage were not like her previous one. It was a bond of mutual understanding, respect and love. Although life was treating Asha the way she had always hoped for, this happiness was not for keeps. Asha and Burman had maintained some distance in the late 1980s because of Burman's alcoholism and incessant cigarette smoking. This, however, did not affect their admiration for each other. They would often meet and spend quality time together. It was during this time that Burman had suffered a heart attack due to his unhealthy habits and it was Asha, who had supported him in every way possible. 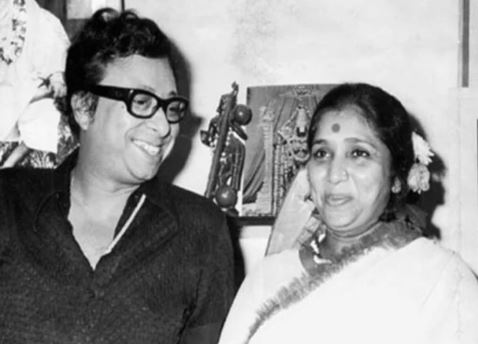 In 1994, Asha went to Burman's place for her weekly visit and had found the house empty. Later that day, she had received a phone call from Burman's servant who had told her that her husband wasn't feeling well. Asha had rushed to his place with her elder son and had gotten Burman hospitalised as soon as possible. But Burman couldn't delay his fate a little longer and had breathed his last breath on January 4, 1994. That day, Asha had broken into pieces because she had lost the man who had loved her the way she had always dreamt of. (Also Read: Shweta Pandit Takes Her Daughter, Izana For A Walk, Mommy-Daughter Duo Enjoys Nature's Beauty) 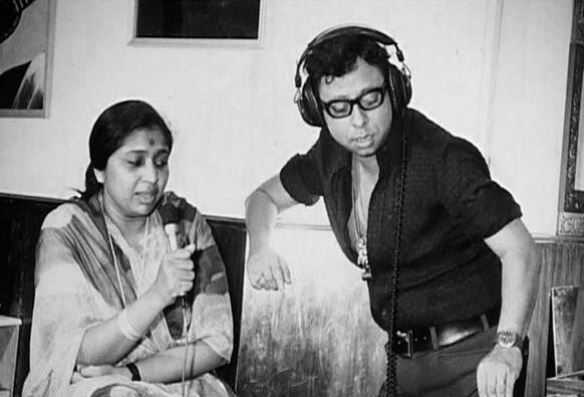