Nusrat Jahan made headlines about her wedding with Kolkata based businessman, Nikhil Jain. However, it is her white wedding pictures that made our jaws drop!

Bengali actress turned politician, Nusrat Jahan had made headlines about the news of her marriage with Kolkata based businessman, Nikhil Jain. And while we were gushing over her Hindu wedding pictures, she took our heart away with her white wedding. (Recommend Read: 'Nach Baliye 9' Contestants List Of Ex-Couples And Couples Who Are Putting On Their Dancing Shoes)

Yes, on June 19, 2019, Nusrat had tied the knot with Nikhil in the Turkish town of Bodrum in the presence of her family and close friends. The families had flown to Bodrum on June 15, 2019, and their wedding is considered the first destination wedding in Tollywood (Bengali film industry). She had shared the news of her wedding on her official social media handles and had looked gorgeous in a traditional red lehenga. However, it was just the trailer of her big day as, after the traditional Hindu ceremony, Nusrat walked the aisle in a white gown. Recently, she shared the picture of the same. and along with it wrote, "Yes - I Do" #whitewedding #fairytalewedding #lovewillfindyou @nikhiljain09 @knottingbells Thank u for capturing it all!" Take a look at their wedding picture below: 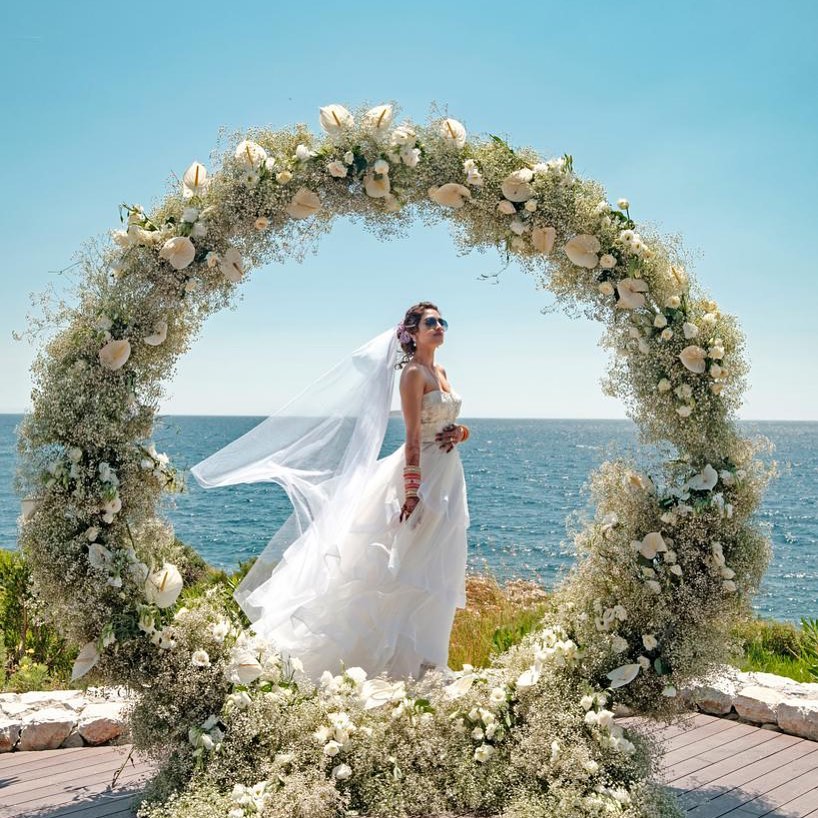 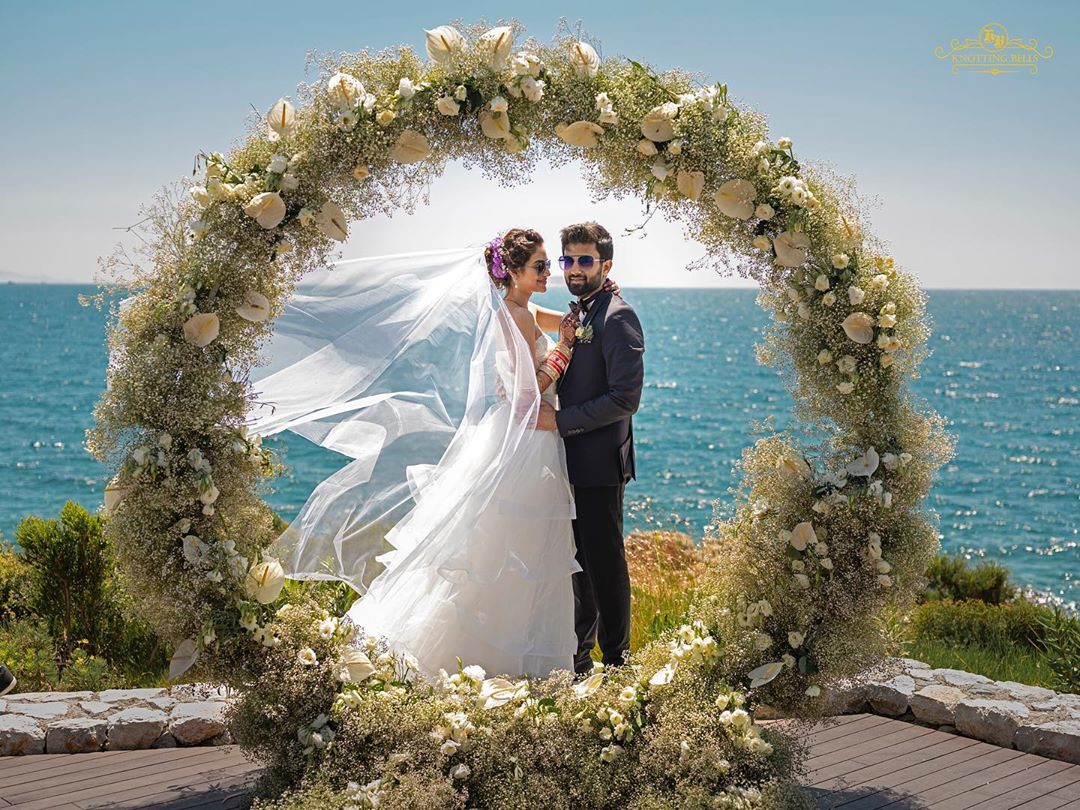 For those who don't know, Nusrat was earlier in a relationship with Kadir Khan, who was the primary accused in the most sensational rape case. In an interview with The Times of India, the actress had talked about how they met and had shared, "We met through friends in college and it took three-four months to utter those three words. And when we thought of taking the relationship forward, we broke the news to both our families. They approved of the match. Kadir is one of the most disciplined guys I've come across. He is not the mushy-mushy types but he will make sure his love gets the things she wants, even at 2 am. He is a one-woman man. I never saw him flirting or dancing with any girl at a party. His phone had only my pictures and I never saw any girl calling him." (Also Read: Dimpy Ganguly Posts A Heartfelt Birthday Wish For Baby Daughter, Reanna As She Turns 3 Years Old) 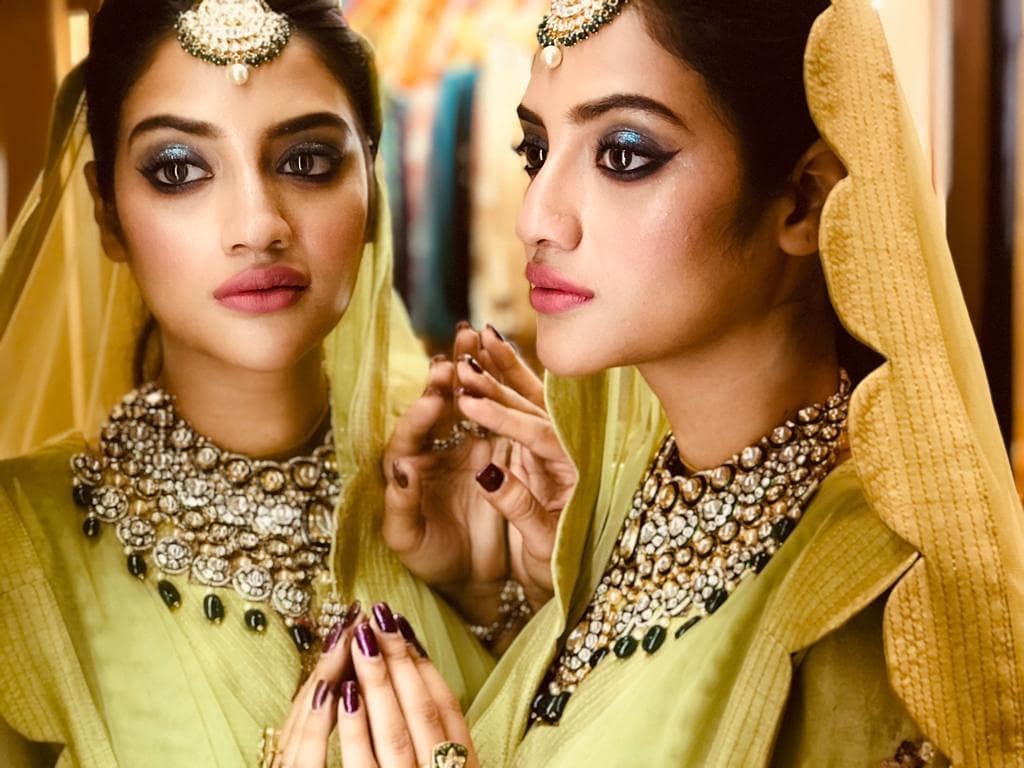 She had further added, "He was the guy who would be beside me whenever I needed him... (After a pause) Kadir is extremely possessive about me. So, at first, he didn't like my profession. He used to say I don't like the whole world watching you and yearning for you. I made him understand. Then, he was okay about it. In fact, when I used to see pretty girls becoming his friends on Facebook, I was not jealous. I used to tell him, "kya baat, all good-looking girls are becoming your friends. Proud of you." He too was confident about me." (Don't Miss: Srishty Rode Reveals Her 'Happy And Content' Status Post Manish Naggdev's Open Letter Accusing Her)

Well, Nusrat is looking gorgeous in a white wedding gown!