'Kaisi Yeh Yaariyan' fame, Niti Taylor had gotten engaged to her childhood sweetheart, Parikshit Bawa in August 2019. Scroll down to see how they celebrated their 1-month engagement yesterday! Celebrating monthly anniversaries have become a trend these days and everyone likes to reaffirm their love for each other on social media. As cliched as it may sound, even television and Bollywood celebrities take to their official Instagram handles and pour their hearts out by wishing their near and dear ones online. And how can Kaisi Yeh Yaariyan fame, Niti Taylor, stay behind in the race! Right from giving a pleasant surprise to her fans by making her relationship with childhood sweetheart, Parikshit Bawa, official to exchanging rings quite early than expected, Niti Taylor has been setting new benchmarks.

And if you have been living under the rocks all this while, let us give you a flashback! Niti Taylor was officially taken by the love of her life, Parikshit Bawa, on August 13, 2019, after making an official announcement about their union on August 12, 2019. And so was the beginning of their ‘oh-so-romantic’ #PARTITAYLES! Niti had sported an icy blue lehenga with tassel detailing on the hem of the blouse and cape-style sleeves, and Parikshit, on the other hand, had complemented her in a white traditional sherwani. (You May Like: Mira Rajput Kapoor Is Jealous Of Daughter Misha Kapoor's Hair, Shares Her Picture Flaunting Them) 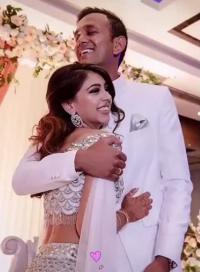 Yesterday, on September 13, 2019, Niti and Parikshit celebrated one-month engagement ceremony. Niti took to her official Instagram handle and shared an Insta-story that had her and Parikshit’s picture from their engagement. Atop the picture, she had wished her prince charming in style by writing, “Happy, “I know its lame to celebrate monthly anniversaries, but this is me and I’m doing it” Day. If I know what love is, it is because of you @parikshit.bawa”, followed by a heart emoji. She also shared a family picture in her next story, which happened to be from her pre-engagement mehendi ceremony. Atop that one, she penned, “My Humesha. One month already.” Take a look: 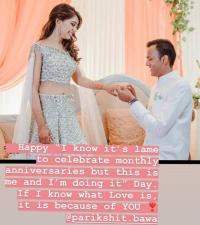 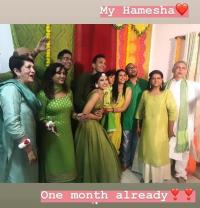 And that’s not it, Niti and Parikshit went for a romantic dinner along with their friends. Niti shared the glimpses from their one-month anniversary dining, on her Instagram stories. And then came her last story that had a yumilicious cake that had a picture of the two from their engagement ceremony. The snap in which Parikshit is bending down on his knees and putting that ring on his ladylove’s finger, capturing her heart for life and beyond. “Happy 1-month Partitayles”, the cake had atop of it. Niti confessed her love for Parikshit and wrote, “I love you bug @parikshit.bawa”, followed by a heart emoji. Checkout for yourself: 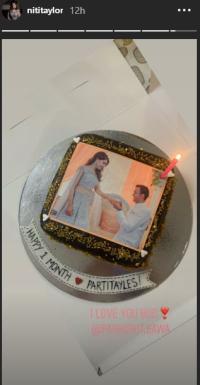 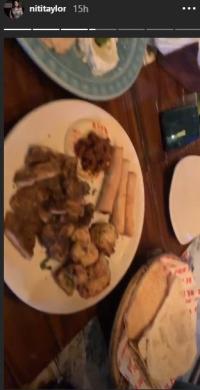 Unveiling her love tale with Parikshit, Niti was once quoted as saying, “I knew Parikshit from school and back then, we were good friends. A few months ago, we reconnected on Instagram. When I started to know him better, I realised that he is a gem of a person. I met him in Delhi. My parents met him too, and they also liked him a lot. The best part about having Parikshit in my life is that we share the same qualities.” (Also Read: Tahira Kashyap Wishes Her 'Lovely Human' Ayushmann Khurrana On His Birthday With A Peck On His Cheek)

In the same chat, she had also revealed her wedding plans with Parikshit and the fact that she never wanted to marry an actor. Niti had averred, “We don’t plan to get married this year. Hopefully, it should happen next year. My fiancé’s job takes him to different places, while I am currently based in Mumbai. I have always said that I will not marry someone from showbiz. I am happy that I am getting married to a man of my parents’ and my choice.” (Checkout: Sania Mirza Reveals What She Did When She Was Very Sick On The Last Two Days Of Her Pregnancy)