Nirali Mehta and Ruslaan Mumtaz are enjoying every moment of parenthood. On July 16, 2020, Nirali shared adorable pictures of her 'chota' baby.

Every woman experiences the most amazing time of her life when she enters the phase of motherhood. From morning sickness to the first flutter of her baby’s kick, a woman loves and lives every single moment of her nine-months journey with her little one. And when she finally holds her baby for the first time, all these moments come back to her like a dream. Experiencing all these feelings and cherishing every bit of parenthood, MP3: Mera Pehla Pehla Pyaar fame, Ruslaan Mumtaz and his wife, Nirali Mehta are busy nurturing their little one. (Also Read: Shikha Singh Shares A Glimpse Of New Parenthood As Her Daughter, Alayna Turned One-Month-Old)

The lovely couple, Ruslaan and Nirali had welcomed a baby boy on March 26, 2020, whom they have lovingly named, Rayaan Mumtaz. And since then, the lovely parents are creating beautiful memories with their little munchkin. Ruslaan Mumtaz and Nirali Mehta have an amazing love story which is not less than any fairytale. It was their dance guru, Shiamak Davar, who had played Cupid between the two. Ruslaan and Nirali had tied the knot in 2014 and after six years of marital bliss, they had entered the phase of parenthood.

Ruslaan Mumtaz's Son Shares An Uncanny Resemblance With His Mom, Nirali Mehta In Her Childhood Pic On July 16, 2020. Nirali Mehta took to her Instagram handle and shared adorable pictures with her son, Rayaan Mumtaz. Rayaan looked like a cotton ball in a grey onesie, cuddled in his mommy’s arms. The mommy-son duo looked happy as they smiled and posed for the pictures clicked by daddy. Along with the pictures, Nirali wrote, “I loooove you my chota baby.” 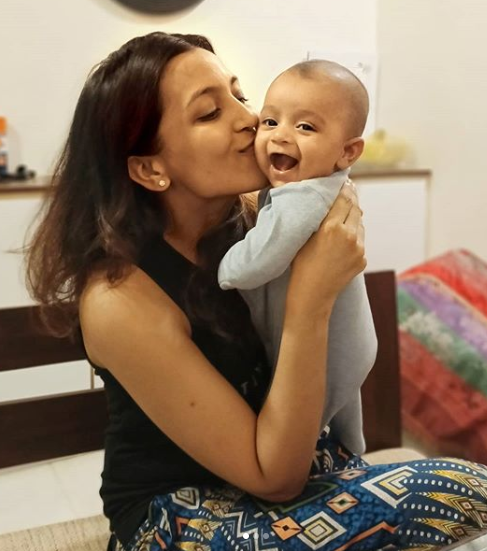 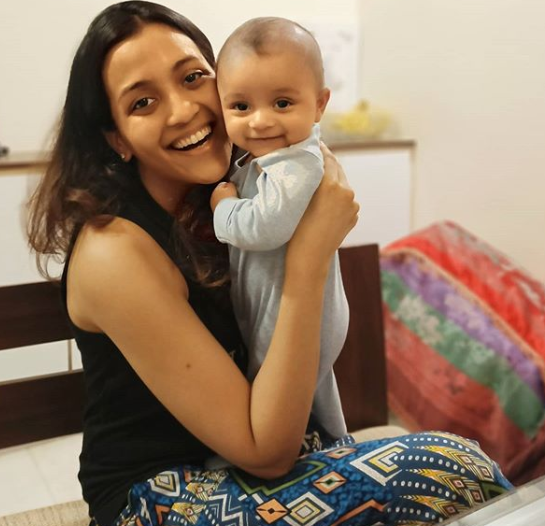 Some days back, Nirali explained why motherhood is worth all the efforts. She had taken to her Instagram handle and had shared a monochrome picture of her son, Rayaan sleeping peacefully on his mother’s lap. Along with the picture, she had written, “There are hard days in motherhood, but looking at your sleeping baby reminds you why it's all worth it” followed by a heart emoticon. (Also Read: Anupam Kher Shares An Update About His Mother, Dulari and Brother, Raju's Battle Against COVID-19) 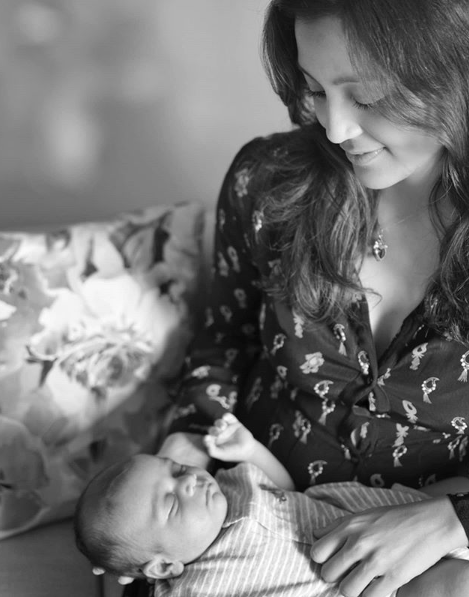 On April 29, 2020, Nirali had taken to her Instagram handle and had shared a beautiful video of herself kissing her son, Rayaan Mumtaz. In the video, Rayaan was seen smiling when Nirali was caressing him. As Nirali and Rayaan were enjoying their mother-son moment, Ruslaan was busy capturing the same. Along with the video, Nirali had written, “When @rayaanmumtaz started liking kisses Mommy son time captured by daddy.”

It was on February 1, 2020, when Ruslaan Mumtaz had announced that his wife, Nirali Mehta is pregnant and had revealed the due month. With a beautiful picture from their vacation, Ruslaan had written, “2020: THE RISE OF THE CHOTA BABY 16yrs back when we had met, you were my chota baby @niralirm. Then you grew up and weren't a baby anymore, you turned into a strong, independent woman and the Chota Baby disappeared but now in 2020, the Chota baby will rise again. Cheers to the Chota Baby Releasing in April 2020 only in Mumbai, India.” To which, Nirali had commented, “How adorable are you. I'll always be ur chota baby.” (Also Read: Sharad Kelkar And Wife, Keerti Kelkar Look Perfect As They Sing 'Mere Haath Mein, Tera Haath Ho') We love Ruslaan and Nirali’s chota baby, Rayaan. What about you? Let us know. 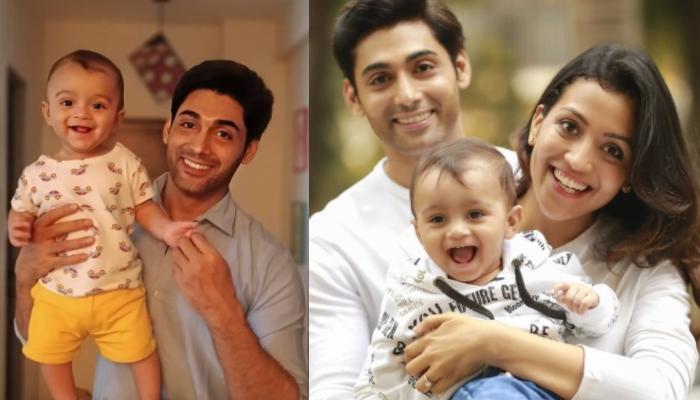 The year 2020 had been a tough one for all of us but for women, who were expecting their babies, it was nothing less than a nightmare. And one such couple, who had welcomed their first child, just a few days after the nationwide lockdown, owing to COVID-19 pandemic is