Everyone’s favourites, Nick Jonas and Priyanka Chopra are fully enjoying their courtship period. So much so, that unknowingly, they are giving some major and serious relationship goals to other couples out there. For the ones who don’t know, Nickyanka (as their fans fondly call them) got secretly engaged on the actress’ birthday in July 2018. And ever since then, their mushy pictures and lovely PDA have only made us fall for them. (Must See: Taimur Ali Khan Celebrates Ganesh Chaturthi With Kareena Kapoor Khan's Family, Steals The Limelight) 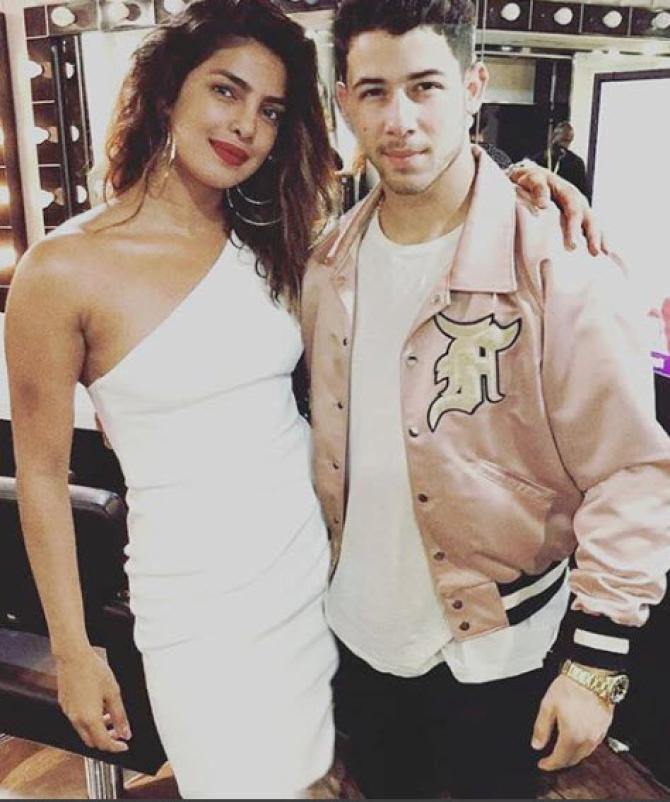 Priyanka Chopra Jonas Told Nick Jonas She Can't Cook For Him, This Is How He Reacted

Nick Jonas Gifts A Maybach To Priyanka Chopra Jonas, Guess What Name She Has Given To Her Car?

On a chat show named, The Daily Show, Nick opened up about his relationship and revealed why he felt she is the ‘one’ for him. Nick was quoted as saying, "So many things. I could go into all of it and get all mushy but, I think the thing that really connected both of us is our love for family and faith and the importance of being connected to those who are always going to be there for you. We found that in each other as well, which is a beautiful thing. I'm excited to start our life together." (You May Also Like: Women In Anup Jalota's Life: He Had Married Thrice Before Dating 37-Year-Younger, Jasleen Matharu) Nick even went on to disclose about the traditional roka ceremony that took place on August 18, 2018, in Mumbai. The handsome hunk shared his experience about the fact that two families united and had a beautiful time in India. Nick stated, "We combined the two families and have her side and my side both sign of on this union.” Priyanka and Nick made their relationship official on August 18, 2018, after having a close-knit traditional roka ceremony at Priyanka’s place in Mumbai. The ceremony was then followed by a grand party in the evening, where who’s who of the filmy duniya was present. (Also Check: 'Bigg Boss' Ex-Contestant Hina Khan's Super-Sweet Gesture For Karanvir Bohra's Wife Teejay Sidhu) Priyanka and Nick started having hots for each other when they walked the Met Gala red carpet together in 2017. As per reports, they were introduced by Chopra's Quantico co-star Graham, Rogers in April 2017. Later, a source told People.com, “They are so happy. His friends and family have never seen him like this, and they’re all really excited for him. He’s definitely very serious about her.” It further stated, “People are saying it’s a great match because they’re both so talented and understand the industry. Priyanka knows how to have fun, but there’s also a gravitas to her. The same goes for Nick. He’s serious but has a great sense of humour.” (Also Read: Inaaya Naumi Kemmu Waves At The Paparazzi, This Unusual Glimpse Of Her Is A Sheer Delight For Fans) Priyanka is 36 years old and Nick, on the other hand, is 26 years old. Kicking aside this age barrier that they have between them; the lovebirds have finally decided on forever. Talking about the same a source had earlier revealed, “Nick loves dating older women, and if anything, it makes Priyanka even more attractive to him. Nick has been obsessed with Priyanka since they started dating. He obviously thinks she’s beautiful, but he’s also drawn to her intelligence. She has this charisma and energy that draws you to her, and she’s fit in so well with his friends and family.”

Priyanka Chopra and Nick Jonas, you both rock as a couple. Wish you a lifelong of togetherness!