International singing sensation, Nick Jonas and Bollywood actress, Priyanka Chopra are a match made in heaven. The duo is married for 3 years now.

Priyanka Chopra Jonas and Nick Jonas are a happily married couple and are enjoying every bit of their marital life. The two are living their best life in their dreamy Los Angeles home. Priyanka Chopra Jonas and Nick Jonas have been hitting the headlines for a while now. But despite the thick and thin, they are together and their bond is getting stronger with each passing day. However, after being 3 years in marital bliss, Nick-Priyanka fans are eagerly waiting for them to announce the good news as the fans feel that it is the right time. However, the couple is taking things slow.

For the unversed, after a roka ceremony in August 2018, Priyanka Chopra had announced the news of getting married to International sensation, Nick Jonas. She had added 'Jonas' to her surname on December 1-2, 2018, as she had got married to her forever love, Nick, at Umaid Bhawan Palace as per both Christian and Hindu rituals. 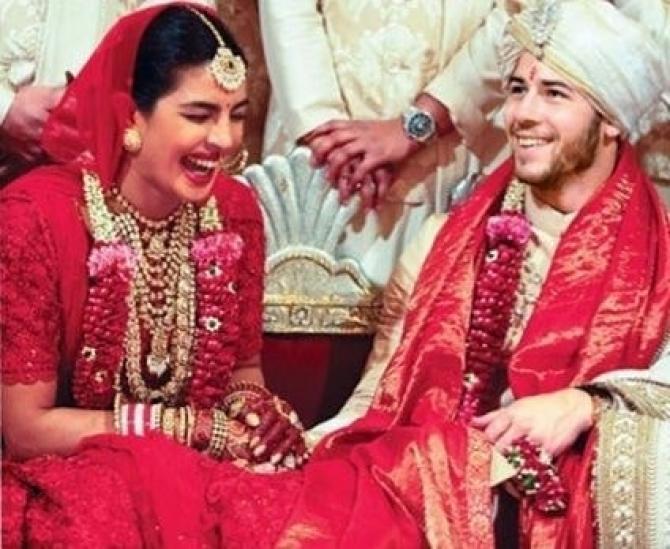 On November 23, 2021, Netflix dropped a show, the Jonas Brothers Family Roast, which was dedicated to the Jonas Brothers, Nick Jonas, Joe Jonas and Kevin Jonas. Several comedians and the singers' wives graced the show and roasted them leaving the audience to go ROFL. However, the 'Desi Girl' of Bollywood stole the show as she roasted her husband, Nick Jonas and his brothers. Priyanka Chopra Jonas took to her IG handle and shared a glimpse of her performance on the show, and wrote:

In the video, Pee Cee can be seen standing on the stage with a mic in her hands. The actress was decked up in shimmery deep gold and black body-hugging dress with a slit. She completed her look with wavy curls and metallic heels. During the roast, Priyanka took everybody by surprise as she dropped a huge bomb on the audience, especially her husband, Nick Jonas. It so happened that Pee Cee talked about how Nick Jonas' brothers have kids, Kevin has two daughters and Joe has a daughter. She further continued and shared that she and Nick are the only couple who doesn't have a kid, and said:

"We're the only couple who doesn't have kids. Which is why I'm excited to make this announcement. Nick and I are expecting...(took a long pause) to get drunk tonight and sleep in tomorrow!" While the audience laughed like there is no tomorrow, Nick's reaction was epic. The singer was left dumbstruck and suddenly froze. Watching him, Pee Cee said, "Your face was really funny when I said that." To which, Nick reacted and said, "Yeah I was a bit concerned." Moreover, concluding her roast, Priyanka Chopra brought the house down as she said:

"I wouldn't want to babysit, I mean, be married to anyone else." On a chat show, The Daily Show, Nick had opened up about his relationship and had revealed why he felt that Priyanka is the ‘one’ for him. The singer was then quoted as saying:

"So many things. I could go into all of it and get all mushy but, I think the thing that really connected both of us is our love for family and faith and the importance of being connected to those who are always going to be there for you. We found that in each other as well, which is a beautiful thing. I'm excited to start our life together." Earlier, in an interview with the Hindustan Times, Priyanka had talked about her married life so far. She had shared:

"I am at a pause and prep in life after getting married. I kind of took it a little bit easy. I just did one movie. I travelled a lot. Both our lives are so busy that we had to make an effort to spend enough time with each other. But this year is all about getting back into work and prep. I am doing some incredible things this year." On the professional front, Priyanka Chopra will be next seen in the movie, The Matrix Resurrections.

Don't miss: Shahid On Working With Pankaj Kapur In 'Jersey': Shared The Director's Dilemma After The First Shot 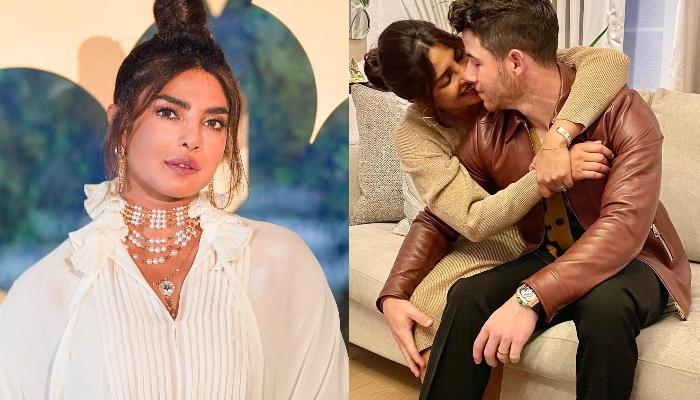 Bollywood actress-turned-Hollywood diva, Priyanka Chopra Jonas is an inspiration for many. However, just like all of us, Priyanka also has those low days when things don't seem to be working according to the plan. But the one person, who is always around her and act as her pillar of strength