Seems Paras Chhabra is yestertimes news as a new man has knocked in the heart of Akanksha Puri. Scroll further to know the deets! After an ugly breakup, lovebirds, Paras Chhabra and Akanksha Puri, who were once madly in love with each other, left no stone unturned to jeopardize each other's names. So much so, that we witnessed a lot of comments from both of them about each other’s career, choices, and character. Kind of hard to believe that people who were once two-bodies-one-soul to each other, could turn sour to such extent for each other. (Recommended Read: Saif Ali Khan Revealed That Kareena Kapoor Restrained Him From Posting An Adorable Video Of Taimur)

But all that's in the past now, the couple has parted ways and is moving on in their respective lives. A new gossip has been swirling around in the air over Akanksha's new crush and we have all the details for you. Akanksha has expressed her desire to go on a date with this handsome hunk and we couldn't agree more. Scroll down for further details! 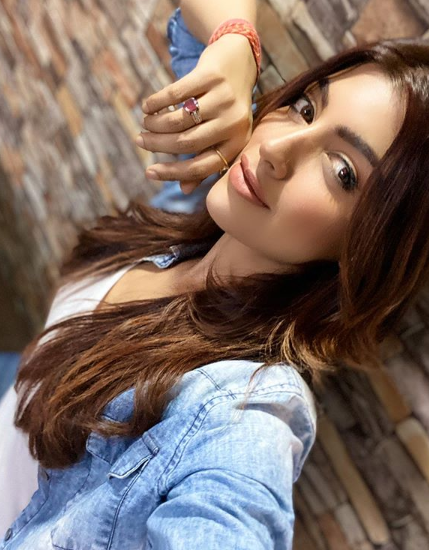 In a live chat session with Telly Chakkar, Akanksha revealed who's she is crushing upon, currently. And it's none other than the TV industry's popular actor, very handsome, Shaheer Sheikh, with whom she wishes to go on a date if given a chance. Not only for a date, she further expressed her desire of working with him as well. And when asked what genre would she prefer, without hesitation, she said, romance. We have the perfect song that Akanksha might sing for you-know-who! Want to listen? Here it goes: Dekha Jo Tujhe Yar, Dil Me Baji Guitar! Anyway, jokes apart, Kuch Rang Pyar Ke Aise Bhi fame, Shaheer Sheikh was rumoured to be dating co-actor, Erica Fernandes once, but to their fans' utter disappointment it wasn't so. We are yet to receive a comment from Shaheer Sheikh over Akanksha's apparent interest in him, and just like you even we're restless. Seems Akanksha is ready to move on after all. (You May Also Like: Nostalgia Alert: Sonali Bendre Shared A Picture Of Herself From The 90s With A Note To Younger Self) 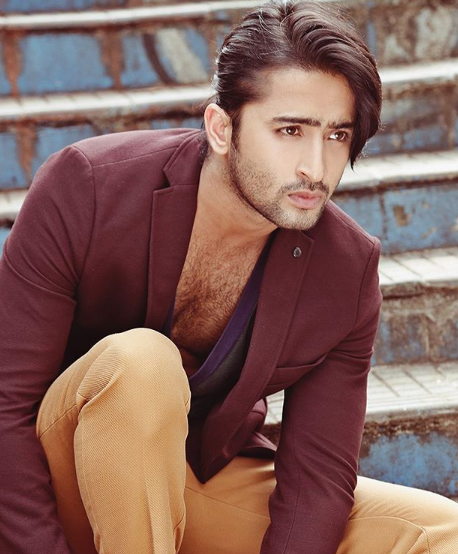 A lot has been written about Paras and Akankhsa's ugly breakup, accusations have been hurled over one another, both of them didn't leave any chance of dragging the other's name in the mud. In a recent interview with the India Forums, she had said, “I don’t have an identity but you can see it’s ironic that the same Paras who claims that I am using his name for publicity, keeps taking my name in every interview, despite doing two reality shows back-to-back. He is still trending because of my name.” Further in the interview, Akanksha had talked about an incident when the duo was in a relationship and was shooting for their show, Vighnaharta Ganesh. She had revealed, “He is used to feeling insecure when people used to call him my boyfriend. He was very upset with the article and even called the editor and had a huge argument with her for the headline, as he said that earlier he was known as Sara (Khan)’s boyfriend and now he cannot take the tag of Akanksha’s boyfriend.” Damn, that's some ugly catfight! Anyway, let's focus on the good news, which is, we might see Akanksha Puri and Shaheer Sheikh together in a show soon. (Also Read: Shabana Azmi And Javed Akhtar's Hilarious Twist To 'Abhi Na Jao Chhod Kar' Is Perfect Lockdown Treat) 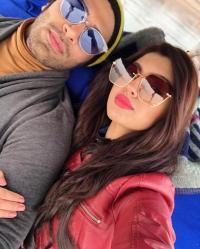 Are you also excited for Shaheer's comment on the same? Let us know!