Neil Bhatt Opens Up About Why He Opted For A Small And Intimate Wedding With Wife, Aishwarya Sharma

In a recent interview, 'Ghum Hain Kisikey Pyaar Mein' fame, Neil Bhatt opened up about his life after marriage with his wife, Aishwarya Sharma. Details inside!

Ghum Hai Kisikey Pyaar Mein fame, Neil Bhatt and Aishwarya Sharma Bhatt had tied the knot on November 30, 2021, in a traditional Rajasthani wedding. They have been enjoying their marital life and sharing glimpses of the same with their fans. For the past few days, social media was buzzing with pictures and videos from their haldi, mehendi and wedding functions. And now, the newly married Neil Bhatt revealed how his life has changed after his marriage with Aishwarya.

On December 2, 2021, Aishwarya Sharma Bhatt had shared a video from her dreamy wedding with Neil Bhatt. From Neil’s baraat to Aishwarya’s bridal entry and their phere, the video had beautifully comprised their wedding journey. Sharing the video, Aishwarya had penned a gratitude note for everyone and had written:

“And life Begins. Thankyou so so much papa and maa for everything you do for your daughters I can’t explain how happy I am and Thankyou so much my whole family my both the families, this was a dream wedding really unexpected and beyond my thoughts, love you all. I am so blessed.”

In an interview with ETimes, Neil Bhatt opened up about the changes that his life has been through after his wedding with Aishwarya Sharma. The actor revealed that his wife had been living with him for the past six months, so it has been a smooth ride. Talking about the same, he said:

"Honestly, both Aishwarya and I feel that there have not been many changes. Since we were together only, so the transition has been really smooth. She has been living with me and my family for the last six months. After late pack up from the sets, she sometimes used to come to my house and stay with me and my family. Everything was very organic for the two of us." 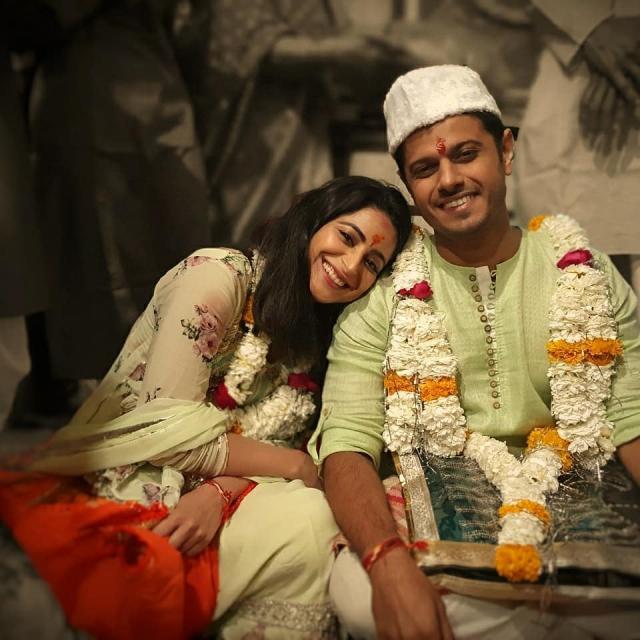 Despite being an actor, Neil had opted for a simple and intimate wedding. The actor shared how marriage was a rollercoaster ride for him as well as his wife, Aishwarya Sharma, and how the two had enjoyed their wedding to the fullest. In his words:

"I am a very simple guy who belongs to a simple family and just like a normal Gujarati guy I like keeping things to myself only. Marriage for me is very sacred. I didn't want to carry the baggage of Neil the actor getting married, rather I wanted Neil, a simple guy getting married. And so I kept the wedding celebrations really simple and I enjoyed everything thoroughly. I never intended to keep my wedding a secret but before it happened I really didn't want to talk about it. Having said that, marriage for us was a roller coaster ride as we were also shooting for a daily as leads."

Also read: Ishaan Khatter And Ananya Panday Spotted At The Airport Together As They Returned From Their Trip Veteran actress, Rekha had graced Neil and Aishwarya's wedding celebrations and had surprised Aishwarya on her special day. Talking about the surprise, Neil shared how he had to manage everything and shared:

"For the wedding, I just had to give her one call and tell her that Aishwarya and I are getting married and that it would mean the world to us if she joined us for the celebrations. It was an instant yes from her. She said that her presence will be a surprise for Aishwarya, so she asked me to not tell her anything. Rekha ji made our special night even more special." 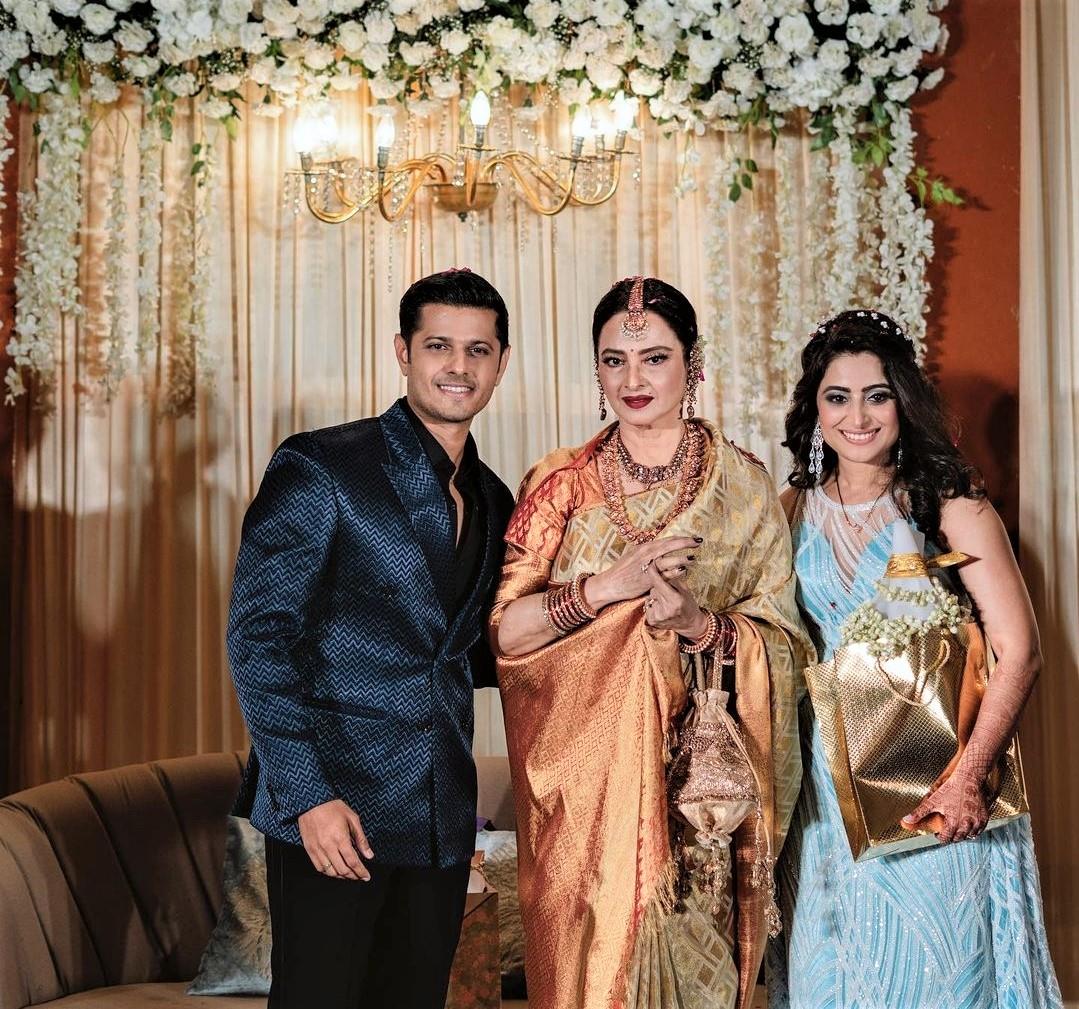 Neil Bhatt and Aishwarya Sharma had resumed the shoot of their show a few days after their wedding. So, after a month of their wedding, Neil and Aishwarya had jetted off to Jaisalmer, Rajasthan for their honeymoon. On December 30, 2021, taking to her IG handle, Aishwarya Sharma Bhatt had shared a few pictures from her honeymoon in Jaisalmer, Rajasthan with her husband, Neil Bhatt. In the pictures, the two could be seen lost in love with each other as they had posed hugging one another at some fort. Sharing the pictures, Aishwarya had written:

“Love is in the Jaisalmer @bhatt_neil.” 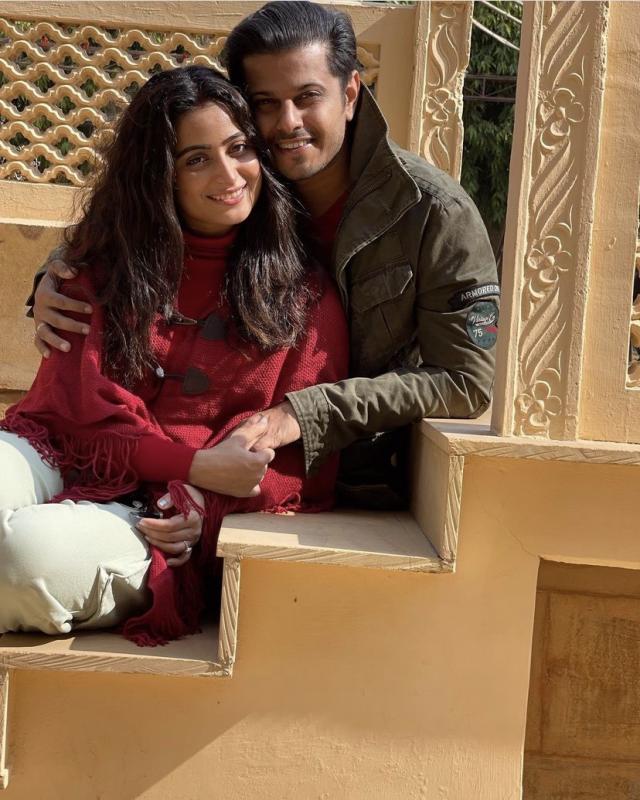 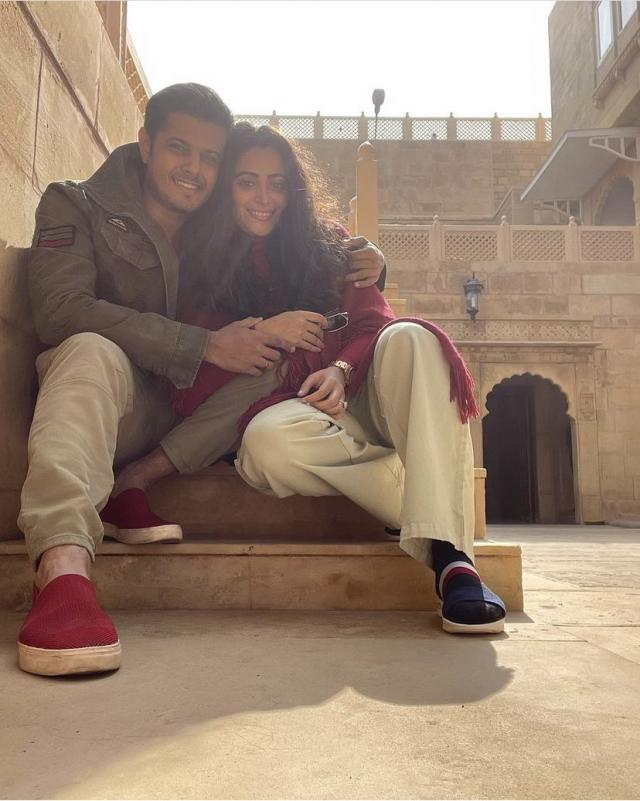 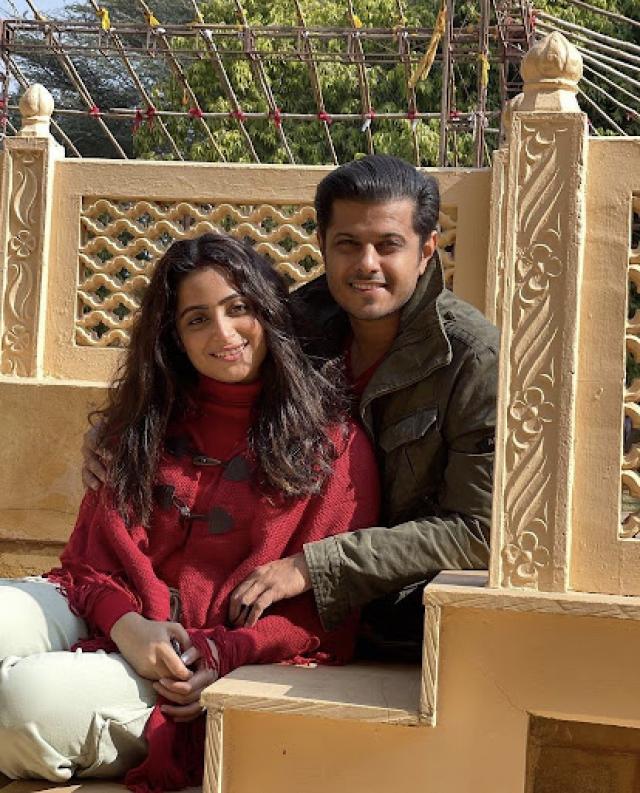 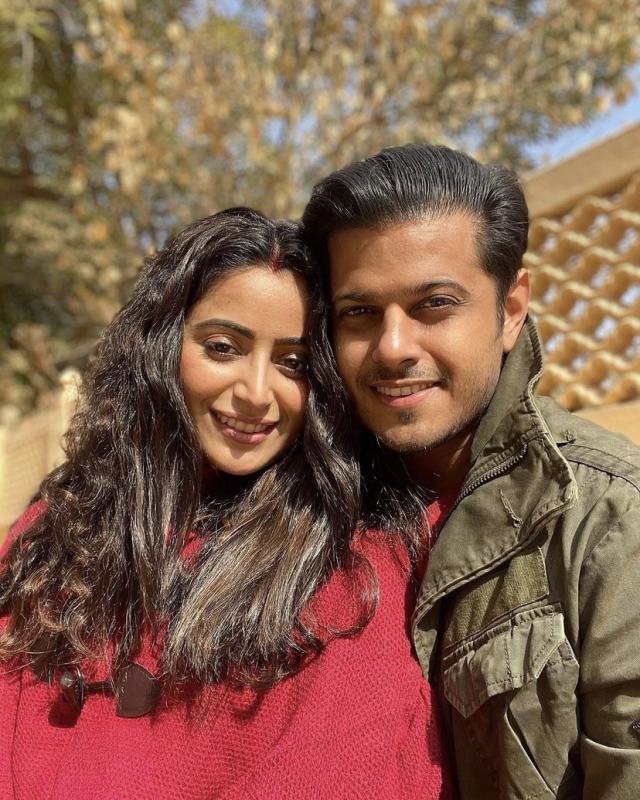 We hope that Neil and Aishwarya have a happy and blissful married life!