Bollywood's hottest singer, Neha Kakkar seems to settle down soon! Well, that's what her Instagram story is hinting at. Scroll down to know more!

The year 2020 has ruined many girls’ plan of turning brides! The big fat Indian wedding has become dream, thanks to the COVID-19 pandemic, which has postponed millions of weddings across the globe. However, with the new set of guidelines, many couples have rejoiced as they can tie the knot without stressing much about the guest list. While we know the dhoom-dhaam waali wedding might not be possible this year, many couples are still happily tying the knot in the lockdown. And looks like, Bollywood's prettiest singer, Neha Kakkar is one of them. (Recommend Read: Babil Khan Shares Picture Of His Late Father, Irrfan Khan With His Friends, Highlights His Cool Side)

Before we take you further into the story, let us take a look at Neha's remarkable journey so far. The singer has started her career by being a contestant on Indian Idol. And within few years of hardwork, she became the judge of the same reality show. As some say, hard work doesn't fail, that's what happened with the singer as she became the voice behind popular songs like, Kala Chashma, Aankh Maare, Kar Gayi Chull and many more. Over the years, Neha's marriage rumours become the headlines of every leading newspaper. But looks like the actress is all set to tie the knot or at least that's what her Instagram story is hinting at, and it raised a lot of eyebrows. On August 31, 2020, Neha took to her Instagram stories, and penned a line which can be read as "Aaja chal viyah karwaiye lockdown vich katt karwaiye." While we got all excited, we realised it the lyrics from one of her latest music video, Diamond Da Challa. Check it out below: 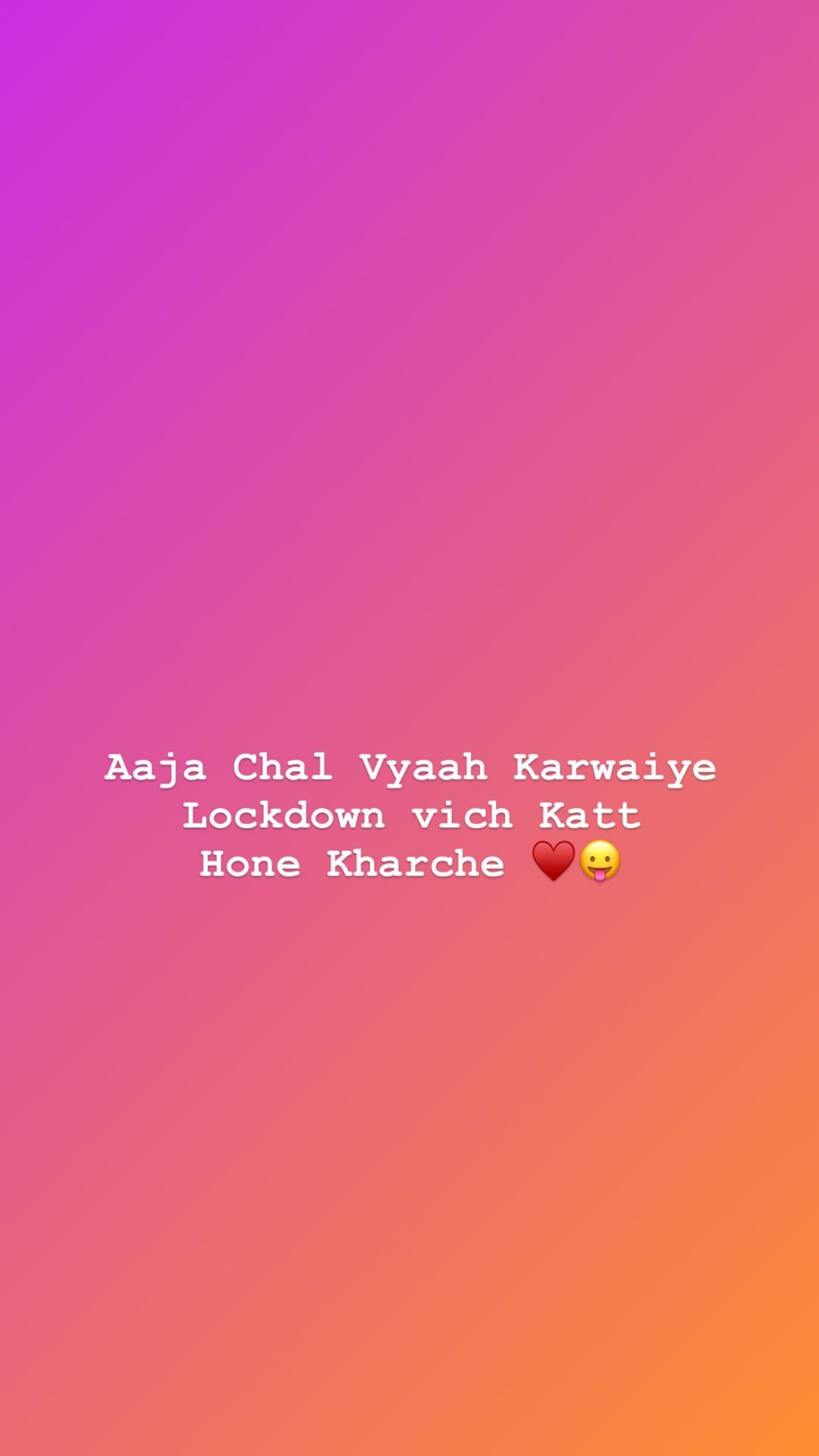 For those who don't know, a few months ago, Neha was rumoured to be dating the host of Indian Idol, Aditya Narayan. The news of their budding romance gained a lot of hype when Aditya's parents, Udit Narayan and Deepa Narayan Jha had expressed their wish to make Neha their bahu and had even tried to convince her on the show. Even, Neha’s parents had become a part of the prank and had told her that they had accepted the rishta. (Also Read: Arjun Rampal's Son, Arik Holds A Conversation With Mamu, Agisilaos, Mom Gabriella Shares A Glimpse) 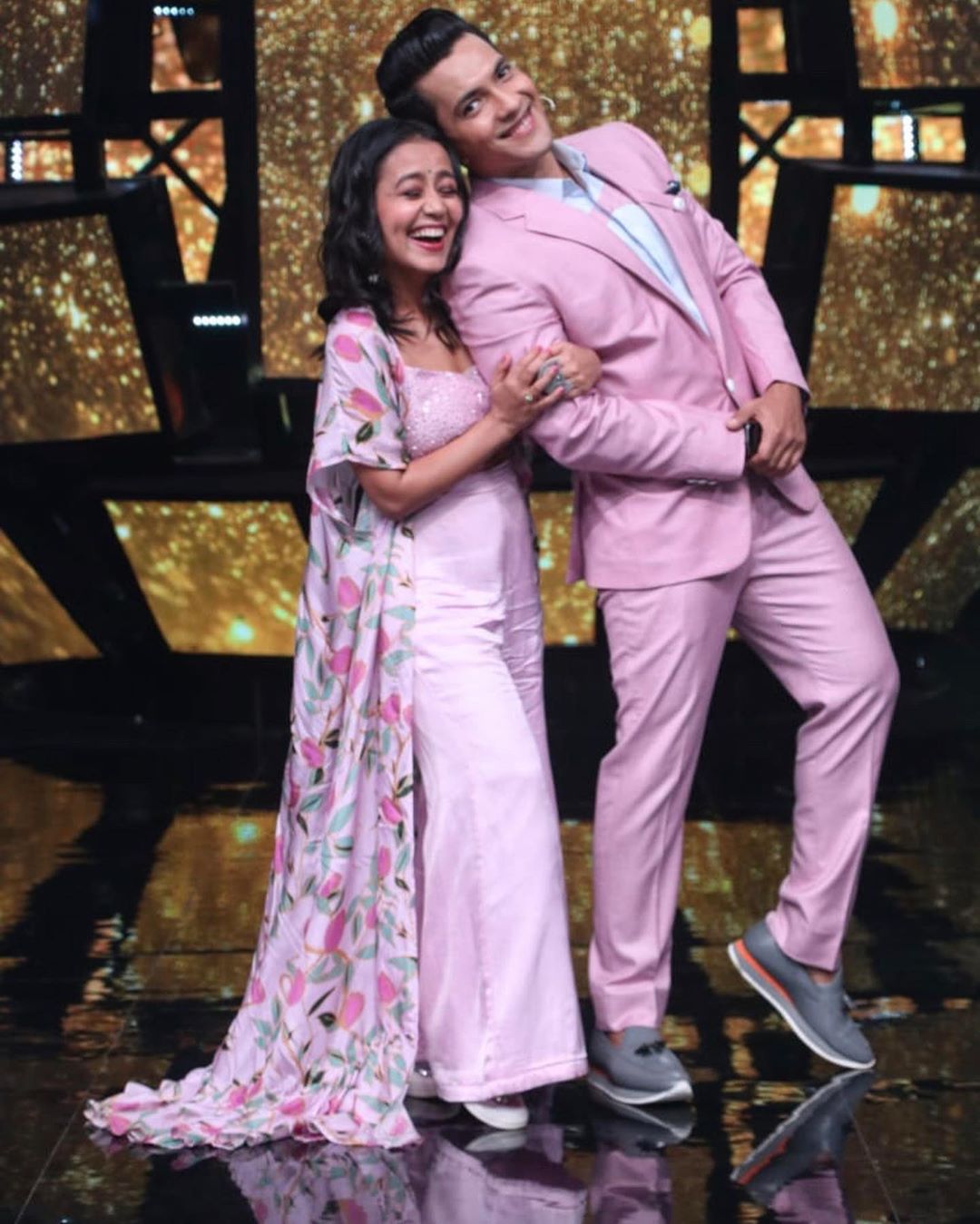 In an interview with the Navbharat Times, Udit Narayan had talked about Neha Kakkar and his wish of seeing her as his bahu. He had said, "Neha Kakkar is a very sweet girl. She sings very beautifully. I like Neha very much. Not only just me, but people also like her. I really like her and she has made a name for herself in the industry. I also keep listening to her songs. Both of them (Aditya-Neha) are also pairing up, but the rest is unknown to me. All this news is going on TV, but if they get married, I would love to see a female singer joining my family." (Don't Miss: Neena Gupta Says She Apologised To Her Daughter, Masaba Gupta For Not Letting Her Become An Actor)

Well, we wonder when the gorgeous actress will tie the knot!