On the first death anniversary of Ritu Nanda, Neetu Kapoor remembers her sister-in-law by sharing a throwback picture with her.

The year 2020 will always be etched in our hearts for all the uncertainties. From COVID-19 pandemic to losing some of our dear ones, we had witnessed more downs than ups in the past year. But the biggest lesson we learnt was that life is all about cherishing each and every moment spent with your loved ones. At the end, it is not the years that count, it is the memories you have created. On this day, last year, the Kapoor khandaan had lost one of their most loved persons, Ritu Nanda. (Also Read: Shilpa Shetty Dancing Her Heart Out With Shamita Shetty Is Unmissable, Shows A Glimpse Of Sisterhood)

Sister of Randhir Kapoor, Rishi Kapoor, Rajeev Kapoor, Ritu Nanda was diagnosed with cancer in the year 2013. She had taken her last breath on January 14, 2020, after battling the disease for 6 long years. An epitome of woman empowerment, Ritu Nanda was one of the biggest names in the male-dominated world of insurance. Amitabh Bachchan had informed the death of his samdhan, Ritu Nanda through his blog and had written, “My ‘samdhan’ Ritu Nanda, Shweta’s Mother-in-Law passed away suddenly at 1.15 Am... cannot communicate... travelling.” On the first death anniversary of Ritu Nanda, her bhabhi, Neetu Kapoor fondly remembered her with a throwback picture. On January 14, 2021, Neetu Kapoor took to her IG handle and shared a throwback picture with Ritu Nanda and Rishi Kapoor. The picture also featured filmmaker, Karan Johar. Along with the picture, Neetu wrote, “Miss you Ritu. You will always be remembered today and always.” Riddhima Kapoor Sahni too shared two throwback pictures, one featuring her and her bua, Ritu Nanda, atop which she wrote, “Thinking of you today-everyday”. And the second one was a childhood picture of Ritu Nanda with Rishi Kapoor, atop which Riddhima wrote, “Miss you both” followed by heart emoticons. Karisma Kapoor too remembered her bua by sharing a picture with her. (Also Read: Amitabh Bachchan Predicts MS Dhoni's Daughter, Ziva's Future After Virat Kohli Welcomed A Baby Girl) 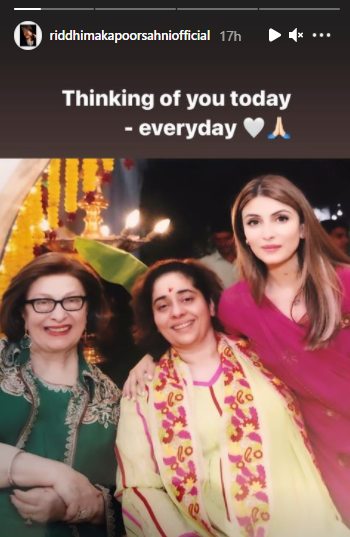 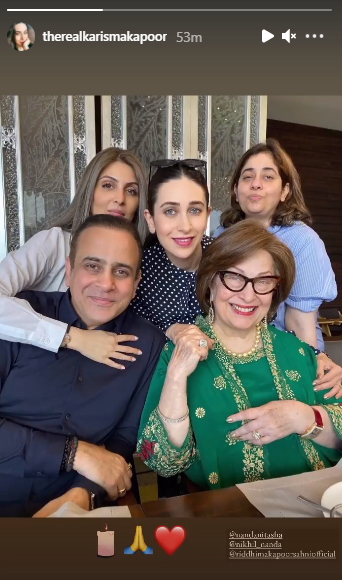 After the death of Ritu Nanda, Neetu Kapoor had taken to her IG handle and had shared the sad news of her demise with a heartfelt post. She had shared a picture with her and had written, “My dearest may your soul Rest In Peace”. Ritu Nanda’s niece, Riddhima Kapoor Sahni had taken to her Instagram to mourn the death of her bua with an emotional note. Riddhima had written, "To the kindest most gentle person I‘ve ever met - They don’t make them like you anymore - RIP bua #missyoualways." 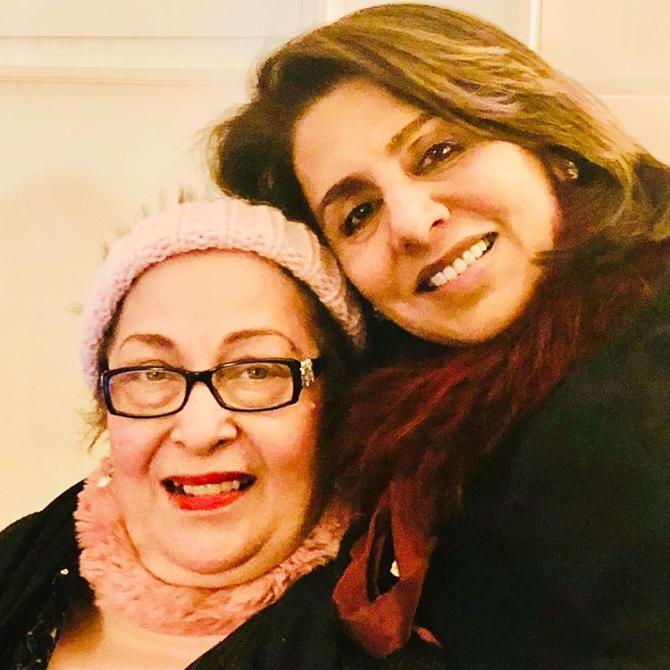 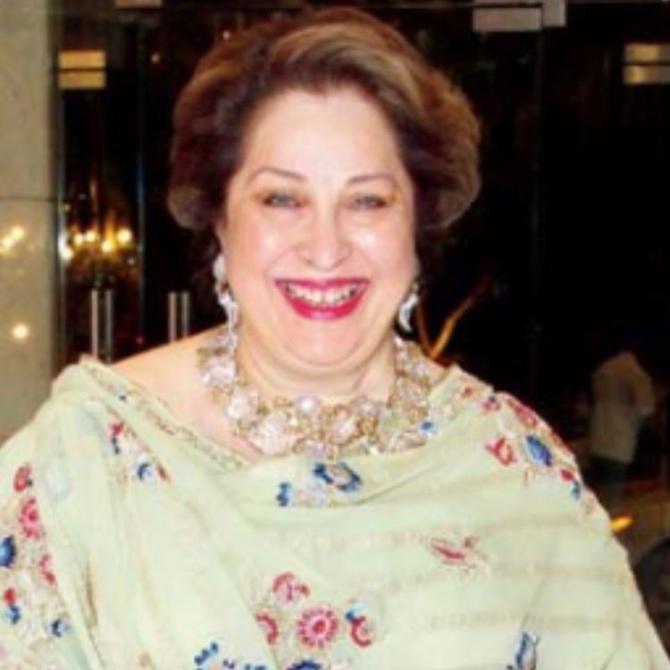 Daughter of Raj Kapoor, Ritu Nanda was the Chairwoman and Chief Executive Officer of Ritu Nanda Insurance Services (RNIS). She was honoured with the Brand and the Best Insurance Advisor of the Decade award from the Life Insurance Corporation of India and had entered the Guinness Book of Records for selling 17,000 pension policies in a single day. Believer of spiritualty and follower of Shirdi Sai Baba, Ritu Nanda, in an interview with The Indian Express had retorted when asked why she had to go through the suffering and illness, “That is my karma. I had to. As long as He is there to hold my hand while I go through it all, I know I will be ok. For five years I had all those pre-stroke events, without even realizing. It was my God looking after me.” On the birth anniversary of Ritu Nanda on October 30, 2020, Neetu Kapoor had remembered her sister-in-law and had posted an adorable throwback picture taken on her last birthday. Neetu had taken to her IG handle and had shared a picture with Ritu ji, where the bhabhi and nanad had hugged each other. Dressed in a green suit, Ritu ji had carried her trademark smile while posing for the camera. Recalling that beautiful day spent with her, Neetu ji had written, “Memories” followed by heart emoticons atop the picture. (Also Read: Jasmin Bhasin Screams 'I Love Aly' To The Paps After Confessing Her Feelings For Aly Goni [Video]) 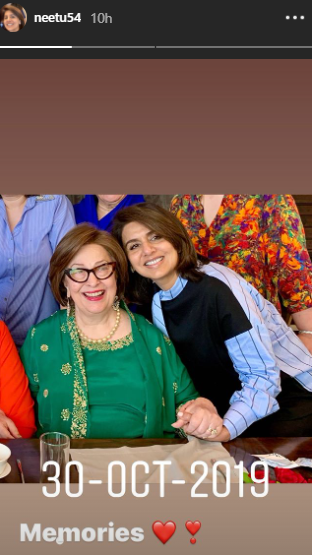 Your absence is and will always be felt, Ritu ji!