In a recent interview, Neena Gupta lauded Kareena Kapoor Khan for breaking the stereotypes in Bollywood and continuing to work in big-budget films even after becoming a mother of two kids. Find out!

The veteran actress, Neena Gupta needs no introduction as her second innings in Bollywood is getting all the limelight and success. Despite being one of her generation's most talented and gorgeous actresses, she had never reached the levels she was destined to. However, in her late 50s and early 60s, she had completely transformed her acting career upside down. With so many memorable roles in films and web series, she is currently leading the line for successful veteran actors in Bollywood at the moment.

Neena Gupta’s performance in Uunchai also received a lot of praise from the audience. However, now all the focus is on her upcoming film, Vadh in which she will be seen opposite the iconic actor, Sanjay Mishra in a leading role. The film’s trailer has already received a terrific response from the audience, and maybe we are going to witness another memorable performance from Neena Gupta. In a conversation with The Quint during the promotion of her film, Uunchai, Neena Gupta shared her views on the current situation of actresses in the Hindi cinema. When the veteran actress was asked to react on the way actresses, keep on getting roles in Bollywood, despite being married or even after becoming a mother. In response to that, the actress lauded the industry for bringing these age-old barriers to the ground and admitted that even the audience has started appreciating the heroines for their personal choices. However, Neena Gupta admitted that Kareena Kapoor Khan is the one, who had really set an example for everyone else. She said:

"Pehle aapne shadi ki aur aap khatam. I was watching Kareena. She was pregnant, she did so much. Then after bacha, they get fit and they are getting work. Pehle koi bache ke baad soch sakta tha ki kisi ko heroine ka role milega. I admire her. Kareena is an inspiration for me. Pehle toh Shaadi ke baad he full stop, bache toh bahut door ki baat thi." 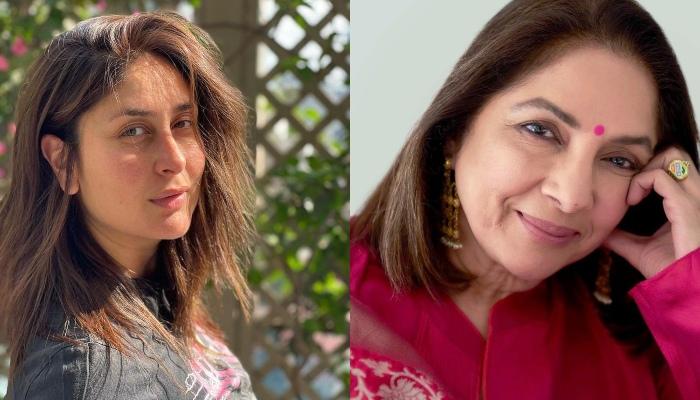 For the uninitiated, Kareena Kapoor Khan and Neena Gupta share a beautiful relationship, and after the latter’s autobiography, Sach Kahu Toh, was released earlier this year, their friendship got even stronger. During a conversation with Kareena Kapoor, Neena shared how she was dumped by a guy with whom she was about to get married. Yes! Neena Gupta made this heartbreaking confession during her heart-to-heart conversation with Kareena on her Instagram handle. The actress had shared:

Don’t Miss: Reason Why Virat Kohli And Anushka Sharma Rent A Sea-Facing Flat In Juhu For Rs 2.76 Lakhs Per Month

Going further in their conversation, Neena Gupta had also shared how people always thought that she had lived her life on her own terms. However, in reality, that wasn’t the case. The actress admitted that she had always accepted her fate and moved on. She also added that she had always wished to have a normal family life with a husband, in-laws, kids, and a concrete family. However, when she had received none of it, she had made peace with it and moved on in life. She had explained:

"People say I lived my life on my own terms. Actually, I never did. Wherever I went wrong, I accepted it and moved forward. I wanted to have a normal husband, children, my in-laws. When I see other people I do feel a little envious. I did not blame, I did not become alcoholic, because what I wanted I did not get." On the professional front, Neena Gupta was last seen in the film, Uunchai.

Also Read: Alia Bhatt And Ranbir Kapoor Are Taking Care Of Raha On Their Own, Not Even Hired A Babysitter