Born in Jabalpur, Jaya Bhaduri is the daughter of Taroon Kumar Bhaduri, who was a journalist, author, and poet, and his wife, Indira Bhaduri. She made her acting debut at the age of 15 with Satyajit Ray's Bengali film, Mahanagar (1963) and created a girl-next-door image for herself in the industry with her Hindi debut film, Guddi (1971). She was the young girl, who came as a Fiza of fresh air and took the Hindi film industry by a storm with her acting prowess. After her Parichay in the entertainment industry, it took just Ek Nazar for our Dil to go Diwana over this Bengali beauty and over the years, she had proved her range as an actress by opting for diverse roles.

Amitabh Bachchan Wonders How Time Flies As From A 'Baby In A Cot', Navya Nanda Becomes A Graduate

Jaya Bhaduri, the lady with a no-nonsensical attitude who always speaks her heart out without any filter, became Mrs Bachchan post her wedding with her Chupke Chupke co-star, Amitabh Bachchan in 1973. Proud parents of Abhishek Bachchan and Shweta Bachchan Nanda, doting grandparents of Navya Naveli Nanda, Agastya Nanda and Aaradhya Bachchan and loving parents-in-law of Nikhil Nanda and Aishwarya Rai Bachchan, the power couple of B-town, Mr and Mrs Bachchan have completed almost five decades of marital bliss. To mark Jaya Bachchan's 73rd birthday on April 9, 2021, her granddaughter, Navya Naveli Nanda posted two vintage pictures of her nani. Navya's short and crisp birthday wish for her grandmother speaks volumes of the love and admiration she has for her. Mesmerised by the beauty and charm of her nani in the throwback pictures from her young days, Navya captioned her post as "Nani. I love you. Happy Birthday!" 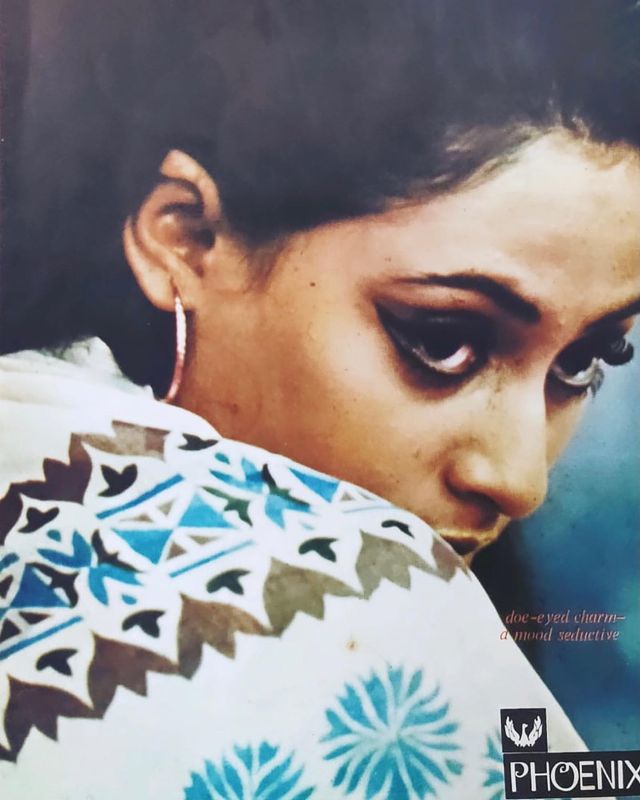 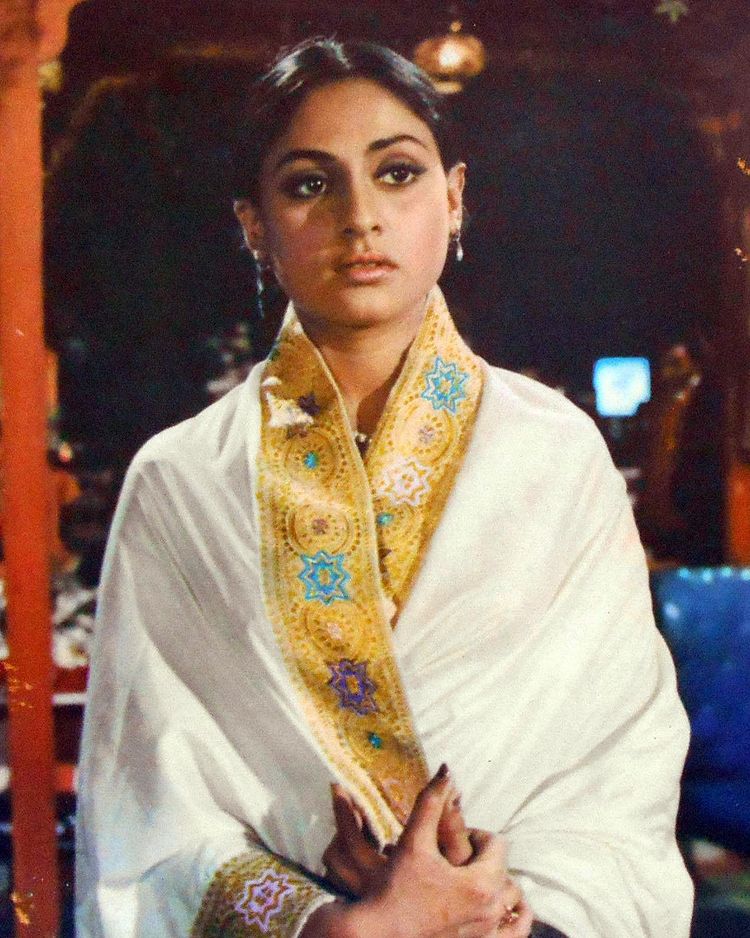 In 2020, when Jaya Bachchan had turned 72, her daughter, Shweta Bachchan Nanda had taken a trip down memory lane and posted a throwback picture from her and Abhishek Bachchan’s childhood as they posed with their mom. Borrowing a few lines from E. E. Cummings poem, I Carry Your Heart With Me, Shweta had written, “I carry your heart with me (I carry it in my heart) I am never without it (anywhere I go you go ...) -happy birthday Mama; I love U (with a little help from e e Cummings).” To tease her, Shweta’s daughter, Navya Naveli Nanda had commented on the post, “You are daydreaming here also” followed by a heart emoji. To which, Abhishek Bachchan had replied, “@navyananda at least she's not on the phone.” Shweta had replied to her brother, “@bachchan very funny.” Navya Naveli Nanda always manages to hit the headlines and enjoys a lot of attention and love from her huge fanbase. When Navya had made her private Instagram profile public in December 2020, it had given us a glimpse of her personal life with the Bachchan and Nanda families. Navya’s IG handle consists of her vacation memories with parents, Shweta Bachchan Nanda and Nikhil Nanda, brother, Agastya Nanda, grandparents, Amitabh Bachchan and Jaya Bachchan, late paternal grandmother, Ritu Nanda, mama and mami, Abhishek Bachchan and Aishwarya Rai Bachchan and her adorable cousin, Aaradhya Bachchan. But it was her pictures with her maternal grandparents that stole our hearts. 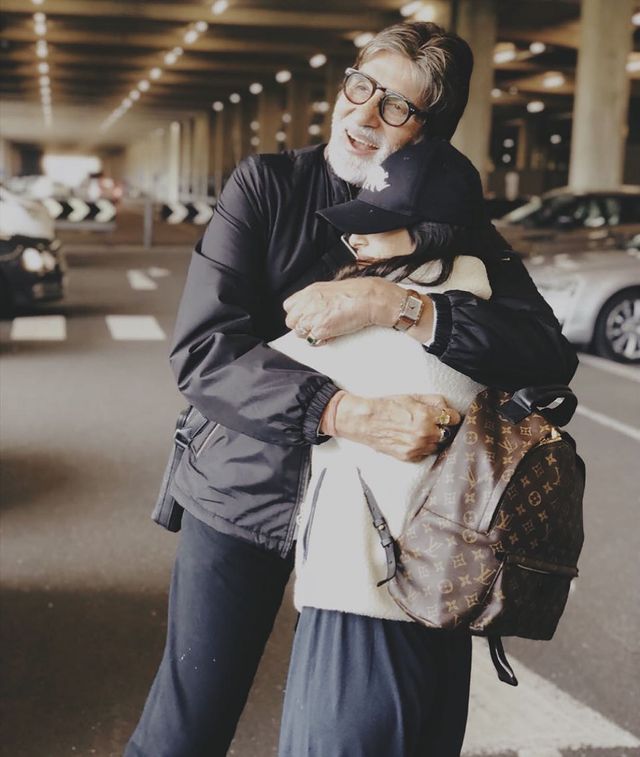 Unlike her star Bachchan family, Navya Naveli Nanda won’t join the film industry but instead is gearing up to start working with her father, Nikhil Nanda, in the family business (Escorts Limited). Speaking about the influence of growing up around working women in the family, Navya had stated in an interview with the Vogue, "I want to use the resources, people, privilege and platforms that I have to spread awareness and bring change. Studying abroad, I found the women there far more emancipated. I want women in India to feel the same way, to be given similar opportunities. I want them to be masters of their own destiny and take charge of their own lives. I've grown up around working women in my family—it's all I've known. To bring that change, you have to start with education and financial independence. That's where Project Naveli comes in." 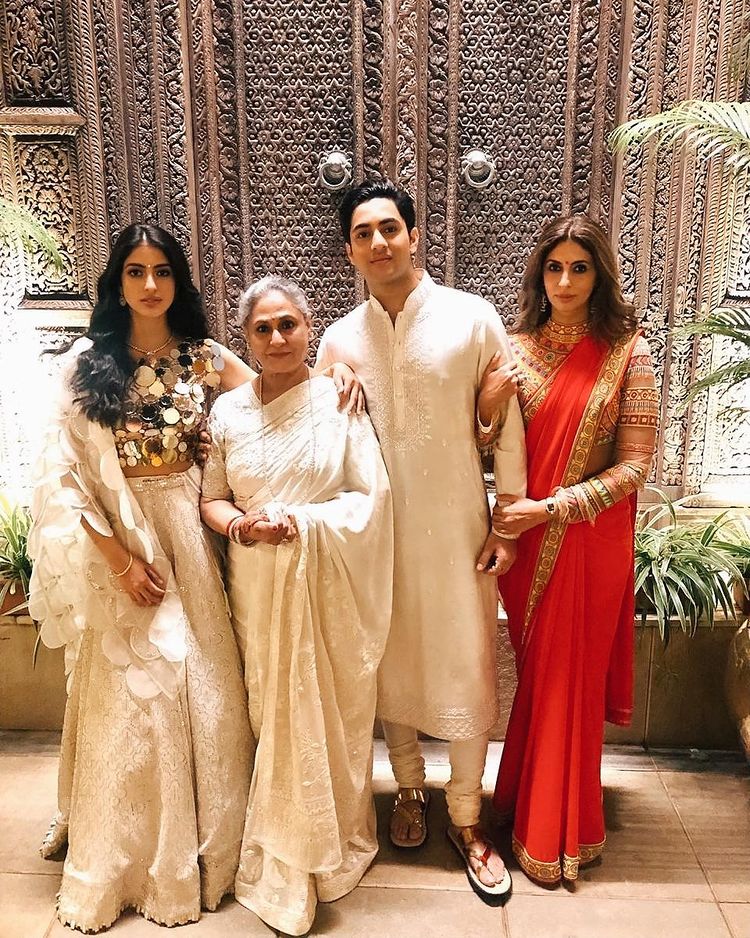