Navina Bole and Karran Jeet became proud parents to their baby girl on May 09, 2019. Navina confirmed the same on social media. The doting parents have the most unique name for their cotton ball.

You meet, you fall for each other, and you get married and then, live happily ever after! This is basically what we all dream of, right? However, when you get to know that a little munchkin is all set to arrive in your lives, your marital space becomes a paradise! And there is no second question to that! Our favourite celebrities from the Tinseltown and tellyland also give us wonderful news, time and again, about their babies and parenthood. (Must Read: Parth Samthaan And Disha Patani Are Ex-Lovers? She Broke Up With Him Due To This Unbelievable Reason)

Miley Jab Hum Tum actress, Navina Bole is on cloud nine these days. On May 09, 2019, Navina Bole and Karran Jeet became proud parents to their first child, the details of which we will share later. Before that, it must be noted here that Navina had made us more ecstatic than our usual selves on New Year’s Day (2019). Sharing the following picture from her New Year bash wherein she was proudly flaunting her baby bump, she had confirmed of her pregnancy.

Navina Bole Reveals That She Was Not Expecting Her Pregnancy, Hubby Karran Jeet Suggested A Test Navina Bole had captioned the above pics as, “Brought in 2019 with a bang!! What a crazy night with all my favourite people in the world and the promise of a wonderful year ahead!! Cheers to great new beginnings! Happy new year lovelies.” And today, on May 15, 2019, Navina Bole confirmed that she has given birth to a baby girl by posting the following photo on her Instagram handle. Navina shared a picture of a pink balloon with the words “It’s a girl!!” written atop it. Navina Bole and Karran Jeet’s baby girl was born on May 09, 2019, and as per The Times of India report, Navina Bole had opted for C-section procedure to deliver her baby. It must also be mentioned here that the doting parents have named their newborn, Kimaayra. Do you know what Kimaayra means? Well, these beautiful letters mean ‘golden moon’. What a beautiful name, isn’t it? Navina Bole also shared with The Times of India that she and her hubby had always wanted a baby girl. She was quoted as saying, “Karran and I want a healthy baby and preferably a girl because we have a family with a majority of boys. I have a brother, Karan has brothers so there is no girl in the house. Also, it is so cute to have little girls around. You can deck them up so cutely. I have been waiting to have my little one in my arms.” (Don't Miss: Mansi Srivastava And Mohit Abrol Have Called Off Their Engagement, End Six-Year-Long Relationship) 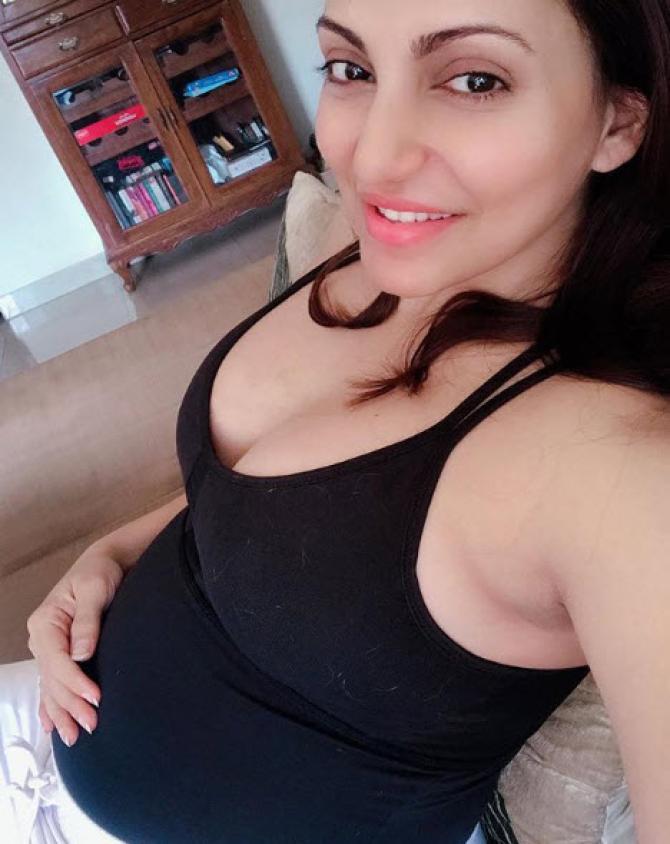 The Ishqbaaz actress also revealed that her hubby, Karran really took good care of his preggy wife. Navina told the TOI, “Right from my cravings to my subtle tantrums, Karran took care of everything and I am sure he is going to be a fabulous father to my little one.” At this point, Karran Jeet intervened and said, “I had heard about a lot of mood swings and tantrums of ladies during pregnancy from my friends and I was, in fact, scared initially. But Navina, to my surprise, did not throw any tantrums in major and that kind of made me relaxed.” 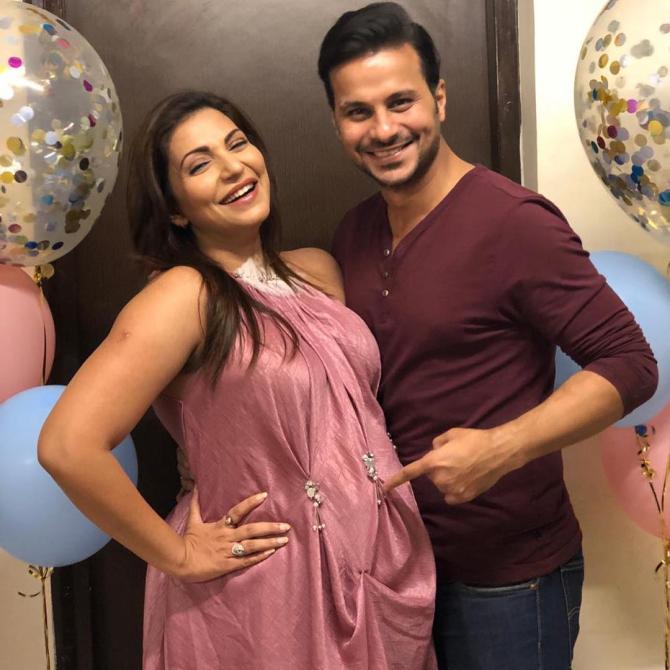 A few days ago, Navina Bole had shared a cutesy picture of her baby bump with hubby, Karran Jeet kissing it.  She had captioned it as, “An ode to the best feeling I’ve ever experienced!! It’s baffling that I’ve been so blessed with love and light that it’s like living in a dream. @jkarran I know I’ve said this a million times but get used to it, “your the best partner ever”. Your strength, support, calmness, goodness, smile, crazy laugh which I love so much, motivation and selfless infinite love has kept me going and how!! Can’t wait to see and meet the little miracle we created.” Navina Bole, in an interview with Tellychakkar, had earlier shared that she wasn’t expecting a pregnancy. She had told the online tabloid, “I was not really expecting and thus I was quite surprised. Knowing that you are going to be a mother and creating your own flesh and blood and bringing a new living being into this world is such a beautiful feeling and it just made me feel very happy. It was actually a series of emotions; I was feeling nervous, excited, anxious, tensed but more than anything I was super happy and super content that finally something that makes a woman complete is about to happen.” 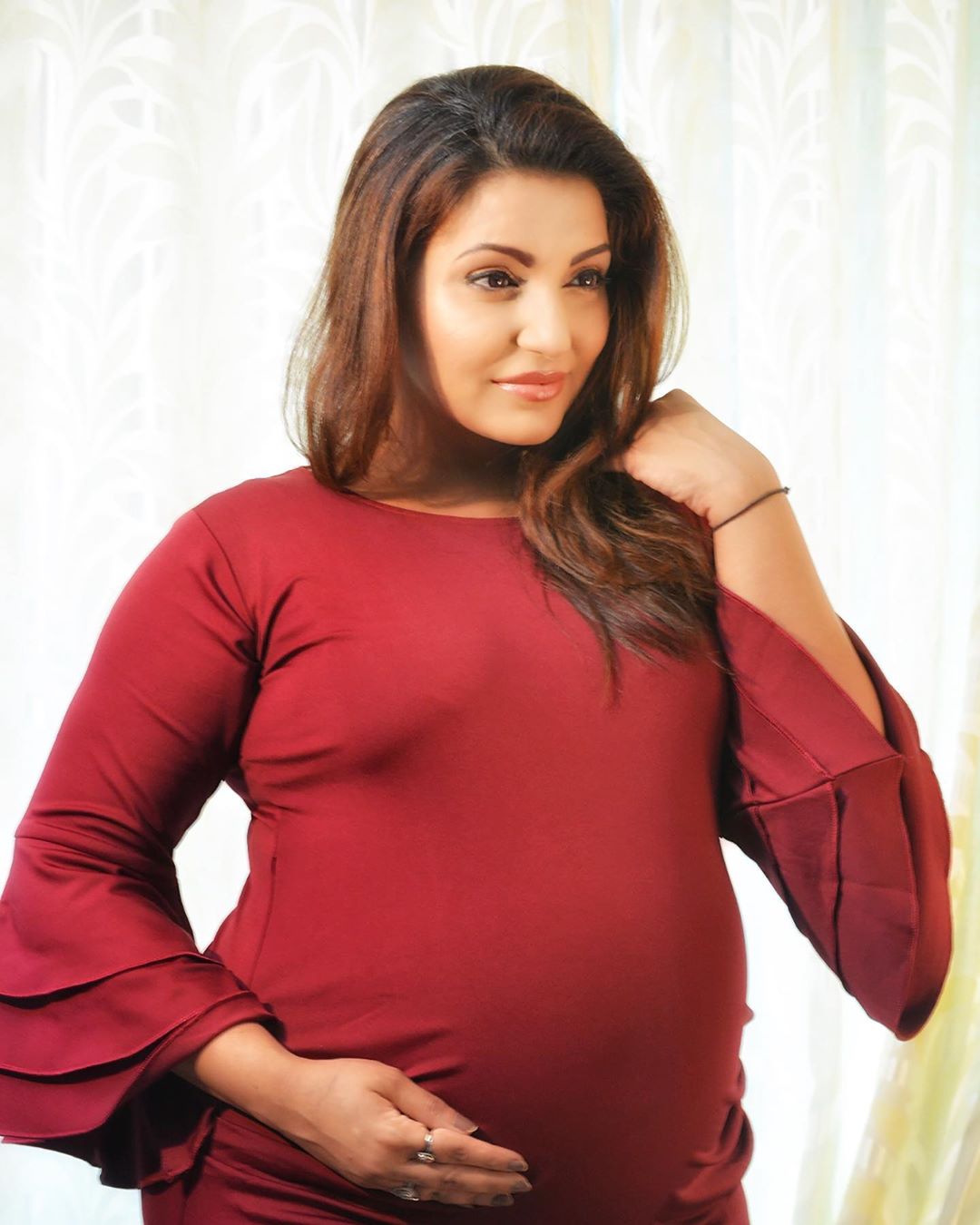 Navina Bole had also revealed how her husband suggested her to take the pregnancy test. She had revealed, “There were a few symptoms so my husband suggested I take a home pregnancy test. I was too scared and nervous to see the results, my husband saw it first and he was extremely happy. He went mad and crazy. We told about it to our mothers and later on to other family members and they are all very happy and can’t wait for the little bundle of joy.” (Also Read: Benafsha Soonawalla Finally Speaks The Truth About Her Relationship With Priyank Sharma) 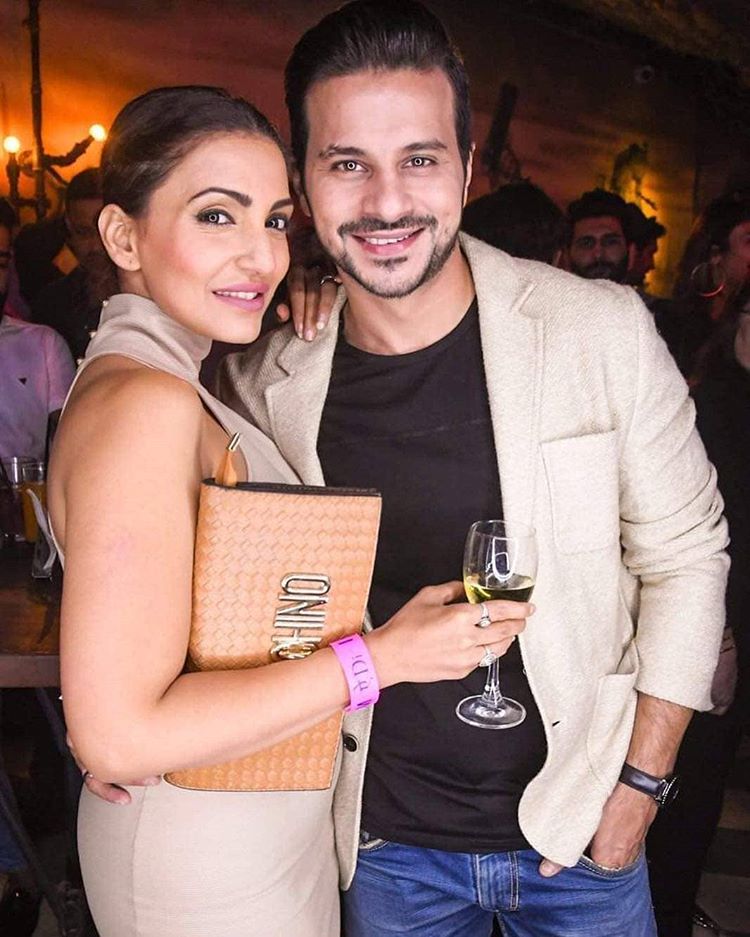 Navina Bole and Karran Jeet's baby girl's name is so unique that you want to name your baby, Kimaayra, right? Share your comments!

Navina Bole Reveals That She Was Not Expecting Her Pregnancy, Hubby Karran Jeet Suggested A Test