Ghanshyam Nayak, who essayed the role of 'Nattu Kaka' in the television show, 'Taarak Mehta Ka Ooltah Chashmah', passed away at the age of 77. His co-stars paid a visit to him for the last time.

One of the most loved and funny characters of the popular television show, Taarak Mehta Ka Ooltah Chashmah was 'Nattu Kaka', whose role was essayed by the veteran actor, Ghanshyam Nayak. He was keeping unwell for quite some time. For the last few days, the fans of the show were missing him as there was no one, who would constantly nag his sethji, 'Jethalal Gada' (played by Dilip Joshi), to increase his salary.

For the unversed, Ghanshyam Nayak was battling cancer, and due to the treatment, he was not able to continue with the shooting. In his last interview with Dainik Bhaskar, the actor had opened up about how he was fighting cancer. He had talked about his medical condition at that time and also about undergoing chemotherapy. His son, Vikas Nayak, had also shared his views about his father's fight against cancer and had revealed some major details about his tests. 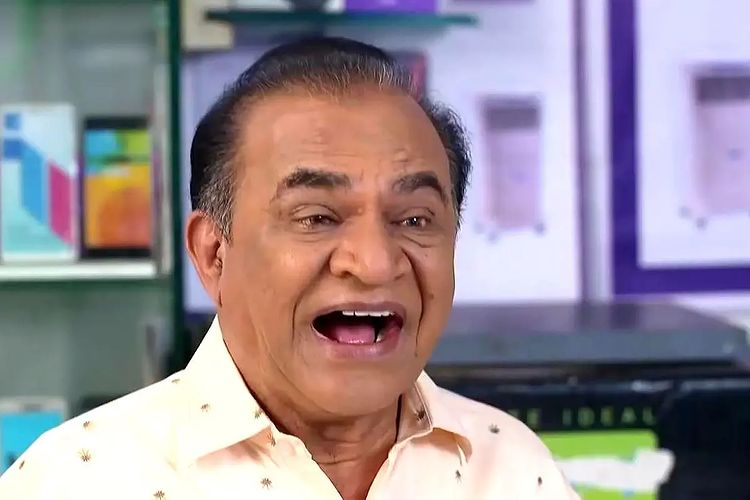 Ghanshyam Nayak was very close to Dilip Joshi, who plays the role of 'Jethalal Champaklal Gada', in the show. As the actor left for the heavenly abode, his co-stars came to pay tribute to him for the last time. Dilip Joshi and Asit Kumarr Modi were spotted at his last rites. Not only that, Bhavya Gandhi, who used to play the role of 'Tipendra Jethalal Gada' aka 'Tapu' and Samay Shah, who plays the role of 'Gurucharan Singh Sodhi' aka 'Gogi' were also spotted at his last rites.

After a long battle with cancer, Ghanshyam Nayak passed away on October 3, 2021. The veteran breathed his last at 5:30 pm at the age of 77. The producer of Taarak Mehta Ka Ooltah Chashmah, Asit Kumarr Modi, had shared the news of his death on his Twitter handle. His tweet could be read as ''Hamare pyaare #Natukaka @TMKOC_NTF hamare saath nahi rahe.'' He had also extended his heartfelt condolences towards his family and prayed for the peace of his soul. 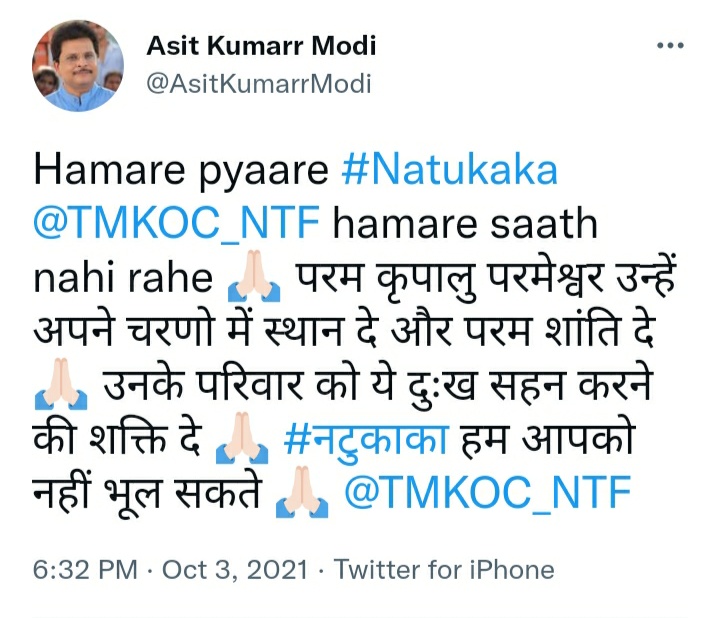 In an interview with ETimes, Tanmay Vekeria, who portrays the role of 'Bagha' in the show, revealed how close he was to the late actor and also shared how he got to know about Ghanshyam Nayak's death. In his words, ''I got the news first as his son called me at 5:45 pm. His condition failed to improve after his hospitalisation a few months back. He passed away today at 5:30 pm. He was a gem and was closest to me. He tried his best to work again with us but his health did not permit. I am very saddened that he is gone.” He further shared that the actor was in immense pain and couldn't even drink water. He explained, ''I would often speak to his son and he would tell me that he was in immense pain and had become cranky because of it. He was not able to gulp, eat or drink. He was going through a lot, so in a way now he is in the safe hands of God. May his soul rest in peace.'' 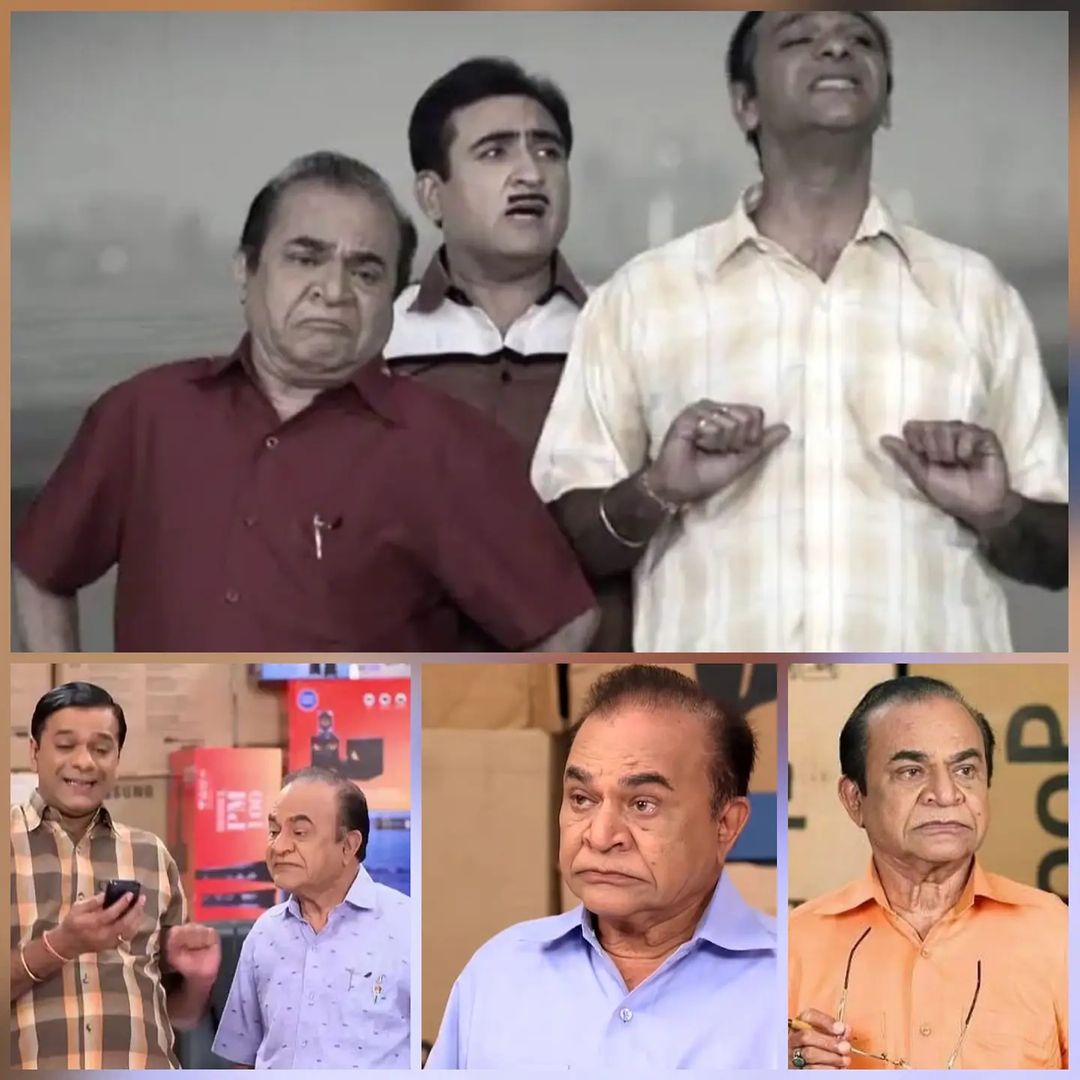 In his last interaction with Dainik Bhaskar, Ghanshyam Nayak had talked about restarting his chemotherapy treatment after he had discovered new knots on his neck. The actor had also revealed that he had undergone surgery to remove eight knots on his neck. However, the knots had relapsed on his neck once again. He had said, "My health is fine, but the treatment had to be started again. Currently, I am undergoing chemotherapy sessions." 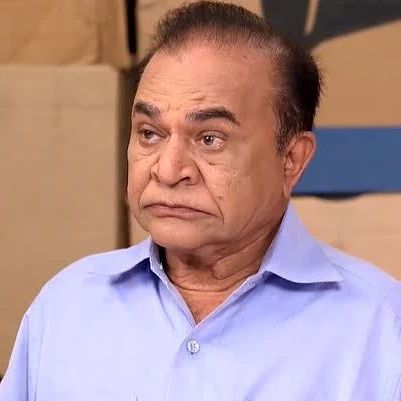 Despite battling cancer, Ghanshyam Nayak's spirit was unmatchable as he had even started shooting for Taarak Mehta Ka Ooltah Chashmah, after a gap of four months. The actor, who was in Daman with the whole cast and crew of the sitcom during the interaction, had revealed that he was working on a special episode. He had explained, "It was after four months that I shot a special episode for Taarak Mehta Ka Ooltah Chashmah in Daman last week. Believe me, I enjoyed a lot." 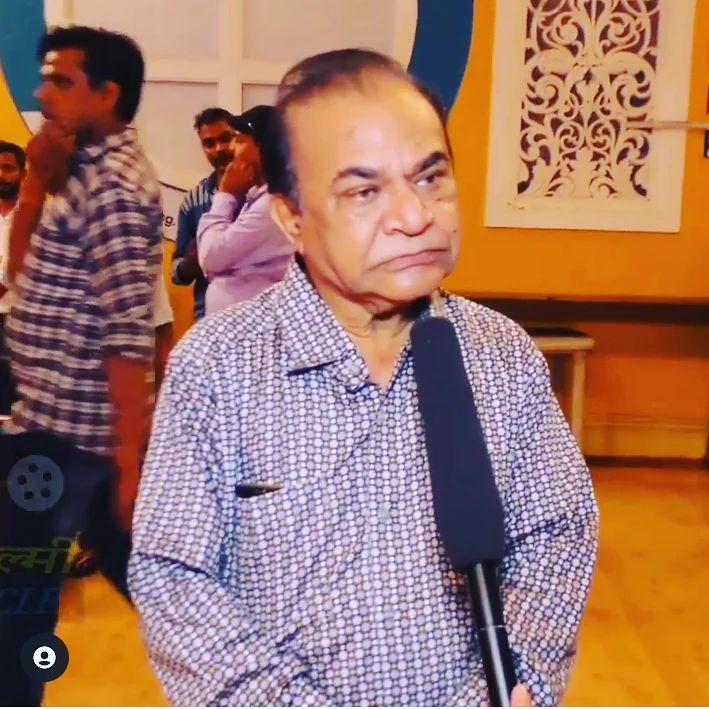 Also Read: Mira Kapoor Shares Struggle Of Every Parents, Reveals She Was Good A Good Student