Natasa Stankovic and Hardik Pandya had given a sweet surprise to their fans on New Year 2020 when they had shared pictures of their proposal. Later, the couple had announced their intimate marriage and the news of expecting their first baby. Then on July 30, 2020, Hardik and Natasa’s happiness had touched the sky when they had welcomed their baby boy, Agastya.

On December 25, 2020, Agastya had celebrated his first Christmas and his daddy, Hardik had turned Santa Claus for his little wonder. Hardik had taken to his IG handle and had shared pictures of the celebrations where the father-son duo was seen wearing Santa’s costume. Agastya had happily posed for the camera. Along with the pictures, Hardik had written, “My boy’s first Christmas.” 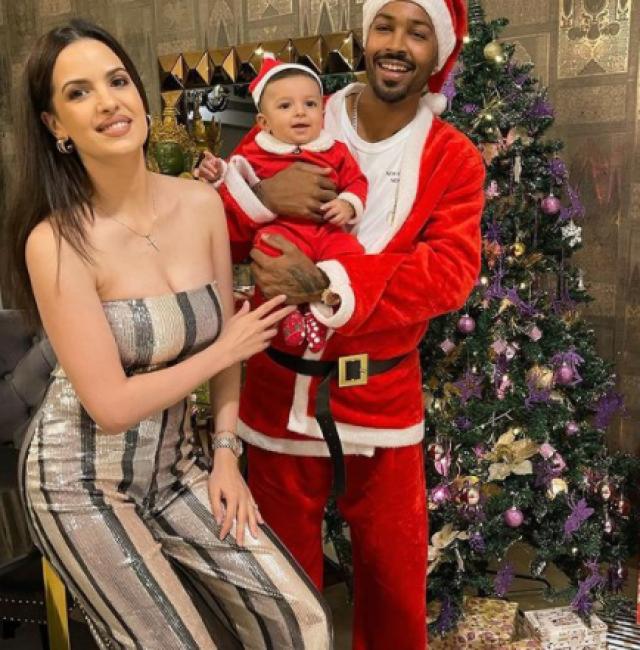 From the past few weeks, there have been speculations that Hardik and Natasa are expecting their second child. But neither Hardik Pandya nor Natasa Stankovic, has reacted to their pregnancy speculations yet, their close friend, Aleksandar Alex Ilic has cleared all confusions about rumours of her pregnancy. Aleksandar had attended the Christmas party hosted by the couple, at the Hardik and Natasha’s house. When Aleksandar was asked in an interview with the Hindusthan Times, about Natasa’s pregnancy which had been in media highlights, he mentioned that he was the first one to mention this to the couple. However, he added that he didn’t know about any such news and further explained his bond with Natasha and Hardik. He said:

“No. As much as I know. I don’t know anything. Till they don’t come out about anything, I cannot talk much about it. We laughed about it. She (Natasha) is like my sister, I have known her for years and we have good memories together. We are like a family. I chill most of my time with them. Both of them are very sweet and welcoming. Whenever I’m at their house, I feel like I’m at home.” During Christmas 2021, Hardik Pandya and his family’s celebrations had invoked reactions from the netizens. Hardik and Natasa had shared a series of pictures on their respective IG handles from the Christmas bash at their home, and the DJ Wale Babu fame actress’ baby bump had caught everyone’s attention. Sharing a series of pictures, Hardik had written “Merry Christmas to one and all from our little family,” Natasa had captioned the photos as “Merry Christmas and welcome home our little ones.” 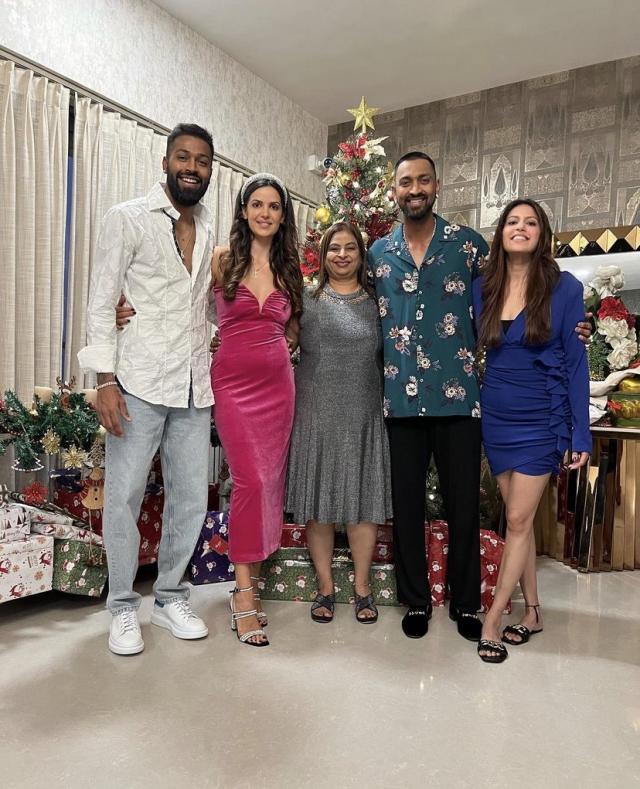 For the Christmas celebration, Natasa had opted for a fuchsia pink velvet tube dress with a plunging neckline from the brand, Zara. The body-hugging dress costs Rs. 2,990. Well, in the dress, Natasa’s bump caught everyone’s attention and her caption had added fuel to the fire. Soon netizens had started wondering if Natasa is pregnant again. While one user had written, “Is she pregnant??” another one had commented, “Agastya brother or Sister coming.” One user even had advised Hardik to control and had written, “Control Pandya Control.” 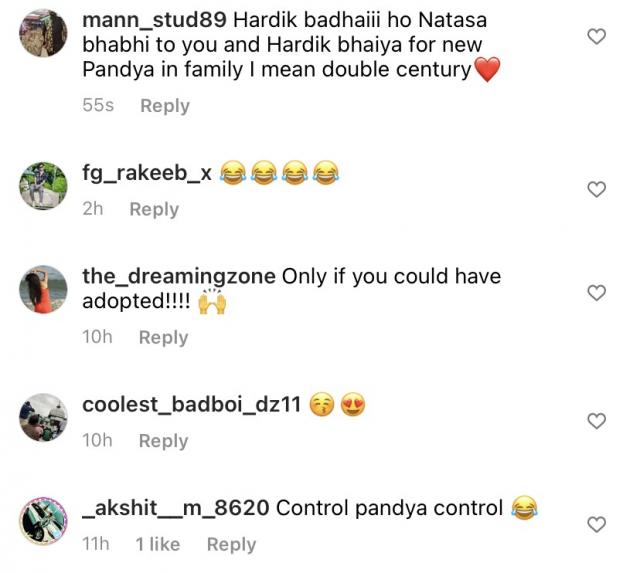 For the unversed, Hardik Pandya and Natasa Stankovic’s first pregnancy had also ignited some surprising reactions from the netizens. They had trolled Natasa brutally for being pregnant before their wedding. Some had even done the math and had penned their views that Natasa had got pregnant even before Hardik had proposed to her for the wedding. 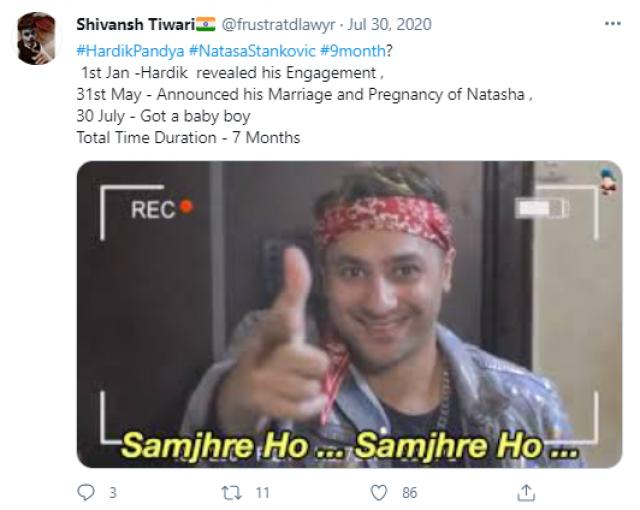 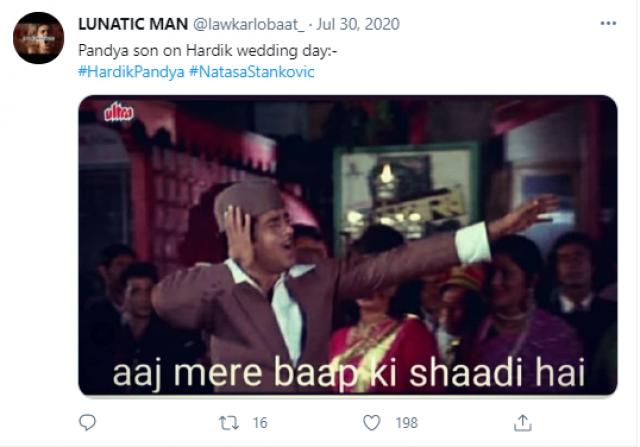 We are eagerly waiting for Hardik and Natasa to clear the rumours. 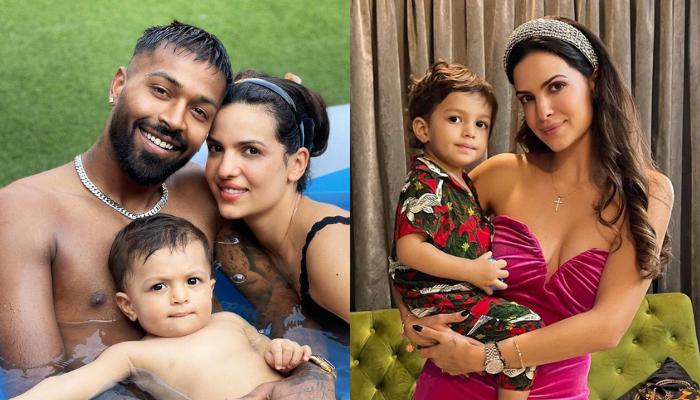 Indian cricketer, Hardik Pandya hails from a middle-class family, and apart from his record-breaking strikes on the field, he is also known for his fashion quotient. He had reportedly met his ladylove, Natasa Stankovic, at a nightclub and got bowled by her personality. It was New Year 2020’s eve when the