Ratna Pathak Shah and Naseeruddin Shah are two maestros of theatre and Bollywood. Their chemistry and charm is evergreen. Their liberal thoughts and contribution to the art are always admired and respected. This couple has a very inspirational story that will make you fall in love instantly.

When Shah was barely 19 years old, he fell in love with Purveen, a Pakistani medical student who was studying at Aligarh Muslim University. They got married on November 1, 1969, and after 10 months of their wedding, they welcomed their daughter, Heeba. The couple soon faced a lot of differences and decided to separate.

'Maasi', Ratna Pathak Adorns Sanah Kapur With 'Chooda' At Her 'Kaleera' Ceremony, She Gets Emotional

Ratna Pathak Recalls Her Beach Wedding With Naseeruddin Shah, Says There Were 'No Rituals, No Roona' 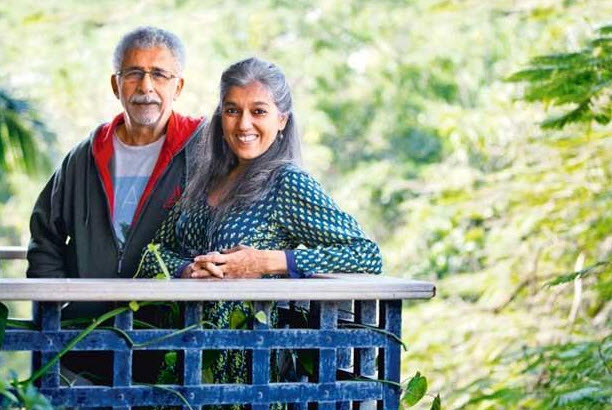 It was in 1975 when Naseer met Ratna Pathak for the first time. She was a college student and he was an FTII graduate. They were participating in Satyadev Dubey’s play, 'Sambhog Se Sanyas Tak'.

While working for a few months together for the play, the two actors grew fond of each other. 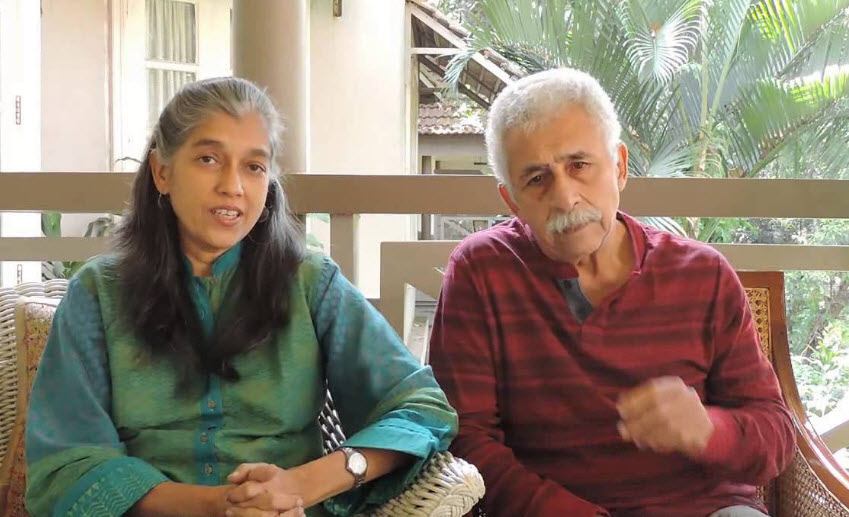 “I was first impressed by how clear her speech was and the fact that she spoke Hindi very well, which was a rarity in Bombay.” That was the time when Naseer was recovering from his divorce and found solace in Ratna. They belonged to different age groups and religions, but that never imposed a problem in their relationship.

“Instead of pulling us apart, our backgrounds have contributed towards our development, in making us rich human beings.”

Also Read: 10 Celeb Couples Who Did Not Let Their Distraught Relationship Affect Their Families 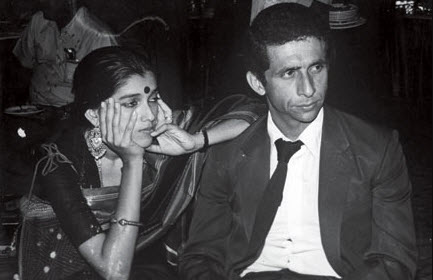 Since Naseer was separated and not divorced, he could not marry Ratna earlier. So, they decided to fight the world and stay in a live-in relationship 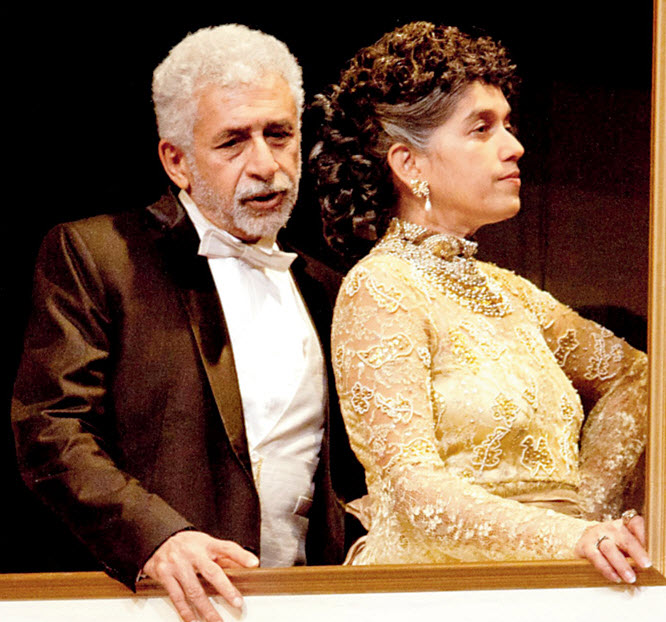 Despite being two great names, Naseeruddin and Ratna chose a rather humble way to get married. On 1st April 1982, they had a registered wedding at Ratna’s mother’s home. 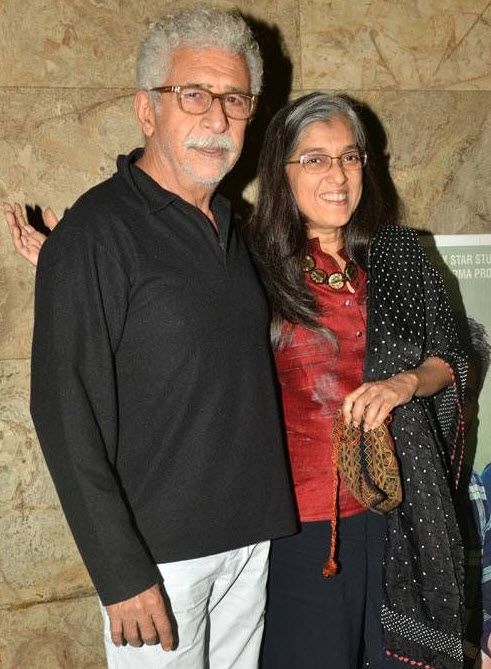 On their humble wedding, Ratna said:

“Only our family and immediate friends were present. We didn’t tom-tom about it because we both felt that there are certain things which are extremely personal, and marriage is one of them. But it was great fun. I think ours was one of the few marriages where the bride and the groom enjoyed as much as the guests.” 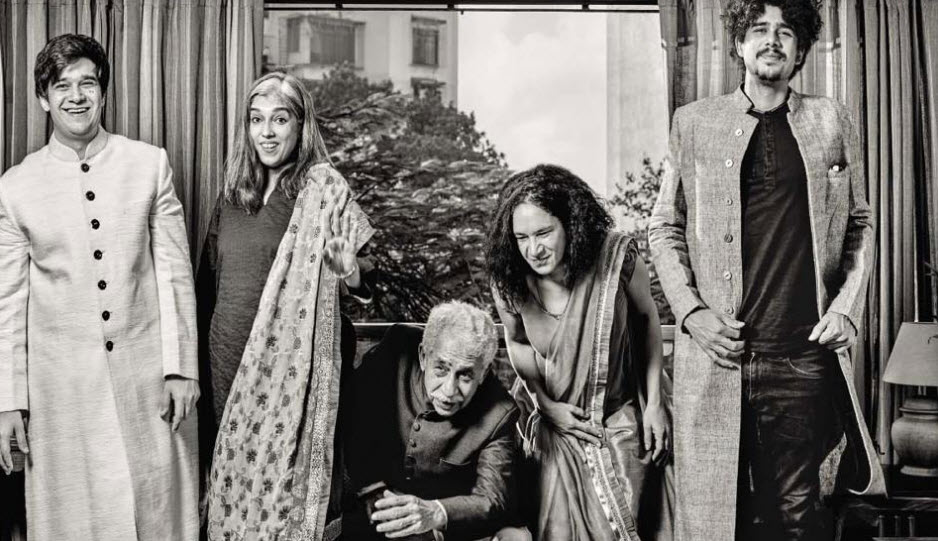 After Purveen passed away, Heeba came to stay with Ratna and Naseeruddin Shah. To Ratna’s surprise, Heeba was warm towards her. 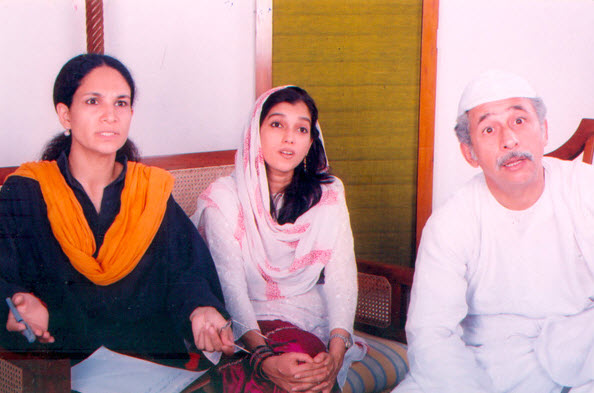 “It was a smooth relationship. Even though Heeba was so young, she came with such openness. She could have held back, but she embraced our lives with such gusto." Naseer and Ratna together have two sons, Imaad and Vivaan who share a good rapport with their half-sister.

“To me, the equation that Heeba shares with the boys is wonderful. She completely dotes on them and is a source of comfort when they're down. The way she took to them and participated in their infancy was wonderful. That brought us all very close.” Ratna and Naseer proudly say that they are last of the liberals. They never let any social stigma or cliché come in the way of their unconventional and happy family. 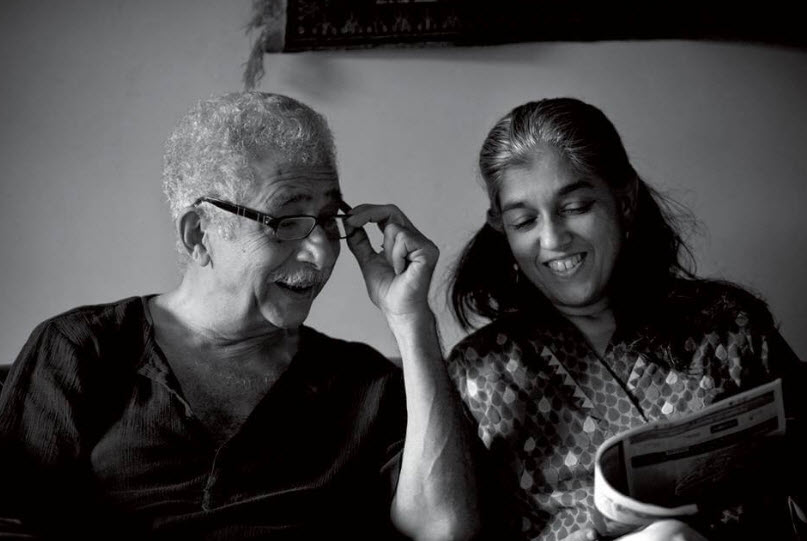 "We are the last of the bloody liberals left. Today, girls are doing Karva Chauth! C’mon, that’s what we fought against." 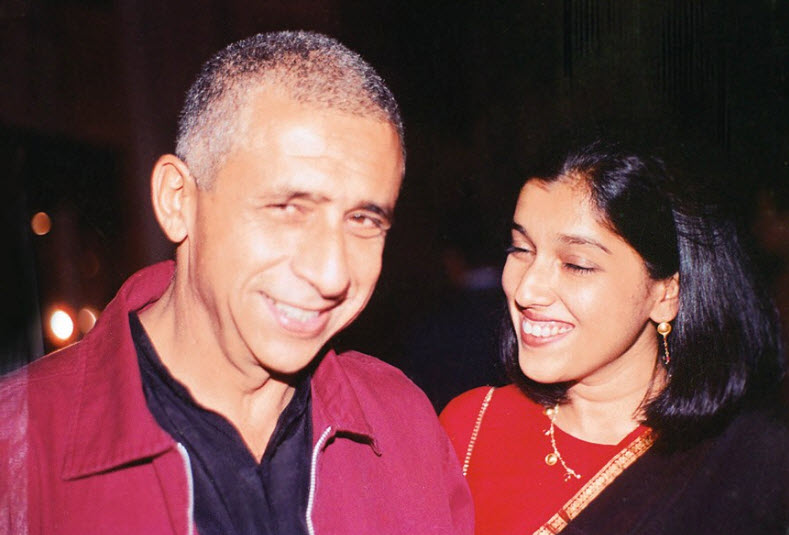 "Today, girls as young as two are wearing hijabs. Muslim boys are growing beards claiming it’s a sense of identity."

Naseer and Ratna broke all the stereotypes to give us a couple to look up to. They never give in to the social pressure. Their love is their strength and they have taught us how to fight for something that you really believe in. 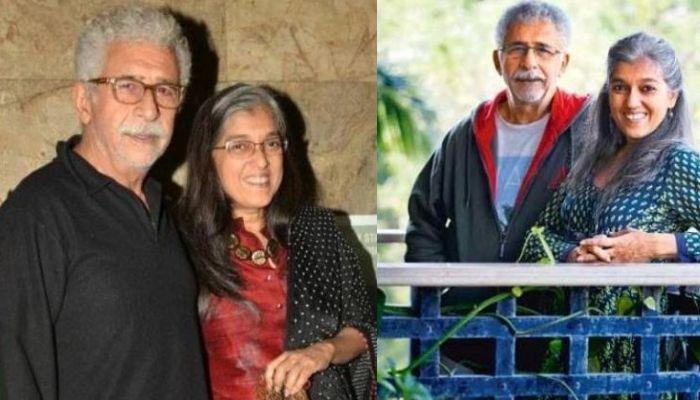 'Maasi', Ratna Pathak Adorns Sanah Kapur With 'Chooda' At Her 'Kaleera' Ceremony, She Gets Emotional

Ratna Pathak Recalls Her Beach Wedding With Naseeruddin Shah, Says There Were 'No Rituals, No Roona'