We all wanted to grow up with our childhood sweetheart but it never worked out. However, Nakuul Mehta is one of the exceptions, who found love in Jankee Parekh! 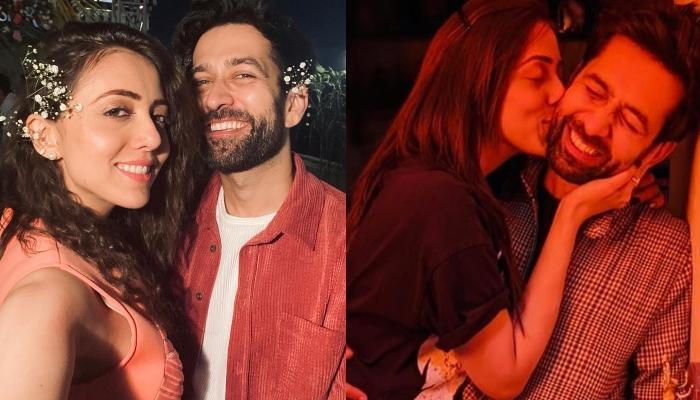 When we were young and silly, we all hopelessly believed in the 'love at first sight'. We all waited for that one person with whom we can bunk our classes, and sneak out for a date in a cosy coffee shop. The one, who will muster a lot of courage and call us on our landline phones just to hear our voice, the one, who will help us prepare for exams and the one, who will make our school days memorable. We all wanted to grow up with our childhood love but it never worked out for many of us. However, Nakuul Mehta is one of the lucky few, who found love at the age of eighteen in his friend, Jankee Parekh!  (Recommend Read: Arjun Rampal Shares A Picture With Son Arik Rampal From Their Goa Vacation, Calls Him 'Camera Shy')

It was on January 28, 2012, when Nakuul Mehta and Jankee Parekh had tied the knot in a proper Hindu traditional wedding. We still remember how in his millions of interviews, the actor had shared that marrying Jankee was his best decision. And one look at their Instagram feeds and we can definitely say that they are truly made for each other. From sharing cute love notes for each other to posting adorable pictures, they are an inspiration for every married couple. 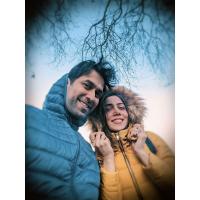 On January 28, 2020, Nakuul's wife, Jankee took to her Instagram handle and shared a childhood picture with her hubby. Alongside it, she wrote in Devnagri, "Bachpan ka pyaar, taken seriously! Happy anniversary", followed by a heart emoji. Nakuul also shared a mushy picture with his wife and wrote in Devnagri, "Mai hoon kyonki, tum ho! Happy anniversary baby!" Take a look at their pictures below: 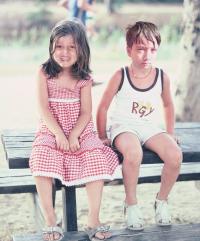 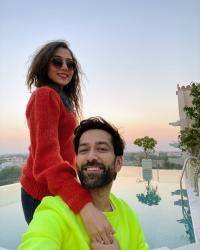 In an interview with Humans of Bombay, Nakuul had talked about how he had met the love of his life. He had said, "My first thought when I saw Jankee was, ‘How amazing would life be, if she agreed to marry me.’ I was only 18 but my instincts told me, she was the one. We were both training with Shiamak–I saw her there for the first time. I was also interning at BSE & remember travelling from there to Andheri, strategising an opening line." 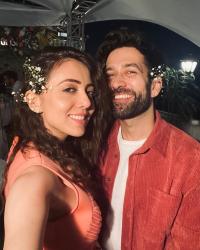 He had further added, "Finally, I gathered the courage & asked her, ‘Do you have a name?’ Her look said, ‘What do you mean, do you have a name?’ But she just said, ‘Jankee’. After that, it took me 2 months to get her number! We talked every night for 6 months before I asked her out. I went to her house with a bouquet & a card–cheesy, I know! But all she said was, ‘I’ll call you.’ Then she called & said, ‘I don’t see you like that.’ It was a no go–but I continued to be her friend despite how hard it was." (Also Read: Mahendra Singh Dhoni's Reaction As His Wife, Sakshi Dhoni Calls Him 'Sweetie' Is Every Husband Ever!) 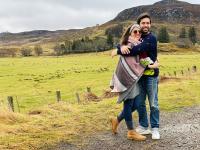 In the same interview, Nakuul had revealed how Jankee expressed his love for him, and had stated, "6 months later, when I went to the US, she realised that she missed me. When I came back, I knew that it was moving somewhere, but she wasn’t forthcoming. So I suggested not speaking for a while. But we’d already planned to watch Devdas, so we went for it, sat together, didn’t speak and then went our own way. In a week she called me & said ‘I like you too.’ I replied, ‘What makes you think I like you still?’ I was just playing, but for a day, she went through what I went through for 6 months!" 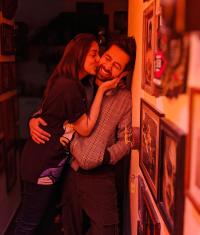 Nakuul had also revealed that his wife always believed in his strength, "When we got married, I didn’t even have a job, but she had blind faith in me. She helped me become the best version of myself. That’s what love is–relentless & unconditional. She’s been my rock. And now that I have the career I’ve always wanted, none of it matters more than her. Till today, my biggest accomplishment is that she agreed to marry me!" (Don't Miss: Mahira Sharma's Brother, Akash Has This Advice For His Sister And Strong Words For Paras Chhabra)

Well, we wish Jankee and Nakuul, the happiest anniversary! 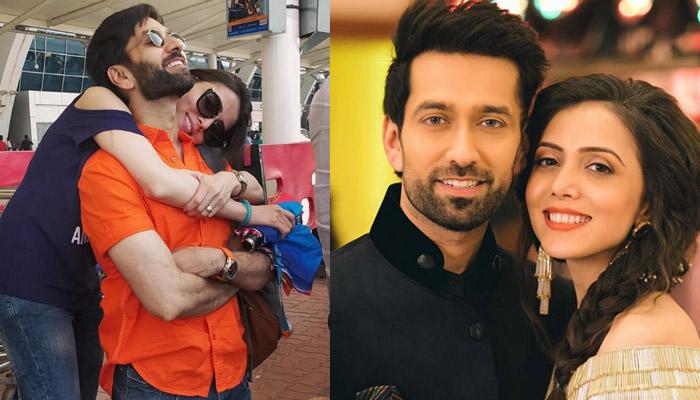 Famous television hottie and handsome hunk, Nakuul Mehta walked down the aisle with a gorgeous voice-over artist, a stage performer and a singer, Jankee Parekh on January 28, 2012, in a proper Hindu traditional wedding. "Marrying her was my best decision ever. She brings a balance to my life”, is