Naga Chaitanya-Akhil React As Nandamuri Balakrishna Made Discourteous Comments On Their Grandpa, ANR

Akkineni Nageswara Rao popularly known as ANR was an eminent actor and producer in the Telugu film industry. In his career spanning 75 years, he had not only brought home many of the accords in his life but also established Annapurna Studios in 1976 to provide infrastructural support to Telugu cinema in Hyderabad and later started the Annapurna International School of Film and Media in 2011. Undoubtedly, his acting skills were inherited by his son, Nagarjuna and grandsons, Akhil Akkineni and Naga Chaitanya. However, as Nandamuri Balakrishna made some discourteous comments about the legendary late actor, ANR and now, his grandson also gave strong reactions.

It was during Telegu actor, Nandamuri Balakrishna's speech at the success bash of his latestly released film, Veera Simha Reddy, when the actor very disrespectfully pointed towards legendary actors, Akkineni Nageswara Rao and SV Ranga Rao while talking about his father, Nandamuri Taraka Rama Rao aka Sr NTR's contemporaries. Moreover, the success bash coincided with the date on which Akkineni Nageswara Rao's death anniversary was also organised, i.e., on January 22, 2023. And as soon as the video comprising Nandamuri Balakrishna's speech circulated in the media, netizens too strongly reacted to it. Nandamuri Balakrishna was heard saying: 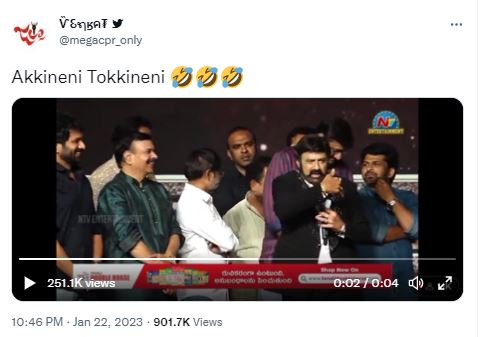 Soon, Akkineni Nageswara Rao's grandsons, Naga Chaitanya and Akhil Akkineni strongly reacted to the disrespectful comments made about him. They issued a statement on their Twitter handle, mentioning that Balakrishna's disrespectful words are degrading themselves. Their note can be read as:

"Nandamuri Taraka Rama Rao garu, Akkineni Nageswara Rao garu and S.V Ranga Rao garu's creative contributions have been the pride and pillars of Telugu Cinema. Disrespecting them is degrading ourselves." 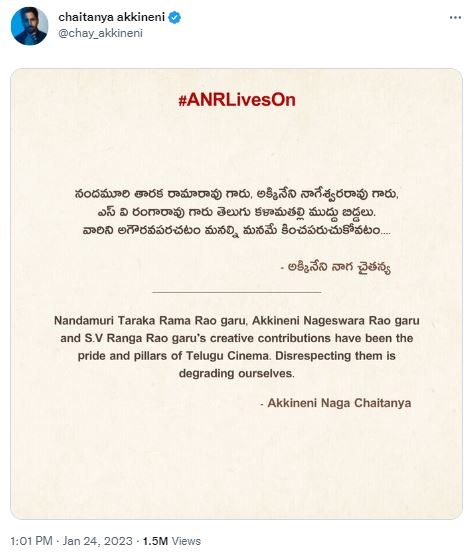 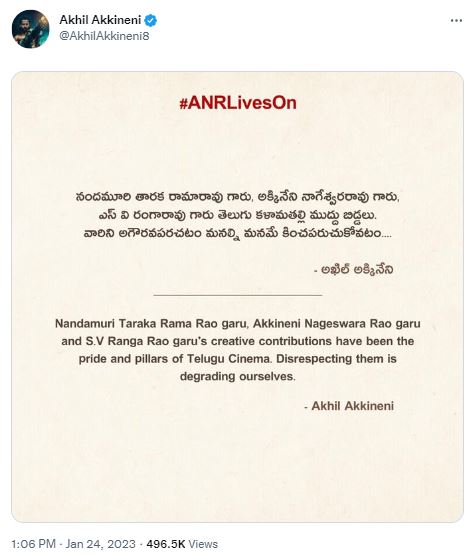 As soon as the video showcasing Nandamuri Balakrishna's speech was uploaded on social media, it went viral. Netizens started trolling Balakrishna for the same and also compared him with Nagarjuna and his late father, ANR. While one of the comments read, "It would have been better to have been taught a little culture, not to give birth to a dozen piglets like a pig. But where does the one who summons teach him samskara. If the cow grazes the calf, the calf grazes hard..!!" Another comment read, "You don't have to say dialogues in movies, you have to practice it in real life, Balayya..!" Check out: 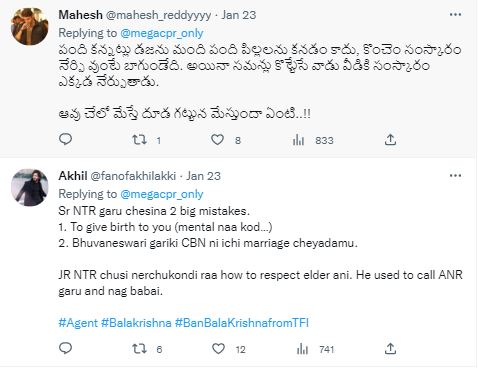 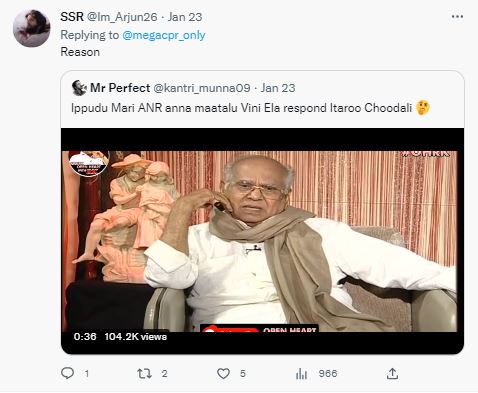 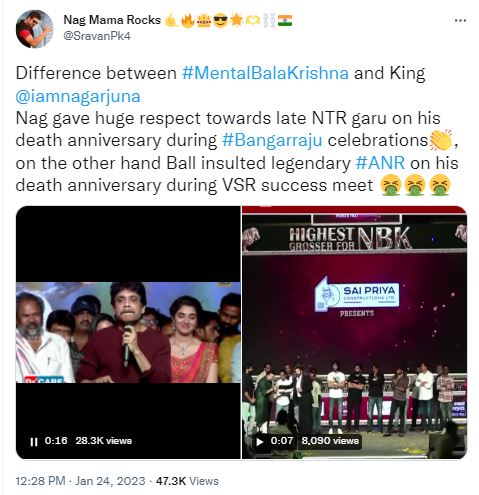 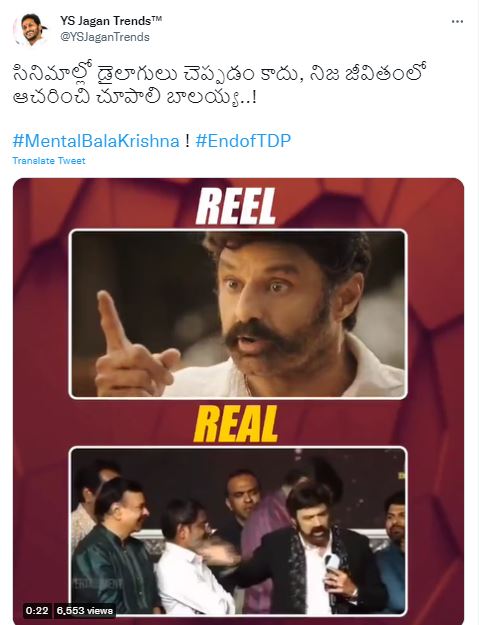 Nandamuri Balakrishna is also known as Balakrishna, Balayya or NBK. His comments were not only trolled by the netizens but also irked the All India Akkineni Fans Association. The president of the association, Sarveswara Rao also reacted to Balayya's disrespectful comments on ANR. Moreover, Sarveswara Rao demanded an apology from Balayya and said:

''Earlier, Nandamuri Balakrishna said that Akkineni Nageswara Rao is like a father to him. A success meet was held on his death anniversary (22nd January), and Balayya did not even know what he was talking about on the stage. It does not make sense to talk disrespectfully about great actors like ANR garu. Did Akkineni Nagarjuna ever talk in the same way about Nandamuri heroes?" What do you think about Nandamuri Balakrishna's speech?