Wondering what all fancy rides 'Mr. Perfectionist', Aamir Khan owns? Here is Aamir Khan's car fleet that is worth so many crores, from BMW 6-Series to Bentley and more!

Over 100 years have gone by since Indian Cinema came into existence. We’ve seen a countless number of superstars who’ve graced the silver screen with their everlasting charm and magnificence. But there is one name that just stands out - Aamir Khan, the pioneer of sensible, hard-hitting and most cherished Indian films worldwide. From playing a village boy in Lagaan to a teacher in Taare Zameen Par, from a college student in 3 Idiots to a terrorist in Fanaa, the actor has done it all. He has made his appearance in several movies that have hit the box office and have remained an all-time blockbuster. In versatility and dedication towards his work, there is no adversary for Aamir Khan in the Hindi film industry.

Not just for his films, but Aamir is the most loved actor for his off-screen conduct as well. Who can forget the infamous blank cheque offered to him by YRF after 3 Idiots’ success for signing three films? At the peak of his career and stardom, the actor rejected blatantly! He is a person of his own who has always believed to be ‘Mr. Passionate, not Mr. Perfectionist.’

On the personal front, Aamir loves his share of automobiles and his elite cars collection will leave you dazzled. Wondering what all fancy cars does the actor own? Take a look at all the swanky rides in Aamir’s possession. 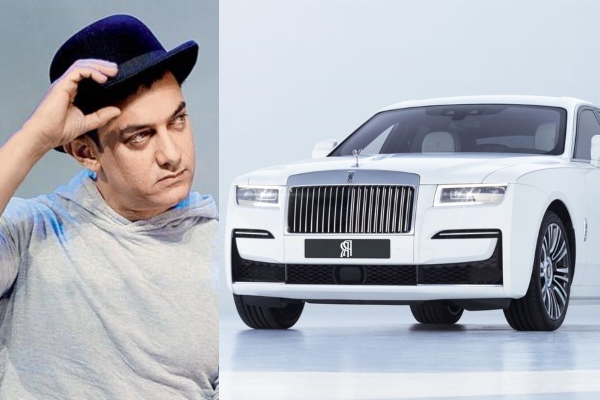 If anyone finds Rolls-Royce Phantom a bit old-fashioned then Rolls-Royce Ghost provides the opportunity to surpass that fashion. Aamir Khan matches his superstar living with this luxurious car. Quite a few celebrities in Bollywood own Rolls-Royce Ghost including Hrithik Roshan and Sanjay Dutt. This car owned by Aamir comes in the ex-showroom price range of something around Rs. 5.25 – Rs. 6.83 Crore. On the performance front, the car comes powered by a 6.6-litre twin-turbo V12 engine having a displacement of 6592 cc with a max power of 603bhp and 840Nm of peak torque. Rolls-Royce Ghost provides a sporty ride without making any compromise on the mechanism. What compliments Aamir’s charming personality is his Bentley Continental Flying Spur. This car owned by the actor is numbered ‘0007’. Bentley is a handcrafted luxury from Great Britain and is a pure combination of superior grandeur, aggressive power and spectacular features. The ongoing ex-showroom price of Bentley Continental Flying Spur is approximately in the range of Rs. 3.21 – Rs. 3.41 Crore. This magnificent car can run at a top speed of 333 kmph and clocks 0-100 kmph in just 3.8 seconds. It comes powered by a 6.0-litre W12 engine that produces massive power and torque of 626bhp and 900Nm respectively. 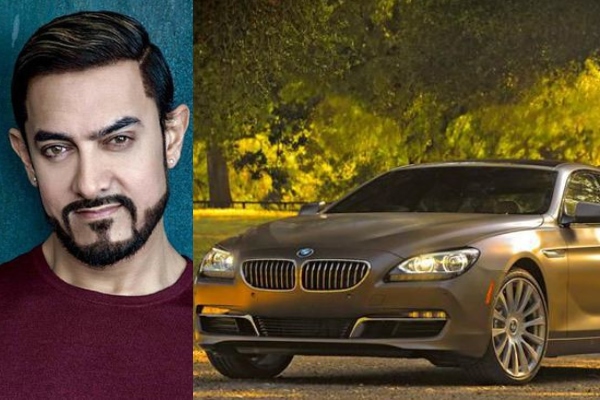 Another eye-catcher in Aamir Khan’s car fleet is the German luxury car- BMW 6-Series GT. This car can reach 100 kmph in just 5.4 seconds and comes powered by a 3.0-litre 6-cylinder diesel engine. The ex-showroom worth of the BMW 6-Series GT is around Rs. 75.9 Crore. The car is made to suit one and all, from its interior to the driving experience, everything about the car is just wow! 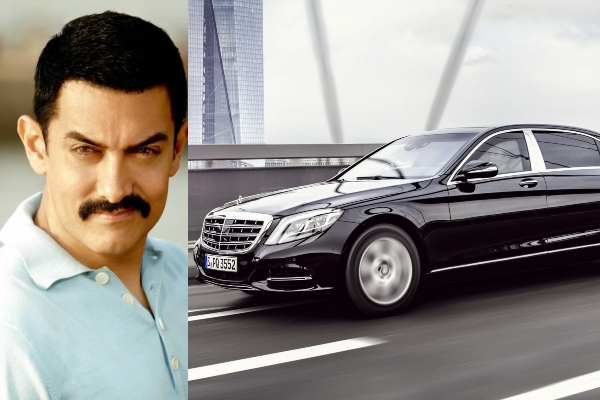 As per a report by The Times Of India, Aamir Khan is one of the few selected individuals in the country, after Mukesh Ambani and Ex-PM Manmohan Singh who owns a Mercedez Benz S600. This is the guard edition of the Maybach which is protective and armoured and can remain unharmed against AK-47 bullets and landmines. It was made by the German car brand on special order. It has a kevlar proof body and heavy-duty glass with fire and security alarm systems. The car offers super comfort and the interior matches that of a Limousine. Mercedez Benz S600 comes powered by a massive 6.0-litre bi-turbo V12 engine that produces 523bhp of maximum power and 830Nm of peak torque. This Merc variant comes at a whopping price of approximately Rs. 10.50 Crore. 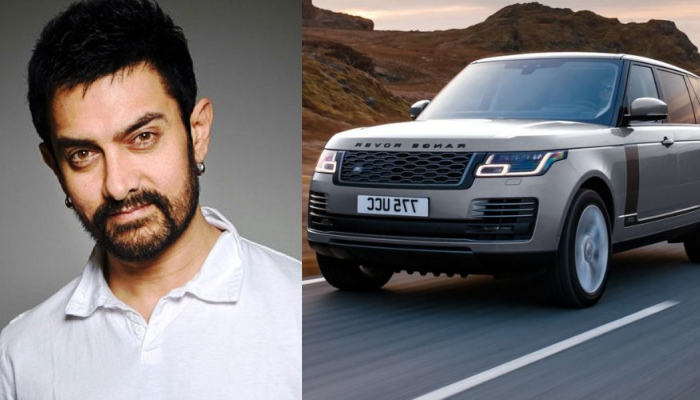 This suave off-road SUV is powered by a 5.0-litre supercharged diesel engine and offers a massive power of 503bhp with a peak torque of 625Nm. Aamir Khan's Range Rover has got exceptionally well offroading capabilities. The actor loves to drive this car during his off-road adventures.

There’s no denying the fact that after going through all these expensive cars owned by Aamir Khan, we all want to know the actors net worth. Discussing Aamir’s profession, he has not only been a leading star but is also a director and producer. He is the recipient of several awards, including four National Film Awards and eight Filmfare Awards. He was honoured by the Government of India with Padma Shri in 2003 and Padma Bhushan in 2010. It is estimated that Aamir Khan has a total net worth of approximately Rs. 1532 Crore. 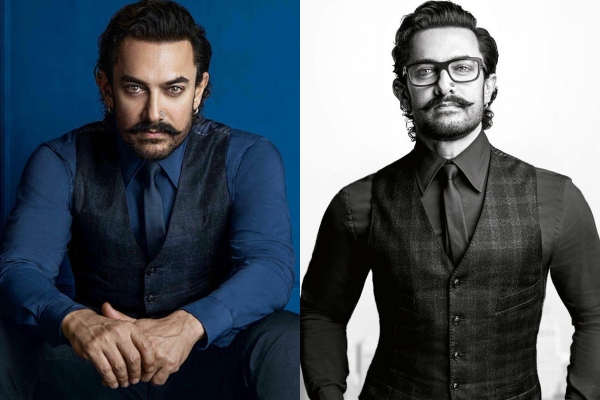 Most of his movies are co-produced by him, and so he gets the profit share, apart from his acting fee. His average movie remuneration is around Rs. 85 Crore. Aamir also endorses multiple brands and charges approximately Rs.10-12 Crore per endorsement. With such huge profits and earnings, the actor is always on the top spot when it comes to sharing, charity, and social work. Aamir Khan is also in the top spot when it comes to paying tax, he is one of the highest taxpayers of the country.

The cars owned by Aamir Khan have been in the limelight for a while now. They are considered to be amongst the top luxury car brands. The actor is well-versed with his choice of cars and looks remarkable while he makes his appearance in each of his luxurious cars at different events. Which out of these 5 cars is your favourite? Let us know! 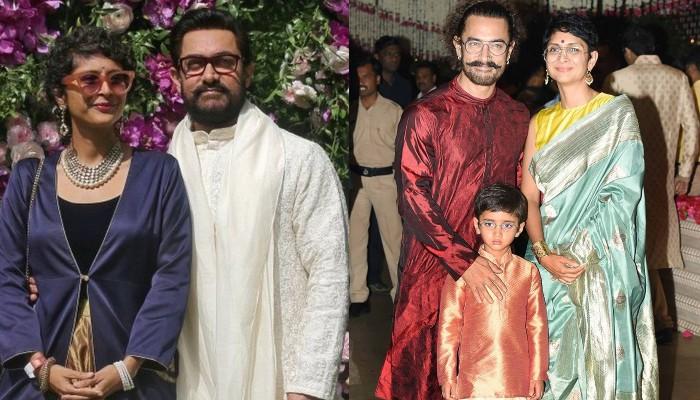 Not every relationship that ends needs to be taken negatively, and our B-town couples have proved it time and again. Whether it was Hrithik Roshan and Sussanne Khan or Arbaaz Khan and Malaika Arora, these former couples have taught us that a relationship can be kept cordial even after divorce.