When Monalisa entered the hyped Bigg Boss house, nobody had thought that she would be one of the last 6 finalists in the house. In fact, even her then fiancé and now husband, Vikrant Singh did not think she would stay inside the house for so long.

Recommended Read: Navina Bole Of 'Ishqbaaz' Fame Gets Engaged To Her Long-Time Boyfriend 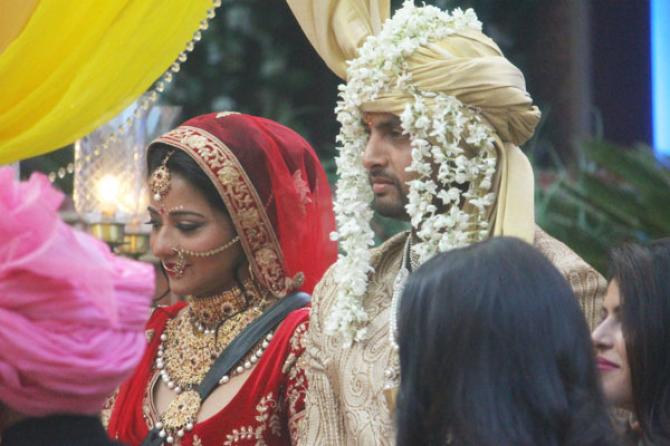 But, Monalisa did not just take a lot of fame from inside the Bigg Boss house back after she got evicted. She took a lifetime of beautiful memories and an amazing experience with her. As we all know, she got married to Vikrant on national TV, while she was a contestant on the show. The makers of the show decided to get Mona and Vikrant married on the show, which was a surprise for the actress. They tied the knot on January 19, 2017 in the presence of a few close friends, Mona’s mom and Vikrant’s sister. 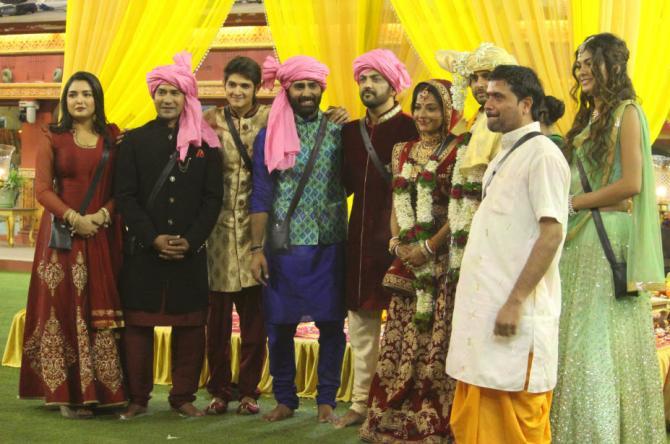 Many people speculated that this was a staged wedding, which Mona and Vikrant got paid for. It was also said that it was just a TRP gimmick by the makers, but Mona refuted all these baseless rumours with some strong arguments. 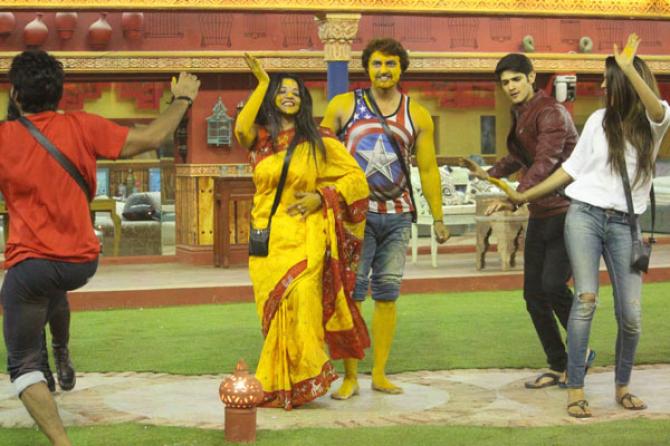 Later, in an interview with a leading tabloid, the happy newlywed, shared some interesting things about her married life and how she is feeling at the moment. Here is what she said about getting married on national TV:

“Vikrant and I were anyway thinking about getting married. I am from Kolkata, he is from UP and both of us are part of the Bhojpuri film industry. So, we had to take into consideration all the three places — where to get married and hold the reception. Yet, I never thought I will get married like this! I was overwhelmed when Vikrant proposed to me. He decided everything in consultation with my parents.” When asked if she was worried that her marriage will face problems as the last wedding that took place in the Bigg Boss house, that of Sara Khan and Ali Merchant also did not last long, she abruptly cut in and stated:

“We have been with each other for so many years that we were already like husband and wife. Sirf social stamp nahi tha. So, getting married in the house is not going to make any difference. We will always be together.” 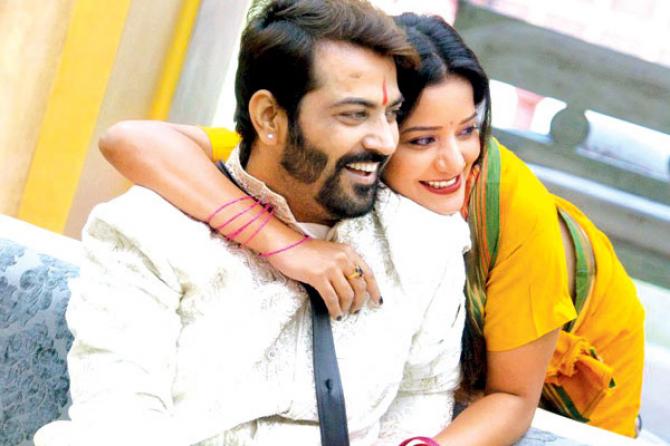 Monalisa further talked about the perception people had about Manu and her friendship in the house. Their relationship was always clouded in mystery, with many people believing that they felt for each other. Here is what the new bride said about this:

“I felt bad about that. When you are staying in a house 24/7, you need to talk to somebody to survive. And some people you get closer to more than the others. I am a fun-loving girl by nature, and so is Manu. Masti mazaak nahi karenge toh rahenge kaise? Moreover, we were both sorted. At the beginning itself, he told me about his fiance and I told him about Vikrant.” Monalisa also talked about whether she and Manu will remain friends after the show is over. She had a strong but valid opinion on this. Take a look:

“Now, I am out and I will be busy with the shoot of my pending films and when Manu will come out, he too will get busy with his work. When you are inside the house 24*7, you have to talk, but that cannot always be maintained out of the house.”

True that, Mona! Priorities change with situations and there is nothing wrong with that, we suppose.

Must Read: After A Simple Wedding Last Year, Siddhant And Megha Tie The Knot Again In A Grand Style 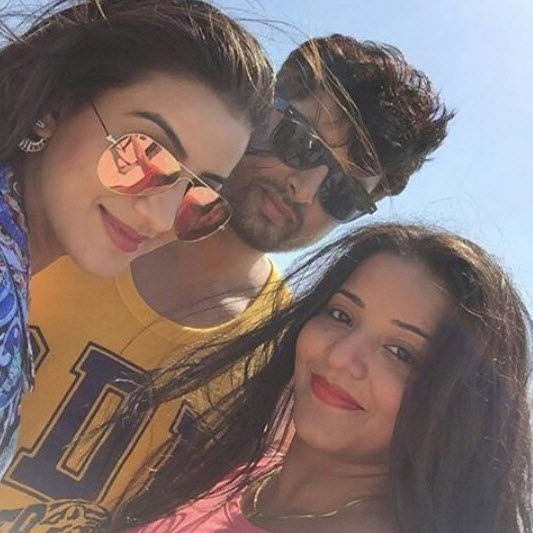 Further talking about her professional life, and when she plans to resume work on her films, now that she is out of the house, and a much-married woman, here is what she said:

“I have a lot of pending films to complete and new ones are also lined up. Immediately after getting married, ek alag sa feeling aa gaya tha, but I love acting and dancing and soon I will be back to doing that.”

Recommended Read: Kavita Kaushik Reveals The Real Reason For Getting Married To Her Best Friend In The Himalayas

Congratulations on your dreamy wedding again, Monalisa. We hope that you have a very happy and fulfilling married life with your hubby, Vikrant. After the joyous announcement of Monalisa’s wedding celebrations taking place inside the Bigg Boss house, the atmosphere inside the house has been buzzing with energy. All the housemates are taking part in all the preparations and celebrations and seem very enthusiastic about it. Recommended Read: Suyyash And Kishwer Reveal Their Much-Awaited Honeymoon