It's been a year, since 'Jassi Jaisi Koi Nahi' fame, Mona Singh had tied the knot with the man of her dreams. Check out as the actress shares unseen pictures from her big day!

A wedding anniversary is a reminder of the best day of your life and celebrating it shows that marriage is a priority in your life and you value the togetherness of your partner. After all, the moment you tie the knot, everything changes in your life. No matter whether it is your first anniversary or the thirty-first, happiness is the same as you take a journey down the memory lane. And television actress, Mona Singh, who rose to fame with Jassi Jaisi Koi Nahin, had left everyone in shock when she had tied the knot with the man of her dreams, Shyam Rajagopalan. (Recommend Read: AR Rahman's Mother, Kareema Begum Dies In Chennai, Music Composer Shares Her Picture On Twitter)

On December 27, 2019, Mona had tied the knot with Shyam in an intimate ceremony. And it was on December 28, 2019, the gorgeous actress had shared the first picture with her 'mister' from their wedding on her Instagram handle. She had captioned it as "Love laughter and a happily ever after." The actress had picked the prettiest red lehenga that complemented her personality. On the other hand, her groom had donned a beige sherwani. 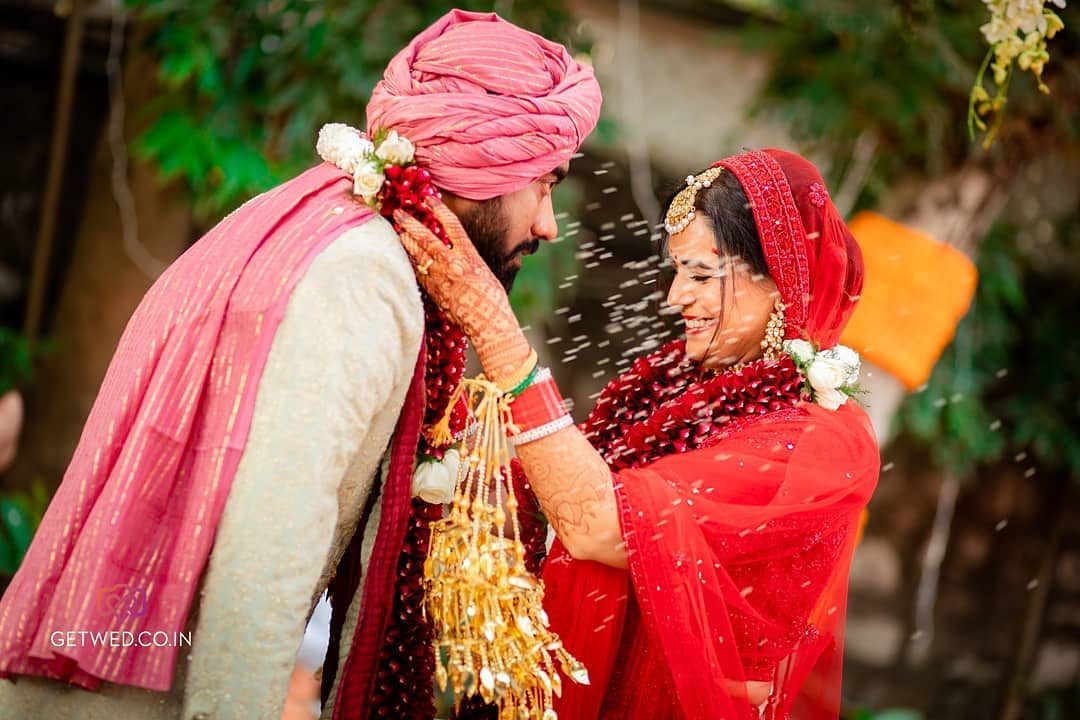 On December 27, 2020, Mona took to her Instagram handle and shared unseen wedding pictures from her big day which was shared by her friends to wish her. In the pictures, we can see gorgeous Mona's bridal glow and the twinkle in her eyes while looking at her hubby. Check out the unseen pictures from Mona's big day: 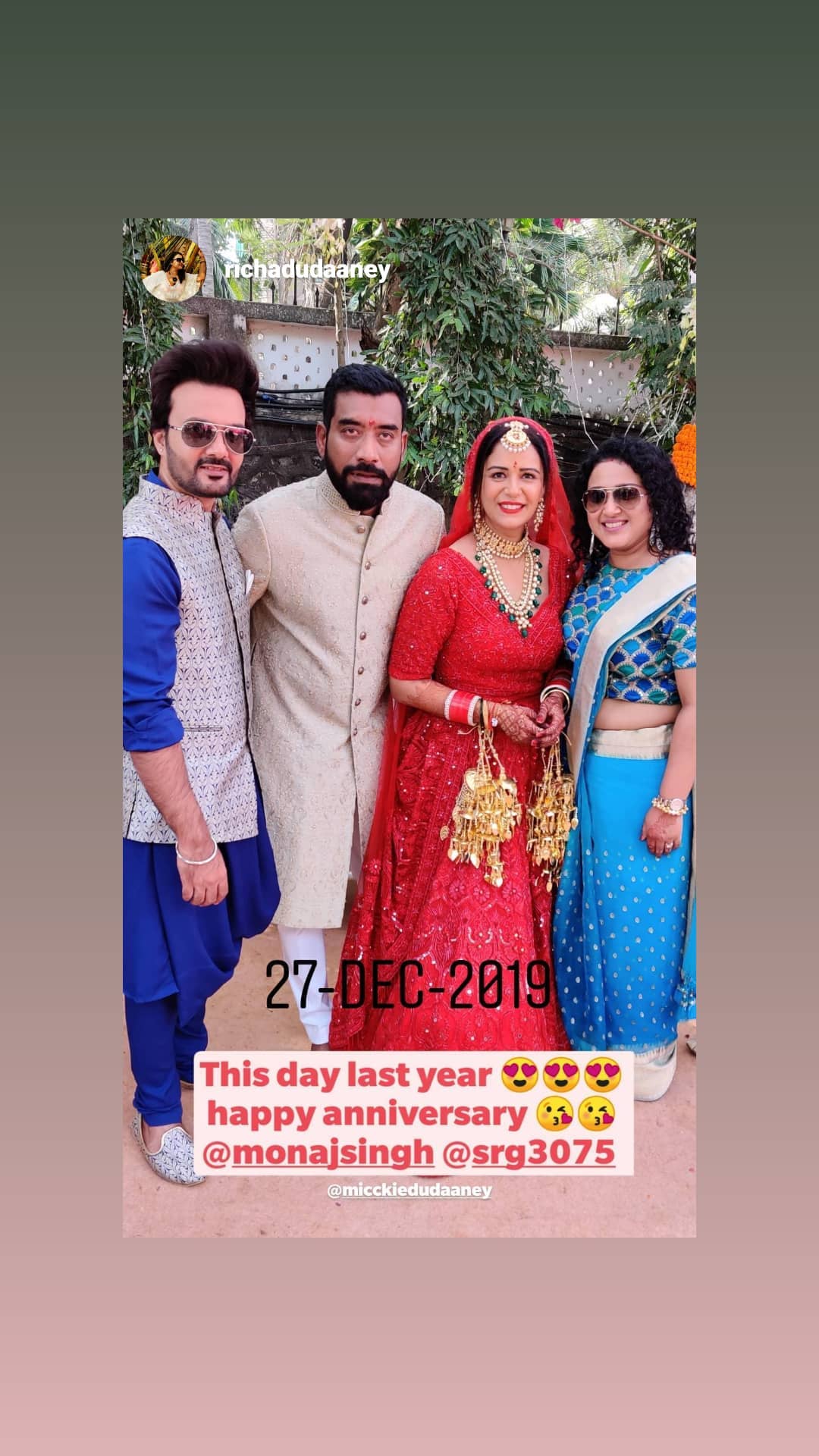 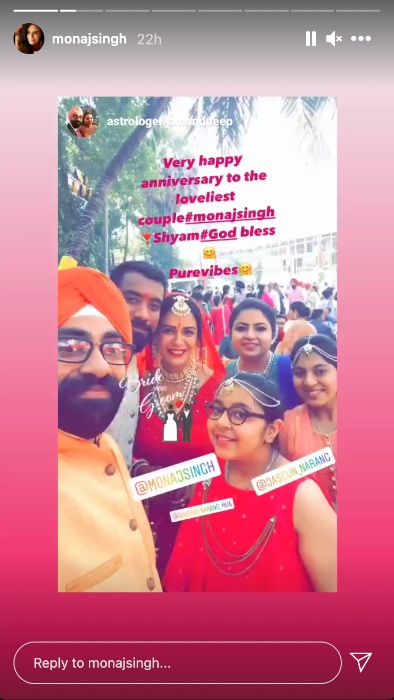 Earlier, in an interview with Pinkvilla, Mona had revealed the details of her love story and had shared how her husband, Shyam had popped the question. The actress had said, "He proposed to me in October just before my birthday. I was so surprised by the entire episode of the proposal. I was in his car and he popped out the ring in the middle of the road. He just asked me out of the blue if I would marry him and put the ring in my hand. I was like, 'arey, at least, let me reply yes or no'. Everyone on the road was giving us gaalis." (Also Read: Masaba Gupta Reveals Why Her Mother, Neena Gupta Thought That Her Daughter Died On Christmas)

Mona had also revealed how she had met her husband, Shyam and had shared, "I have known him for the last 5 years. I met him through a friend at a friend's birthday party and we hit it off. He is a very funny man that was a big tick for me. I like people with a good sense of humour. What I like about him is that he lets me be. He doesn't want to change a single thing about me. I can be very annoying at times, but he is very cool. I like him. He respects me; I respect him. We give each other space." Mona was planning to go to Spain or Italy for her honeymoon but her plans was ruined because of the COVID-19 outbreak. She had shared, "It is going great guns. It is a quarantine honeymoon for us. We were going to go to Spain or Italy but ab woh toh gaya. Now, we are cooking pizza and pasta at home." 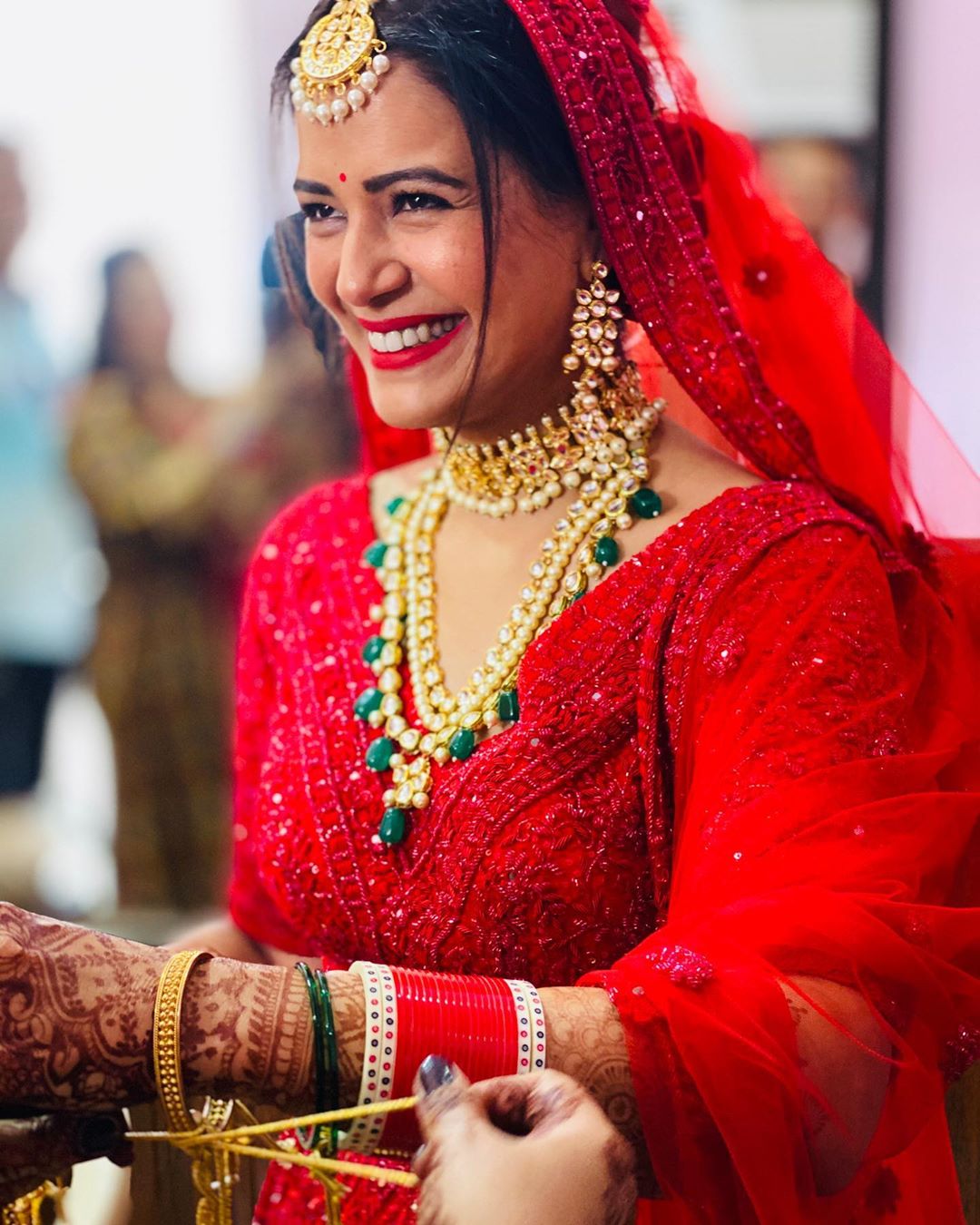 After Mona and Shyam's intimate wedding, the actress had revealed whether her husband had seen her shows or not. In an interview with IBTimes, Mona had shared her plans to binge-watch Kehne Ko Humsafar Hain with her husband, Shyam. She had said, “As I am newly married, the best thing is I am getting to spend all my time with my husband. Though my husband hasn't seen Kehne Ko Humsafar Hai season 1 and 2, once the season 3 drops. We will binge-watch all three seasons together." (Don't Miss: Asin Thottumkal's Hubby, Rahul Sharma Turned Santa For Daughter Arin, Cuts Cutest Cake With Li'l One)

We wish a very happy first wedding anniversary to Mona and Shyam!