Mohammad Azharuddin Reveals That He Fell For Former Wife, Sangeeta Bijlani At The Very First Sight

Mohammad Azharuddin Reveals That He Fell For Former Wife, Sangeeta Bijlani At The Very First Sight

Tujhko Hi Aaye Na Khayal Mera...Patta Patta Jaanta Hai…Ik Tu Hi Na Jaane Haal Mera.. Such is the tale of one of the most controversial love stories that formed from the amalgamation of the Bolly-cricket world. Sangeeta Bijlani and Mohammad Azharuddin’s love affair raised quite a few questions and eyebrows when it started evolving. Their affair led to Azhar’s bitter divorce from his first wife and that is when they had gotten married. (Do Read: Sania Mirza Talks About Becoming Mother To Izhaan Mirza Malik, Her Pregnancy Journey And Much More)

Sangeeta was Miss India 1986 and was a budding actress-cum-model when she met then one of the most handsome cricketers of the Indian cricket team, Mohammad Azharuddin. For the latter, it was love at first sight and he himself revealed it. Speaking at the India Today Mind Rocks, Azhar shared about the same and stated, “I met Sangeeta Bijlani during an ad shoot in 1985. Yes, it was love at first sight. Nobody talks about this so openly... But I am telling you.” 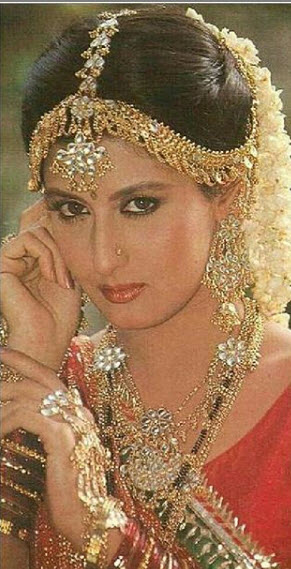 Further talking about the strange connection that Bollywood and the cricket world has, he shared, “Cricket and Bollywood have had a long-standing relationship because of Mansoor Ali Khan Pataudi and the relationship will continue I think, kyunki ye to dil ki baat hai (because it's a matter of the heart).Getting married to an actor or cricketer is a personal choice and when there are two stars in question it becomes easier to deal with all the attention. The understanding becomes easier when cricketers and actors get married.”

Sangeeta was almost about to get married to superstar Salman Khan but due to the star’s growing interest with another model, the marriage was called-off. Sangeeta then got married Azhar but it went kaput and the couple got separated in 2010. Speaking about marriage and relationships, she was quoted as saying in an interview, “The woman could be everything wonderful and the man may still stray. The old saying “keep-your-husband-happy-so-he-won’t-stray” puts too much burden on a woman. I do feel that people can create a pattern in marriage that is not enhancing, and the man instead of dealing with the dissatisfaction and complex within himself and trying to work on the relationship, escapes it and goes some place else to feel better about himself." (Must Read: Jasleen Matharu And Anup Jalota Pose For Happy Selfie After All The Publicity Prank In Bigg Boss) In a 2016 interview with DNA, Sangeeta opened up about relationships and stated, “I have that option. We are social beings and we do need people and so it is a need then. It is not about love and sex. I feel love happens when there is a chemical reaction in the brain. At that point, the dopamine levels are high and one is in a drugged state, and believes one is head-over-heels in love. But that happens when another body’s chemical reaction and your body’s chemical reaction gets in frequency with each other and come into that space of vibration.”

She had further added, “I feel everything is about energy. It is not love. You may call it love, but it is just a trigger in your brain. Then you go through that space and after a point, it is gone. So, you want to feel that feeling again. Some people want to feel that feeling again and take another partner. They want to feel the same sexual feeling they did, so they find another partner and then they don’t get it there and it becomes a routine for them. In the bargain, they lose themselves somewhere. As for me, I feel I am my best companion. I love my alone time. I am not a recluse, I do not isolate myself, I hang out with my friends, I travel, I do stuff and so it is about the frequency. So, that has to occur again, the vibration has to occur. If that doesn’t trigger then.” 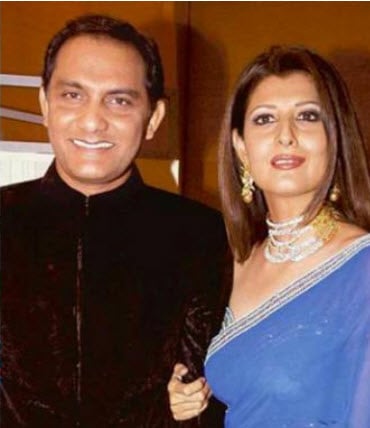 Has Sangeeta ever contacted her ex-hubby post their divorce? A source close to the actress shared with BollywoodLife in 2016, “Sangeeta hasn’t been in touch with Azhar in years… Since the time they divorced in 2010, they have kept out of each other’s way. She fears that the movie will not show her in a positive light. By now, it is known that Nargis Fakhri is playing her in the film, so whether she wants it or not, she is connected to the film. Even Sangeeta’s Oye Oye song is part of her portrayal in the film. So, she called Azhar and she voiced her apprehensions. And she expressed a desire to watch the film. Since then, they have kept regularly in touch. Azhar informed her that he too hasn’t watched the film and has asked the producers for a trial. But everything is being kept tightly under wraps till the release.” (Also Read: After Sonam Kapoor Ahuja, Sister Rhea Kapoor To Get Married To Boyfriend, Karan Boolani This Year?)

Guys, do you think Sangeeta and Azhar’s separation was justified? Do share your thoughts with us.