Mira Kapoor connected with her paternal grandmother via a video call. Mira spoke about the priceless experience of her kids, Misha Kapoor and Zain Kapoor hearing stories from their great-grandmother.

We have always seen how grandparents shower unconditional love on their grandchildren. No matter how strict parents are, in front of their parents, they cannot say anything to their children. If such is the pampering level by grandparents, imagine the immense love showered on the children by their great-grandparents. It is a bliss to being blessed with the great-grandparents and only some are fortunate enough to meet them and grow up hearing stories from them. Shahid Kapoor and Mira Rajput Kapoor’s little bundles of joy, Misha Kapoor and Zain Kapoor are the lucky ones. (Also Read: Anurag Kashyap's Daughter Aaliyah Kashyap Wishes Him On His Birthday With Adorable Childhood Picture)

Shahid Kapoor and Mira Rajput Kapoor have always emphasised on the importance of family in one’s life. Hardly the couple is seen at the Bollywood parties and events as they prefer spending quality time at home with each other and their children, Misha Kapoor and Zain Kapoor. As described perfectly by Shahid’s mother, Neliima Azeem, Mira had ‘got the entire family together’. Even Shahid had often said in his interviews, how his perspective towards life has changed after his marriage to Mira. Shahid loves being with his family, away from the media attention.

While the lockdown has forced us to stay away from our family and friends for ours and their safety and as we are on the path of accepting the ‘new normal’, we are figuring out ways to stay in touch with our loved ones. Mira Rajput Kapoor too, is connecting with her loved ones and emphasising on how time is both precious and priceless, she wrote a note on her IG handle. Sharing a screenshot of her video call with her paternal grandmother, Mira wrote, “Time travel. Travelled far in distance and memories, by spending the most precious currency we have today: Time. Time is both precious and priceless. Speak to your loved ones... Connect with friends… Pick up the phone and say Hello. Spoke to my Dadima today and she was so excited while chatting with her great-grandchildren, telling them the stories I heard as a kid. These moments are priceless.” (Also Read: Shilpa Shetty Kundra Misses Her Sister Shamita Shetty, Her Son Viaan Talks To 'Masi' Over Video Call) 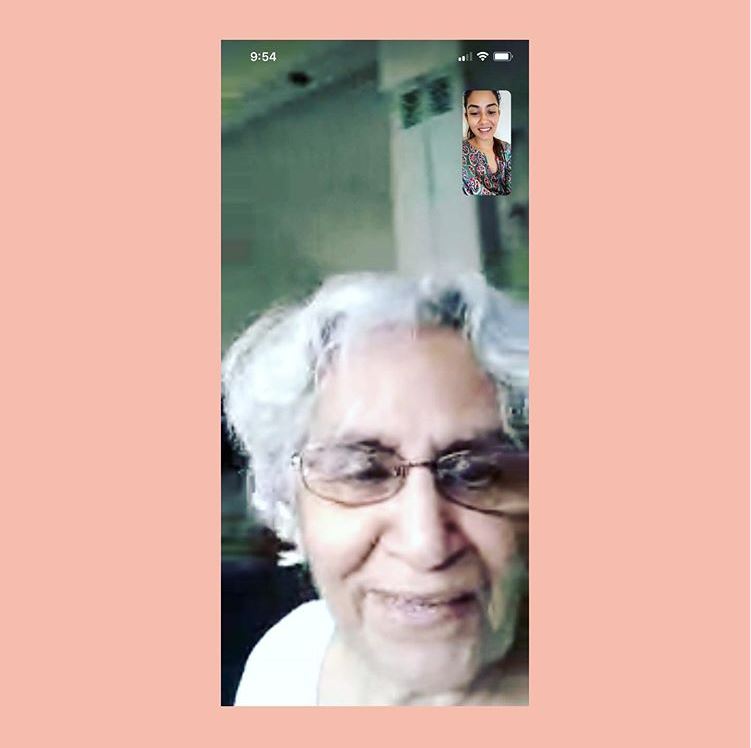 It was only a few days back when Shahid Kapoor and Mira Rajput Kapoor had reunited with the Rajput clan after six months and the latter had treated everyone with the ‘taste of love’. Donning the chef’s hat, Mira had organised a feast for the Rajput clan including her sisters, Priya Tulshan and Noor Wadhwani, brother-in-law and mother, Bela Rajput. Mira had prepared some healthy and delicious food which had included deconstructed caprese salad, corn, pasta and noodles. Mira had shared glimpses of the feast with the Rajputs on her IG stories. Posting a video of the feast, Mira had written, “Mia Familia When the family comes together after 6 months, only a feast would do. @shahidkapoor @priyatulshan @vidhittulshan @rajput_bela @vet.” Check out the screenshots of her IG stories: 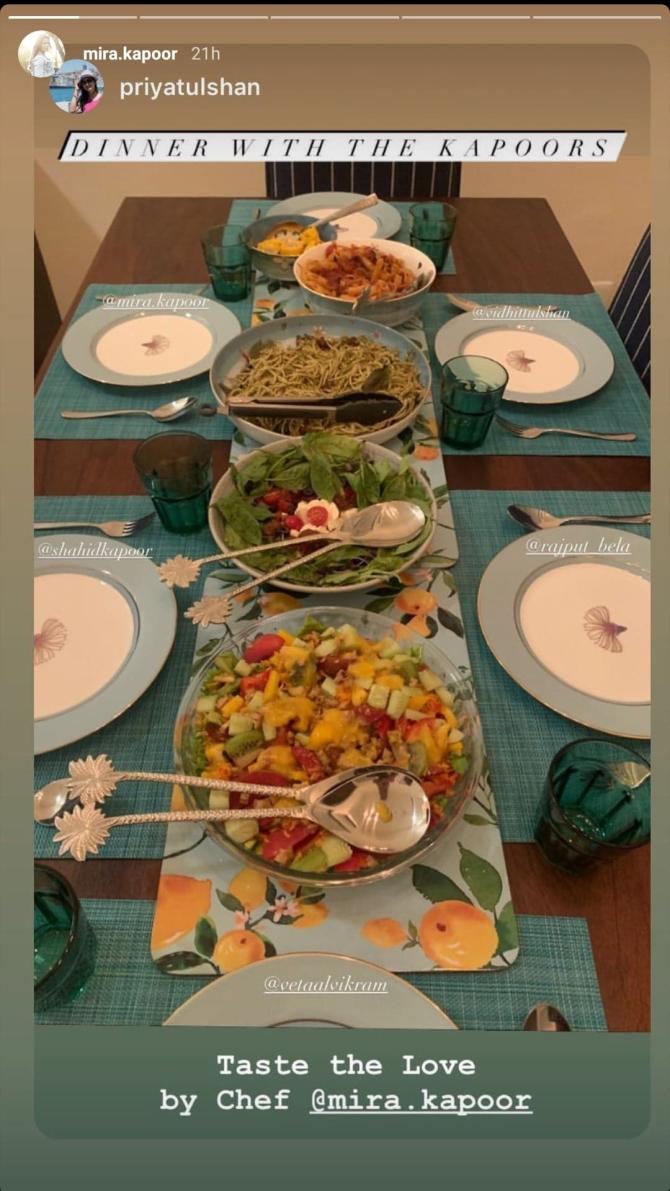 When Mira Rajput Kapoor’s mother, Bela Rajput had turned 60 in June 2020, the star-wife had shared a video on her IG handle. The video was comprised of some cherishable moments of the ‘coolest nani’ with her grandkids, Misha Kapoor and Zain Kapoor. Mira had captioned the post as “To my Dearest Mumma, Happiest 60th Birthday. Words cannot do justice to your praise. You are my whole world, my support, the shining light of our family and the ever glowing flame of love. To the best Mother, Wife , the coolest Nani who can drive six grandchildren in a tractor, the most doting Mother-in-Law and the most beautiful person inside and out, Mom you are an inspiration. We can never match up to your selfless love, generosity and grace. YOU are our sun and we all derive our light from you! I love you Mom!”

In a throwback interview with Filmfare, Shahid Kapoor had revealed how his wife, Mira Rajput Kapoor feels that she is not his priority. Revealing how he is terrible at maintaining long-distance relationships and his struggles with dividing time between work and family, Shahid had said, “You’ve got to work every day at everything. Whether it’s marriage, parenting, career, or even your relationship with your parents. I struggle with all of them. I struggle at maintaining my friendships. I’m terrible at maintaining long-distance relationships. I struggle at dividing my time between my wife, my children, and work. My wife feels she isn’t a priority. I feel guilty about not giving enough time to myself. Many a time I tell my family, ‘Guys, let me work also sometimes’.” (Also Read: Shoaib Malik Is Overwhelmed To See Son, Izhaan Mirza Malik, Thanks His Munchkin For The 'Best Title') 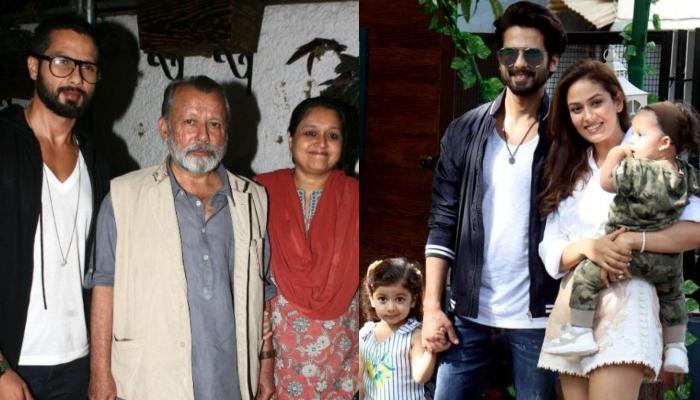 We know her as Hansa Parekh but what we don't know is that she is the one, who had shared the screen with Hugh Grant, an actor at par with her. Both the talented actors of Bollywood and Hollywood have come together for a French film, La Nuit Bengali (The Bengali Night) released