Mira Rajput Kapoor shared candid pictures of herself dancing with her daddy. She also penned a warm birthday wish. Check out!

Mira Rajput Kapoor grabbed the limelight as Shahid Kapoor's pretty wife back in 2015, and since then, she has made her own identity as a millennial influencer. Though Mira is not a part of showbiz, she has eventually etched a special place in our hearts with her exquisite fashion sense and lifestyle choices.

She is a part-time fashion monger but a full-time mommy to her two adorable kids, Misha and Zain. Even after marriage, Mira catches up with her Delhi-based parents quite often and spends all her special days with them. This time, she posted two cutesy pictures with her daddy dearest as it's his birthday. 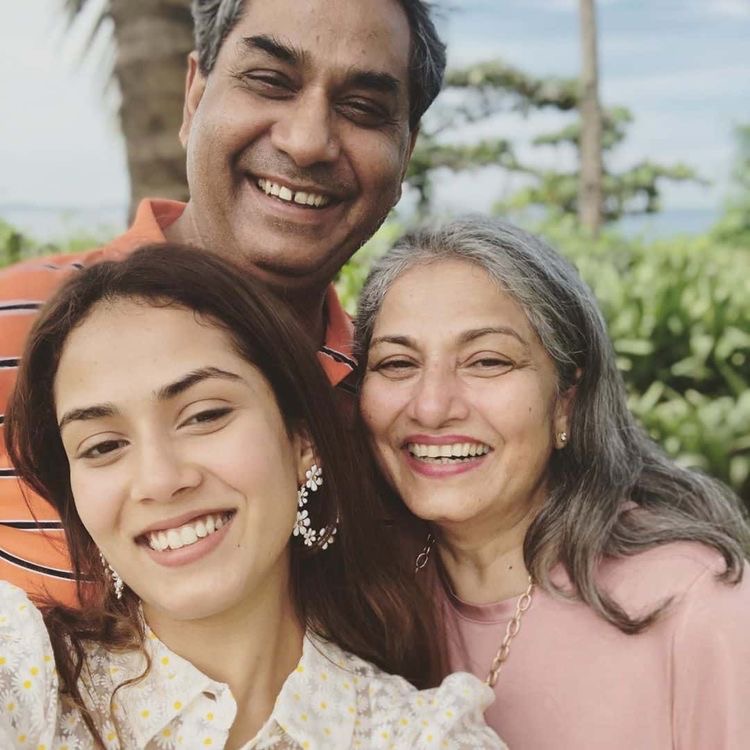 Daddies are every girl’s first love and the only superhero whom she adores more than anyone else. Mira shares a similar bond with her father, Vikram Rajput. November 25, 2022, marked his birthday, and on the special day, she dropped two stunning pictures from a family function where she was seen dancing with her daddy and hugging him. While Mira looked pretty in a yellow anarkali, Vikram donned a black kurta. Alongside it, she penned:

“Happy birthday to my world.” 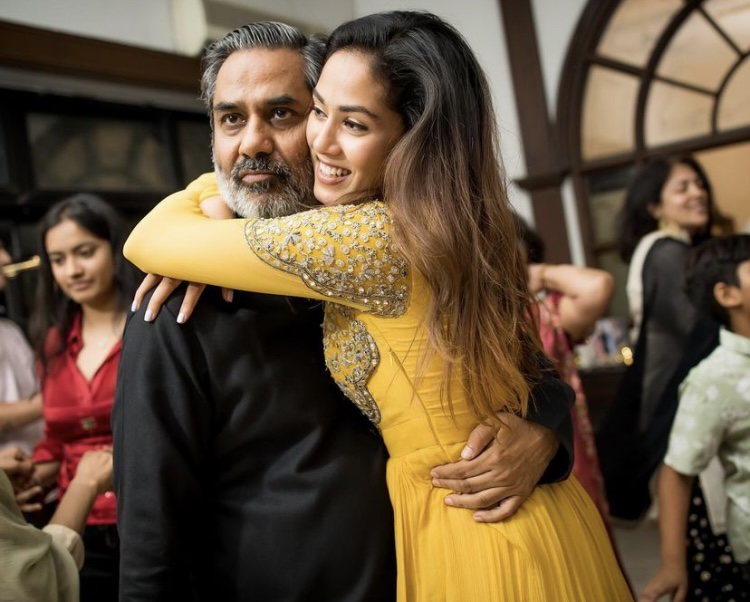 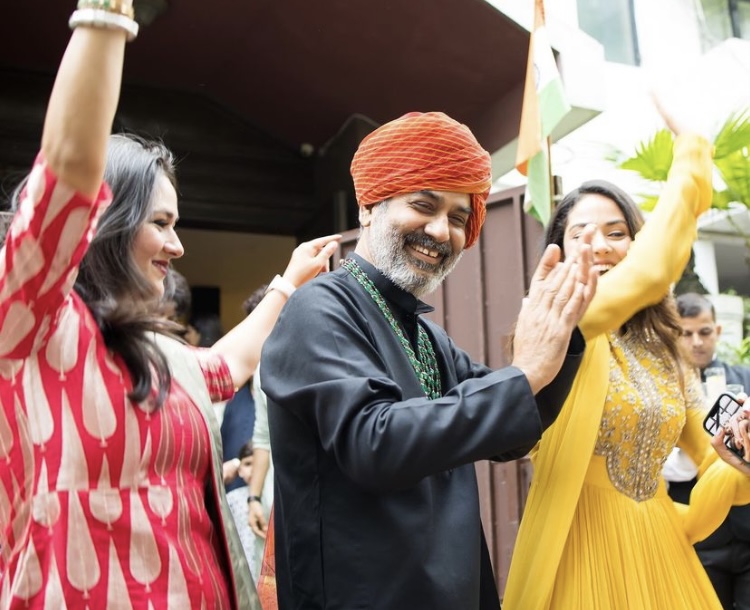 Earlier, Shahid Kapoor was called the best damad by the netizens as he had taken his mom, Neliima Azeem, his in-laws, Vikramaditya Rajput and Bela Rajput, and his ladylove, Mira, on a dinner date. The beautiful picture of them smiling was proof of their inseparable bond. Sharing the picture on his IG stories, atop it, Shahid had written how his family had always got his back during hard times. He had penned:

"#BESTTIMES ARE ALWAYS WITH THOSE WHO GOT YOUR BACK WITH A SMILE. #FAMJAM." 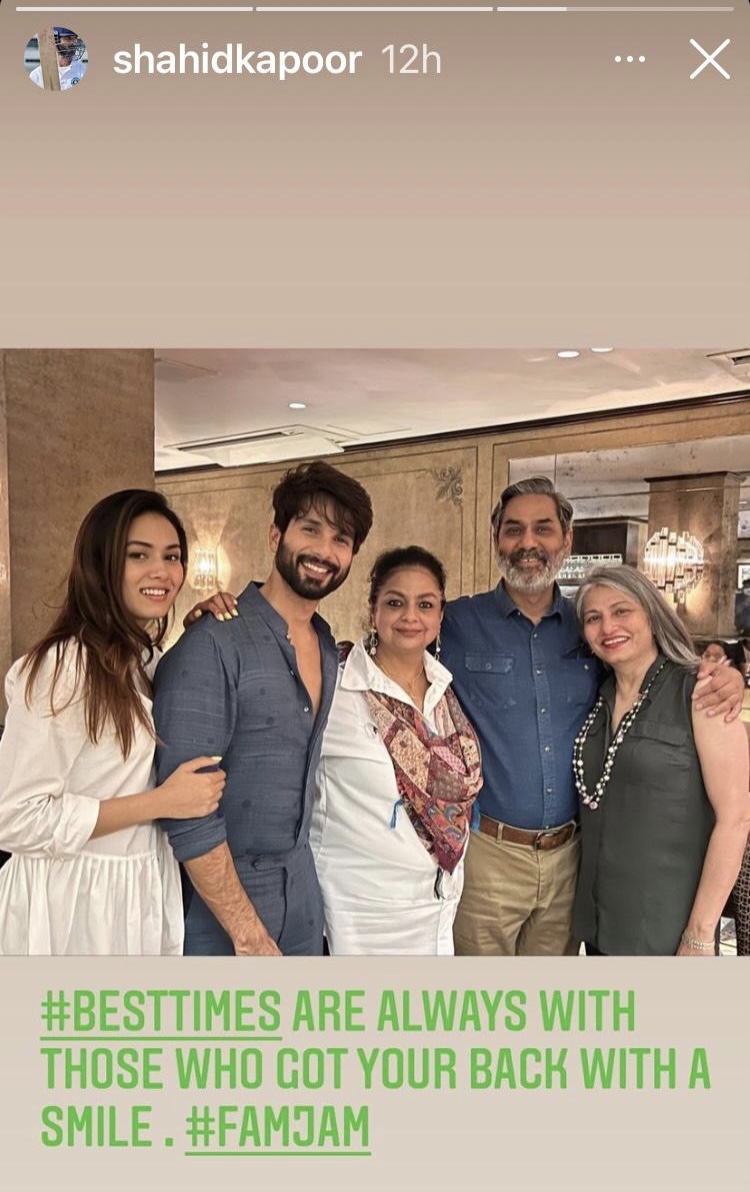 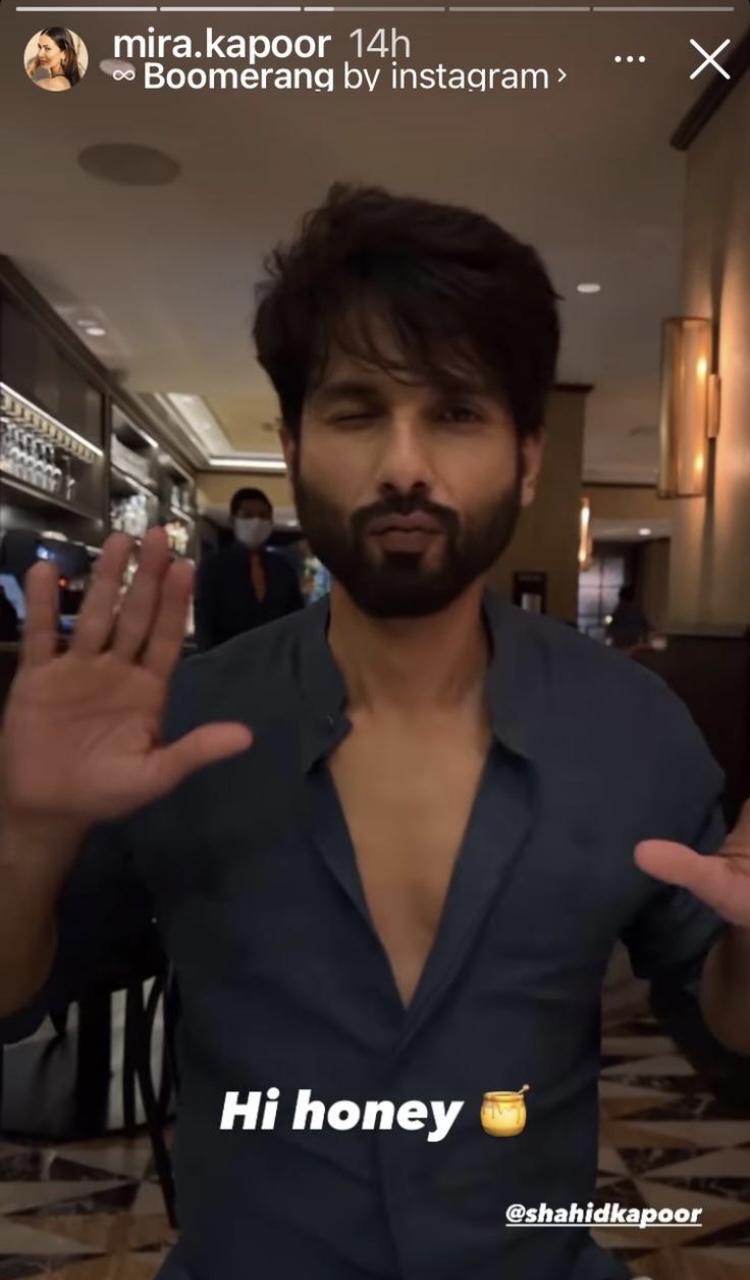 Mira Rajput Kapoor also shares a warm bond with her mother-in-law, Neliima Azeem. In an old interview with the Hindustan Times, Neliima was all praises for her bahu, Mira and had said that she is an intelligent and understanding person who does not try to seek attention. Neliima could be quoted as saying:

"Maybe I understand her because she is young, she got kids at a very young age, she's extremely intelligent individual, yet she is kind and giving, understanding -- I was very understanding with my first husband with his talent and his expertise get that break and I actually said 'haan jao.' She is somebody who doesn't try to get her attention or seek that highlight, she's just not a brat. She's well-brought-up." Next Read: Babil Khan Remembers Dad, Irrfan Khan Ahead Of His Debut, Talks About Being Compared To Him