Mira Rajput Kapoor shared a picture of herself on her IG handle, and her husband, Shahid Kapoor confirmed that she looks exactly like their son, Zain Kapoor!

Shahid Kapoor’s arrange wedding had created quite a stir in the nation as everyone was eagerly waiting to see, who Mira Rajput is! The Delhi-based girl, Mira had surely come as Mrs Kapoor in the glamour world, but she made her own mark in the hearts of millions of her fans due to her humility. The gorgeousness is a social media influencer now with millions of fans and often talks about parenting, inspiring many mommies out there. In her personal life, she is a mommy to her two little munchkins.

For the unversed, it was on August 26, 2016, when Shahid Kapoor and Mira Rajput Kapoor had welcomed their firstborn, Misha Kapoor. And on September 05, 2018, the couple was blessed with a baby boy, whom they have named Zain Kapoor. At the mere age of 24, Mira had become a Mumma of two and she has been nailing it since then!

A few hours back, Mira Rajput Kapoor shared a picture of herself on her IG handle, soaking the sunlight. Wearing a bucket hat from the brand, Kenzo, Mira looked utterly adorable. She captioned the picture as “Cover me in sunshine,” followed by the sun emotion. However, more than her picture, it was her hubby, Shahid Kapoor’s comment that caught our attention. Stating the fact that she looks like their son, Zain in the picture, Shahid wrote, “Ditto zain,” followed by a loved-up emoticon. 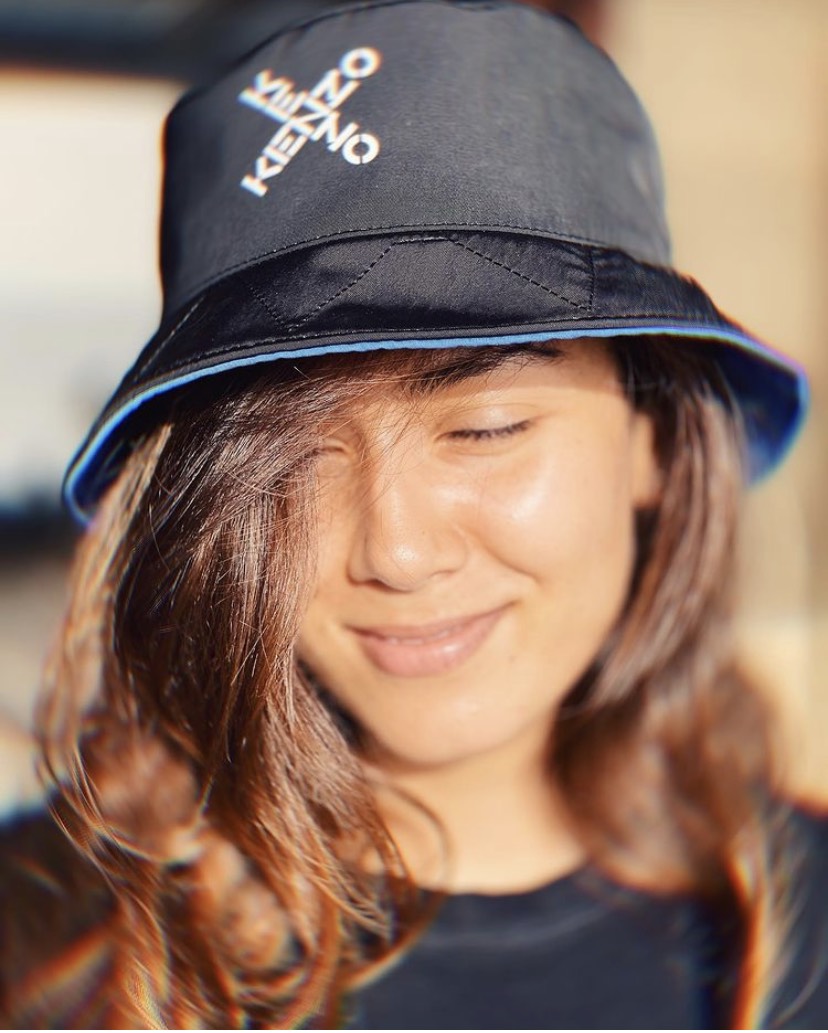 Mira and Shahid have been keeping their kids, Misha and Zain away from the limelight, but share random glimpses of their little ones. On July 12, 2021, Mira had shared a glimpse of her baby boy, Zain on her IG story. In the picture, Zain was seen napping as his doting mommy had wondered how quickly he is growing up. Gently touching the back of his neck and showering love on him, Mira had written, “Growing up too fast!!" atop it.

Recommended Read: Mira Rajput Kapoor Has Her Weekend Sorted, Reveals How She Is Spending It With Kids, Misha And Zain 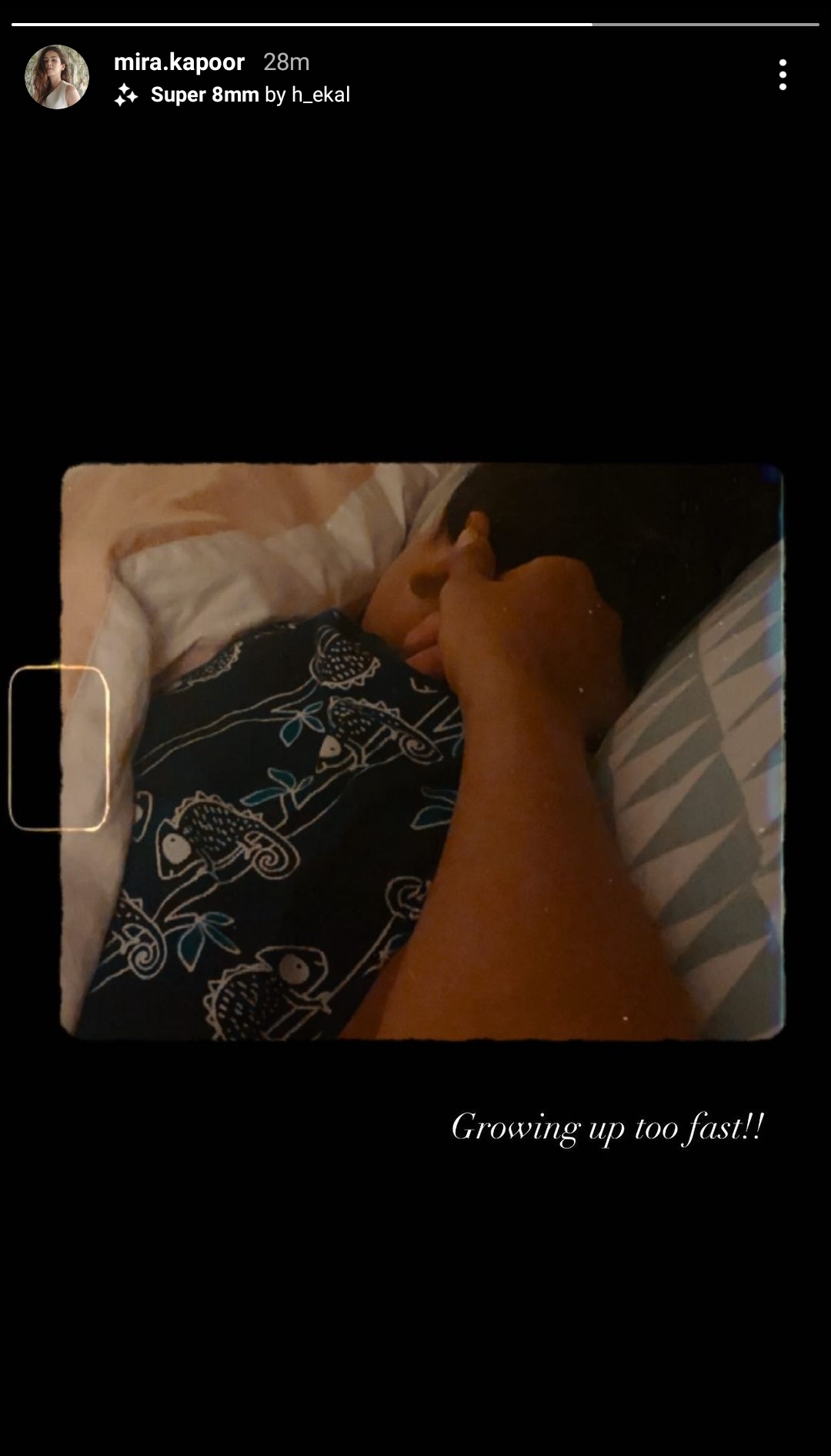 On April 9, 2021, Mira Rajput Kapoor had taken to her IG handle to share a video, revealing her ‘millennial mom fail’ moment with her son, Zain Kapoor. In the video, Mira had talked with her fans, saying, “Hey guys! So today when I was getting ready for my LIVE, and could not find my makeup sponge. Guess where I found it?” She had then zoomed the camera to an inflatable swimming pool, picking up the sponge, half torn and quite dirty.

Mira had captioned the video as “#Kidshappen Has this happened to any of you or am I the only one? #millenialmomfail #sh*thappens.” On the video, her hubby, Shahid Kapoor had commented, “I am so happy he is filling in for me and keeping you entertained.” Shahid’s half-brother, Ishaan Khatter, too had commented and had written, “Zuzah.” 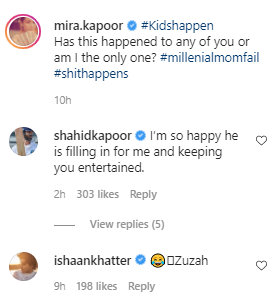 Mira’s love for Zain can be clearly seen in the fact that she, at times, wears the clothes selected by him. On November 28, 2020, Mira had shared a picture in a white dress with asymmetrical noodle sleeves. In her caption, Mira had cleared that it was her son, Zain, who had decided this outfit for his mommy. Mira had shared that her picture is proof that her son, Zain loves spider-man. Sharing the picture, Mira had written, “My baby boy loves Spider-Man you see..” 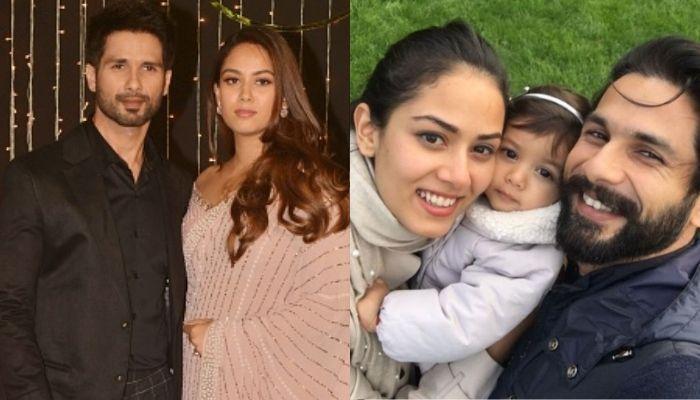