As Mandakini made a comeback in the industry with her music video, she was asked about her experiences in shooting at two different times and also what she thinks of her iconic scenes. Read on!

One of the iconic actresses of yesteryear, Mandakini is known for her sensual scenes in her debut film, Ram Teri Ganga Maili, in 1985. Since then, she has given one after the other blockbuster hit movies of her time. Not only this, her debut film had also stirred the entire industry with her two scenes in the film. One, in which she is bathing under a waterfall clothed only in a white piece of cloth and the second, in which she is shown breastfeeding her child. However, after a period of success, she had taken a sabbatical from her acting career and is making her comeback on the screens with her music video, Maa O Maa, along with her son, Rabbil Thakur.

For the unversed, this unknown girl from Meerut, who had then become an overnight sensation in India with Raj Kapoor's film, Mandakini had also walked on the paths of the Dalai Lama and started devoting her time to Tibetan Yoga. There, she had met the love of her life, a former Buddhist monk, Dr Kagyur T. Rinpoche Thakur and the duo got married. Post-marriage, both Mandakini and her husband, opened a Tibetan yoga centre in Mumbai, and together they also ran Tibetan Herbal Centre. The couple is also blessed with a son, Rabbil Thakur and a daughter, Rabze Innaya Thakur. 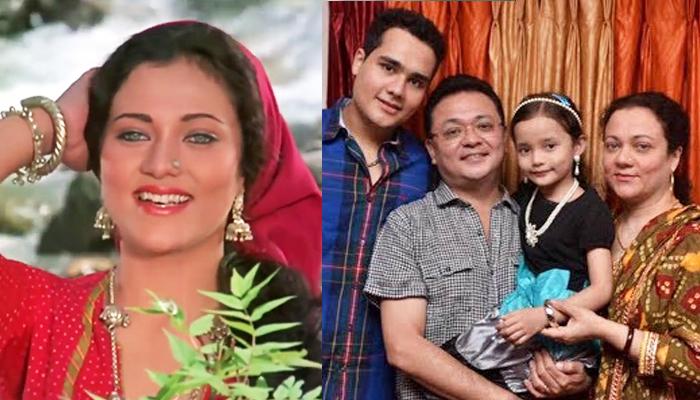 Recently, Mandakini made her comeback in the entertainment industry after 26 years with her music video, Maa O Maa. This is also the debut of her son, Rabbil Thakur in the showbiz world. In an interview with the Hindustan Times, she opened up about her long break and how she thought of returning to the industry. She also revealed the motherly sentiments which are attached to this music video and said:

"It was on my mind for a long time that my kids are old enough now and I can get back to work. I was thinking about all this when I met Saajan. We have known each other since our younger days. We have known each other since the time we first came to Bombay. Our association is old, he liked the fact that I wanted to make a comeback and he came up with the idea immediately, on the spot. Besides, it is a sweet song with good music and lyrics. I thought it would be good. Films may take time - you choose subjects and listen to story etc, a song is a song. The song also talks about mother's sentiments. So I just decided to go with it. It is better to start with a smaller project after so long." 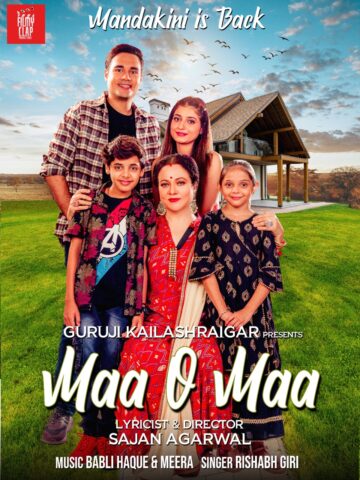 In the same interview, she was asked about her decision to take a break from acting and what changes she could find over time. To this, the veteran actress mentioned that she has no regrets about her decision and feels happy about it. However, talking about the changes that have taken place, she mentioned that in her time, filmmakers used to shoot a song in a one-day shoot. Even after that, she used to enjoy her work schedule, which used to give her homely feelings. She added:

"At that time, I felt like not doing it (films) and took the decision that felt right for me. I am happy, I have no regrets for my decision. I think the good part is that we are technically advanced and people are paying attention to every minute detail. When I shot the song it was a one-day shoot, I felt it was just like how we did it back in the day. I was enjoying myself. I did not feel like I was working outside, no professional feeling, it was like family. It felt like I was at home, doing it all for our own happiness.. It would be difficult to define the good and bad changes right now as I haven't really worked much."

Suggested Read: Alia Bhatt Discusses Being Trolled For Being A Star Kid, Says 'How Can I Control Where I Am Born' Finally, in the interview, she was asked about her iconic breastfeeding scene from the film, Ram Teri Ganga Maili, and what apprehensions she overcame for the film. To this, Mandakini wittily replied that whatever was shot was much different from the sexuality which is used nowadays. She also revealed that the thing was done technically, and it was simply a pure form. She revealed:

"First of all, it was not a breastfeeding scene, it was shot in such a way that it could look like one. If I go on to explain how it was done, it would be too long (a story). The cleavage that is seen on screen, you see so much of it, it is all technically done. But the way skin show is done in today's times, that was nothing. We should not be even talking about it. It (her scene) was also a pure form. Nowadays, it is all about sexuality." On the work front, the actress was last seen in the film, Zordaar in 1996.

Next Read: Rithvik Dhanjani Posts A Love-Filled Wish For Ex-GF, Asha Negi On Her B'day, Fans Cheer For Reunion