Jay Bhanushali and Mahhi Vij, who got married to each other into the year 2011, are expecting their first baby in 2019. Look how Jay is taking care of his pregnant wifey. 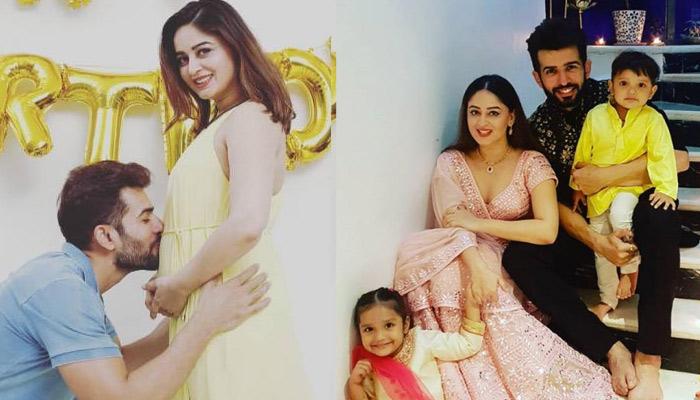 Bollywood and Indian television arenas are filled with good news and many celebs are over the top for either the arrival of their little ones or for entering in the wedlock. One amongst others who come under the former category is none other than Mahhi Vij and Jay Bhanushali. The lovebirds are expecting their first baby in 2019 after their blissful doubles’ life for almost 9 years.

Mahhi and Jay had tied the knot on November 11, 2011, in a low-key profile and later, in the year 2014, they walked down the aisle in a destination wedding in Las Vegas. Though the lovebirds are expecting their first biological baby this year, the two are already parents to two lovely kids of their caretaker, Rajveer and Khushi. (You May Also Like: Srishty Rode's Ex Manish Naggdev Reveals Current State After Breakup, Advices Fan About Moving On) 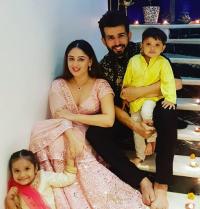 Coming back to Mahhi’s pregnancy, ever since the news came into the forefront, Jay can be seen fulfilling all the duties of a doting hubby. From taking her for a movie to keeping a constant check on his expecting wifey, Jay has been giving examples on how to take care of your preggy wifey. And now, he is giving another reason to Mahhi to rejoice. Well, Mahhi took to her Instagram story and shared a Boomerang video wherein Jay can be seen giving a relaxing foot and leg massage to her. Atop the story, Mahhi wrote, “Aisa Pati Bhagwan Sabko De @JayBhanushali.” Checkout the snapshot of the same here: 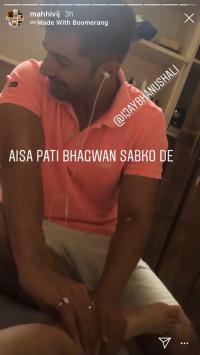 Mahhi and Jay both took to their official Instagram handle to announce the happy news with the world. They had shared the below picture on their official Instagram handles. Mahhi had written, “There once was a girl n that girl met a boy they found living as two was a life full of joy these two happy lovebirds this couple this pair were snug in their nest but they thought it quite bare they cuddled up closer made room in their tree and their joy overflowed when two became three WHEN TWO BECAME THREE @ijaybhanushali #baby #comingsoon #cantwait #mine.” (Also Read: Sonam Kapoor And Anand Ahuja's Romance In Japan Is Winning Hearts, Pose Like Happy Couple (Pictures)) 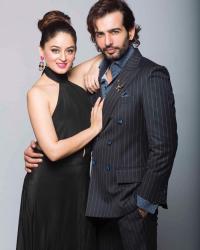 On May 29, 2019, Jay had taken to his official Instagram handle and had posted a lovely picture with Mahhi and their adopted son, Rajveer. He had shared a picture collage wherein both the boys can be seen kissing Mahhi’s baby bump. The doting daddy-to-be had captioned the picture as, "The boys are super happy to welcome the new member..just too excited to know if it's a boy or girl any guesses? Comment below #happyfamily @rajveercutestar #girlorboy #princess or #gangster #naughty #loveguess #newborn @mahhivij #newmember #mothercare #photographer #photography @bbhupi25". Checkout: 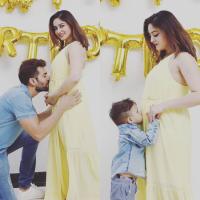 In an interaction with the Deccan Chronicle, Jay and Mahhi had spilt the beans on their love story. Jay had shared, "The first time I saw Mahi was at a card party thrown by our common friend. I was quite attracted towards her. We had no conversation as she was there just for 5-10 minutes. After a year, we met again, at a club, again through a common friend, that’s how we clicked." Tying the knot for the second time in LA, Jay had shared, "In Vegas, on the spot decision by Mahi let’s get married again and let’s have a Christian wedding. We had no plans, no guests, no witness, we just had a father, made us take the vows." (Checkout: Twinkle Khanna Calls Akshay Kumar A Hunk, Shares The Loveliest Picture With Him (Check Inside)) 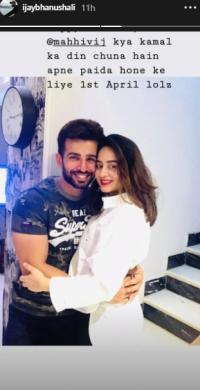 Sharing if she is a possessive wife, Mahhi had once remarked, “I am possessive but not an insecure wife. And I think every woman is possessive towards her husband. I don’t fear losing Jay. He can’t stay away from me for more than half an hour. My love is too strong to lose him.” 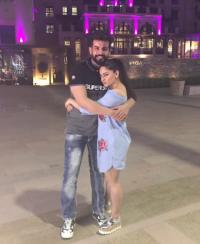 Laagi Tujhse Lagan actress, Mahhi Vij and her husband, Kis Desh Mein Hai Meraa Dil actor, Jay Bhanushali are on cloud nine these days. The couple is soon going to embrace parenthood for the first time to their biological child. The reason why we are mentioning this is because Jay