When you fall in love, there is no right age, and this stands true in the legendary love story of Maharani Gayatri Devi and Maharaja Sawai Man Singh II. Check it out!

In India, it is believed that love marriages have a less chance of being successful and if you want to live a happy life, then, go with your parents' choice. But this isn't the case always, there are many love stories that have happy endings. And such is the love story of Maharani Gayatri Devi and Maharaja Sawai Man Singh II. No one believes it, but at the mere age of twelve, she had fallen 'head-over-heels' in love with the 21-year-old king of Jaipur, whom she had affectionately called 'Jai'.

Before we take you further into the story, let us give you an insight about Maharani Gayatri Devi, who had always followed her heart and had defied societal conventions to live life on her own terms. She was a princess of Cooch Behar and had lived a happy and regret-free life. Known for donning beautiful chiffon sarees and pearl and polki necklaces, she was one of the most modern, independent and fashionable Maharanis of India and her legendary love story is still alive in the hearts of many.

A Differently-Abled Couple's 'Shaadi' Story Proves Love Is For All, The Bride Dances Her Heart Out

Before Being Hailed As Maharani Of Jaipur 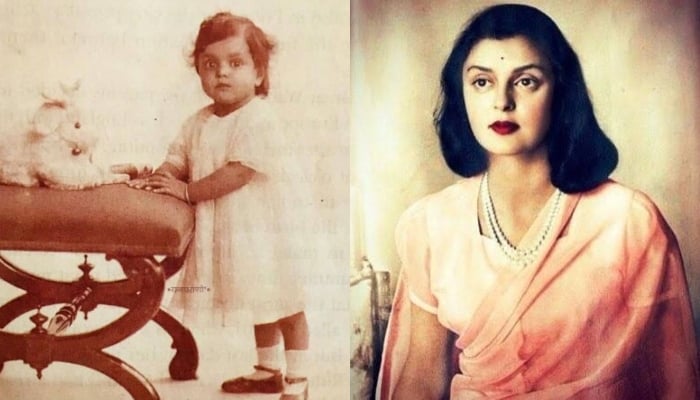 Gayatri Devi was born as a princess of Cooch-Behar on 23 May 1919 in London. She had done her schooling from Glendower Preparatory School, London and had acquired secretarial skills from London School of Secretaries. Gayatri ji had always remembered her childhood days with a lot of happiness. In an interview with The Times of India, she had said:

"When I close my eyes, I recall my happiest days were as a child in Cooch Behar. Those were days of innocence. When I read comics like Tiger Tim and Puck. When I’d go shooting, I would plead with the mahout to let me sit on the neck of the elephant. There I used to lie down, my head between the elephant’s ears. At dusk, I would come home riding on my elephant. When I remember this moment, it takes me back to a time when my life was untouched by change and the loss of people dearest to me. I often dream about my childhood days, we had so much fun with my brothers and sisters." 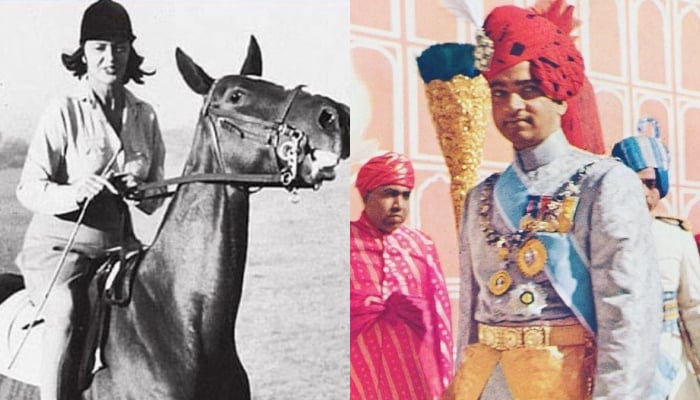 Gayatri Devi's mother, Indira Devi, had refused to accept an arranged marriage for her daughter as she had herelf been in love and had fought for it. So, it was pretty evident that Gayatri Devi would not live her life dictated by the societal norms. On the other hand, Maharaja Sawai Man Singh II was married twice to suitable Rajput brides, who were chosen from the royal families of Jodhpur. His first wife was Maharani Marudhar Kunwar, sister of Sumer Singh, Maharaja of Jodhpur, while his second wife was Maharani Kishore Kanwar, niece of his first wife and daughter of Sumer Singh.

At the age of 21, Maharaja Sawai Man Singh II had gone to Woodlands, Calcutta to play the polo matches of 1931 and that is where he had met the love of his life, Gayatri Devi, who was 12-years-old at that time. It was love at first sight for Gayatri Devi, who was awestruck by the exceedingly rich and dashing Maharaja. They had six-years of secret courtship and would meet each other for games of tennis and cycle racing. Soon, people had started noticing the brewing romance and they had warned Gayatri Devi's mother that her daughter's life as a third Maharani would be tough. In an interview with The Times of India, Gayatri Devi had recalled the beautiful time:

"Looking back, I see that those times were much more ahead than an ordinary approved courtship would have been. There was the challenge of outwitting our elders, of arranging secret meetings….And every now and again, there was a marvellous, unheard of liberty of going for a drive in the country with Jai, of a stolen dinner at Bray, or of an outing on the river in a boat. It was a lovely and intoxicating time." 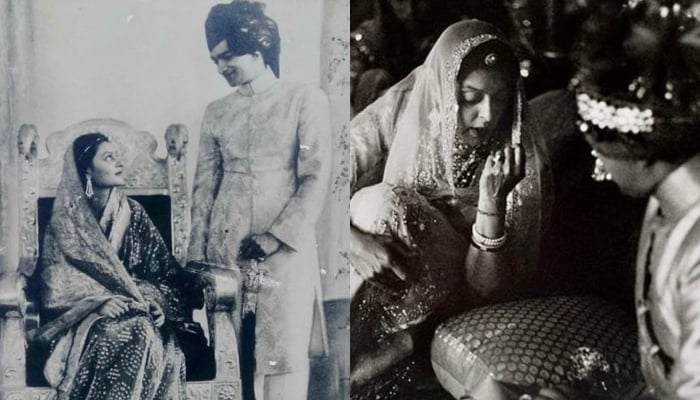 Gayatri Devi and Sawai Man Singh's love story had a beautiful and happy ending. However, it was his proposal that had proved that he was a gentleman. One fine day, Sawai Man Singh had proposed the 16-year-old Gayatri Devi while taking a walk in the park. He had asked her if she would marry him and he had also stated that he had already talked about this to her mother. Sawai Man Singh further told her that he had played polo, rode horses and flown planes, and would die any moment, saying all this, he had inquired whether she still wanted to marry him. While Gayatri's mother wasn't happy with the union, the duo had tied the knot on May 9, 1940. Their wedding had made Guinness Book of Records for being the most expensive wedding in history. 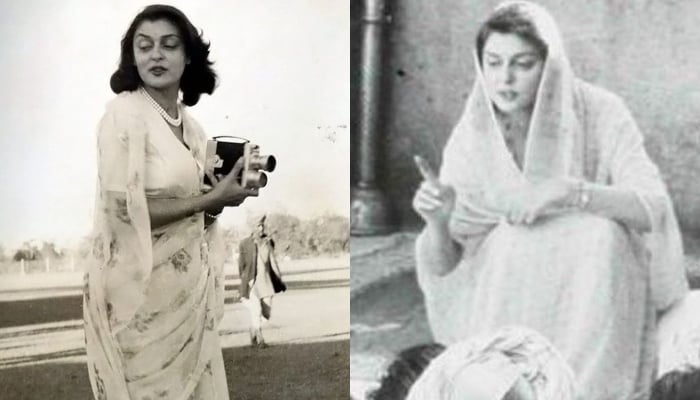 Every love story has its own share of ups and downs, and Maharani Gayatri Devi's love story was no different. She had faced a lot of problems and pressure that came with it. In a book by Lucy Moore, Maharanis, Gayatri Devi had talked about the times when she had first entered Jaipur as a new bride. She had said,

"The nearer we drew to Jaipur, the more terrified and unsure I became. I tried desperately not to show it, but Jai I think understood how I felt. As we entered the station, the servants pulled down the blinds around our carriage and very gently Jai told me to cover my face."

However, the first thing Maharani Gayatri Devi did was to lift off the veil system. She had told her husband, Maharaja Sawai Man Singh II that she will not live in a veil. In an interview with Simi Grewal, Gayatri Devi had revealed that she had promised her husband that if she had opened a girls' school, she would remove the curtain system within 10 years. After this Maharani Gayatri Devi School was established and Rajput girls studying there were taught that it is not right to veil. In her interview, Gayatri Devi had said that later on these girls did very big things and had tried to end the veil system. After Living Happily Ever After, Death Became The Villain 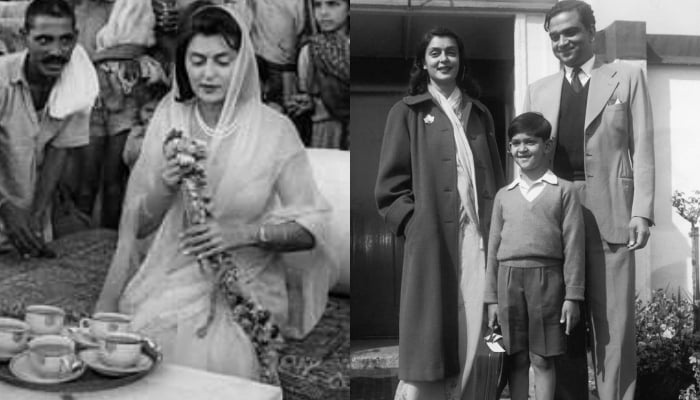 Every couple dreams about growing old together. And that's how Maharani Gayatri Devi's beautiful love story with Maharaja Sawai Man Singh II had ended. In the year 1970, Maharaja Man Singh had died while playing polo in the United Kingdom as he had always dreamt of. Their only child, a son, Jagat Singh, had married a Thai princess. However, he had gotten into drugs and alcohol and had lost his life in the '90s. In the year 2009, Gayatri Devi had breathed her last and had left for her heavenly abode!

In the pages of Indian history, Maharani Gayatri Devi and Maharaja Sawai Man Singh's love story is still considered the best. And the nooks and corners of Jaipur still hail their King and Queen and their contribution into their lives!

A Differently-Abled Couple's 'Shaadi' Story Proves Love Is For All, The Bride Dances Her Heart Out