In a recent interview, Madhuri Dixit opened up about her guarded childhood days by her parents and how she had started taking decisions after she had got married and moved to the US.

Madhuri Dixit is known for her stellar performances and glamourous acting skills. She had made her debut in Bollywood with her film, Abodh. Since then, the gorgeous actress had given box office hits one after the other. Apart from her acting and dancing, she is also admired for her smile, poise, and humble attitude. In a recent interview, she opened up about her childhood days and how she grew up.

The dhak dhak girl of Bollywood has won six Filmfare awards and the Padma Shri award. There is no doubt that Madhuri Dixit has created her brand in the Indian film fraternity. For the unversed, on October 17, 1999, Madhuri had tied the knot with a cardiovascular surgeon, Dr Shriram Madhav Nene from Los Angeles, California. Together they are blessed with two sons, Arin Nene and Ryan Nene.

Film, 'Dil To Pagal Hai' Marks 24 Years, These Lesser Known Facts About It Will Make You Nostalgic 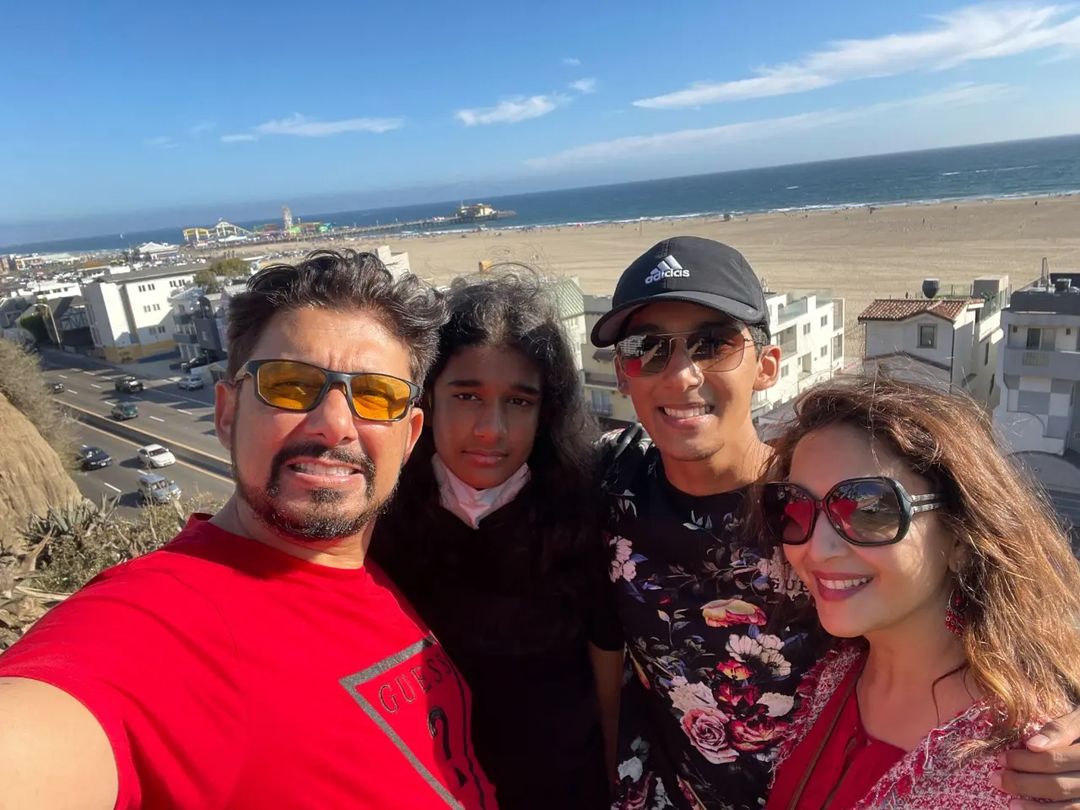 On February 25, 2022, Madhuri Dixit's latest web series, The Fame Game, got released on the OTT platform, Netflix. She is playing the role of a Bollywood star, 'Anamika', who shows both sides of a coin of a star's life, like on one side playing with stardom on the other dealing with family. In an interview with the Harper Bazaar, she opened up about her highly protected childhood due to her parents and how she started making decisions only after her marriage. She revealed:

"I grew up in a very protected environment… My parents used to always accompany me, even when I was working. But once I got married, I began making decisions by myself. I learnt a lot about life because living in the US. When I was in India, there would always be around 20 people fussing over me at all times, but there I was very independent." Further in the conversation, Madhuri added that those experiences she had gathered while doing her chores and raising her kids had helped her portray the role. She also mentioned that she was helped by her mother and mother-in-law, whenever she needed, but she has become mature and learnt a lot. She explained:

"I had to do things on my own, bring up my kids—of course, my mom and mom-in-law would come and help me out whenever I needed. But as you grow older, you mature and learn a lot, and grow as a person with your experiences. Today, I use those experiences when I'm essaying a role."

Next Read: Luv Ranjan And Alisha Vaid Look Adorable In The FIRST Picture From Their Intimate Wedding In Agra 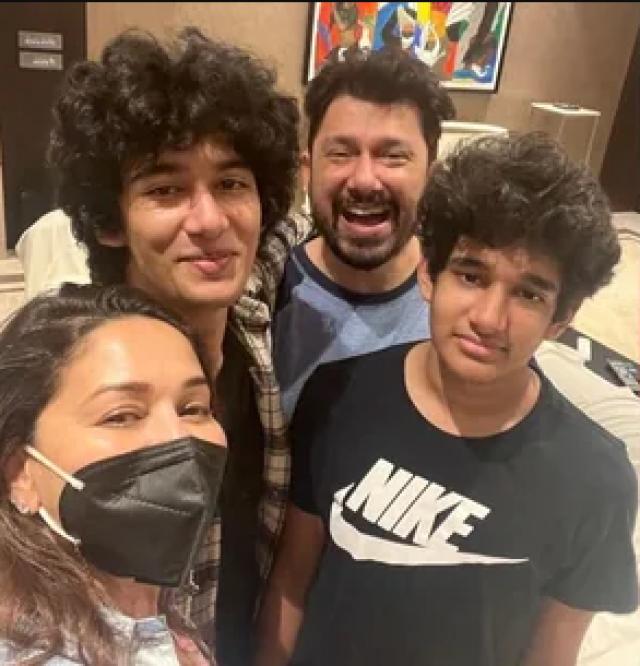 In a recent interview with the ETimes, Madhuri was asked specific details about her acting career and also how she manages it with her personal life. She was asked about taking a break in her acting career. Answering this, Madhuri wittily had mentioned that 'getting married and having kids' was also her dream, so she had chosen that. She had said:

"It felt good. Because I chose to go away. I chose to get married. I chose to have kids. I did what I wanted to do. We all have our own dreams and having a family and all that was a big part of me. I love kids. I wanted to have kids. So that was a big part of my dream and I was living my dream. I just met the right person, and I thought this is a person I want to get married to and I got married. I just have lived life on my terms." In the same interview, she was also asked how stardom had affected her personal life. Answering this, she had explained that she takes acting as a profession, and when she returns home after work, she is a normal person. She had also mentioned her mother, Snehlata Dixit's role in her life and how this had helped her never get affected by stardom. She had revealed:

"I look at it as a profession. When I go in front of the camera, I'm a professional actress. And I know what I'm doing. I've read a script, and I'm reading it and I'm playing that character. I become that character for the camera, but once I go back home, I am a normal person, because that's the way I've been brought up. I mean, even when I was working in films, my mom used to scold me if my room was messed up and things like that. So that's how I was brought up. And that's how I am. When I go home, everything is back in the studio. I see my kids and I see my husband and it's just a different life. I never really lost myself." 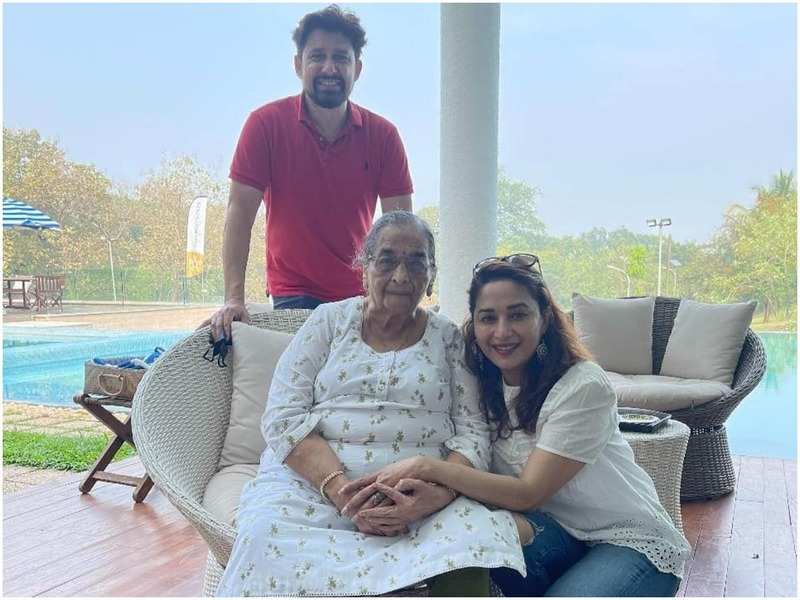 We are obsessed with Madhuri Dixit's humble attitude even after getting so much stardom.

Next Read: Rahul Mahajan Opens Up On His Age Gap Of Eighteen Years With Wife, Natalya IIina 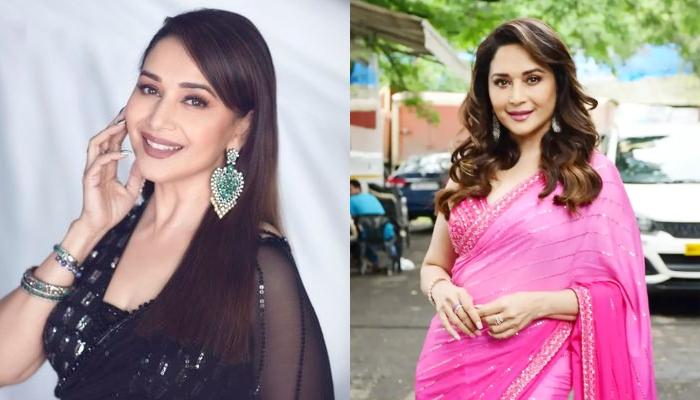 Bollywood actress, Madhuri Dixit is one of the most popular stars in Tinseltown, and she is admired by millions of fans. She was hailed as the 'Madhubala' of her time, and her on-screen presence was enough to make anyone go weak on the knees. The gorgeousness has been ruling the