Celeb weddings are happening one after the other, and just when we start drooling over their wedding pictures, there drops in another soon-to-get hitched celeb couple. Recently, many television celebrities like Kapil Sharma, Rohit Purohit, among others got hitched. And the newest addition in the list is the 28-year-old television actress, Lovey Sasan. (Suggested Read: Anshula Kapoor Answers Who Is A Better Actor Between Bhaiya Arjun Kapoor And Didi Sonam Kapoor)

Saath Nibhaana Saathiya actress, Lovey Sasan got married to a guy named Koushik on February 10, 2019. On their D-day, Lovey and Koushik twinned in peach outfits and looked like million dollars. Take a look: And now, Lovey and Koushik are enjoying their honeymoon in the exotic islands of the Maldives where they also ringed in their Valentine's Day recently. Lovey has been sharing the pictures from her honeymoon on her Instagram handle and we can't help but feel jealous of them. So, without further delay, let's take you through Lovey Sasan and Koushik's honeymoon pictures. Sharing the following pic from their honeymoon on the Valentine's Day, Lovey beautifully captioned it as, "You make the small moments special. life’s not always going to be full of heart-throbbing thrills and non-stop adventure, but when it slows down, I know I can sit with you, talk with you or hold your hand and still feel like I’m going 1000 miles an hour. #happyvalentinesdaylove #K&L." 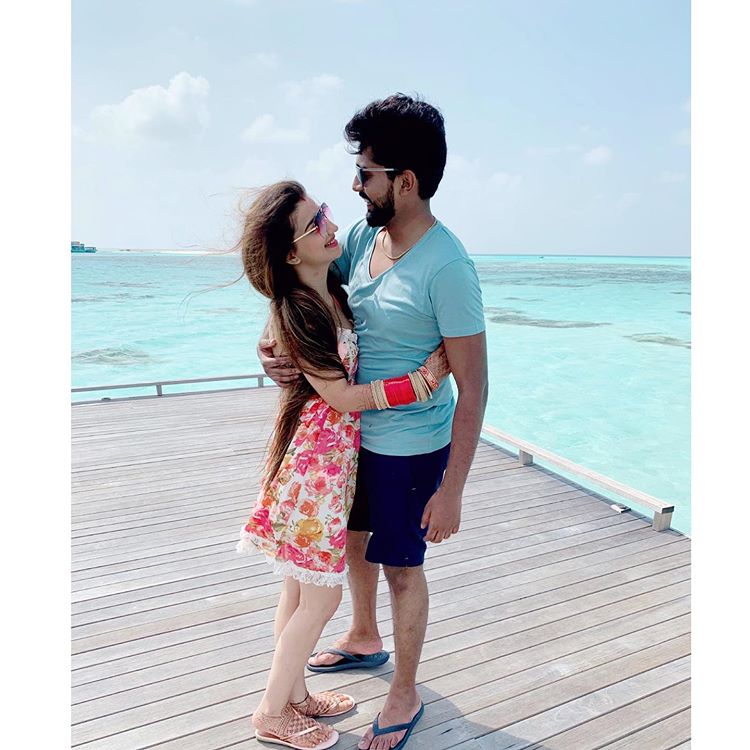 Somewhere between Heaven and Earth: 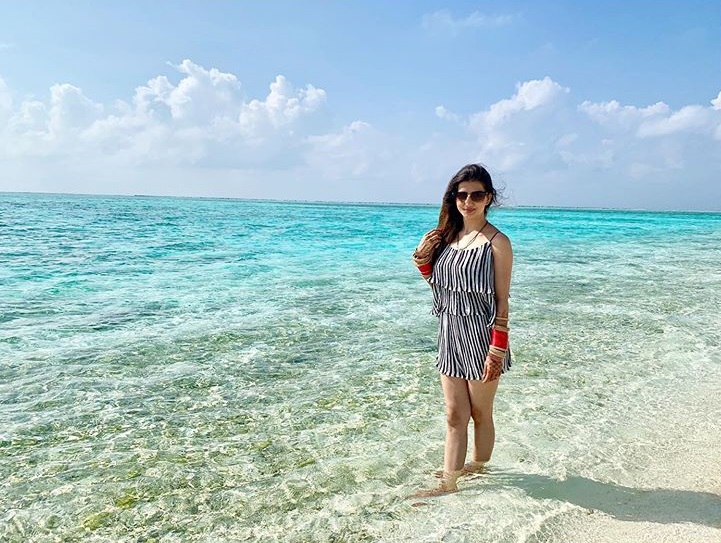 And that’s my happy picture: 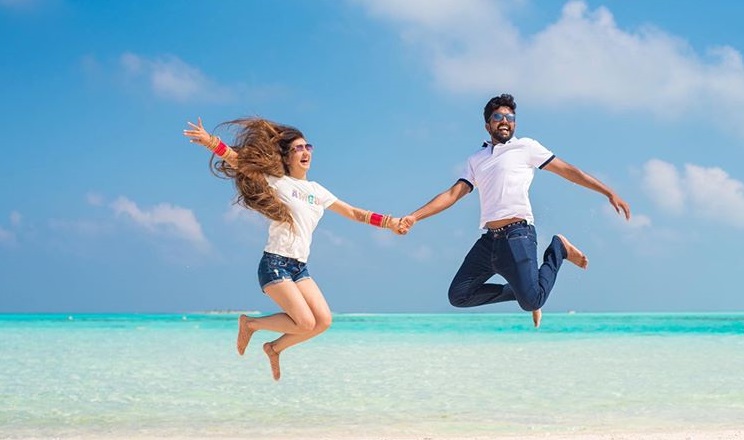 To the person who always got my back, much love: It’s all worth it because I have you: 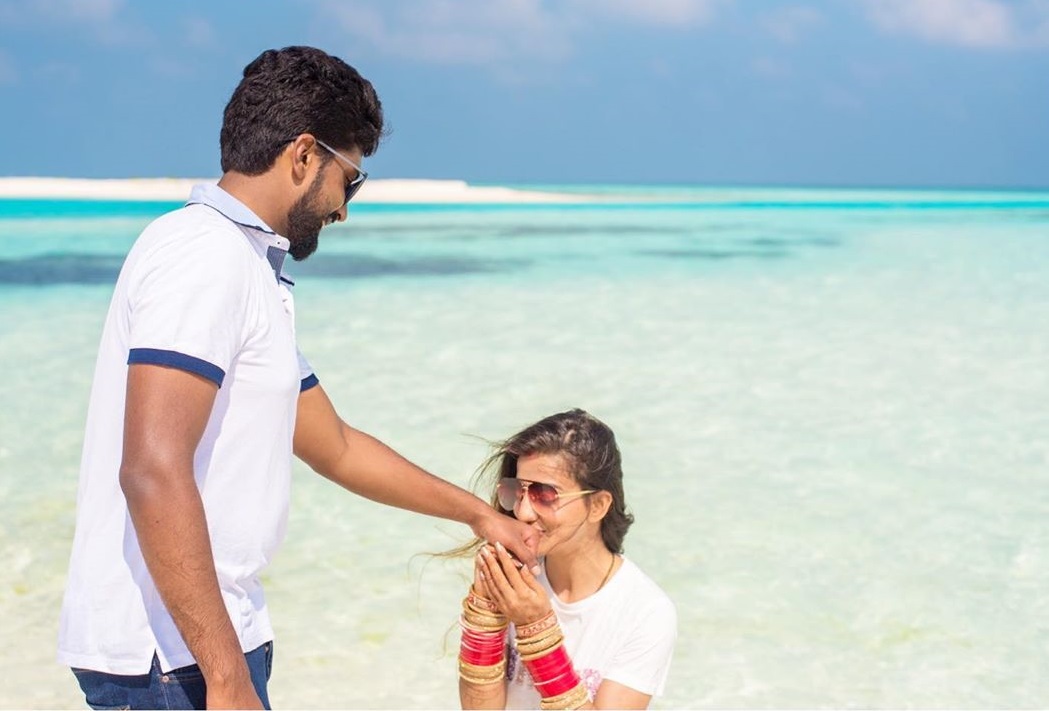 Grateful and happy as can be: 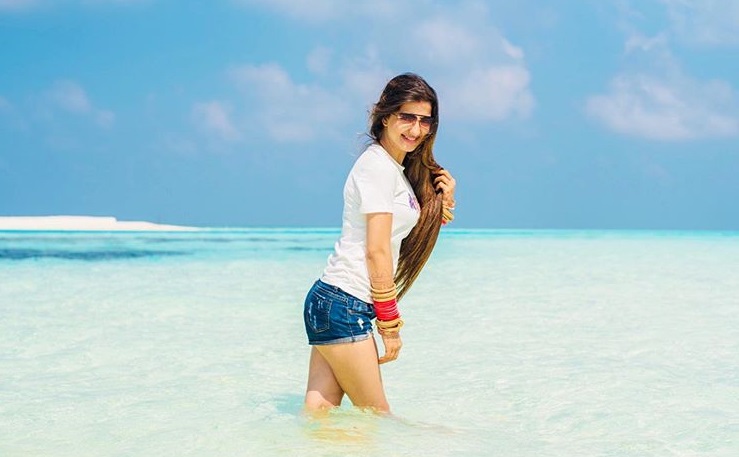 Lovey and Koushik's honeymoon pics are amazing, aren't they? About her wedding, Lovey had earlier shared, “We will have two weddings — a Punjabi shaadi in Amritsar and a South Indian ceremony in Bengaluru. We were planning a destination wedding in Italy, but since my grandparents do not have passports, we decided to change the venue.” (You May Like: Kareena Kapoor Khan Reveals The Most Annoying Habit Of Her Husband, Saif Ali Khan, Video Inside) 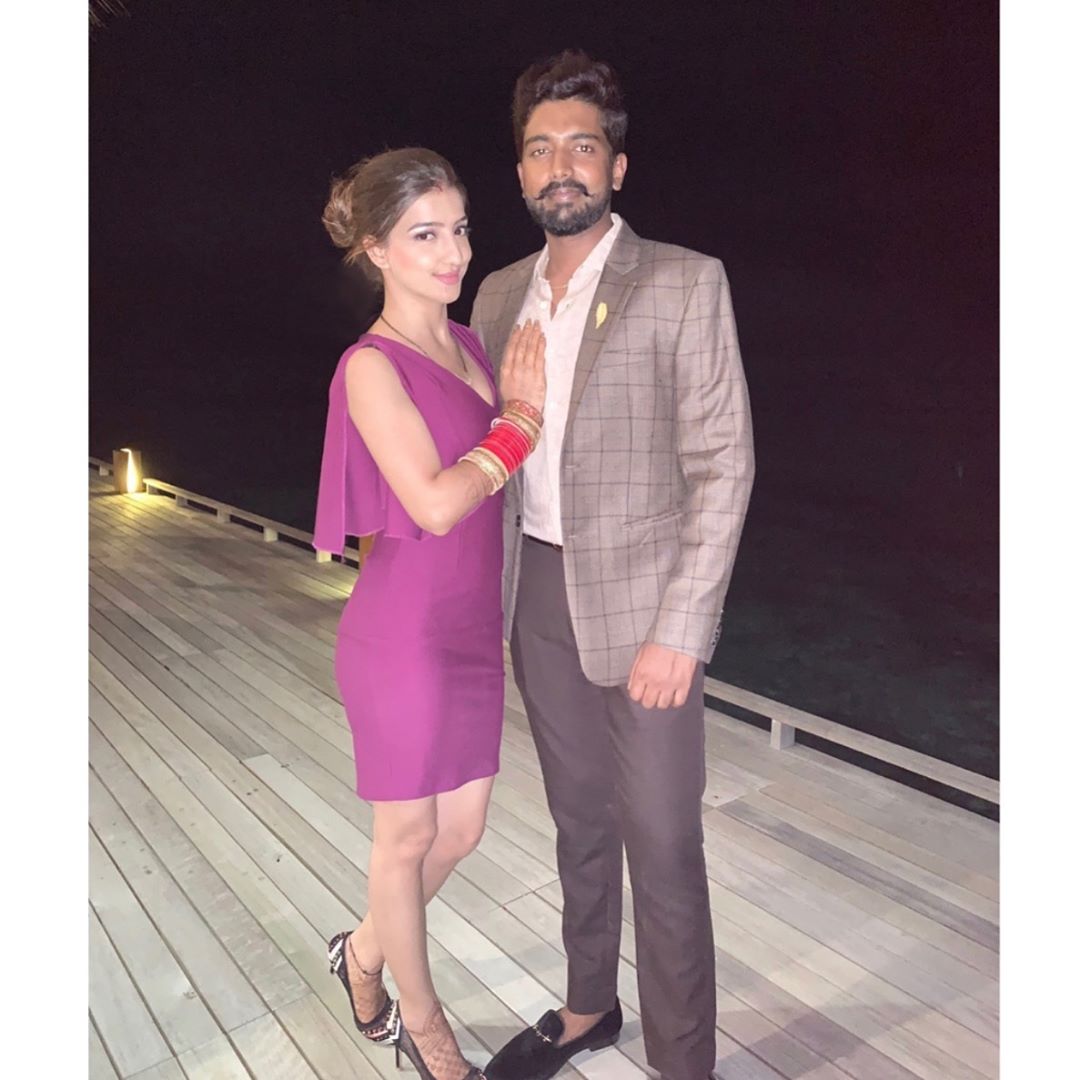 Lovey had further added, “My family is from Jammu and we wanted a typical Punjabi wedding. Since wedding ceremonies are not allowed in the Golden Temple in Amritsar, we decided to get married outside and then visit the temple for blessings. I feel that it’s an ideal way to start our new life. The wedding will be held on February 10. We will then go to Bengaluru for the South Indian ceremony.” 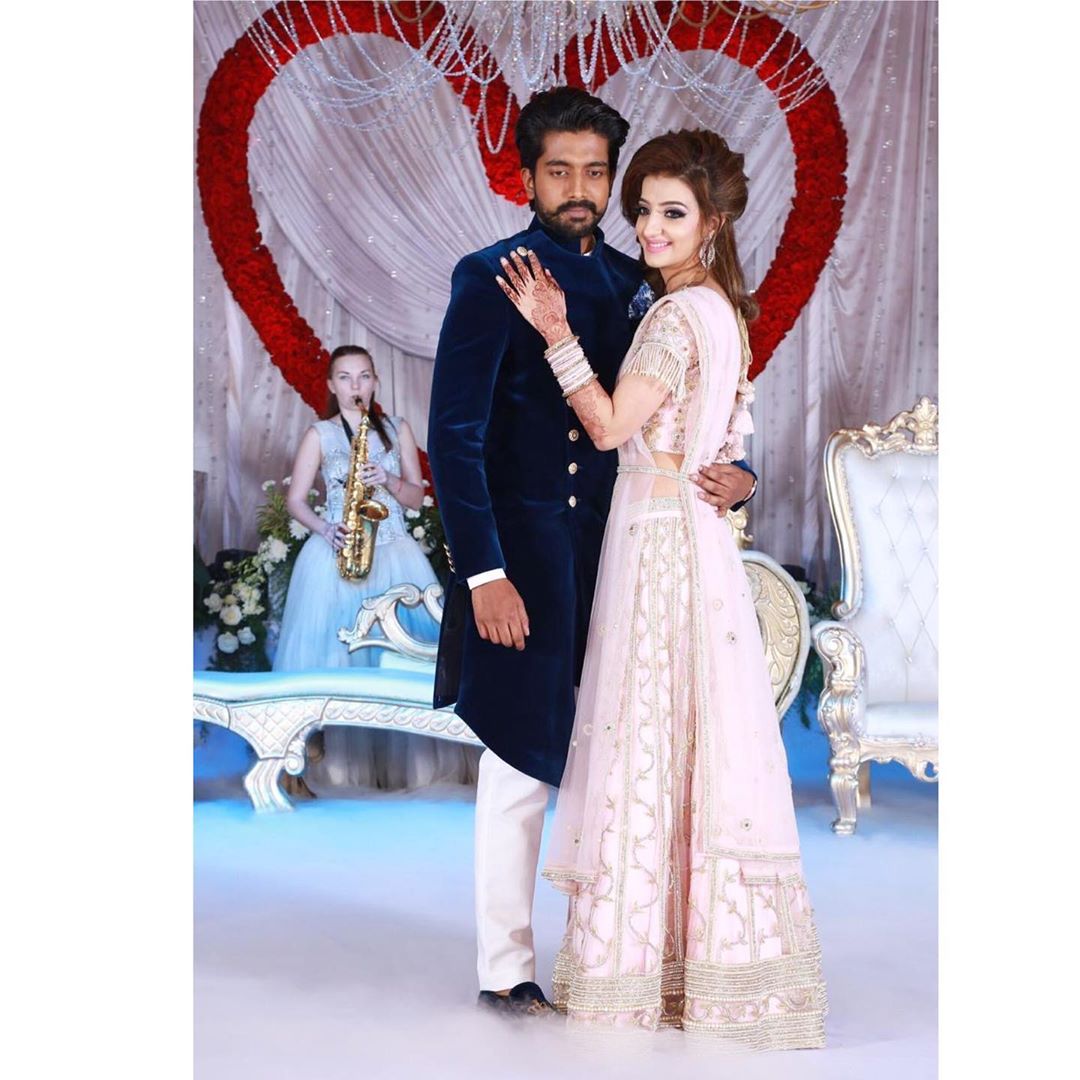 The Bade Achhe Lagte Hain star recently shared with a media portal about her two engagements with Koushik and had stated, “Yes, last night (March 8, 2018) we did exchange rings after a small pooja according to South Indian rituals. It's a tradition in my in-law's house to celebrate anything auspicious in the ashram first.” Further speaking about a similar ritual held a day later, she had then shared, “This morning (March 9, 2018), our roka happened in a Gurudwara. Tonight, we will host a big function at Bangalore Palace, where we will officially exchange rings." Earlier she had said, "Both Koushik and I believe that we are blessed to celebrate this special day with those less fortunate. Since I am a Punjabi, my family has also planned a ceremony at a Gurudwara later in the day." 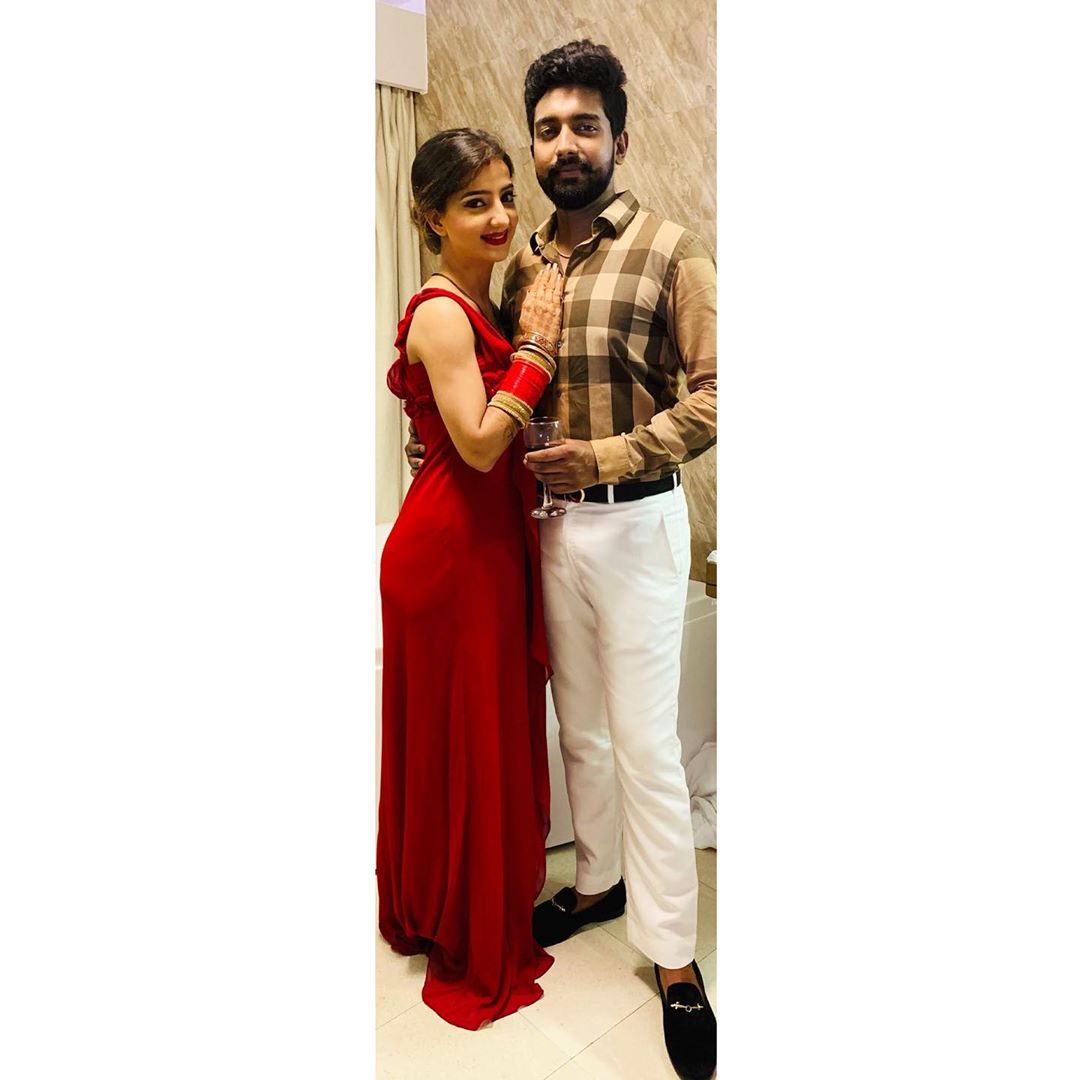 Is it an arranged or love marriage? Lovey herself shared in an interview, “It is sort of an arranged-cum-love match. My bhabhi introduced me to Koushik on a common WhatsApp group as she thought he was a perfect match for me." She had further added, “He is a positive and sensible guy. I also get to learn so much from him. Our relationship is growing stronger with every passing day and I feel blessed to have him in my life.” 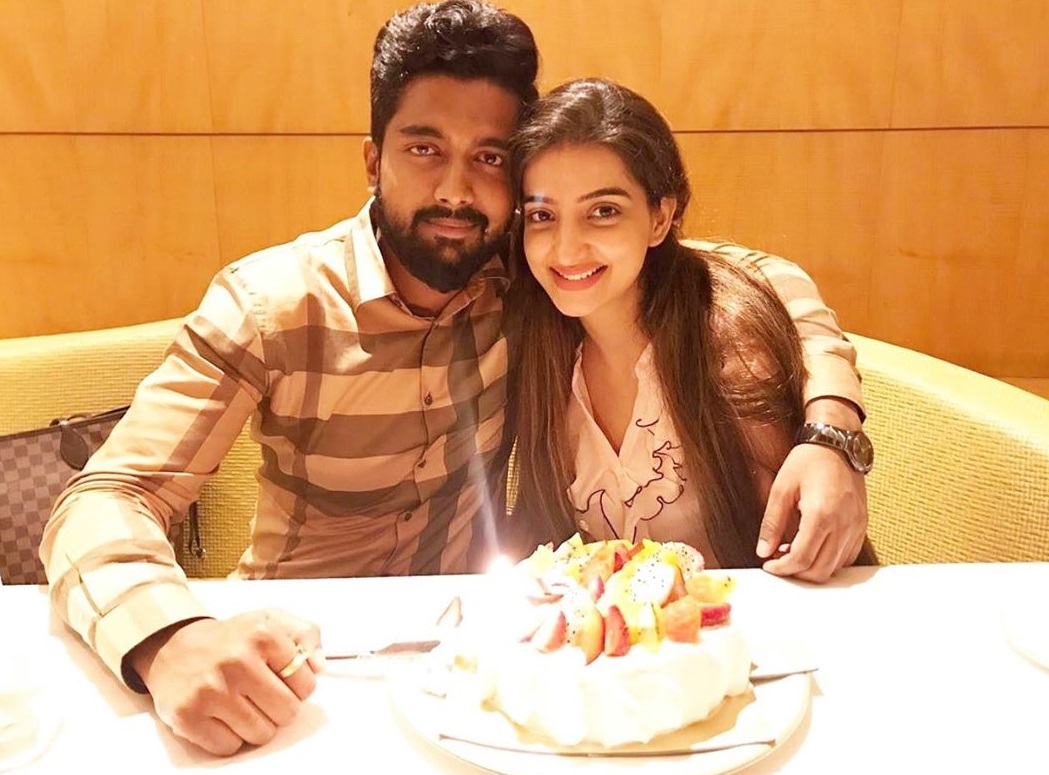 Lovey's now-hubby, Koushik had no idea earlier about Lovey's profession. Revealing about the same, the Kya Huaa Tera Vaada actress had shared with a tabloid, “He learnt I was an actor only after he looked me up on the internet. He then started watching my show and is now a fan." Does Lovey plan to continue working after her marriage? The actress had answered recently, “I plan to continue working after marriage. My future in-laws are progressive and love to watch me on screen. However, apart from acting, I also plan to explore other avenues in the entertainment business." However, in a recent interview, about work, travel and marriage, she had shared, “After Saathiya, I wasn’t getting anything interesting. Now, when I am getting good offers, I have become busy with my trousseau shopping. Even if I am settled in Bengaluru, I will keep coming to Mumbai for work.” (Must Read: Divya Agarwal And Varun Sood Seek Blessings At Golden Temple In Amritsar)

How did you like Lovey Sasan and Koushik honeymoon pictures?