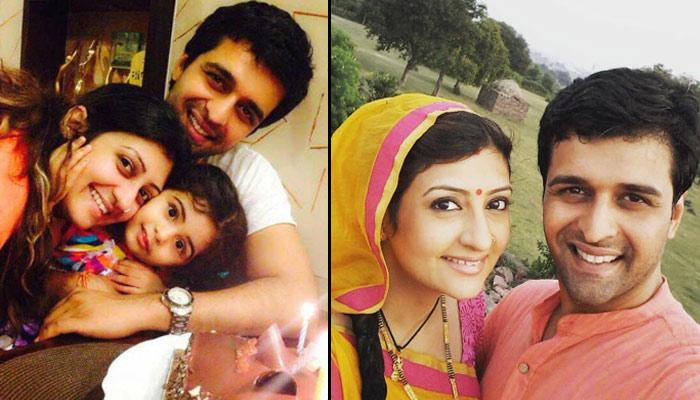 At a time when saas-bahu sagas ruled the prime time television shows, a fresh, innocent, talented and beautiful Kumkum stole everyone’s heart. The girl was none other than Juhi Parmar and her show is still regarded as one of the top 10 shows of Star Plus. She was also the winner of the popular reality show Bigg Boss season 5 and has a huge fan following. 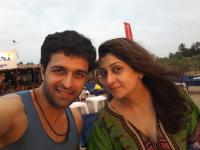 Married to Sachin Shroff, a handsome businessman, television actor and great dancer, Juhi is a content woman living her life happily surrounded by the people she loves. But, how did she find this happiness? What was special about this real life love story? Let’s find out all this and more below.

Destined to be together 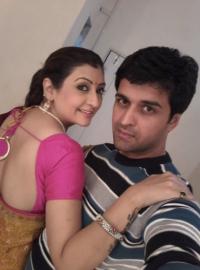 When Sachin met Juhi for the first time nothing extraordinary happened, sparks didn’t fly, there was no music in the background. It was just two co-stars who came together to shoot for a TV show that didn’t even go on air. They exchanged numbers and a couple of texts followed in the years before their courtship period. 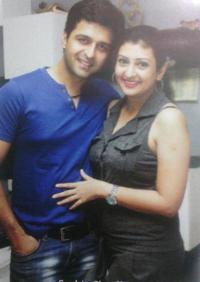 Once even when they thought of getting together, things didn’t start off on the right note. And, they ended up not speaking to each other at all for one whole year. Here’s what happened in Juhi’s own words:

“We planned to meet for a movie. So we were to watch Jab We Met together. I hate to be late for films. Like one would read a book from cover to cover, I like to watch a film from credits to the end. And Sachin was late. I was so annoyed that I left his ticket with the security and went inside. When he finally made it and was seated next to me, we watched the entire movie in pin-drop silence.”

You May Like: Suyyash And Kishwer Announce Their Wedding Date In The Most Adorable Way 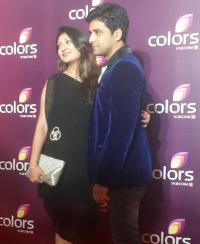 “After the movie, he dropped me home and we didn’t speak a word while he drove. On my side, I was seething. First, he was late, and second, he didn’t inform me earlier. On his part, he was upset that it wasn’t a nice gesture for me to leave the ticket with the security.” During the five to six years that they knew each other, they were completely unaware of the love blossoming between them. As Juhi said, when Sachin asked her to meet him after a year of this incident, she met him without any hesitation. And when he asked her about their future together, it just hit her hard that they were already in love with each other.

“After a year, I got a call from Sachin. He had one of the hoardings of the dance reality show I was participating in – Saas Vs Bahu for Sahara One – and he said I looked great. The next thing he mentioned was that he wanted to meet me. I didn’t object. When we met, the first thing that he asked was about our future together. It came as a shock. I wasn’t expecting it and probably didn’t know what to say,”

The actress even stated:

“I am not a person who would say yes easily to anything. And for a life-changing decision like this, I was awestruck at the moment. Even though I kept meeting Sachin on and off in the past, I couldn’t say I wanted to know him better, as I already knew him. Neither could I say that I was seeing someone else as I was not. He knew it was a ‘yes’ without hearing it. I knew it was a ‘yes’ without saying it.”

For a couple deeply in love what could be better than getting married in the most super-romantic month of the year. The month of February is quite special to Sachin and Juhi as they got engaged on the day celebrated as Valentine’s Day and took the nuptial vows the day after on 15th. When asked in an interview about their choice of the dates, Juhi happily replies:

“My husband wanted to be married on Feb 14, so he could get away by giving only one gift!”

Do Check Out: 3 Major Mistakes Men Make When Approaching Women For A Date 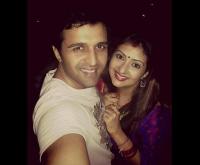 Well, whatever the reason, it certainly makes their wedding date special, just like their wedding day. While exchanging garlands, Sachin even planted a peck on Juhi’s cheek. The lovely couple had a royal wedding, something that they had dreamed of, in one of the most beautiful palaces of Jaipur. Their wedding is even listed as one of the top 50 royal weddings in Jaipur. 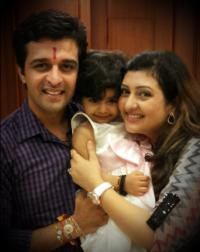 Samairra, the beautiful baby girl now completes the family of this beautiful couple. Their entire life revolves around her, and Juhi despite being such a talented actor, stayed away from the small screen for a long time. But, now that her little girl is going to school, she is back on screen with the serial - Shani.

A few years ago there was rumour about trouble in Sachin and Juhi’s relationship, but Sachin waved off the doubts with a clear statement that showed how much he loves his wife. 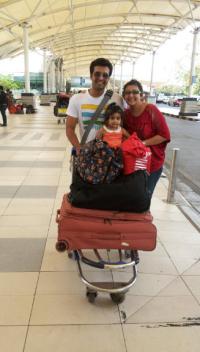 Recommended Read: 14 Traits Every Mature And Everlasting Couples Have In Common

Juhi has often been criticised of her hot-tempered and dominant nature. And many even speculated that the marriage wouldn’t last long. However, time has proved that their relationship is pretty strong. We wish them all the luck for their future!