Unknown facts about the veteran actor, Vikram Gokhale, who was the gem of the theatre and film world.

Thespian, Vikram Gokhale was known for his tremendous contribution to Hindi as well as Marathi cinema. He had created a niche with his acting prowess by working in films, television, and theatre as well. The veteran actor played pivotal roles in shows like Indradhanush, Virrudh, Sanjivani, Alpviram and many more.

Talking about his film career, the actor was popularly remembered for playing the role of Aishwarya Rai’s father, ‘Pundit Darbar’ in the popular film, Hum Dil De Chuke Sanam. The veteran actor made his directorial debut in 2010 with the Marathi film, Aaghaat.

Also Read: Lesser-Known Facts About Deepti Naval: Losing Her Love To Cancer To Not Getting Roles After Marriage There are many achievements and controversies related to Vikram Gokhale, who earned more brickbats than bouquets in his life. Let us look at some unknown facts about him. Vikram Gokhale, who was born in Poona, was the son of the veteran Marathi film and stage actor, Chandrakant Gokhale. His father had acted in over 70 Marathi as well as Hindi films. Vikram Gokhale’s great-grandmother, Durgabai Kamat was the first female actor on the Indian screen, while his grandmother, Kamlabai Gokhale was the first female child actor in Indian cinema. Vikram Gokhale is the brother of actor Mohan Gokhale, who was a famous film, television and theatre actor. Mohan Gokhale died at the age of 45, while he was shooting for Kamal Hassan’s film, Hey Ram. 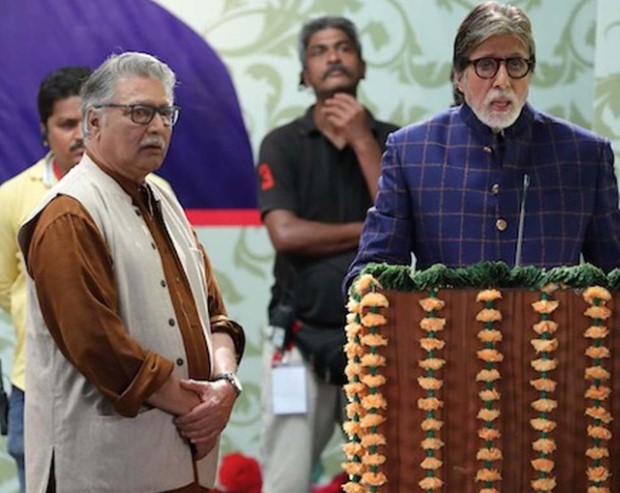 Vikram Gokhale shared a special bond with actor, Amitabh Bachchan. When Vikram was struggling to make a mark in the initial days of his career in Mumbai, it was Amitabh Bachchan, who helped him to get a home. Recalling his friendship of over 55 years with the Shahenshah of Bollywood, Amitabh Bachchan, Vikram once shared with the Times of India:

“I went through a lot of struggle when I entered this Industry. I was going through a huge financial crunch and was looking for shelter in Mumbai. When Amitabh Bachchan came to know about this, he personally wrote a letter to Manohar Joshi, who was a Chief Minister of Maharashtra during 1995-99. And I got a house from the government only because of his recommendation. I still have that letter with me which I have framed it."

Recommended Read: List Of Famous Child Actors, Who Failed To Make It Big In Bollywood Despite Having So Much Success 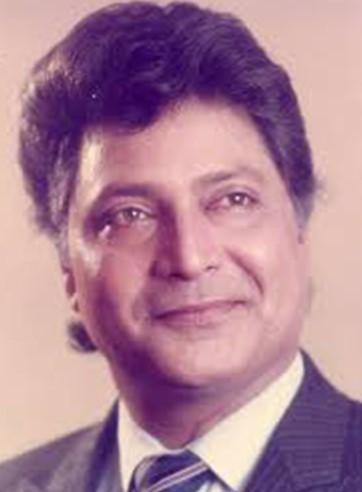 It was in the 1960s when Vikram Gokhale began his career in theatre and became a very well-known name in the theatre circle. However, in 2016, the actor announced his retirement from stage because of his throat ailment. Talking about Vikram’s career in cinema, the actor made his Bollywood debut in the movie, Parwana at the age of 26. He was later seen in many films like Agneepath, Hum Dil De Chuke Sanam, Mission Mangal, Hichki, Bang Bang, De Dana Dan, and Bhool Bhulaiyaa. 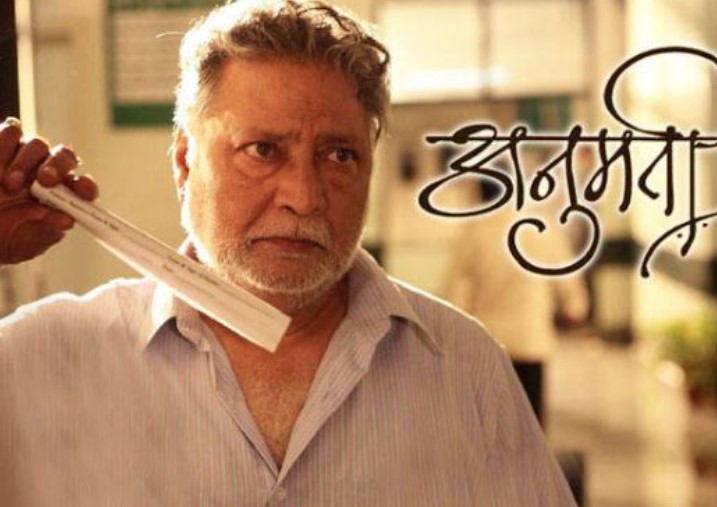 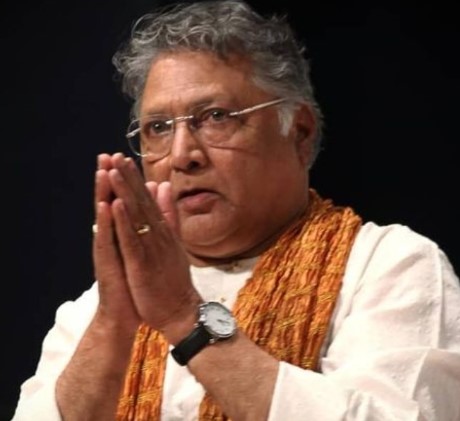 Apart from the National Award, Vikram Gokhale was also honoured at India’s National Academy of Music, Dance, & Drama, Sangeet Natak Akademi in 2011 for his tremendous contribution to theatre. 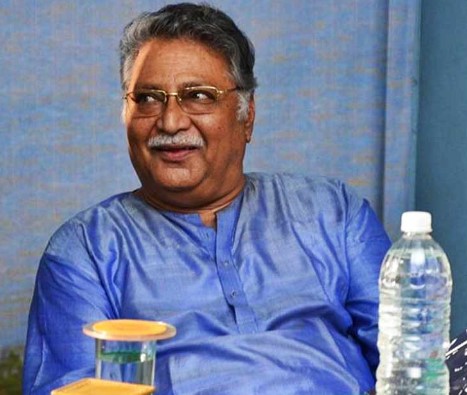 Vikram Gokhale ran his real estate company Sujata Farms in Pune and was also involved in a lot of charitable works. He along with his family ran a charitable organisation which provides aid for disabled soldiers, orphans and other needy kids. 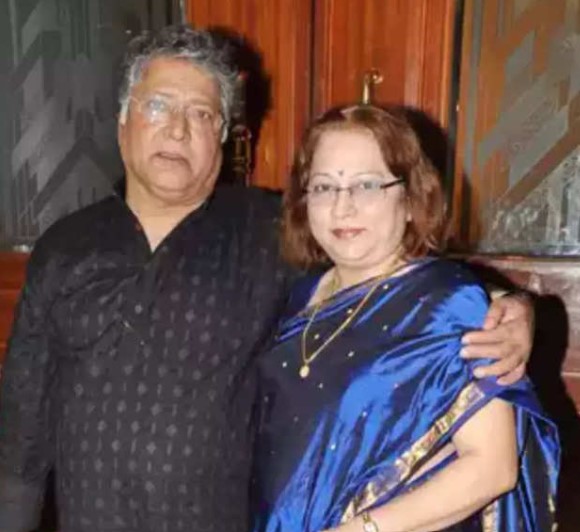 Vikram Gokhale tied the knot with Vrushali Gokhale, and the two were blessed with two daughters, Nisha Kekar Adav and Neha Gokhale Sundriyal. Nisha, who works in Kesari Tours Pvt. Ltd. got married to Rahul Adav. Vikram’s second daughter, Neha too is married and has a son. 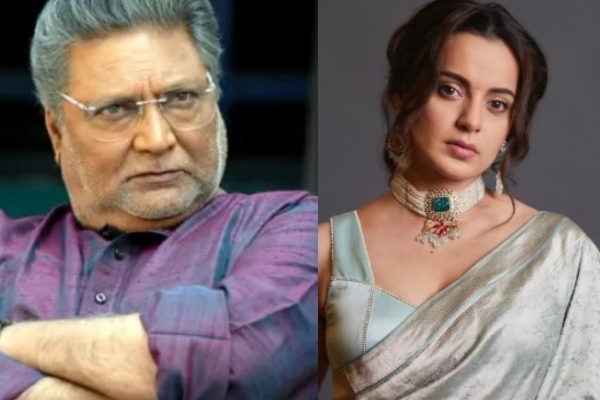 During a summit, Bollywood actress, Kangana Ranaut passed a controversial remark and said that India got bheek in 1947 and attained real freedom in 2014. It was her indirect reference to Narendra Modi being elected as the Prime Minister. Kangana’s statement created a huge controversy, and Vikram Gokhale was one among the rest who supported Kangana.

Also Read: 6 Actresses Who Lost Their Husbands And Became Widow At A Young Age: From Rekha To Mandira Bedi Speaking at a public function in Pune, Vikram Gokhale backed Kangana’s statement and had said: After his remark, Vikram Gokhale was called out for supporting Kangana’s controversial remarks on freedom fighters. Stating that he was targeted unnecessarily, Vikram had said:

“I don’t know Kangana, nor have I worked with her. However, I was unfairly targeted after I supported her statement. Let me make it clear, I have said nothing about the freedom fighters.” 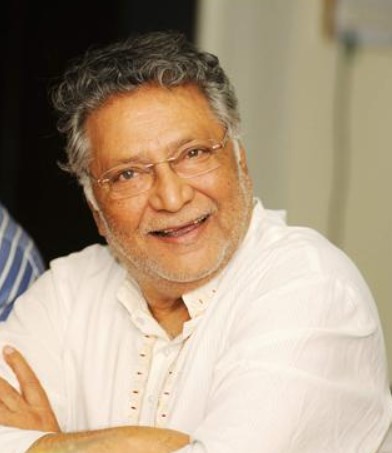 On November 5, 2022, Vikram Gokhale was admitted to Deenanath Mangeshkar Hospital due to his deteriorating health. On November 24, 2022, there were reports of the veteran actor’s death, however, his wife, Vrushali refuted all the rumours and stated that he had slipped into a coma and was currently on a ventilator. In an interaction with ETimes, Vrushali had stated:

“He slipped into a coma yesterday afternoon and post that, he has not responded to touch. He is on a ventilator. Doctors will decide tomorrow morning what to do, depending on whether he's improving, sinking or still not responding.” 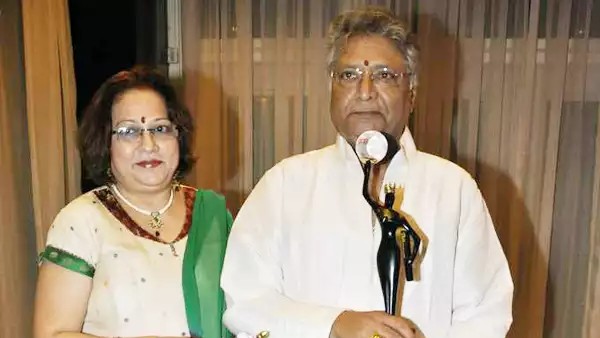 In the same interview, Vrushali also corrected Vikram’s age and said that the actor is 77 and not 82. She further said that Vikram was undergoing treatment for the past 14 days and had a multi-organ failure. In her words:

“He improved a bit but slipped again. He has had a host of issues, like in the heart and kidney. At the moment, he has had a multi-organ failure. Also, my husband is 77 and not 82 as being reported. My daughter from San Fransico has arrived. The other one has been right here in Pune, she lives in Mumbai." 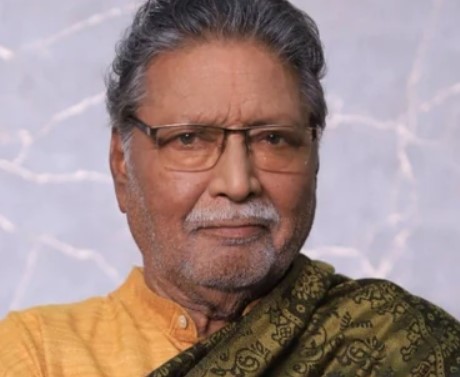 Vikram Gokhale’s daughter talked about her father’s health and refuted the rumours of his death. Speaking to the Indian Express, she stated:

“He is still critical and on life support and has not passed yet. Keep praying for him.” 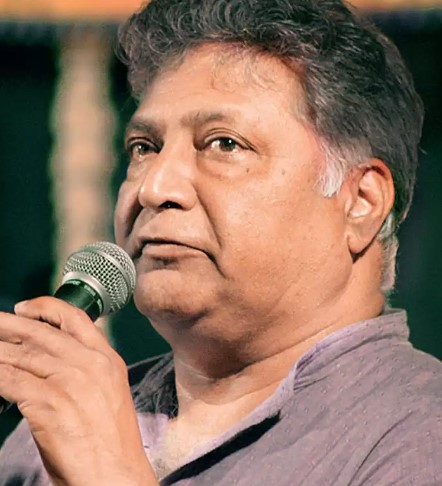 On November 26, 2022, Vikram Gokhale breathed his last at the age of 77 at the Deenanath Mangeshkar Hospital in Pune. As per a statement released by the hospital, the actor had shown improvement for some time, but his condition started deteriorating on the morning of November 26, 2022, and he was again put on a ventilator. After a long fight, the actor bid adieu to the world.

The thespian of Hindi and Marathi films, Vikram Gokhale was known for his trailblazing roles and his immense contribution to the world of cinema and theatre. 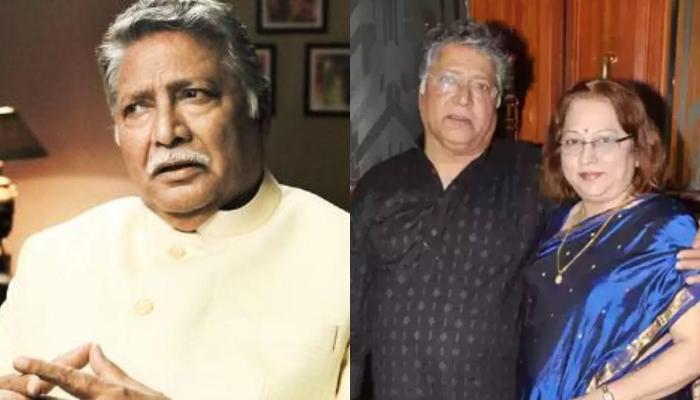 The saddening news of veteran actor, Vikram Gokhale's demise has taken the entire nation by shock. While the entire nation was mourning the actor's loss, his wife, Vrushali Gokhale refuted the claims of her husband's demise and shared that the actor is still in critical condition. Meanwhile, many Bollywood celebrities