Late legendary actor, Farooq Shaikh, once revealed the reason behind his big decision not to become a lawyer like his father, Mustafa Shaikh, and an actor instead. Find out!

There's no argument in saying that late legendary actor, Farooq Shaikh was and will always be remembered as one of the most important names in igniting the New Indian Cinema in our country. He had worked with legends like Satyajit Ray, Muzaffar Ali, Ketan Mehta, Sai Paranjpye, Hrishikesh Mukherjee, and the list goes on. It was between 1987 to 2002, when he was one of the leading faces of the television industry in India as it was his shows like Shrikant, Chamatkar, Jeena Isi Ka Naam Hai had made him a household name.

Late Actress, Vidya Sinha's Love Life: Marrying Her Neighbour To Being Abused By Her Second Husband

The actor had already made his debut in Indian cinema with the film, Garam Hava alongside Balraj Sahni in 1973. But his stars had shined the brightest when he had worked with Smita Patil and Naseeruddin Shah in Bazaar in 1982. After which, he had formed a tremendous on-screen pairing with one of the finest actresses of all-time, Deepti Naval and the rest is history. In 2010, Farooq Shaikh had won the National Award For Best Supporting Actor for his incredible performance in the film, Lahore, in which he had portrayed the character of a coach named S K Rao. After three years, in 2013, Farooq saab had portrayed the character of Ranbir Kapoor's character, Bunny's father in Ayan Mukerji's blockbuster film, Yeh Jawani Hai Deewani which had engraved his status as the 'dream dad' for every youngster across the country. It is impossible to forget his iconic conversation with Bunny (Ranbir) in the film in which he made him realise the importance of a family without shackling him under the name of love, still holds a prominent place in the hearts of all movie buffs out there. 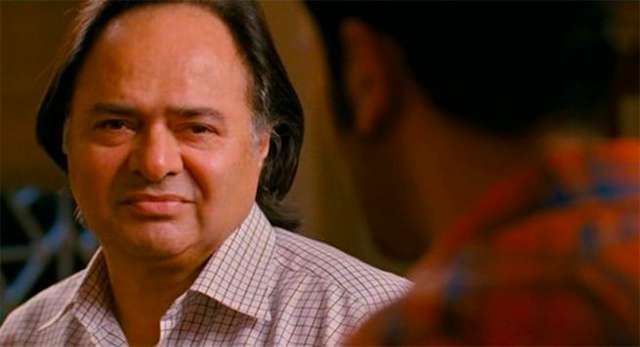 Those lines, "Jaha tumhara jee chahe jaao, jo jee chahe karo, jis tarah se zindagi jeeni hai jiyo. Bss ek baat yaad rakhna zindagi mein chahe jo ho jaaye, kuch bhi, main hamesha tumhare saath hoon" still makes us cry and miss him even more. However, not many people are aware of his personal life and are untouched by the fact that he was a qualified lawyer before becoming an actor. Scroll down to know the whole story behind his huge transition!

Don't Miss: When Vijay Anand's Niece-Turned-Wife Sushma Kohli Had Revealed The Kind Of Lover He Was In Real-Life 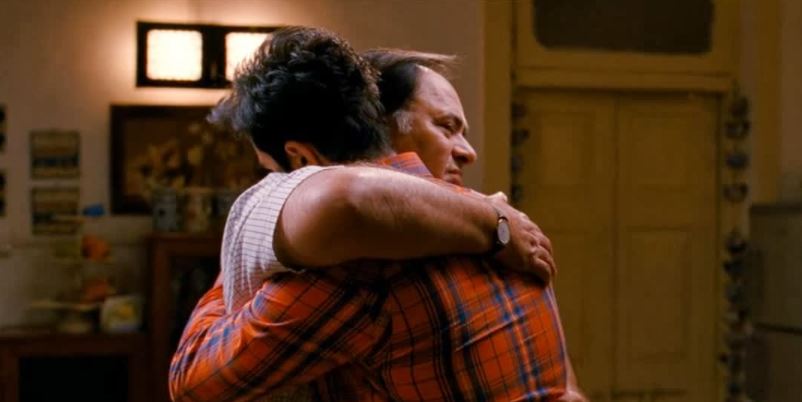 In 1948, Farooq Shaikh was born at Amroli, Gujarat to a zamindari family, to father, Mustafa Shaikh and mother, Farida. While Farooq's mother was a household lady, his father was an established lawyer in Bombay. In an interview with Cinema Sangeet, Farooq had revealed that he had decided to follow his father's footsteps and had enrolled for law at Siddharth College of Law in Mumbai. 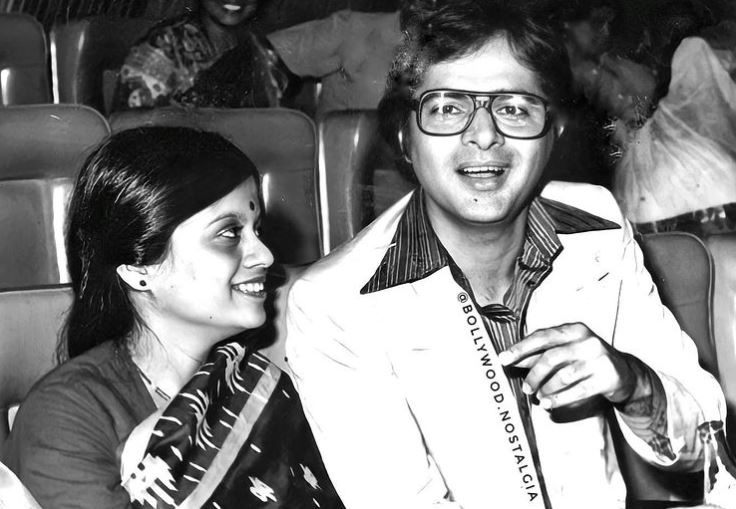 During his ongoing degree, he had become a qualified lawyer. Soon, he had discovered a disheartening ground reality that most of the cases are resolved inside the police stations instead of courts. The ground reality had hit him hard, and he had decided not to continue the profession of a lawyer as he had always thought of doing justice to his work without making any compromises. After which, Farooq had decided to follow his interest in acting during the final year of his law and had joined the Indian People's Theatre Association (IPTA), and the rest is history.

Recommended Read: 20 Popular Bollywood Comedians And Their Lesser-Known Life Partners Who Are Their Inspiration 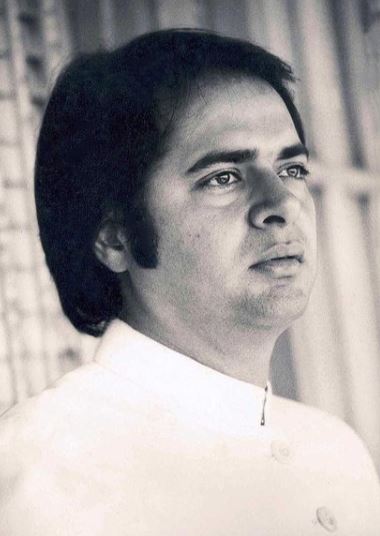 Going further in his interview, Farooq Shaikh had titled his graduation days at St. Xavier's College as the 'best phase of his life', as he had stated that it was the time when he had bunked a lot of classes in order to pursue his passion for theatre. He had said, "My college days were the best phase of my life. I was part of a huge group which bunked classes to chat in the canteen and pursued theatre with a passion." 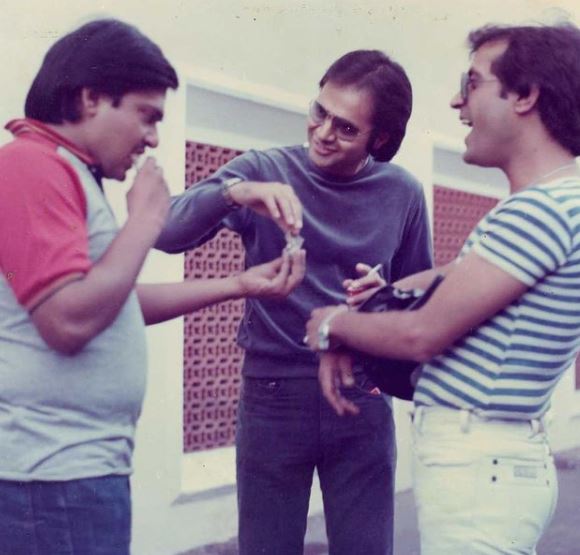 Concluding his statement, the veteran actor had also added that all he and his friends were also concentrated towards their studies and had secured good grades in all their examinations because of which nobody was able to question them. He had concluded, "But, since all of us managed to secure good grades, nobody complained."

You May Like: 12 Bollywood Actresses Who Embraced Motherhood Before They Turned 30 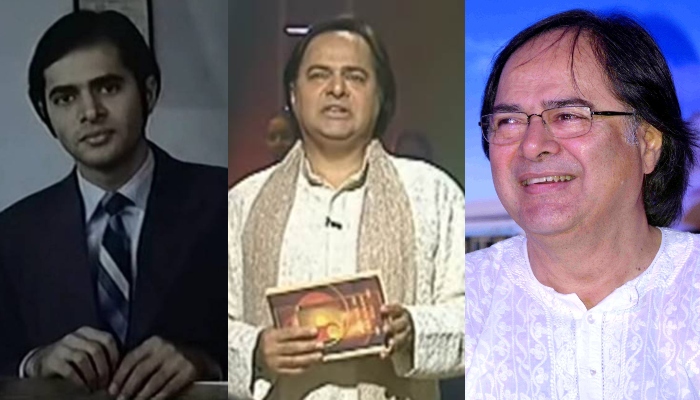 For the uninitiated, five-time National Film Award for Best Actress awardee, Shabana Azmi had studied with Farooq Shaikh at St. Xavier's College, Bombay and had participated in a lot of theatre activities. Once in an interview with Headlines Today, Shabana ji had recalled one of the most memorable incidents of her life with Farooq saab from their college days. 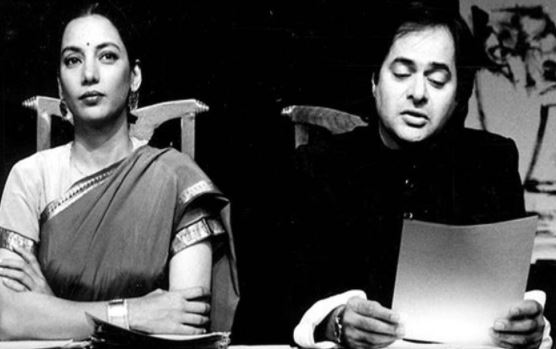 She had said, "We always won the best actor and best actress awards which got us Rs 50 each. Farooq got another Rs 160 for best play. With the prize money, we'd hire an escort cab and travel to Juhu where he'd drop me home, like a raja and rani, since on other days, we took the local train." Sadly, it was on December 28, 2013, when he had died of a heart attack in Dubai and was buried in qabristan near his mother, Fatima ji's grave.

Also Read: The Unfinished Yet Timeless Love Story Of Dev Anand And Suraiya We will always miss you Farooq saab!