Failed marriages, single parenting, and live-in relationships, looks like Kunickaa Sadanand has seen it all and still living her life to the fullest. She is best known for playing an eighteen-year-old mother in the hit television serial, Swabhimaan. Though she played both positive and negative characters, she is remembered for playing Reema Lagoo’s friend, Shanti in the Rajshri films’ blockbuster, Hum Saath-Saath Hain.

Today, she is not only an actress but also an entrepreneur, social activist, motivational speaker and also a single mother. Let’s take a look at her heart-breaking love life and her journey as a strong, independent single mother. Kunickaa comes from a very simple middle-class family, where her father was in the Indian Air Force and she was the eldest one amongst four siblings. Born and brought up in a multi-cultural environment, her father was a South Indian, her mother was a Punjabi-English and her naani was Scottish. 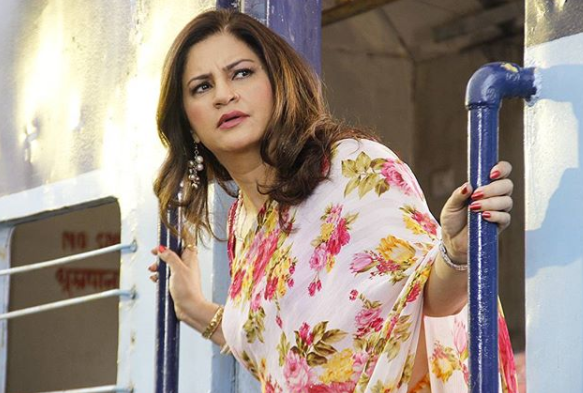 She got married at a very early age and it was a love marriage to a man who was 13 years older to her. She met this Marwari boy at a friend’s place, they clicked, he asked her out on a date and after two months of dating, they got married. She had always dreamt of getting married in a joint family and when her dream became a reality, she wasn’t happy. After having an inter-caste marriage, adjusting in a joint family wasn’t easy for Kunickaa and soon things started turning hay-wire for the actress. After a year of their marriage, their son was born, but a baby also couldn’t save their marriage and after two-and-a-half-years, she had a major fight with her husband and soon after, she walked out of the house with her baby boy. Kunickaa decided to file for a divorce from her husband. Initially, her son was living with her but later, her husband took him away. They had an ugly legal fight for the custody of their son and the battle went on for 8 long years. By then, her son had turned 14 and he only told her that she should give up as amid their fight for his custody, what are they doing to his mental peace. It was then, Kunickaa decided to give up and her son’s custody went to her ex-husband. 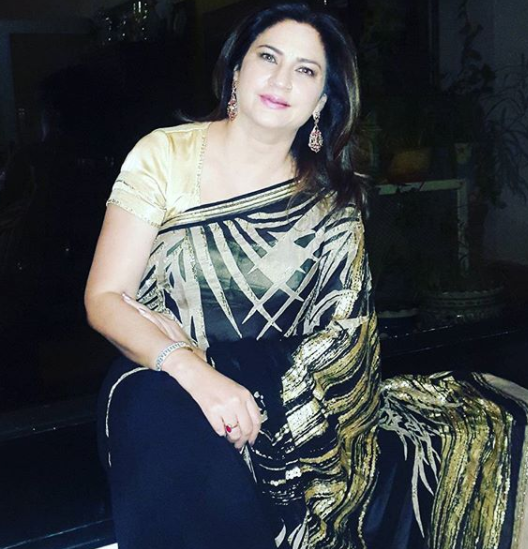 After an early marriage, an ugly separation from husband and losing her son’s custody, Kunickaa didn’t lose faith and decided to start fresh. She started concentrating on her life again and decided to go to Mumbai to start a career in acting. While traveling to Mumbai, she met Asrani and soon, she landed herself a role in Asrani’s wife’s serial, Kashmakash. And from this serial, started her journey into the world of acting. 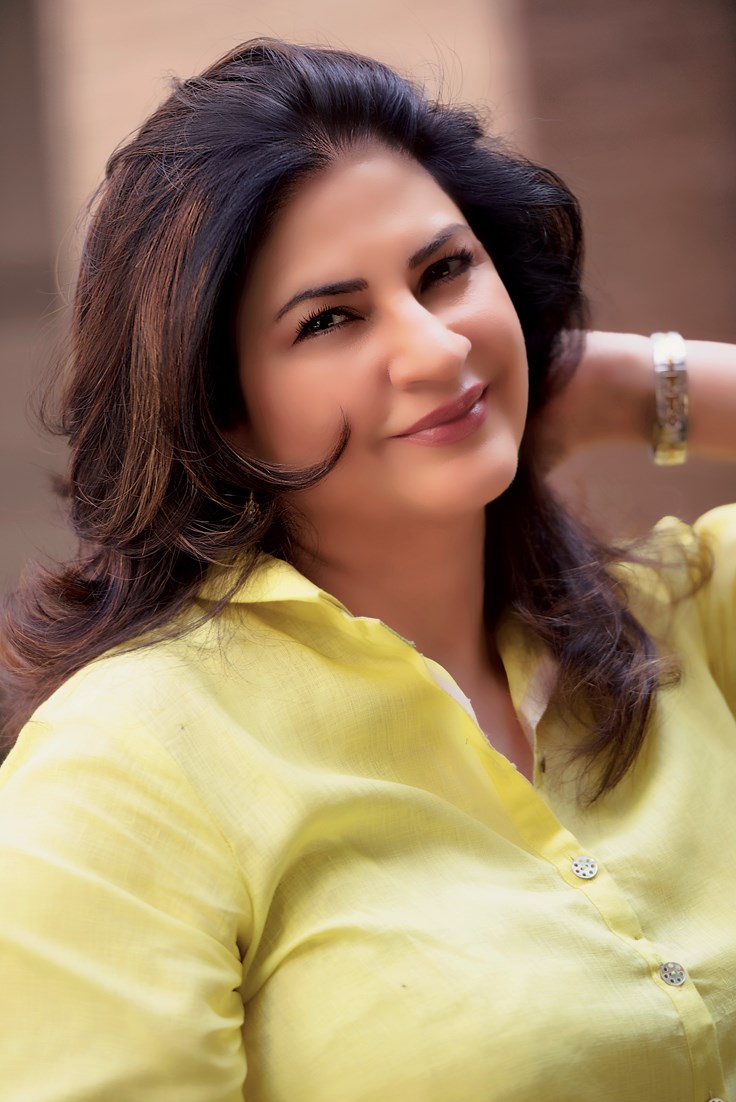 After a failed marriage, Kunickaa decided to give love another chance. She fell in love with a legendary actor’s son and they soon started living-in together. As both were young, their relationship was passionate, adventurous yet unstable. After living in together for quite some time, Kunickaa decided to call it quits as things were not going in a very positive direction. 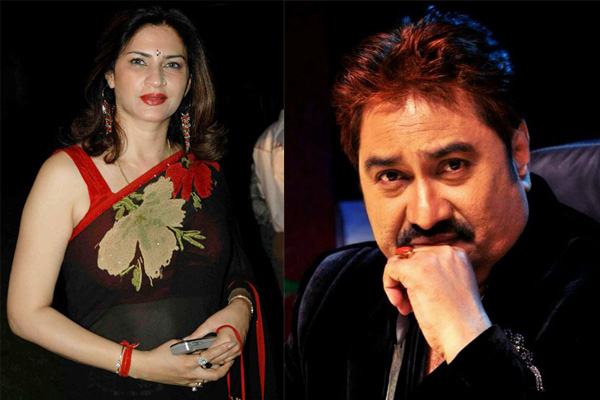 After one failed live-in relationship, she fell in love with a famous Bollywood singer, Kumar Sanu in 1993. He was already going through a rough patch in his marriage when Kunickaa met Kumar Sanu. She came into his life when he was living separately, under a lot of stress. From sharing his fears to his stress to his pain, Kunickaa and Kumar found love. She used to travel with him all over the world for his concerts. She was playing the duties of being the better-half perfectly by managing his finances, his bills and his responsibilities towards his family. Unfortunately, that relationship also didn’t last for a very long time and they parted ways. After her relationship with Kumar Sanu ended, she was in deep shock and decided to turn into a sanyasin. But soon, sense prevailed and she decided to invest all her energy into her work. After that, she did some good films and was often compared to Bindu for her negative characters. Along with acting, she dabbled in social work a lot as that gave her peace.

You May Like: Single Mother Performs 'Kanyadaan' At Her Daughter's Wedding; Inspired Others To Share Their Stories After one failed marriage and two broken relationships, Kunickaa didn’t lose faith in love and the institution of marriage. As she considers herself to be a romantic at heart, she fell in love again in 1998. He was a tall, handsome and impressive man from the States with whom she fell head over heels in love and decided to get married. After marriage, she shifted the base to the US and was soon blessed with a baby boy. But she wasn’t too happy in the US and wanted to shift back to Mumbai. After trying very hard, Kunickaa and her second husband got amicable divorced in 2006, amicably. As promised by her husband, there was no custody battle for the child and she happily took her son along, also she never stopped her son from meeting his father.

Also Check: 9 Bollywood And TV Actresses Who Are Above 30, Single And Rocking It! 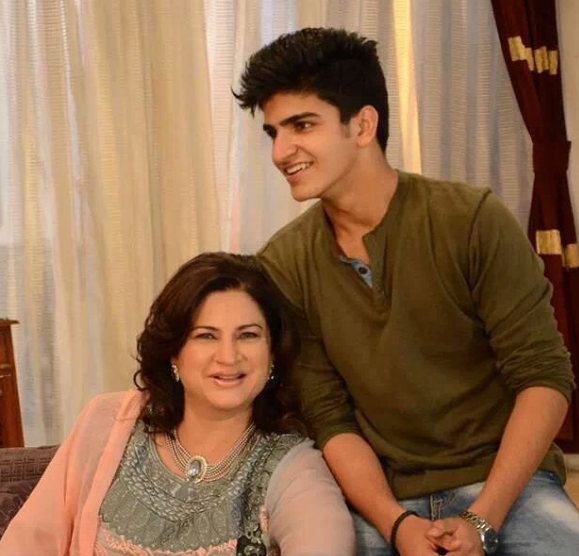 As far as her personal life goes, she has never really been lucky in love, as her two marriages and two live-in relationships failed. After her last relationship failed, she shifted back to Mumbai, but this time as a single parent, with a motive to look for good work in the industry. Talking about her struggle, she once said:

“After my son was born I went through a break up in my second marriage. That shattered me terribly, I felt like a failure in my personal life, I believed that I couldn’t keep my marriage together and started finding faults in myself. I returned from U.S where my marital home was and got back to the struggle of getting work in the film industry and raising my little one as a single parent, without any support financially. It was tough, specially the odd hours that the film industry keeps. Thanks to my little sister and mom, I pulled along somehow.” 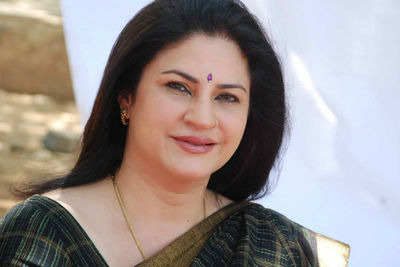 Talking about all her failed relationships and men she met in her life, Kunickaa said:

“Looking back, in all my relationships, I’ve always had issues with people becoming overly possessive of me. Now I realize that it was probably because I was a bit immature. I also wanted to make a career in films and perhaps, these men felt a little left out.” 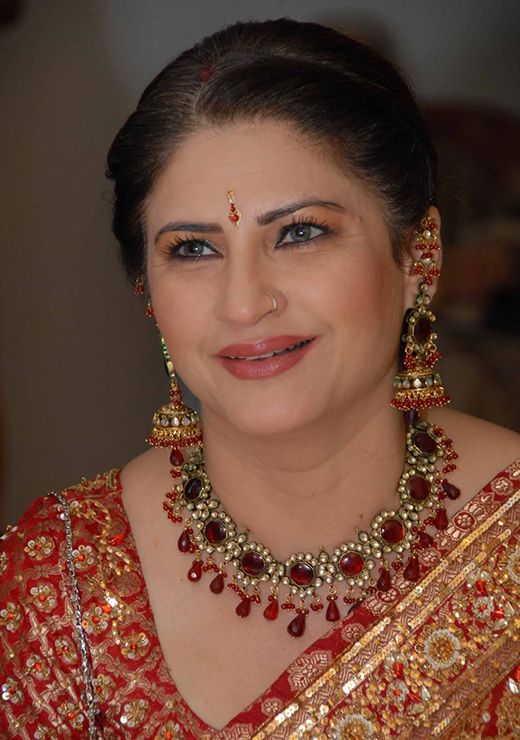 Four years ago, when she was talked about all the ups and down of her life, she said:

“Today, at the age of 50, I am in a very happy space. I have no regrets or ill-feelings towards anybody. Both my ex-husbands are my friends. I am a motivational speaker and I share my life’s many experiences with others. I have realized that as you keep healing yourself, it’s amazing how happy you become!” So, is she open to getting married again? She has a very optimistic approach towards it:

“I don’t know whether I would like to get married again. I am not lonely, but I would definitely like to have a companion in my life who also has the same aspirations to do good work for humanity and live a good life with no prejudices or anger.”

Today, at the age of 54, Kunickaa is in a very happy space and has no regrets in life. She has been perfectly juggling between her acting career, social work and responsibilities as a single parent.