There was a thing about the movies of the 80s. Uncomplicated love stories with family being the only hindrance, cute, clean-shaved heroes and chirpy actresses prancing around trees and passing shy glances at each other and worth-remembering dialogues, the era of 80s is truly an unforgettable one. 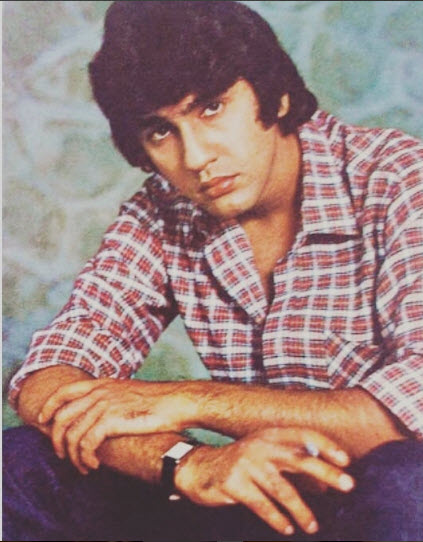 Speaking about the era of 80s here, there was one actor, who although did not manage to garner much accolades in his films, but was famous for sweeping girls off their feet with his chocolate-boy looks. Actor of super-hit film, Love Story, Kumar Gaurav had a tremendous female fan following. Though not very popular in films, heart-throb of the 80s had a complex love life with a fling, a broken engagement and finally, a marriage. The unique part is, all these three love-related activities in this superstar son’s life happened with three different women! Yes, welcome aboard to Kumar Gaurav’s love story. Born in Lucknow, Kumar Gaurav’s first love was always acting. Not many people know but Kumar Gaurav’s original name is Manoj Tuli. Son of superstar, the late Rajendra Kumar, Gaurav tasted massive success with his very first super-hit film, Love Story, under his father’s banner, where he starred opposite the beautiful Vijayta Pandit. Having a superstar dad often raises huge expectations and unnecessary pressure for a star. In a throwback interview with Hindustan Times, Kumar Gaurav stated:

”Initially I did feel the pressure because there were expectations because of my dad’s name. But I did whatever I could, to the best of my abilities.” 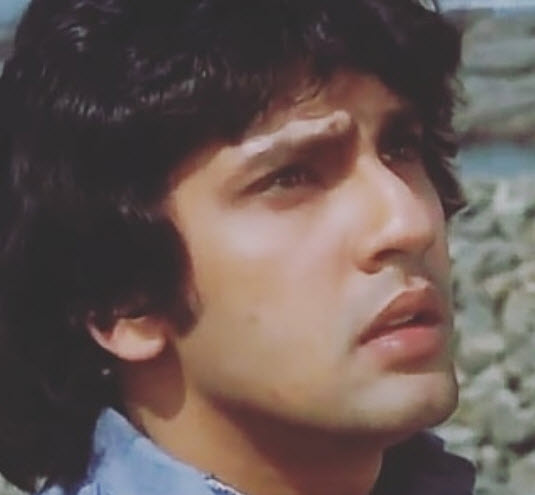 It was said that that Kumar Gaurav had received overnight stardom after his first hit. With looks like him, people had started comparing him to superstar Amitabh Bachchan and female fan following to that of Rajesh Khanna! But what is often stated as bad luck or fate, success did not last long in Kumar Gaurav’s life. In almost 13 active years of his filmy career, none of his films other than his first one managed to win the hearts of his audience. Kumar was last seen in Kaante with his brother-in-law, Sanjay Dutt. Speaking about his good-looks, superstar Shah Rukh Khan was smitten by Kumar Gaurav’s looks! Yes, King Khan himself shared the same in an interview:

"Initially I used to feel I look like Kumar Gaurav (son of Rajendra Kumar). He was the first star I wanted to meet. I was happy that I looked like someone good like him (Kumar Gaurav)."

Fling with a co-star 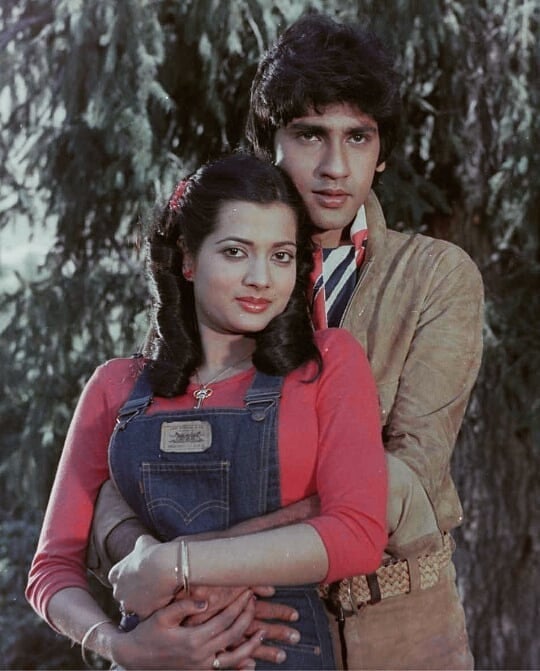 Kumar Gaurav and his co-star, Vijayta Pandit’s tuning in the film is a treat to everyone’s eyes. With so much innocence, good looks, superb acting and love in one frame, Love Story had to be a hit! Soon, rumours started doing rounds that Bunty (Kumar Gaurav’s nickname) and Vijayta’s on-screen chemistry has continued off-screen as well. Major reports of an alleged affair brewing between the two started pouring in. Rumours had it that the duo was so serious about each other, that they were even thinking of getting married! But as luck would have it, Kumar’s father, Rajendra Kumar did not accept Vijayta to be their ‘ghar ki bahu’ and thus, ended a brimming affair.

Enmity with a famous Bollywood actress 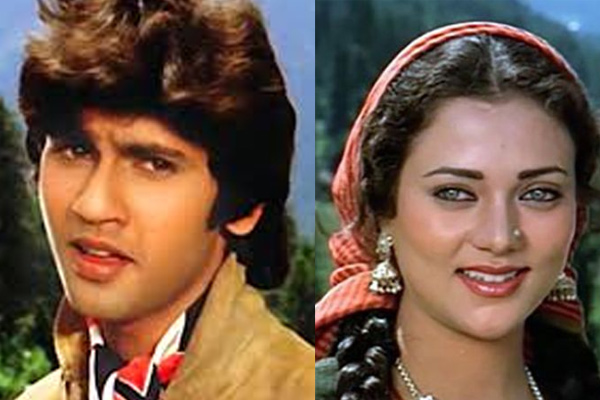 Many people come in Mumbai with the dream of becoming a part of the glamour world. While some taste success immediately which lasts long, some do taste it only to part ways with it, sooner or later. Kumar Gaurav’s story was such. After receiving humungous success in his first-ever Bollywood stint, the Teri Kasam star was hell-bent on the fact that he will only work with established actresses, henceforth. That is where Mandakini comes into the play. Producer Dinesh Bansal wanted to sign newcomer Mandakini and Kumar Gaurav in a film. But the Ram Teri Ganga Maili star was a newcomer then and inspite of desperate attempts to persuade him, both by Mandakini (then newcomer) and Dinesh, Kumar did not budge with his decision to not work with newcomers and hence, the movie was shelved.

Must Read: Ajay Devgn's Wife Kajol Once Wanted To Leave Home With Kids After A Rumoured Affair With His Co-Star

A disheartened Mandakini went back to her home town. Sometime later, Mandakini was offered her first film, Ram Teri Ganga Maili by Raj Kapoor and the rest we know, is all history. By then, the hype around Kumar Gaurav had begun to diminish as his films weren’t doing too well at the box office. Meanwhile, Mandakini became a superstar and years later a film was offered to the Jeeva star right opposite Kumar Gaurav. More so, Kumar himself had recommended Mandakini’s name for the film. Mandakini agreed to do the film but only on one condition, if they change the hero of the film and she had also reduced her pay (probably to give it back to Kumar)! The filmmakers dropped Kumar out of the film. Karma played a role and since then, Mandikini became Kumar Gaurav’s sworn enemy.

Broken engagement with daughter of ‘First Man’ in Bollywood Often regarded as the ‘First Man’ in Bollywood, Raj Kapoor and Kumar Gaurav’s father belonged to the same era and hence, were close friends. Raj was impressed with Kumar Gaurav and wanted his daughter Rima Kapoor (now Rima Jain), to get married to each other. Kumar and Rima had even gotten engaged but unfortunately the engagement broke. Why? By the time Love Story came by, Kumar was already engaged and his link-up stories with co-star Vijayta was already a hype in media. As a result, Kumar Gaurav’s engagement was called off.

Don't Miss! Raj Kapoor's Love Life: Krishna Kapoor Left The House Once Because Of His Affair With Vyjayanthimala

Marriage to a superstar family’s daughter 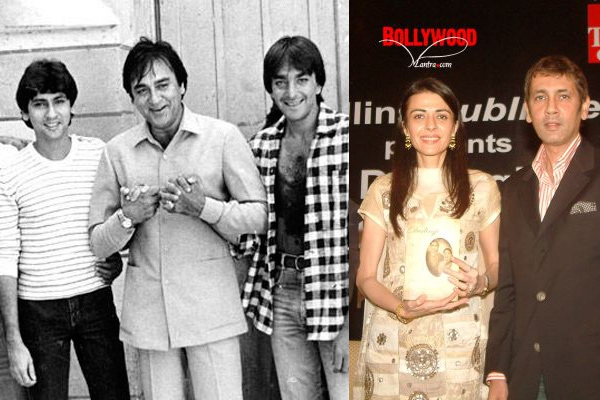 It is hard to find someone alike. And Kumar Gaurav was lucky enough to find someone familiar. It is after two heartbreaks that Kumar found his life partner in legendary actors, Sunil Dutt and Nargis’s daughter, Namrata Dutt. Both Kumar and Namrata are very reserved in nature, but both broke the ice as soon as they met each other. In an interview with DNA, Kumar Gaurav’s wife-Sanjay Dutt’s sister, Namrata Dutt shared:

“I am an extremely reserved person and find it very difficult to make friends. But with Bunty, I connected instantly. We are so similar.” 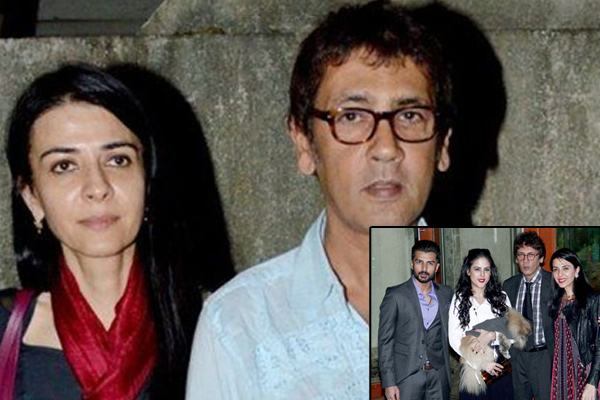 Kumar and Namrata are blessed with two kids- Saachi (married to legendary director, Kamal Amrohi's grandson, Bilal Amrohi) and Siya. In a throwback interview, he was asked if their kids wanted to pursue acting. He had then shared:

“No. The kids are not interested in films. Saachi is studying literature and Siyaa is into fashion designing.” Aged 58, Kumar Gaurav was one of the most handsome actors in the B-town. The actor is now a successful entrepreneur, with no intention of returning to films. So, does he miss the glitz and glamour? The Phool actor shared in an interview:

“Acting is definitely my first love, but I will not just sign on any movie for the heck of it. I don’t miss the public eye at all!”

“I’ve been keeping busy in life. I have a travel business in Maldives and I was into some construction (business). I’ve not been doing films because I haven’t been getting good offers. Nothing interesting has come my way. The day I get one, I’ll do it because I want to believe in it and enjoy it. I just don’t want to do films for the heck of it.”

Well guys, that was all about Kumar Gaurav’s story. His love story and career is an inspiration to many, especially those who are scared of taking the first step. How did you like his love life? Did you know about it all? Let us know in the comments section below.

Next Read: Mala Sinha's Love Life: Lost Her Heart To Her Co-Star In Nepal, Always Kept A Long-Distance Marriage